If eternal youth meant swapping DNA with a lobster, would you be up for it?

And no, I’m not using “swapping DNA” as a euphemism for bestial naughtiness. I’m really asking: if you could be eternally young and internally healthy, but it meant taking out some of your DNA and replacing it with that of a giant sea insect, would you?

That choice could be a real one, and sooner than you may think. The next few decades are going to see a plethora of mind-blowing anti-aging technology that goes well beyond facelifts and Viagra, and our invertebrate bottom-dwelling cousins could be key to some of the most promising cures to the disease of being old. Not exactly kosher, but when you get to play God, who cares?

Before we go full lobster, let’s ease into this anti-aging thing with a technology that leaves your DNA alone—heck, it doesn’t even go skin deep. Researchers at MIT have developed a polymer that sits cleanly, softly, and invisibly atop the outermost layer of your epidermis and keeps things tight, elastic, and supple as a Saran-wrapped baby’s bottom.

It appears as though the hardcore scientists behind this research, who have springboarded the polymer into a startup called Olivo Laboratories, didn’t set out with an aging solution in mind. Other applications, like invisible, fast-applying, and body-conforming bandages were forefront in their thinking, but let’s face it—beauty is way more profitable than personal health and safety.

It’s a cool product: a clear gel is applied first, then a Jergens-like catalyst is rubbed on after to activate the polymer. The result is a thin cohesive layer of molecules that are soft to the touch yet possess a great deal of surface strength. It can hold back wrinkles and seal gaping wounds, and is sure to be equally popular amongst aging bluebloods and those who are simply bleeding to death.

Now let’s take a journey from the surface of your skin to the nuclei of your cells and the very blueprint of the amazing creature that is you. Fuck off, Ms. Frizzle—I’m driving the bus this time, and this field trip is brought to you by our corporate sponsor Calico.

This Google…er, sorry, Alphabet, Inc….spinoff made major waves when it was first announced in 2013, but aside from a few less-than-detailed press releases they haven’t been making a whole lot of news despite some serious backing and brain power. It could be because the problems they’re tackling are huge and fundamental to the issue of aging. Calico isn’t looking to be first to market with a partial fix. They want to decode the aging process so they can hack it however they want and eliminate it altogether – if that’s possible.

That’s where lobster DNA—and DNA from other seemingly-ageless creatures—comes into play. Calico, and other groups like the research-oriented nonprofit SENS Research Foundation, are looking at a variety of species with naturally “negligible senescence” to see if their genetic makeup can provide a map to our own Fountain of Youth. They’re leaving no stone or rockfish unturned, and though there aren’t any viable therapies or products on the horizon, research has been promising.

Both organizations are completely serious about the prospect of indefinitely prolonged life and health and they’ve got some of the best minds around saying it’s entirely possible. With any luck, we’ll soon be living in an age where the rich never die and the poor become a food source!

Ushering in the Age of the Cellular Holocaust

Unity Biotechnology is also taking a cellular approach to the ugly, ugly problem of getting and being old, but they’ve got a narrower focus than Calico and SENS. In fact, they think they might already have the key to the aging process figured out and ready to burn away, almost literally. It’s all based on research with mice, like everything else cool that medicine ever does, but this goes further than anything ever done before. 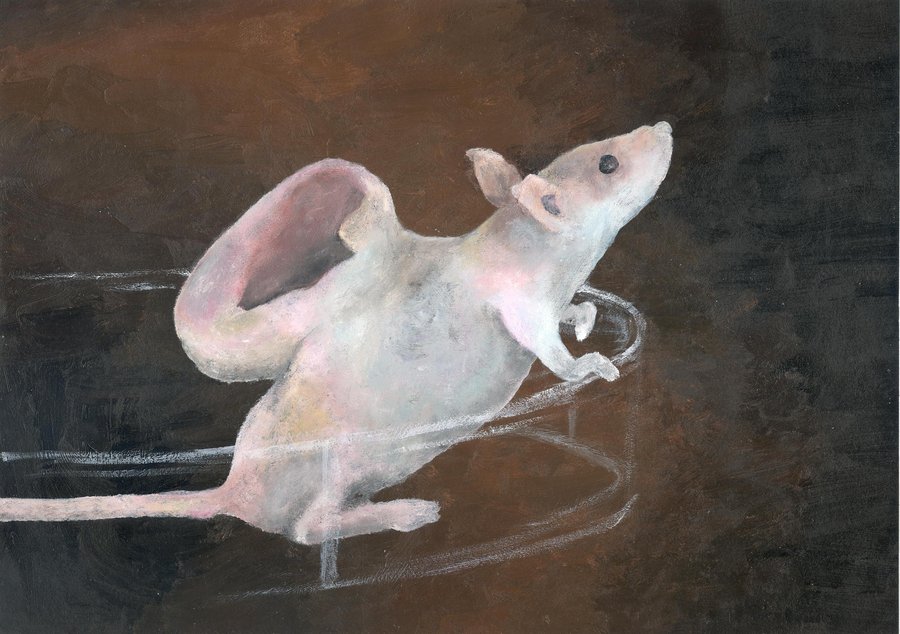 Yes, even further than that.

The gist of it is this: in mice (and in humans, preliminary research suggests), aging seems to be triggered when a handful of cells just randomly (or for reasons unknown) stop dividing but don’t die; instead they just sort of hang around and suck up nutrients. Cellular division, for those who flunked high school biology, is both how we grow and how new cells are created to replace old and damaged cells. When division stops occurring, a cell has essentially lived out its usefulness and ought to go away, but for some reason they get more stubborn as they age.

Once a few cells hit this curmudgeonly, stuck-in-their-ways time of life, it triggers a response that induces aging and age-related problems in other cells. If this first handful of obstinate senior cells could be routinely cleared away, Unity theorizes, that could be enough to stop widespread aging throughout the body and allow ongoing cellular division to keep our steps springy and our skin less saggy.

This would also prevent things like arthritis, dementia, osteoporosis, and other less-important, non-cosmetic things.

We Can Make It Better Than It Was. Better. Stronger. Liver.

But why go through all the trouble of preventing aging when it’s so easy just to grow new parts as the old ones wear out? That’s the thinking behind the team of researchers at Wake Forest University and India-based Pandorum Technologies, both of which have been developing proprietary methods for printing real, working, “living” tissue. 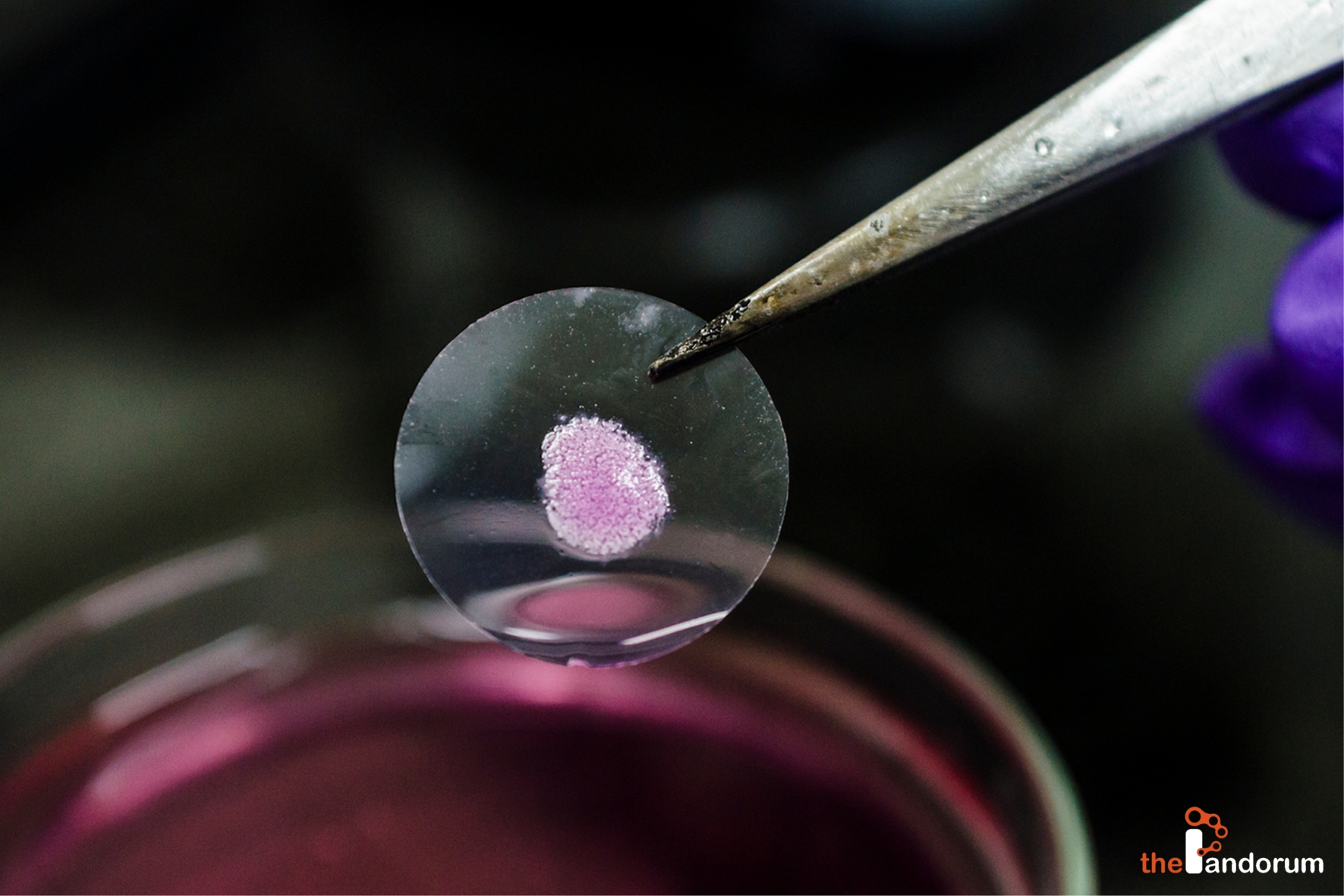 Yes, 3D printing and biological “inks” are coming together to make organ donation, donor matching, and waitlists a things of the past. The Wake Forest team has printed jawbones, cartilage structures, and other tissue and organ prototypes, and Pandorum claims to have printed an organic tissue that can function as a human liver. While there are still going to be years of clinical trials and regulatory hoops to jump through, these aren’t “something to look forward to” technologies—they’re here right now, they just need to be tested and refined.

Bad news for anyone hoping to sell a kidney to fund their retirement, but it makes the prospect of testicular cancer slightly less unappealing.