When it comes to getting your nutrients, eating healthy is the best start. But once you’ve eaten, few people have much in the way of easy insights when it comes to the actual absorption of those nutrients—checking vitamin levels and mineral levels within their bodies. You used to have to get blood samples to check these kinds of metrics, but the startup scene is working on changing that. Vitastiq is a smart device that enables users to track, evaluate, and control their vitamin and mineral levels.

The original Vitastiq device raised $278,136 on Indiegogo last year. The company decided to also put Vitastiq 2 on the crowdfunding stage, and as of campaign completion on September 5th, the sequel had raised just shy of $200,000—backers are still able to participate and pre-order the perks.

The key to the experience is the non-invasive nature. Users first launch a mobile application and create their profile based on a template or custom settings. The user then removes all jewelry, washes their hands, connects the Vitastiq to their phone, and then follows a few simple prompts in the app. There’s no pricking, no blood collection, and no pain associated with the process. Rather the app shows users which precise places on their body will allow them to check for which vitamins and minerals, and they tap those precise places with the end of the stick. 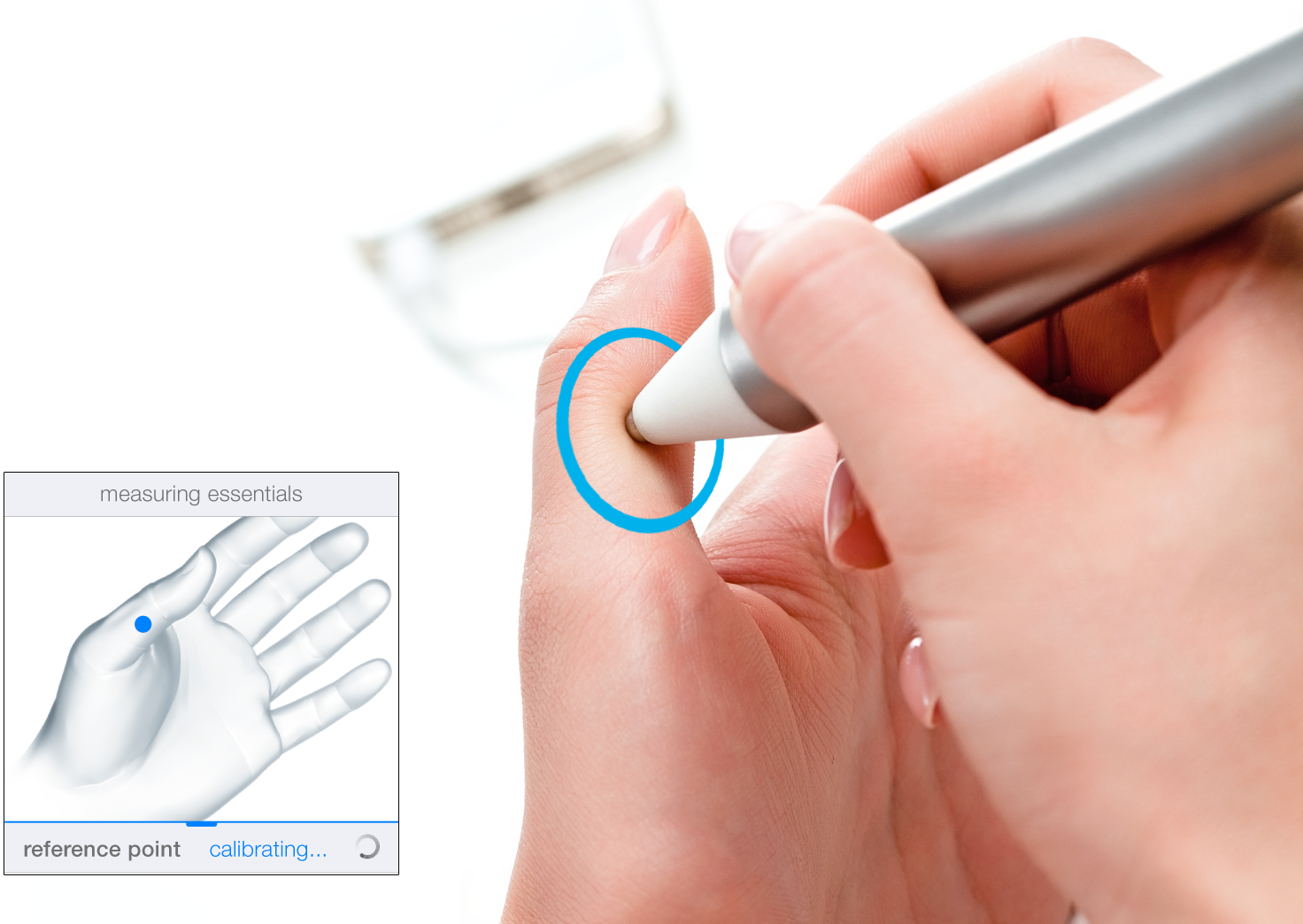 The mobile app logs mineral/vitamin levels and offers personalized advice on how to improve the levels with the right nutrients. Additionally, the app saves and evaluates previous readings and informs the user about the relationship between a nutrient and a particular body level. As time goes on, users are able to monitor the general nutrient trends and view a wider picture regarding vitamin and mineral status, and their overall health. 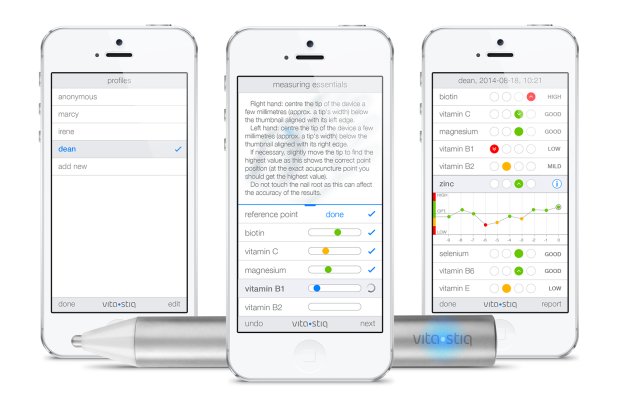 The main improvement of the Vitastiq 2 over the first iteration is the Bluetooth connectivity that provides more reliable transmissions between the device and smartphones and tablets. The vitamin level tracker also sports a rechargeable battery, is more durable, and is lighter.

You can currently purchase an original Vitastiq device for approximately $122 (the company uses Croatian currency), including shipping. It can, however, be purchased on the Vitastiq 2 Indiegogo campaign for $79. The Vitastiq 2 is available for pre-order for $99 with an estimated shipping date of November, 2016.

The first campaign for Vitastiq launched at the end of 2014. It met its funding goal 5x over, shipped on time, and qualified for Indiegogo’s InDemand feature, which meant items were shipped to users in over 90 countries. In 2015 Vitastiq won the 2015 CESAward for best user experience. It was also voted best startup at the Google Campus Warsaw workshop, and the team’s stand was the most visited two years in a row at the Vitafoods Europe event.

The technology used to measure vitamin levels is EAV, also known as “electro-acupuncture” technology. Its purpose it to monitor the relationship between the present body condition and a particular nutrient. Pharmacists, nutritionists, and other experts have been using electro-acupuncture for years, albeit with large analog devices that aren’t practical for consumers to use.

There are detractors, however. According to pseudoscience expert Dr. Steven Novella, host of the Skeptic’s Guide to the Universe podcast, the technology used to measure galvanic skin response has applications for lie detector tests, but it has not been shown to accurately measure vitamin and mineral levels. According to Novella:

The galvanic skin response pseudoscience is then combined with acupuncture pseudoscience, leading to the claim that the conductance at a particular point on the body relates to a specific condition or physiological parameter. Such claims are completely devoid of scientific backing, however. In short, this is complete and utter quackery. It is a sad commentary that enough people bought into this nonsense that the campaign was fully funded.

At less than $100, the promise of a non-invasive way to check your vitamin levels may be a leap of faith worth taking—you can never catch a condition like anemia too soon. Those who require a little more scientific validation, however, and those who don’t mind needles, may want to stick with blood tests for the time being.