Exoskeletons are pretty darn cool. They could make soldiers more efficient, have people with disabilities walking again, and even made Tom Cruise look kinda cool in 2014. Now that we know how great powered robot suits are, it’s time to put the kids to work so they know how to get them up and running. A project on Kickstarter called EduExo attempts to do just that, with a 3D-printable exoskeleton kit that educators and students can use to program and construct robotic exoskeletons. It has already reached its campaign goal of $8,000, but it’s not too late to book your own EduExo kit.

Developed by Volker Bartenbach from Switzerland, EduExo is a project that attempts to give young learners the tools and instruction required to build an exoskeleton. It doesn’t include parts to build an entire exoskeleton since it is meant to be an introductory educational device. Instead, kids can start learning the ropes with a more practical robotic elbow module. It comes along with a handbook with instruction on how to program the electronics as well as some background information on the history of the technology.

The hardware part of the product combines off-the-shelf items such as an Arduino board and a motor with custom cuff interfaces and a general scaffolding that forms the frame of the exoskeleton. The handbook explains how to write the software that makes all those components work the way they should when they’re combined. Although it will be many kids’ first time at the robotics rodeo, EduExo also covers some pretty advanced concepts after going over all the 101 stuff. 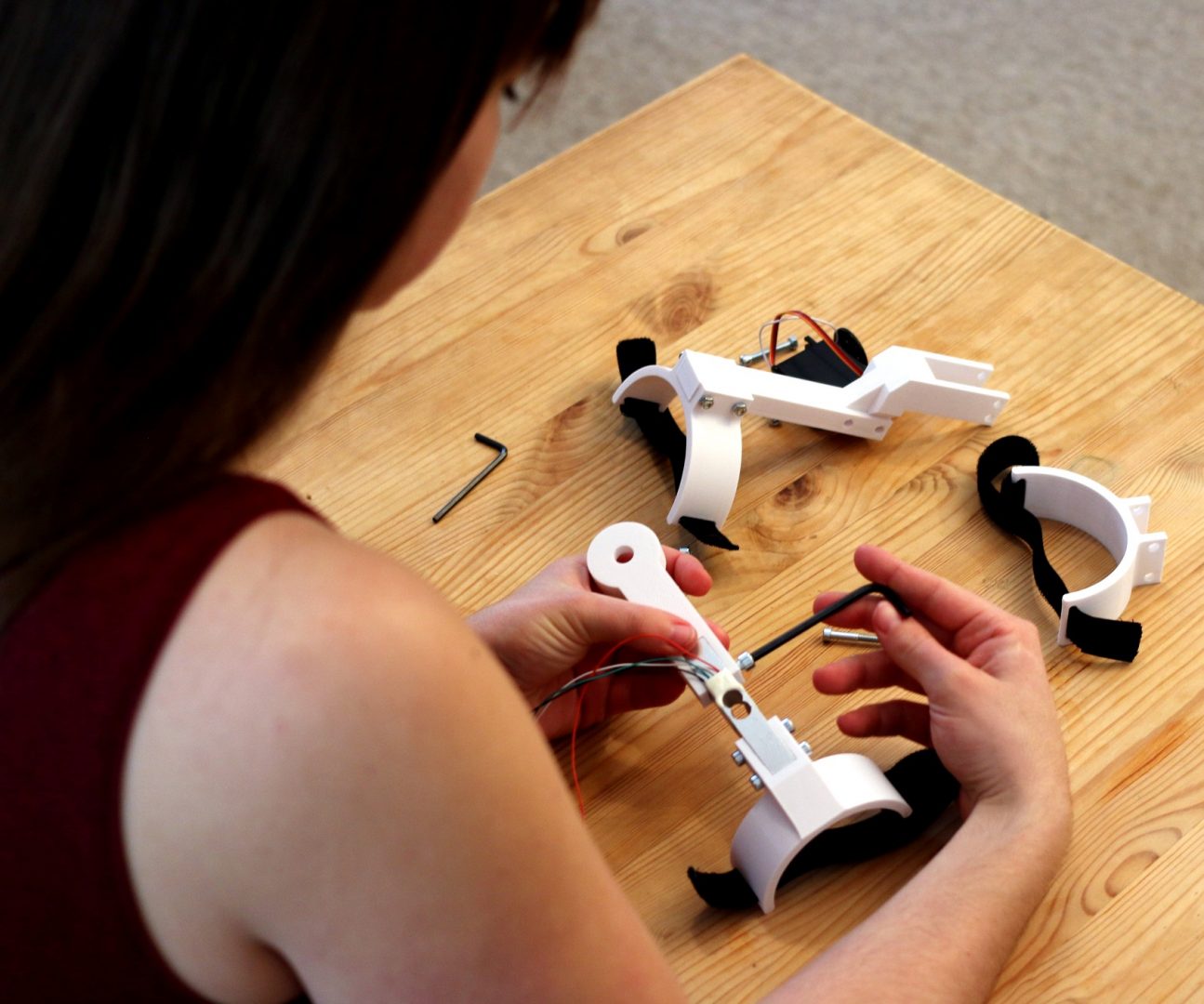 For example, users are taught how to create a computer game to which you can connect the exoskeleton as a controller. An electromyography (EMG) sensor is offered as an optional add-on to the standard kit. The sensor can be connected to the Arduino microcontroller using cables provided by EduExo. Programmed the right way, the EMG sensor can be used to detect where a user wants to move their hand, which is an interesting way to preempt commands and adjust the exoskeleton accordingly.

Given that it strikes a nice balance between educational and “Holy shit I just built an exoskeleton,” it isn’t surprising EduExo’s Kickstarter campaign is a success. It has raised $9,800 so far with a little more than two weeks to go. $30 gets you the Maker Edition, which assumes that you have access to a 3D printer and the know-how to print out all the parts. If you don’t, you can have the exoskeleton parts shipped additionally as part of the $165 pledge package. Deliveries are expected to commence August 2017.