Everyone who has children knows how important it is to record things like first steps, first words, and first musical performances. The same goes for computer intelligence, which is why famed scientist Alan Turing and Christopher Strachey—with the help of a BBC crew—recorded the first ever computer-generated songs in Manchester, England back in 1951. Those recordings of electronic music were recently rediscovered and remastered by UC professor Jack Copeland and composer Jason Long.

Here it is below. You’re essentially listening the first EDM music ever recorded:

Of course, Turing, like many scientific heavyweights throughout history—Newton and Darwin come to mind—didn’t even bother releasing his musical innovation initially. He simply created a sound machine; it took the schoolteacher and pianist, Christopher Strachey to convince him to create recognizable computer melodies that would capture the public’s attention. It became the first step in the evolution of electronic music that would sweep the world over the second half of the 20th century. 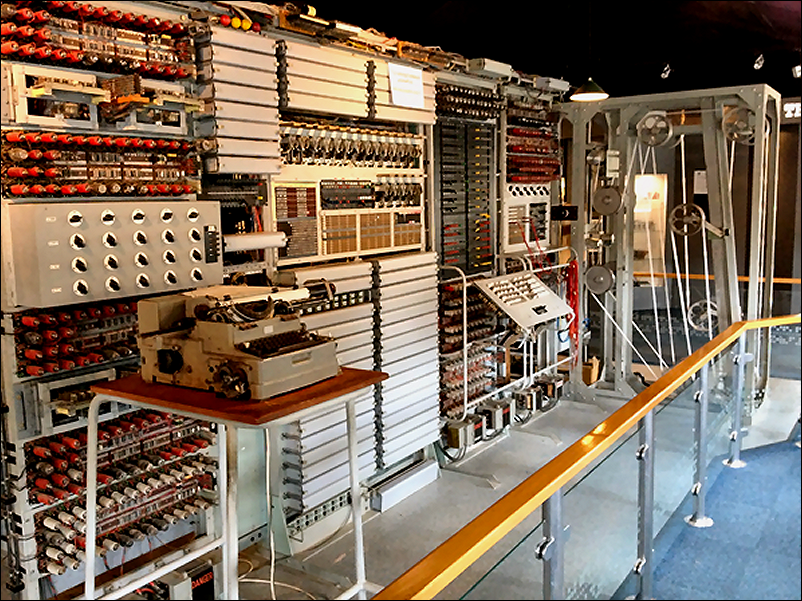 The computer Turing was using was called the Mark II, a variation of the model the Allied forces used to crack German cyphers during WWII. It was connected to a loud speaker, and programmed to make tonally accurate sounds. He programmed it to play, “God Save the Queen,” “Baa, Baa, Black Sheep,” and “In the Mood,” a swing song by Glenn Miller that’s probably about sex.

Unfortunately, time did its slow work on the BBC recordings—Copeland and Long found that the frequencies didn’t reflect the original audio. By adjusting speeds and filtering noise though, they were able to do justice to the first songs ever recorded by a computer. 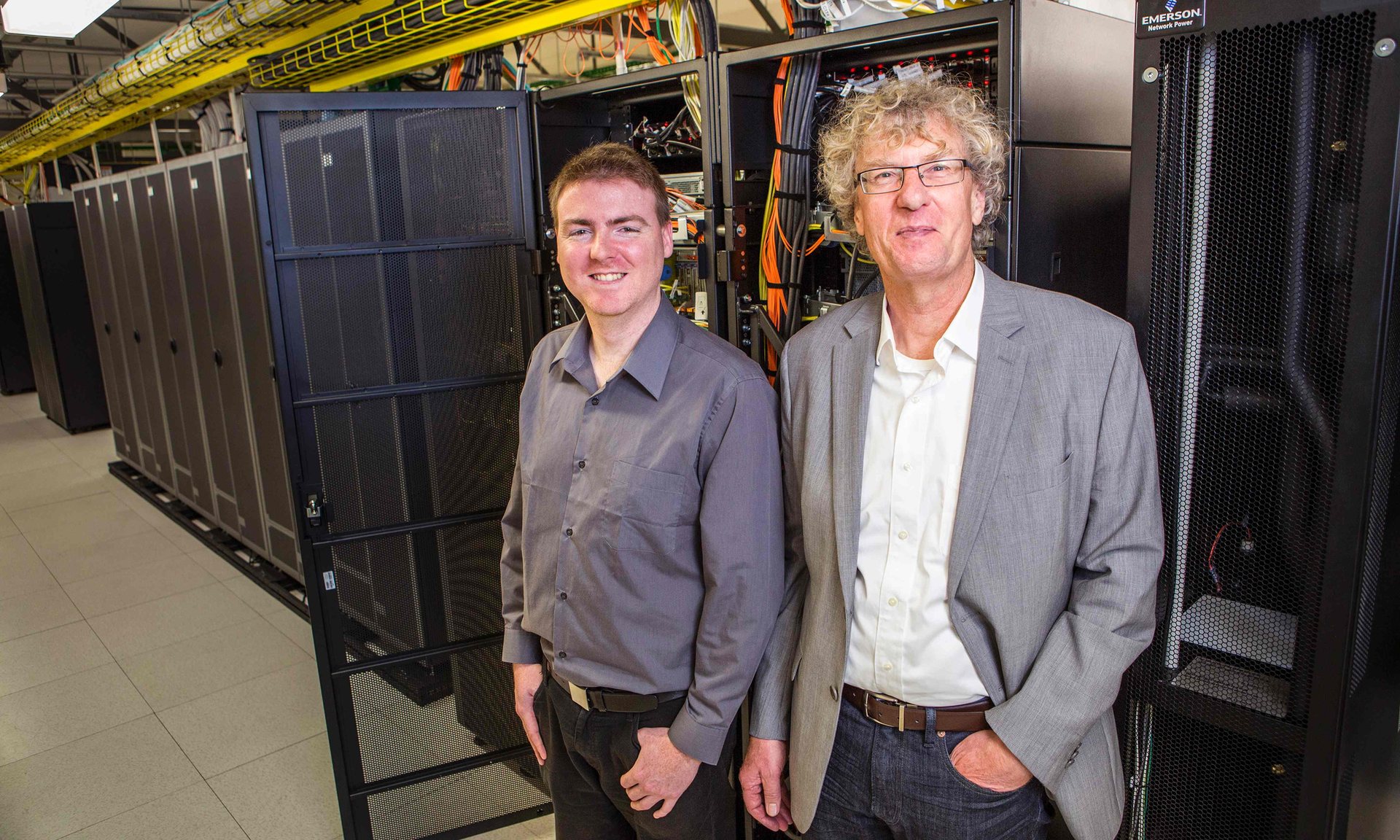 (Image via the Guardian)

So what did British society circa 1952 give Turing for all of his pioneering work? A medal? A bust? A key to the country? How about a forced chemical castration?

Only a year after those computer-generated songs were recorded, Turing would undergo bizarre persecution by the British justice system. A burglary report for Turing’s home led to an investigation into Turing’s relationship with a young man named Arnold Murray, and after a trial, Turing was given the choice of imprisonment or chemical treatment (to “cure” his homosexuality). 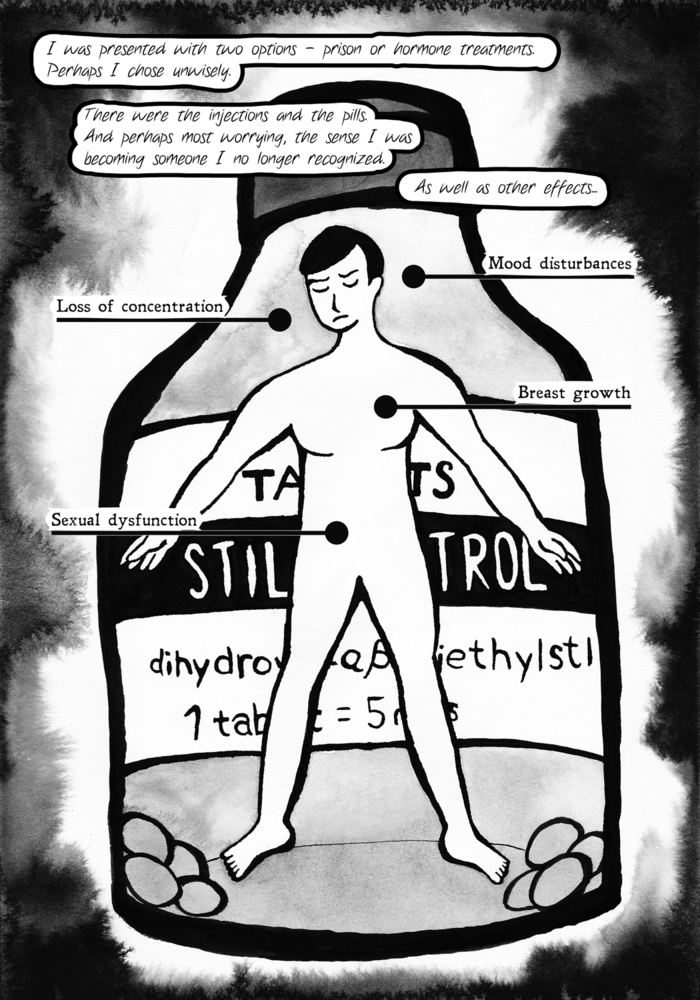 He chose the treatment, which destroyed his sex drive and gave him breasts during one of the last years of his life. Speculation still abounds about whether or not Alan Turing symbolically killed himself with a cyanide-soaked apple, or whether he was poisoned in a botched lab experiment, but his criminal treatment is a poignant reminder of how wrong prevailing wisdom can be. He’s the OG tortured genius.

Since Turing’s time, computer-generated music has gone from novelty to norm. Right now there are hundreds of teenagers on molly dancing to electronic music in a basement somewhere while a DJ presses buttons on a laptop. They can all thank Alan Turing for that. 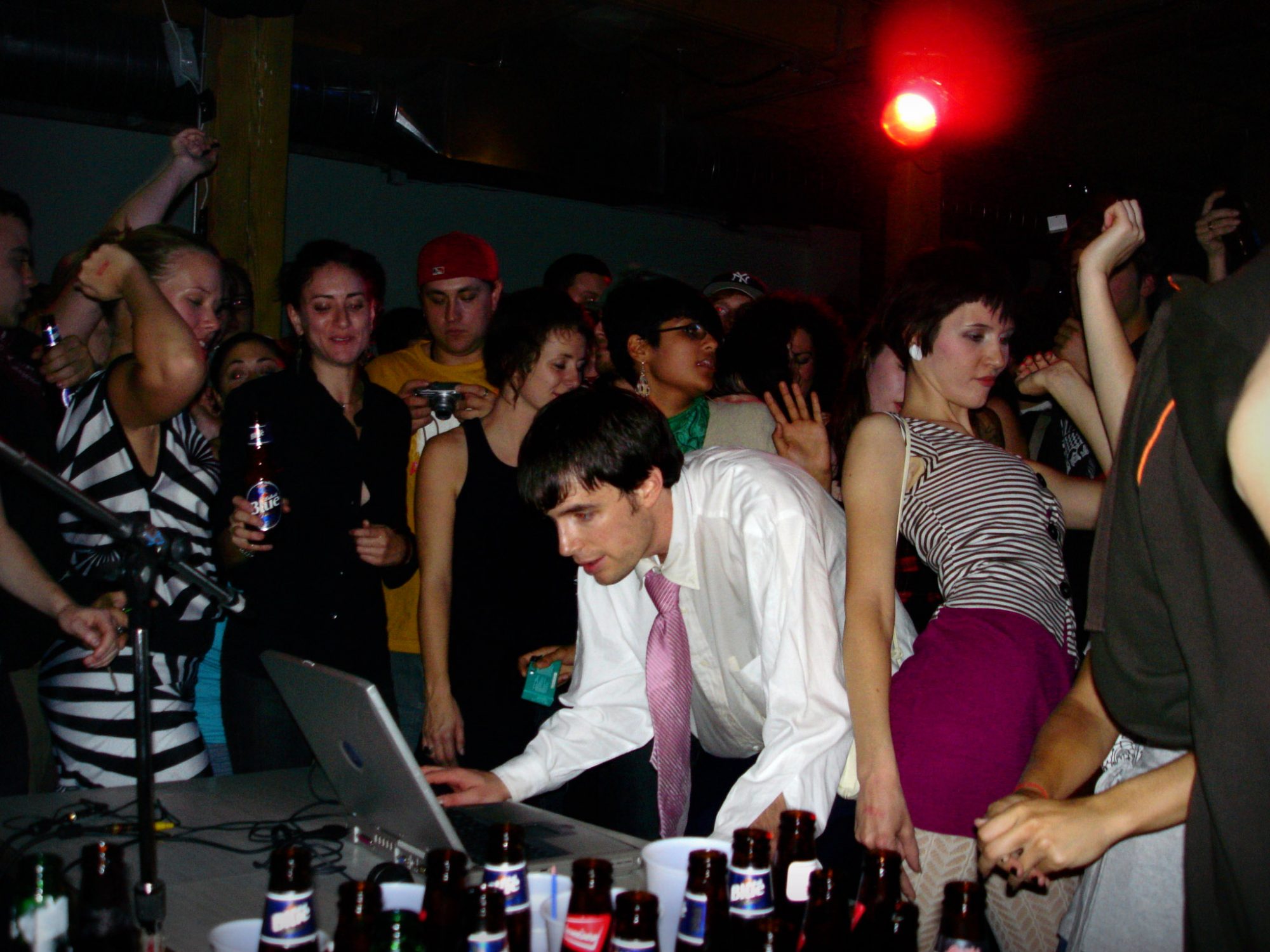 No one ever said it was his greatest invention. (Image via Wikipedia)

The trend isn’t slowing down anytime soon, either. Computers are already being programmed to make their own music.  Jukedeck, for instance, can create an original piece of music based on a few parameters like genre, length, feel and tempo. It’s very helpful for video producers, who are constantly looking for royalty-free music.

Automative Insights recently launched an AI that can write news stories too, so I guess we’re all on the chopping block here. I like to think it’s Turing getting his revenge on us, even though I know he never would. He was committed to the science. The rest was history.