Most of us associate Google with its search engine, but Alphabet (its parent company title) is actually in the midst of several projects in the world of healthcare. Furthermore, it isn’t all about tech – Google Ventures, for instance, has been funding several healthcare startups that could one day revolutionize medicine. Let’s take a look at some of the healthcare moves that Alphabet has been making as of late.

Google Glass has been discontinued by the company, but that doesn’t mean its technology is going to fall by the wayside. In fact, the enterprise sector (Glass at Work) is working with several partners to rebrand the technology, including Advanced Medical Applications, APX Labs and Augmedix. These companies are utilizing the technology to enhance patient care by allowing doctors to spend less time on tasks, such as searching through medical records.

On April 25, Augmedix announced that it had raised $17 million in a funding round to finance the expansion of its Google Glass-oriented system. Physicians who subscribe to the company’s service are using Google Glass to take notes during patient examinations.

CrowdOptic, the wearable developer, is working on outfitting ambulances with the capabilities to stream video back to physicians wearing Google Glass at hospitals. Also, an app announced developed with Harvard Medical School’s Schepens Eye Research Institute also allows the visually impaired to stream their smartphone screens to Google Glass.

The Company is Still Focusing on Ocular Health

Most recently, Google received approval for a patent it filed back in 2014. The patent would allow the company to develop a piece of technology (an electronic device) that could be implanted into the eye for vision correction or perhaps even vision replacement.

Over the past few years, Google has also been working to create a contact lens that could monitor glucose levels in patients. Novartis announced in 2015 that it intends to begin testing “smart” contact lenses with Google this year. 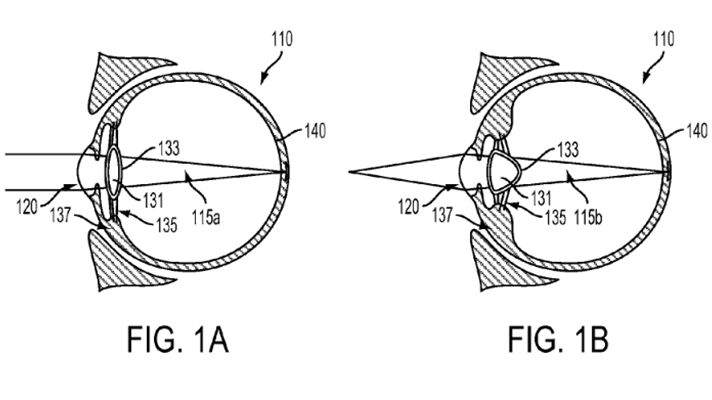 At Google Demo Day, a healthcare startup and app won the company’s top honors, which gave it the potential to market to Silicon Valley investors. Player’s Health, a Minnesota-based company, is just one of many health-oriented businesses that Google has recognized as of late.

In April, Google Ventures took part in Quartet Health’s second round of funding. The startup, which focuses on behavioral health, raised $40 million.

It Wants Us to Age Gracefully

Google originally developed Calico back in 2013. The ultimate goal of the new company (not just a branch) was to focus on health and well-being, particularly in terms of aging.

“Illness and aging affect all our families,” said Google CEO Larry Page. “With some longer term, moonshot thinking around healthcare and biotechnology, I believe we can improve millions of lives.”

Since it officially launched, Calico has worked with numerous researchers and groups, including the Jackson Laboratory, Cold Spring Harbor Laboratory, and AncestryDNA.

On April 26, Calico announced that it had established a multiyear collaboration deal with Jackson Laboratory, a nonprofit biomedical research institution. Together, both groups will fund research projects that look into the genetics of health and longevity.

“In partnership with Calico, we are bringing a genetic approach to discovering the mechanisms of aging, with the goal of identifying interventions that can increase maximal life span and improve health in late life,” said Gary Churchill, professor and Karl Gunnar Johansson Chair.

If you missed it, Verily became the name of Google’s life sciences company (now completely independent of Alphabet) back in 2015. Verily branched out of Google X’s project, which centered around the idea of developing a tech-infused contact lens.

Today, Verily is led by former LabCorp Chief Scientific Officer, Andy Conrad. Its science team is looking into everything from bio-molecular nanotechnology to precision diagnostics to improve our knowledge of ailments, such as cancer. Verily’s clinical team is partnering with industry hospitals, government, and academic centers to gain insight from the broader healthcare community.

In April 2016, Dr. Jessica Mega, a cardiologist at Brigham and Women’s Hospital and Harvard Medical School, joined Verily to serve as its chief medical officer. As the company has evolved with Mega, it has partnered with Biogen to work on developing better drugs for multiple sclerosis as of late.

They’re also looking to develop a device, called the “Connectivity Bridge”, that could eventually become “the backbone for digitally connected research“.

The bottom line is that if you think Alphabet might be working on one of your specific health concerns, there’s a good chance that it is. It can be difficult to keep track of all of its innovations, but as time rolls on, we’ll undoubtedly see their work impact our daily lives far more than it does today.