As of August 10, Google has announced that they’re going to completely re-do their operating structure. Google is a corporate giant, so why did they wait until now to re-do their corporate structure and who is this new CEO?

Google has never been a part of a conventional operating scheme or structure. Google has always been a company about pushing the envelope and trying to reach out to as many people as possible. In Google’s own words: “We did a lot of things that seemed crazy at the time. Many of those crazy things now have over a billion users, like Google Maps, YouTube, Chrome, and Android.”

Perhaps the biggest revelation from the reorg is that neither Larry nor Sergei will head up Google any longer. The title of CEO has been passed on to Sundar Pichai, who has worked at Google since 2004. 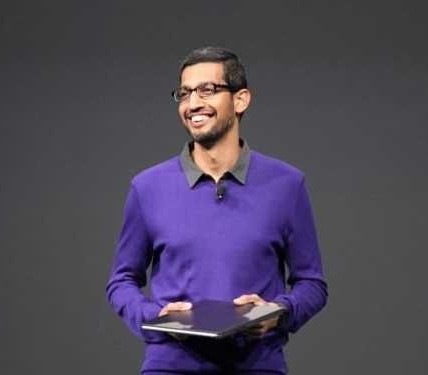 Sundar Pichai was announced as the next Chief Executive Officer of Google on August 10, 2015. Pichai will now oversee the core business.

Who is Sundar Pichai?

Sundar Pichai, who hails from Madras, India, joined the Google team back in 2004 where he took on the responsibility of product management. He played a major role in the launch of things like Google Chrome and Chrome OS. Sundar was also mainly responsible for Google Drive going live and becoming a thing (you’re welcome).

In March of 2013, Android was added to the list of products that he oversees, which was originally headed up by Andy Rubin. At the time, there were a lot of rumors that he was up for the position of CEO for Microsoft in 2014.

“G is for Google”. Google has been around since 1998 and they originally went public in 2004. First thing’s first, Alphabet is not replacing Google. Google’s Alphabet is simply a parent company for a large number of companies that Google has nurtured and developed over the years. Here’s a structured list as we know it of the Alphabet companies.

The current leadership of these companies under Alphabet will not change and will be continued to be run by the same people. Google wants all of these companies to remain independent and have full control over their own products and development. This was confirmed by the former CEO, Larry Page.

How Will Alphabet Work?

Google is at a place where they’re ready to try something entirely different and shake up the status quo. They are hoping the restructuring will not only keep their investors satisfied but allow them to preserve the philosophy of innovation and design set out by Larry and Sergei. Some speculate that the move might be a response to Google’s share prices and recent investor unease in the company despite doing $11 billion in ads.

With the reorg, Google’s business results will not actually be reported separately in their earnings reports. This will make investors happier and make themselves look a lot better on paper, regardless of their actual earnings. This strategy has already started to show some positive outcome as the Google shares have recently risen more than 6%. While there’s a lot of value in the current stable of ventures under Google’s umbrella, they are continuing to work on new opportunities for exciting products that investors are very interested in.

What Does This Mean For Current Employees?

Reportedly, this new structure will actually allow the current employees to enjoy new and better benefits. One of the main issues that Page discussed was employee acquisition and retention. With a clearer structure in place and the autonomy of its projects preserved, employees will be able to experience working on the cutting edge without the pervasive anxiety surrounding typical startup venture.