If you’re in a long distance relationship and all you’re doing is sending each other gifts, you’re missing out. UPS is not at the cutting edge of innovation in that field. Those who are at the cutting edge have been busy helping people hear loved ones’ heartbeat through a pillow, feel each other’s heartbeat in a ring, and even message kisses using an iPhone dock with fake lips. Once you’re done detecting your partner’s palpitations and making out with your phone, you can fall back on a simpler form of affection: touch, as facilitated over long distances by the HEY bracelet.

Based on the premise that “A touch is worth a 1000 [sic] words,” HEY attempts to relay affection remotely using a bracelet and some haptic feedback. The short version of how it works is that you squeeze the bracelet, and a loved one wearing the bracelet feels it through their own bracelet. It’s hard to say how much more effective that might be than a thoughtful text or a raunchy Snapchat pic, but an extra option is always nice.

To go into the functional details a little more, HEY works tandem with a smartphone app. Both bracelet and app are paired over Bluetooth. To initiate communication, you touch the bracelet at two different points (so as to avoid accidentally triggering the device). When the app detects a touch on your end, it notifies the app on your partner’s phone. That leads to the bracelet softly tightening around their wrist, which the makers claim mimics human touch. 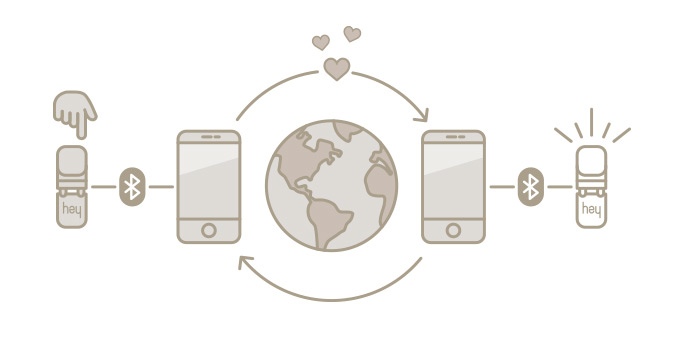 Those claims are not all anecdotal; HEY’s functionality is also based on academic research. The product was developed in partnership with Gijs Huisman, Social Touch Technology expert from the University of Twente. Apart from studying a field I had no idea existed, Huisman collaborated with the HEY team to make sure the product can “produce effects that are comparable with actual social touch in certain situations.”

“Markets that we are currently investigating are focusing on 1-on-1 relationships–think kids, elderly, hospitalized people etc,” says HEY’s Community Manager Tarja van der Goot.  The company hopes to expand that focus in the near future. “We have ambitions to also look into far more professional markets in order to use our technology for information transfer, like for navigational purposes.” 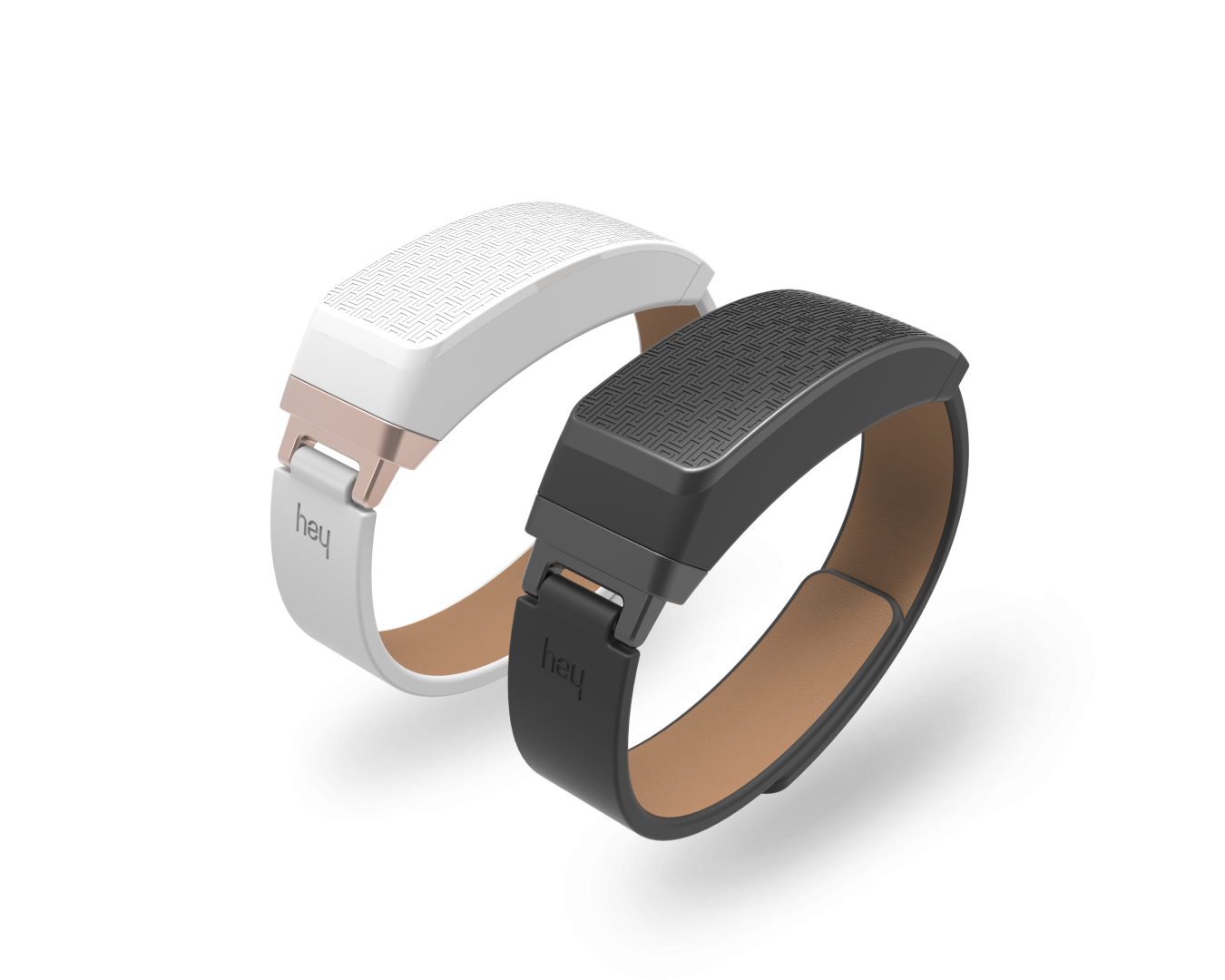 HEY is within touching distance of its $132,000 Kickstarter goal, with the help of over a thousand backers. The campaign has raised $107,000 so far with about three weeks until it comes to a close. Early bird units are being made available at $80, which is 40 percent off the expected retail price of $125. Each package includes two bracelets that come in individual boxes, along with two chargers and instruction manuals. Unfortunately, there doesn’t seem to be a way to ship each bracelet to a different location, which would have been a nice option for those already living apart.

“We want to make sure that we reach our target and get those bracelet shipped to our backers as soon as possible,” van der Goot says of the company’s immediate goals. Following that, retail channels will be explored. “Based upon the results of the Kickstarter campaign, we will automatically open up an online shop and will start contacting retailers.” Additional product features could also be in the pipeline, based on feedback from the early user community.