Sometimes, an idea starts off the right way; it’s based on a true premise and solves a real problem. Then you follow the idea to its logical conclusion, and you end up with a device that requires someone to make out with a phone dock to record the dynamics of their kiss, and then relays it to a partner who could be anywhere in the world. Yes, it’s kinda weird. But no, weird isn’t necessarily a bad thing. In fact, when it comes to salvaging love in long distance (let us not forget The Heartbeat Ring), weird is never out of the question.

Bizarre as it is, the assertion on which Kissenger is based is something with which we all likely identify. As the website explains, “Kissing is the most direct and effective way to express your feelings and love.” Word. The problem is, though, that classic “kissing” requires those participating to be in close physical proximity. That’s a problem modern innovators hate, because goddammit we have the Internet, and if we can see each other and hear each other from oceans apart, then there has to be a way we can kiss without having to actually touch each other’s faces!

So Kissenger is a thing. It has the form factor of an iPhone dock, but with a silicon ‘lip’ built into the front. You place an iPhone in the dock, and give the silicon flap a good smooch. Sensors embedded in the device study the kiss in terms of the forces applied over different parts of the lips. Then you message the kiss to a partner over an iOS app. When they hold the device over the lips, the kiss is recreated using actuators which apply forces at the same points with the same intensity. No tongue action is simulated; the device was built out of London, not France.

If what the Kissinger does sounds familiar, you’ve probably seen the Big Bang Theory episode in which Howard builds something very similar to help Leonard spice things up with his long distance girlfriend. While some of us giggled at the scene, others were having a eureka moment. In fact, a lot of people were. So far there have been three different attempts at building something like this. They’re all called Kissenger. Someone needs to get their heads out of the gutter for a second and work on naming innovation too.

The reason all these various devices exist, primarily, is that long distance relationships exist, and probably always will. That’s one of the primary use-cases mentioned on the Kissenger website. They also suggest it can be used to connect with family members living in different parts of the world, as well as…wait for it…by celebrities to interact with their fans.

But the thing is, having robotic relations is not the same as trying to simulate what it’s like to be with a human partner. And Kissenger probably isn’t even going to try. It’s currently in its prototype phase, but when it does come out, it’s probably going to serve as an oddity that shows us how technology is in the process of changing how humans relate with each other–whether that’s by congratulating someone with a ‘Like’, or kissing them with a high tech docking station / asthma puffer. 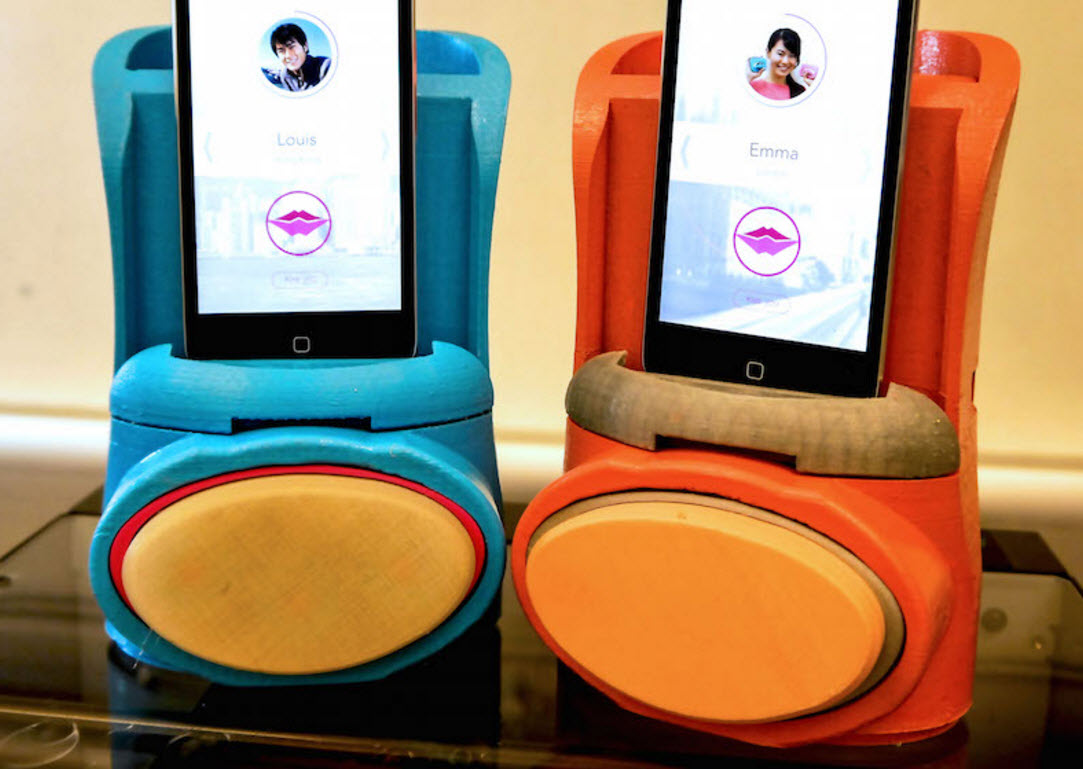