Tesla just recently came out with the details of its solar panel roofing, on which we reported late last year. With the clean energy behemoth’s announcement of the product, it looks like we’re going to see more creative methods to harvest energy from the sun. SolarGaps shows us one way in which it can be done by putting solar panels in window blinds, which are an obvious candidate given how much sunlight they catch each day. These solar blinds are currently on Kickstarter, where they’re looking to raise $50,000 towards a preliminary production run.

SolarGaps was created by Ukrainian inventor Yevgen Erik. Erik parlayed his experience in the construction industry building eco-friendly houses into research and development in the alternative energy space. His inspiration for SolarGaps came from the realization that millions of urban inhabitants live in apartments with no access to a roof where they can install solar panels. SolarGaps is a fitting solution since the blinds are easy to install and claim to shave a hefty 70 percent off electricity bills.

Keeping in mind the needs of apartment renters, SolarGaps uses non-permanent wall brackets. They look like your average window blinds but are lined with photovoltaic modules capable of capturing and transmitting energy derived from sunlight. There’s a smart element to the system, using which the solar blinds track the sun’s movement through the day and align themselves accordingly. This optimizes the area of the modules capturing incident light and translates to high energy production.

According to the makers, SolarGaps is capable of producing 100W-150W per 10 square feet of its area that’s exposed to the sun. Whatever excess energy is produced can be channeled to a battery or routed to your electricity company if you’re provided with a two-way meter. A secondary benefit is that the cooling effect provided by the blinds could cut air-conditioning costs by as much as 40 percent. 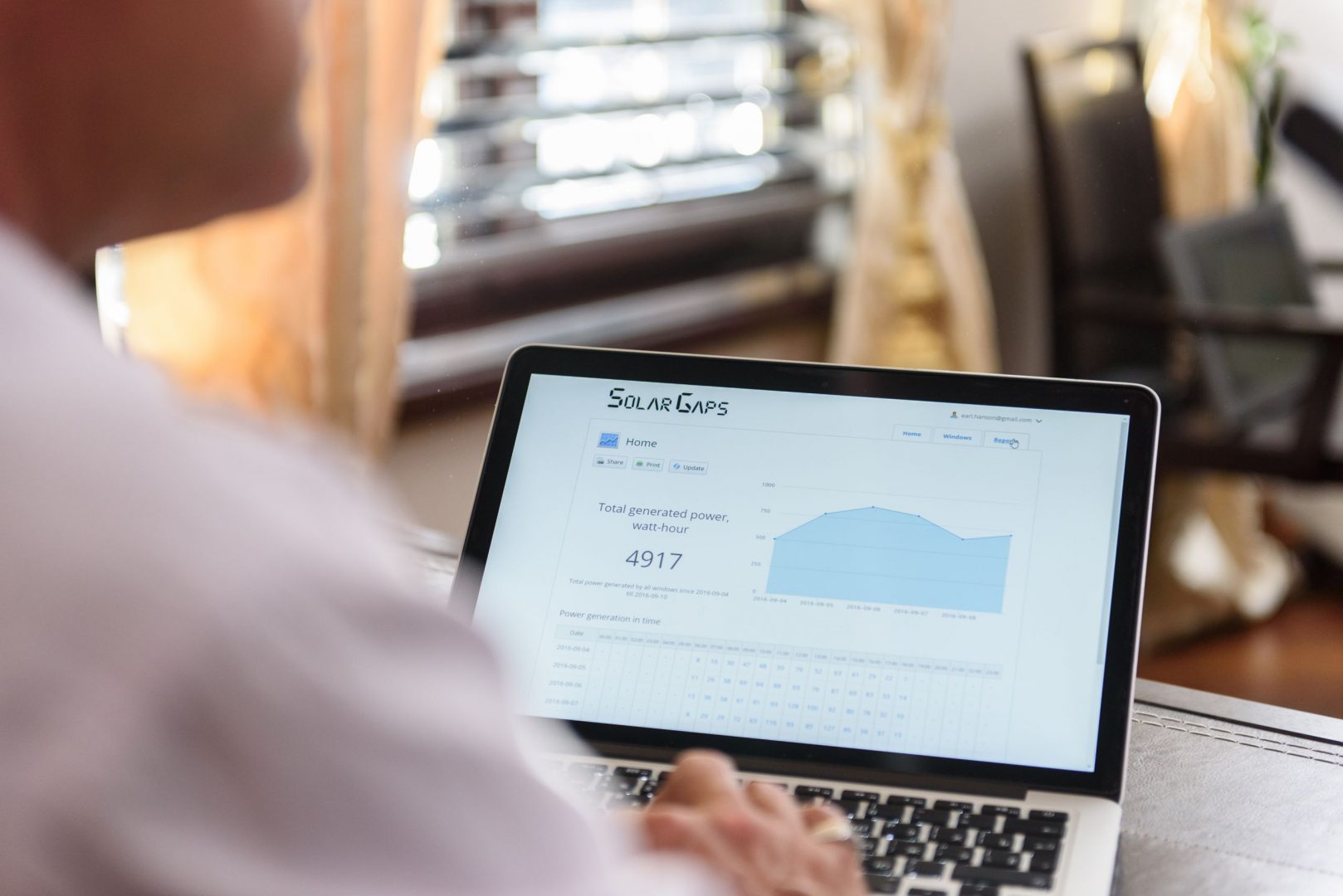 Another advantage SolarGaps has over its less advanced competition is that it can be controlled from anywhere using a mobile app. Android and iOS users can set up that capability by pairing the blinds with a WiFi or Bluetooth connection via the app. You can also integrate SolarGap with smart home hubs such as Google Home to enable voice commands or IoT devices like Nest to automatically maneuver the blinds based on ambient temperature.

The SolarGaps Kickstarter campaign has raised $21,000 so far with a month to get up to its $50,000 goal. The pricing varies based on the size of the set you’re looking to buy; the XS-sized set is priced at $390. If you’re looking just to try the product out without committing fully, you can get a single slat of the SolarGap that charges USB devices for $39.