There’s hardly a major company around that doesn’t have an office in New York City, and the giants of the Web 2.0 generation are no exception; Facebook, Amazon, eBay, and homegrown players like Etsy and AppNexus have a major presence in the City of Blights, as do many others. These companies are having a growing impact on the city’s financial and social ecosystems. As they grow, however, they’re feeling the constraints of city life.

Their growing role in shaping things—and greater desire to shape things further—is the driving force behind Tech:NYC, a new lobbying organization (launched May 2nd, 2016) open to all companies that identify as “tech” and even non-tech “sympathizers,” according to the manifesto/blog post composed by founders Fred Wilson and Tim Armstrong.

Wilson is a long-time VC leader, most famously with his current firm Union Square Ventures. Armstrong has been the CEO of AOL since 2009 (we can’t blame him for its downfall, but we can blame…er, credit…him for having kept it around so long). Both USV and AOL are founding members of Tech:NYC, along with Facebook, Google, and Bloomberg; non-founding members include Uber, Twitter, AirBnB, and pretty much everyone else who might be considered tech royalty…or aristocracy…or nouveau riche…

Lobbying is nothing new for the tech industry. But “tech industry” means a lot of different things these days, and lobbying groups specifically geared towards the new breed of startups and web-based billion-cappers aren’t exactly prolific. TechAmerica, which at its zenith in 2009 had thousands of members and offices in all 50 state capitols, tried to partner new tech with Old Guard players like General Electric. It worked for a time, but divergent interests soon saw the group shedding members and then splintering. In 2014, TechAmerica was bought by 1982-founded computer industry group CompTIA. 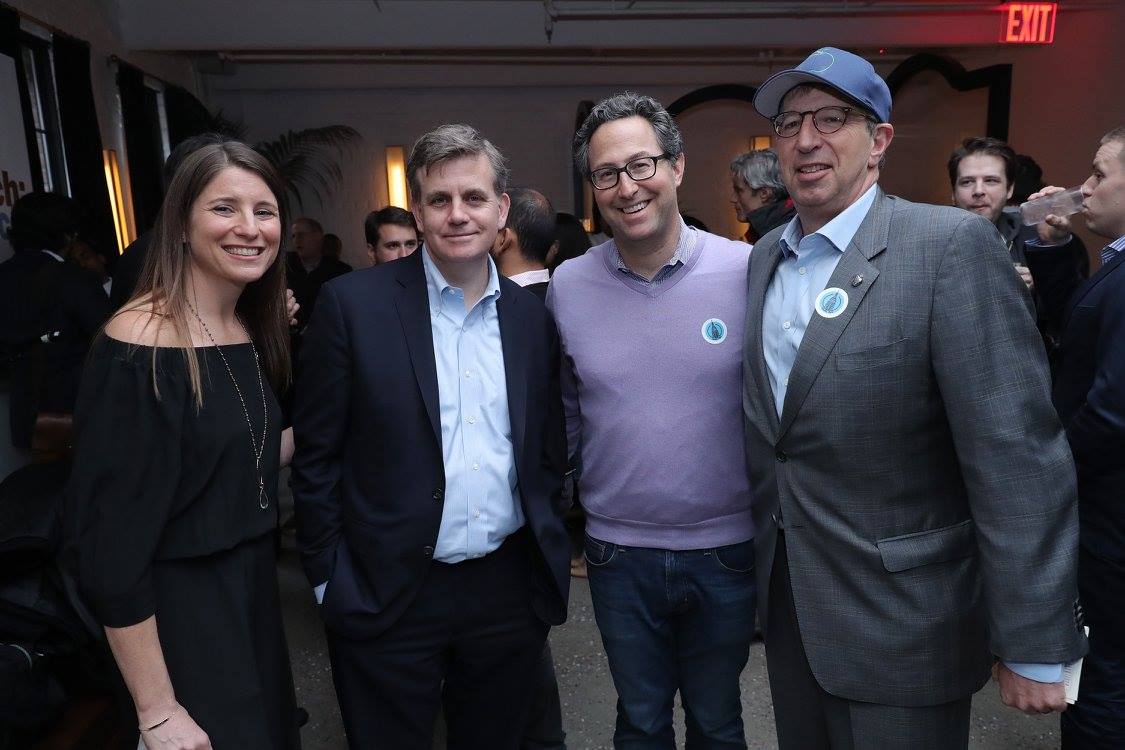 New tech has been pouring plenty of money into lobbying, but that money has largely been spent directly by companies rather than trade groups and lobbying organizations joining forces. The lobby/campaign-spending watchdog organization OpensSecret.org tracks company and lobby org contributions by industry. If you check out most other industries and you’ll see plenty of aggregating organizations among the top contributors, but under “Internet” there are none.

Tech:NYC is a tacit acknowledgement that new tech needs to mature and organize to work toward consistent regulations with plans for growth and adjustment. Without trade groups, we’ll continue seeing haphazard and often conflicting regulations. The kind that lead to what some uncharitable observers (like myself) might call the adolescent tantrums of Uber’s Austin walkout.

[Tech:NYC] represents the city’s high-tech sector with government, civic institutions, in business and public policy forums, and with the media. Its primary goal is to continue to attract tech talent and jobs to NYC, to support the growth of the technology sector, and to increase civic engagement by leaders of the New York tech community. Tech:NYC mobilizes the expertise and resources of the tech sector to work with city and state government on programs and policies that ensure New York’s pre-eminence in the global innovation economy.

And as Wilson and Armstrong describe in their launch note referenced above:

In just the past few months, for example, we’ve debated a data breach bill, local drone regulation, how to handle ride-sharing and home-sharing services, and how to treat contract employees. That’s not to mention taxation, educational credentiality, or public procurement. These hard issues require nuance and engagement. We need to ensure that the voice of the NYC technology community is part of each of these vital conversations.

Don’t let Tech:NYC’s openness to “all” tech companies fool you. In addition to co-chairs Wilson and Armstrong, the group is being helmed by Executive Director Julie Samuels. Samuels was formerly Executive Director of national nonprofit tech advocacy group Engine, as well as former senior staff attorney and Mark Cuban Chair to Eliminate Stupid Patents (yes, that’s a job title) at the EFF. This is lobbying with new tech first, last, and always. The only truly comparable organization is sf.citi, which was founded by 2011 and has many of the same members (I’ll let you guess what municipality that group focuses its efforts on).

So despite my cynically anarchist tendencies and general mistrust of any two people, let alone companies, who can get along for more than five minutes, I applaud Tech:NYC and its partners for trying to push the industry we all love and loathe so very much into the maturity and (hopefully) maturity of adulthood.