Since the launch of Twitch in 2011, and the massive popularity of eSports (competitive, cash-generating gaming for the layman) through games like League of Legends, Counterstrike, and DOTA 2, the video game industry has become even more lucrative.

According to the market research firm Newzoo, the global gaming market will be worth $99.6 billion in 2016. The eSports industry alone could boast $1 billion in revenue by 2019. That’s a lot of money being handed out, which is why a series of physical trainers, lifestyle coaches, and training apps, all geared specifically towards eSports “athletes”, have started entering the mix. And not quietly; the coaching app, Mobalytics just won the Startup Battlefield competition at TechCrunch Disrupt SF yesterday. 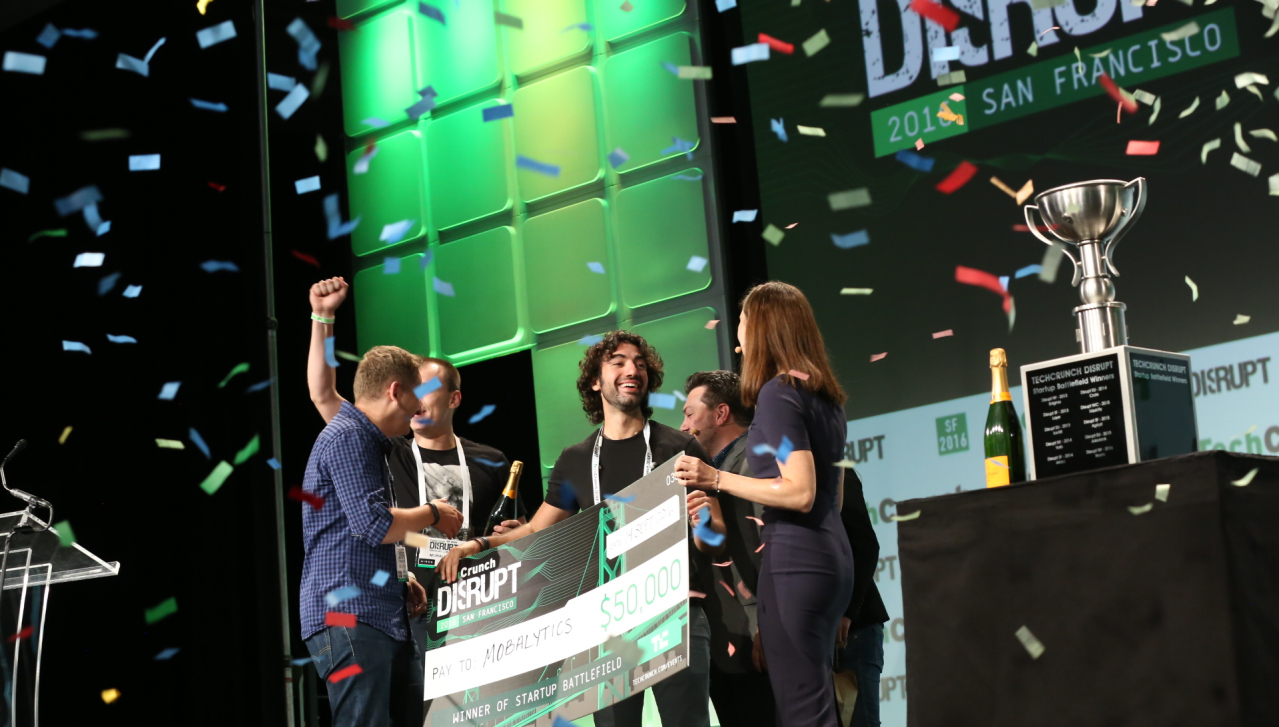 It Ain’t All Fun & Games

The guiding principle behind this new generation of virtual trainers is this: if you want to earn money like a pro, you need to train like a pro. Plenty of eSports competitors may still be living in their parents’ basement, but now they have the opportunity to find 1,000s of online followers that pay them actual money. For those that take that opportunity seriously, the next logical step is building a professionally productive lifestyle.

Sometimes that means hiring a personal trainer that keeps the specific needs of eSport athletes in mind. Jake Middleton got the NPR nod yesterday for his in-person training sessions with gamers. He charges $200 a month, and focuses on yoga, reflex training, and cardio. 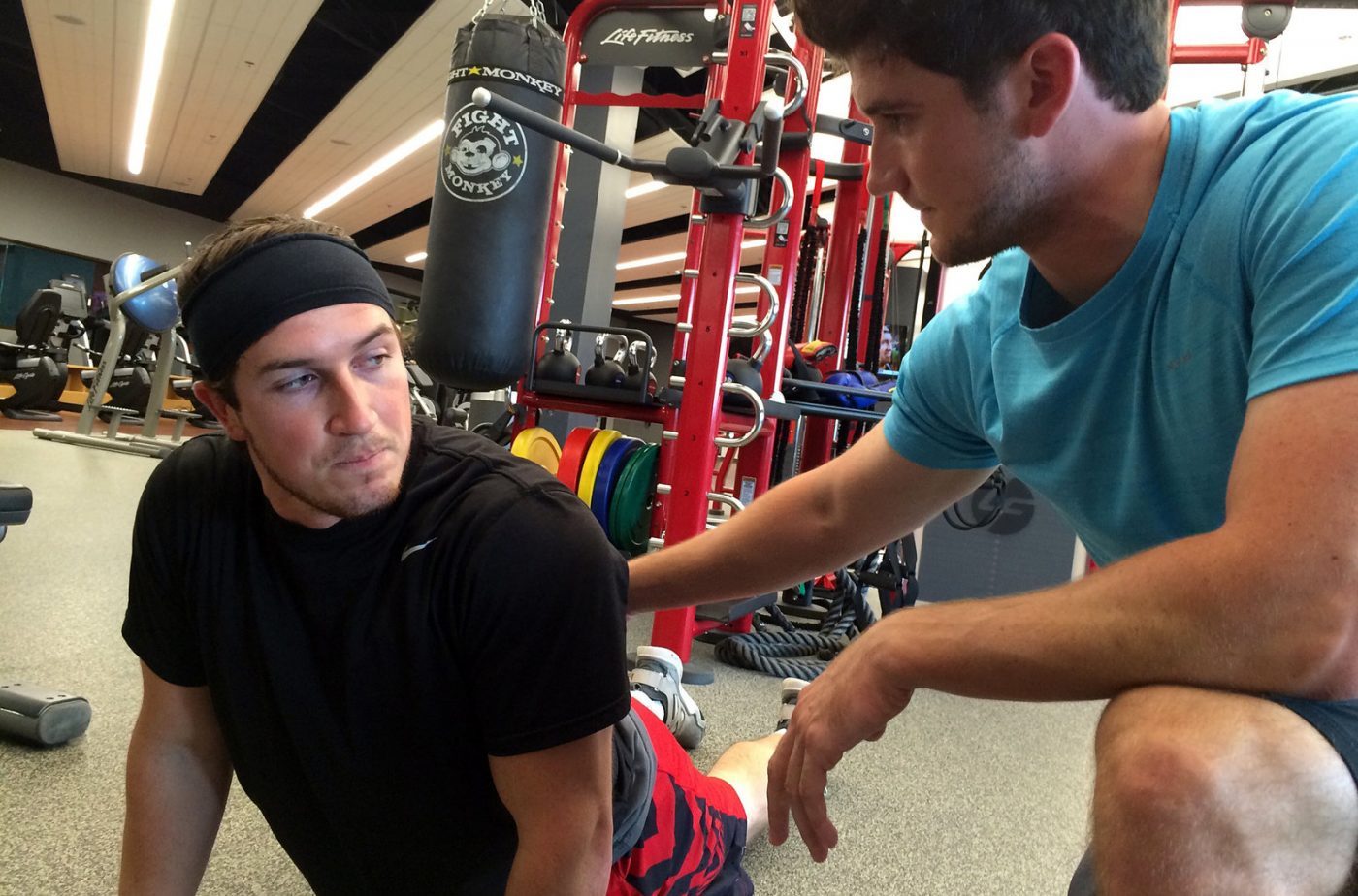 When you get to the team level, full-time performance coaches like Robert Yip pop up. He works for the Los Angeles-based League of Legends team “Immortals.” He creates meal plans and itineraries, but also helps the individual members of the team find constructive ways to deal with conflicts. Yes, video game stars need to check their egos sometimes—in the virtual world, they’re treated like Lebron James and Steph Curry, so they act accordingly. Coaches are the best way to minimize those distractions. 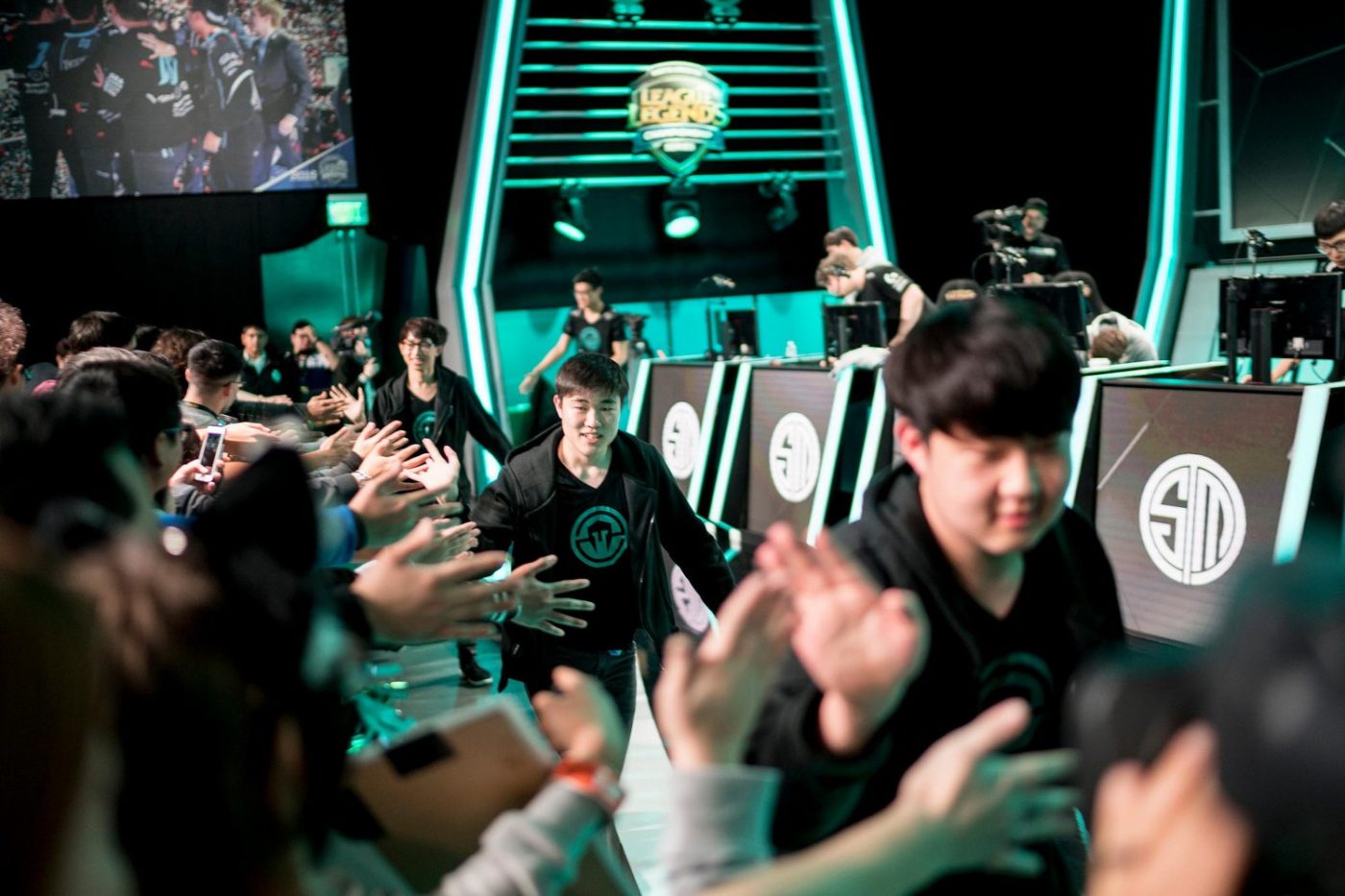 What’s interesting about this new coaching infrastructure is just how new it is. Compare eSports to another fast growing sport like the UFC. The UFC went from a side show to one of the largest sports in the world in 20 years. But they had thousands of years of training wisdom and established boxing, wrestling, and martial arts camps off of which to build. The strategy behind video games is brand new and constantly changing. Where do you even start?

That’s the challenge Mobalytics is facing in trying to develop a digital analytics program for gamers. So far, they’ve had to focus on League of Legends; the strategy involved in the game is so nuanced that there’s no way to build a general training platform.

Mobalytics earned top spot at the TechCrunch Startup Battlefield largely because of its “Gamer Performance Index (GPI),” which breaks individual performance down into separate gaming skills like “fighting” and “farming,” depending on the game. This software is starting to find a niche with mid-level gamers, who are easier to diagnose than professionals. One issue is that the “professionals” are almost too good to coach—at least for the time being. 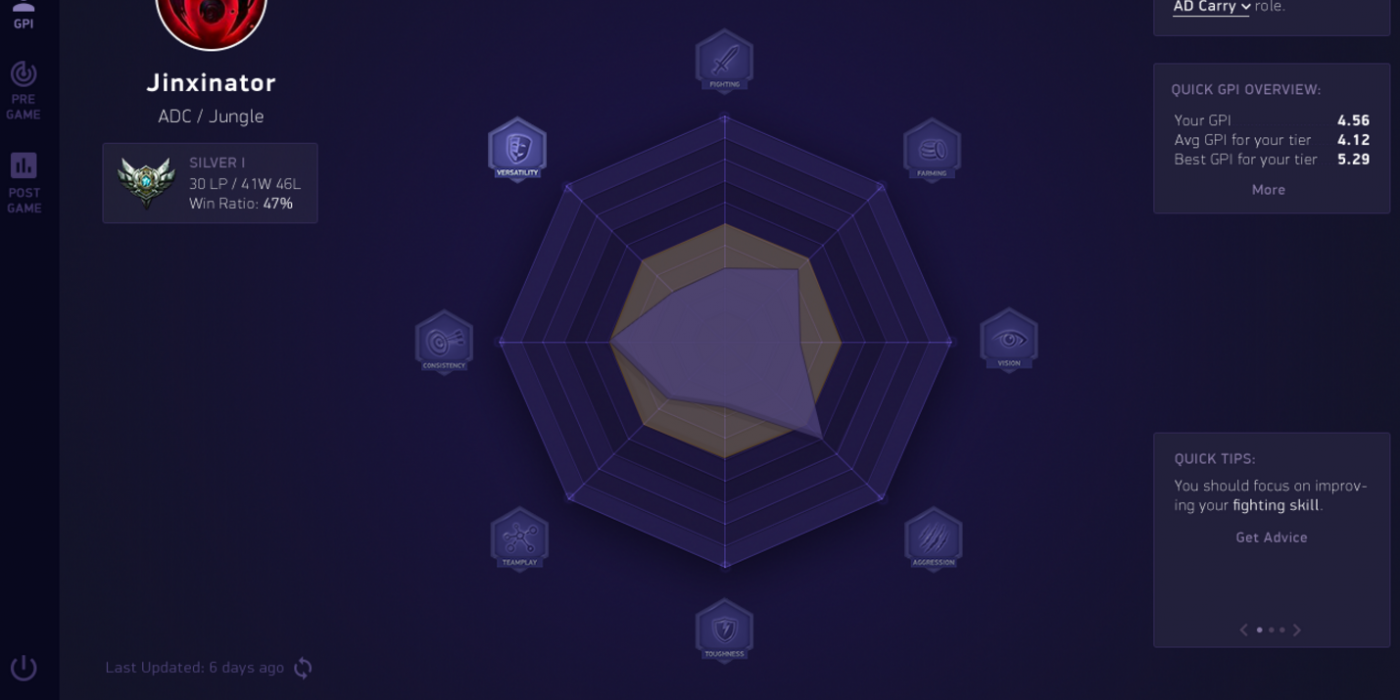 Video games offer a quantified form of existence where small increases in effort are rewarded with new opportunities, new levels, and new skills. That sort of activity is very motivating on the neurological level, releasing floods of reward chemicals like dopamine. Physical training works in a similar way, with quantifiable improvements and rewards. So it’s only natural that fitness would begin to inform gaming, and vice versa.

From Console to Cardio

Fitocracy is in a way the reverse. They create fitness plans based on the addictive fundamentals of gamification. It has been on the market since 2010, and is still free, but you can pay $4.99 a month to unlock “hero” status and challenge other users to duels. They offer quests in both the free and hero versions—like “most distance on foot” or “drop and give me plenty.” Fitocracy also records your progress, making your daily run feel a lot like your nightly campaign. 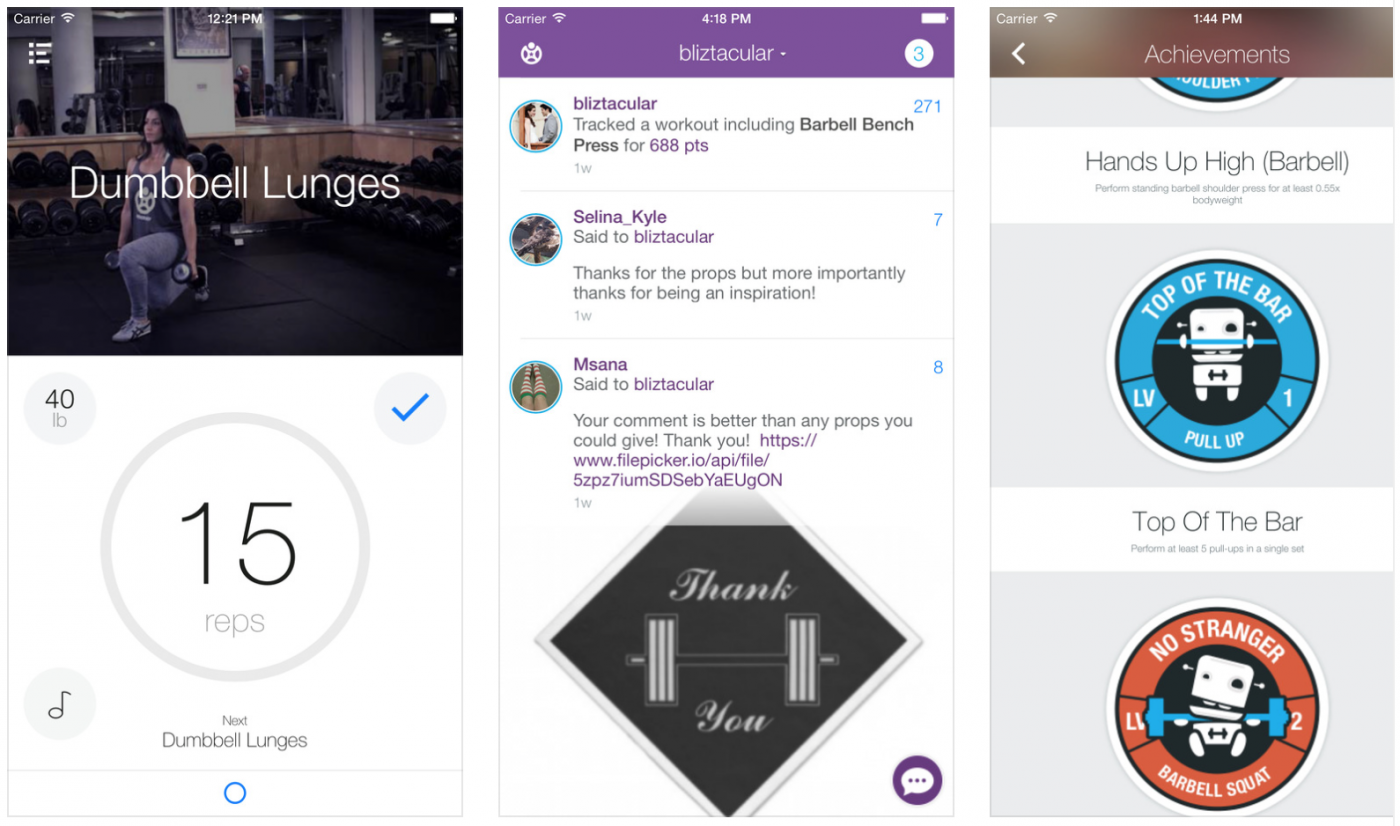 If you want to be a high-performer in any pursuit, you have to not only train in your practice, but make lifestyle choices that facilitate growth and perfection—that optimize energy and provide actionable feedback on performance. This first generation of eSport trainers, along with their attempt at unique analytics, is trying to come at it from all angles, all at once. Say what you want about the space and the strategy, but it seems like there’s only one angle for which this whole industry is positioned, and that’s “Up.”