What makes a great pair of undies? It usually has something to do with comfort, fit, price, or how resistant they are to smells and stains. But how often do you really think about that? You probably pick underwear the way you pick toilet paper; by finding the intersection between comfort, cost, and hopefully style and sex appeal. But SilverAir wants you to think about your closest garment differently. They want you to think of your underwear as an investment. Especially when it’s travel underwear. They promise that their silver-lined design can be worn for (at least) one week straight without smelling and without needing a wash.

Some of you have already checked out—“I don’t need to over-recycle my underwear, thanks.” But consider what an odor-resistant, durable, comfortable pair of underwear could allow you to do. Travel with much less luggage. Run washes fewer times, avoiding holes and tears. Exercise without carrying odor around for the rest of the day. Y Athletics, the company that produces SilverAir travel underwear, thinks we’re setting the bar a little too low on our most pragmatic pair of shorts. They dove into the science and social perception of underwear and found that two of the biggest but often ignored concerns people have is riding, chafing, and smelling.

To start, when developing the SilverAir travel underwear, they use a premium merino wool, which is softer than cotton and better at temperature regulation. To prevent chafing, they included a row of soft silicon beads to hold the legs of the garment to the body—it was inspired by high-end cycling apparel, but softer to avoid friction. They also lengthened the underwear, finding that they could increase hold by extending the legs past the point where the muscle begins tapering off.

As for odor-prevention, that’s SilverAir’s most unique contribution to the undie space; they interweave actual rows of silver into the fabric, hence the name. Silver has a long history in hospitals for its antimicrobial properties. It has also been used in spacesuits for similar reasons. Since bacteria is the primary cause of body odor, and since SilverAir’s wool wicks sweat, the underwear can be worn for days in a row. 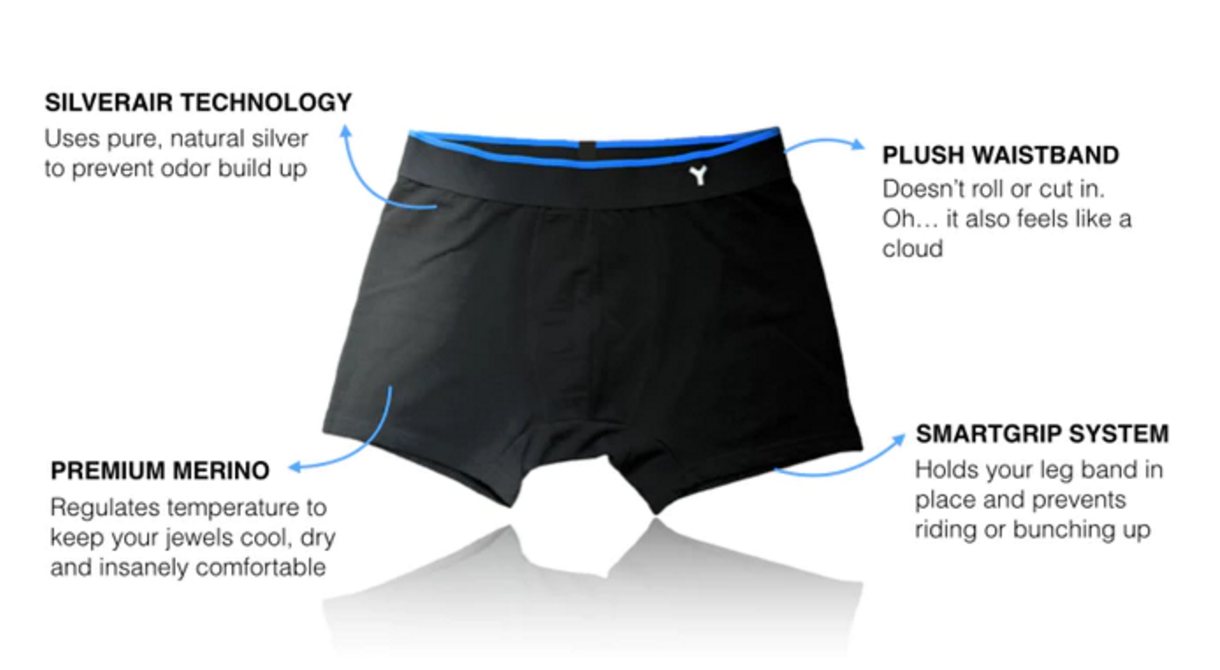 It turns out there are a lot of people who want to wear their underwear for several days in a row without a wash. The SilverAir Kickstarter campaign, when it wraps up in just a few hours, will have raised just shy of $300,000—over 13x their goal. Contributions range from $25 for a single pair ($40 retail) to a $370 bundle that includes travel bags, shirts, and SilverAir socks, which also incorporate silver’s antimicrobial properties.

Unbound Merino is making a similar splash on Indiegogo, having already raised over $190,000 (6x their goal) with almost a month left in the campaign. Like SilverAir, they use merino wool, which even without the silver has antimicrobial and sweat-wicking properties. It’s also very quick to dry, meaning you can wash it in a stream or a sink. Their owner claims to have worn his shirt, pants and underwear for up to 46 days in a row. That may sound like a race to the bottom to most of us, but for people who live out of a 9′ x 14′ x 22′, it’s an appealing pitch. You can save money on luggage and feel spontaneous and light when you travel.

Other companies like Mizzen+Main are specializing in the travel garments that go over the underwear. Their shirts, for instance, can be worn and discarded without fear of wrinkling, and their sweat-wicking material also helps to avoid strong scents. Silicon Valley darling, Tim Ferris personally swears by them on his top-ranked self-improvement podcast; shirts like Mizzen+Main allow the jet-setter to look (and smell) proper while still rolling up their sleeves and getting dirty.

SilverAir is still the only one with silver, though. Adding precious metals to something to make it stand out is a well-tested marketing tradition. Hence why I got suckered into buying Goldschlager so many times in high school.

SilverAir travel underwear ships in December, the perfect time for sort-of-embarrassing holiday gifts. Check out their online store for shirts and other garments that are already available. 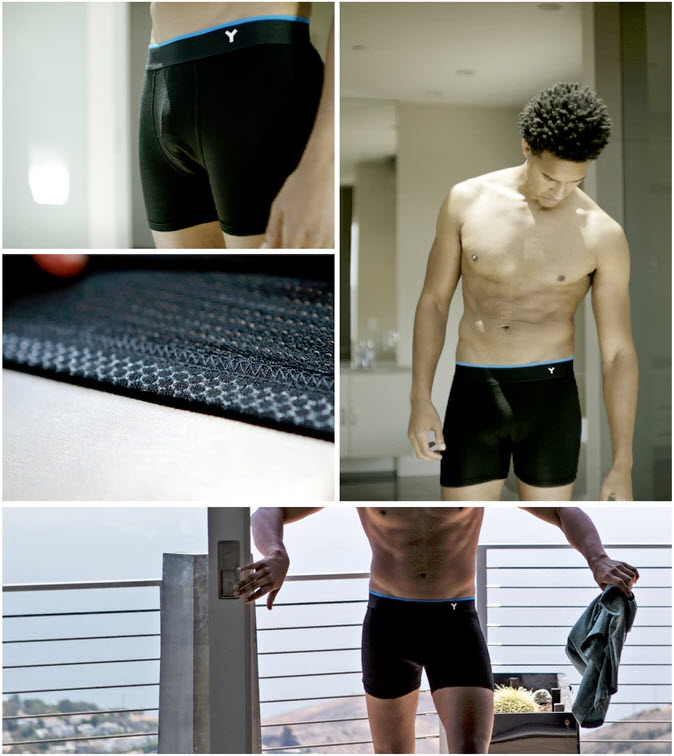