Can one ever truly grow tired of the warm, gooey goodness off a well-made pizza? Based on anecdotal evidence, I’m guessing that most people would answer in the negative. What you could grow tired of, though, is being stuck buying pie from the same fast food place or pizza chain over and over again. I mean, it’s alright to play favorites with pizza, but variety is the spice of life. If pizzerias are as widespread as the love for pizza (which they almost are), you might be missing out.

Slice is a recent entrant to the App Store that makes sure you’re privy to your smorgasbord of local options as a pizza-lover. The app aggregates the best pizzerias in a region, and then makes it extremely simple to order their delicious creations with a few quick taps. The focus is on connecting users with locally run pizzerias rather than large chains. This is in line with Slice’s aim to help small businesses compete with the digitally savvy corporate behemoths that are the national and international pizza companies. 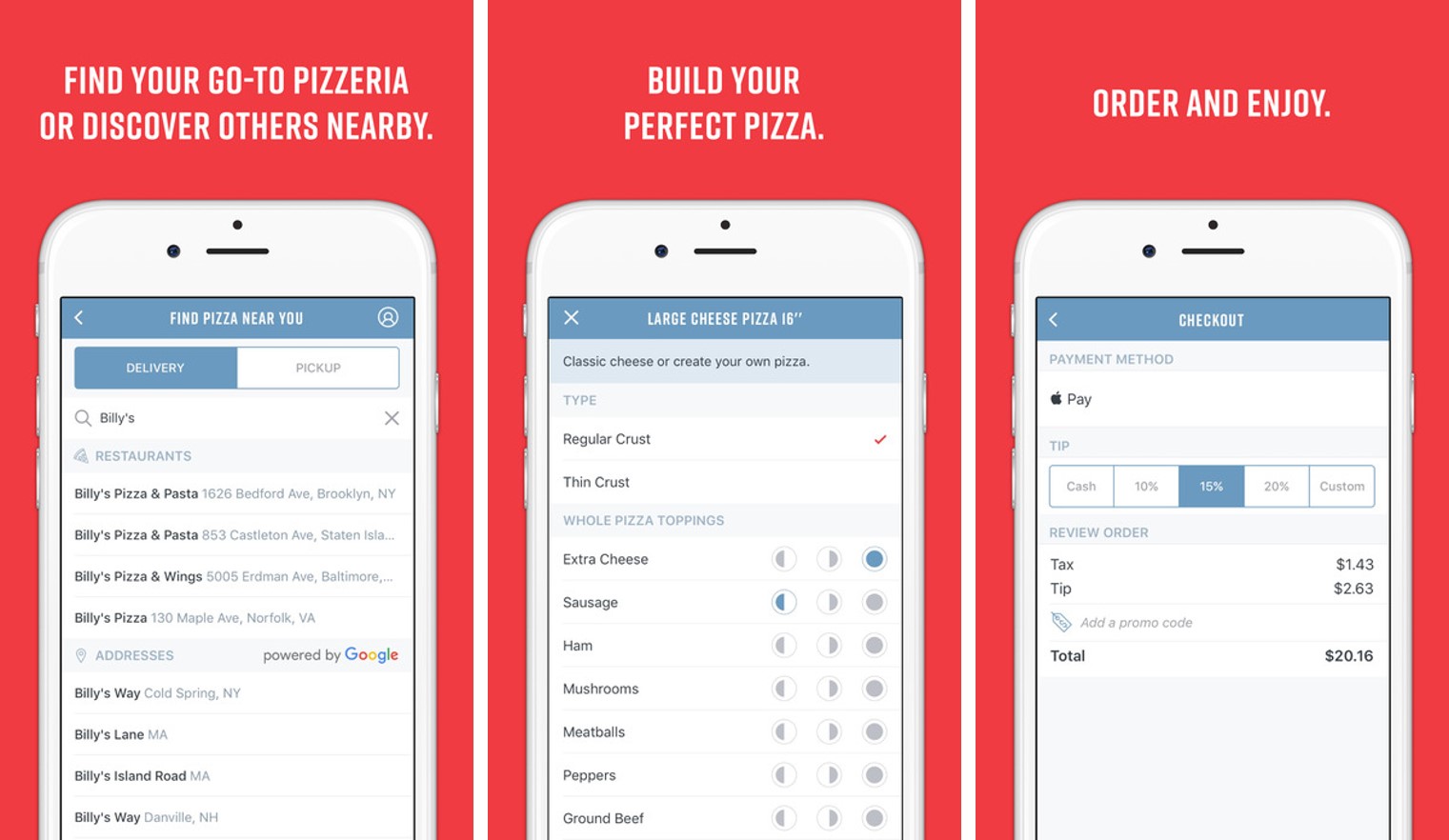 The app first displays all the pizzerias with which it has partnerships in a particular area. They have tie-ups with over 6,000 joints across the United States, so you’re going to have plenty of options from which to choose. Users then can then pick one of the existing choices on the menu, or put together their own custom pizza. Soon, you’ll have your dream ‘za at your doorstep, while also acknowledging the exposure the app gives to its partners.

Empowering the small business pizza-maker is integral to the app’s aims. For starters, Slice’s team has made it incredibly simple for the individual shops to jump aboard the platform. There are no contracts or fees imposed during the signup process; Slice makes a flat $1.95 cut of every transaction, no matter how large or small. So far, orders made via the app are 40 percent larger than those generally made by customers through other channels, which means that the app brings higher revenues along with the added exposure.

Slice is founded by Ilir Sela, a Staten Islander born in Albania. The app is a pivot off his previous business, MyPizza, which helped pizza businesses manage their online ordering logistics and digital menus. The e-commerce service caught on quickly, and was eventually processing orders from millions of customers.

MyPizza, which is now Slice, raised $4.35 million in two investment rounds. A lion’s share of that amount, $4.3 million, was raised in a Series A in August this year, just prior to the rebranding. The company has been around since Spring of 2009, so this baby has been baking for a while. Seems like it was worth the wait.