Pumpkin the Raccoon’s story of sadness to social media superstardom began when she fell out of a tree into Rosie Kemp’s backyard in Nassau, Bahamas, breaking one of her legs in the process. Kemp found her by chance, luckily, before her dogs did. She and her daughter, Laura Young, waited for hours for the raccoon’s mother to return and retrieve her, but the mother never returned. 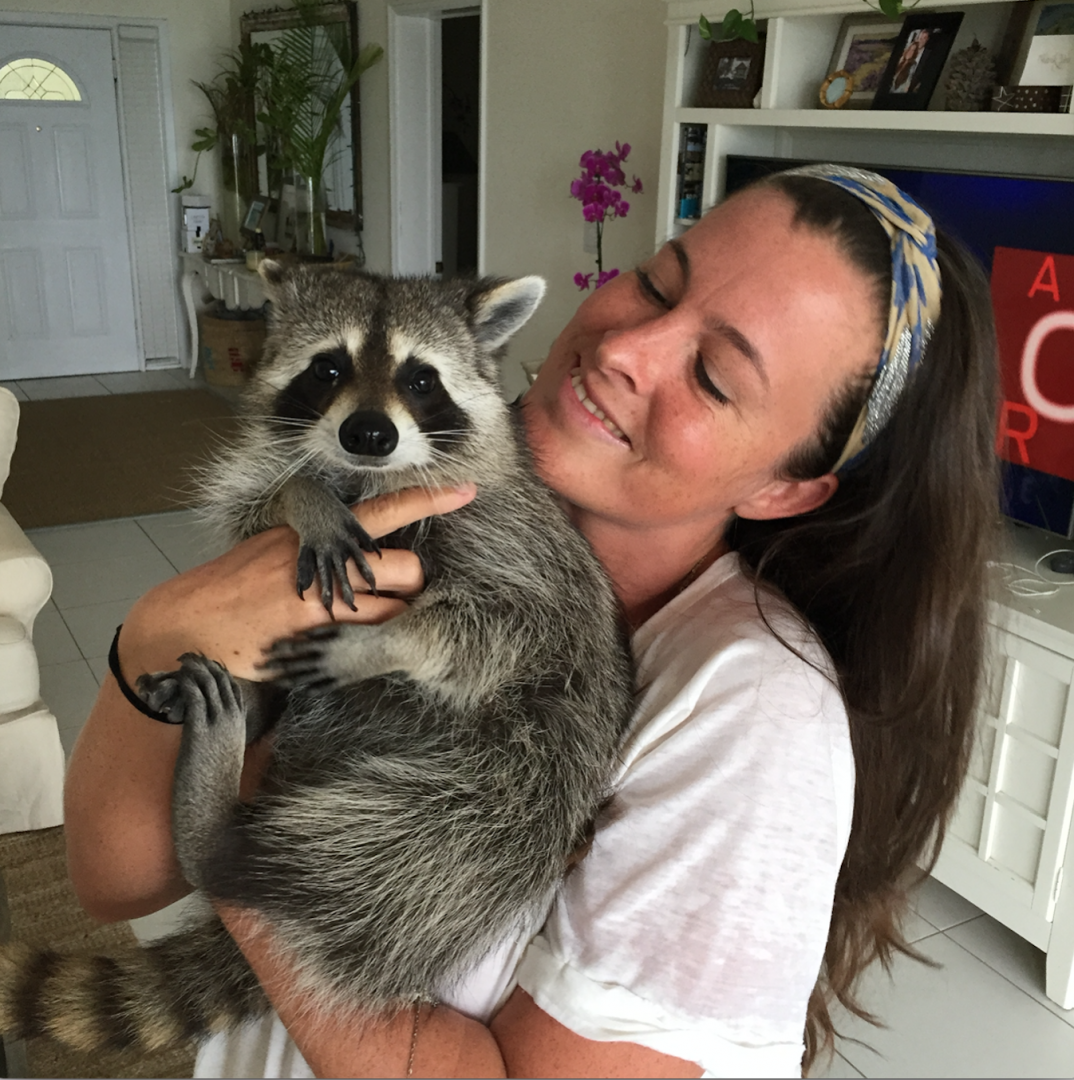 Note to animal owners with Instagram aspirations – it is legal to own a raccoon in the Bahamas, providing the animal is up to date on its vaccinations. This is not the case in the United States where in many states they are banned, or a permit is required.

Young started an Instagram page for Pumpkin as a way for friends and family to stay up to date on her progress. Not wanting to overload her friends’ Facebook feed with images, she thought that Instagram would be the best fit because of the simplicity of uploading photos fast. It was prescient choice – today Instagram has more than 500 million users, and of those half billion photo-and-video-sharing fanatics, 59 percent use Instagram every day, and 35 percent of users visit several times a day, according to a 2015 Pew Research study of U.S. residents. With one million fans the account is tapping into a dominant demographic of animal lovers. 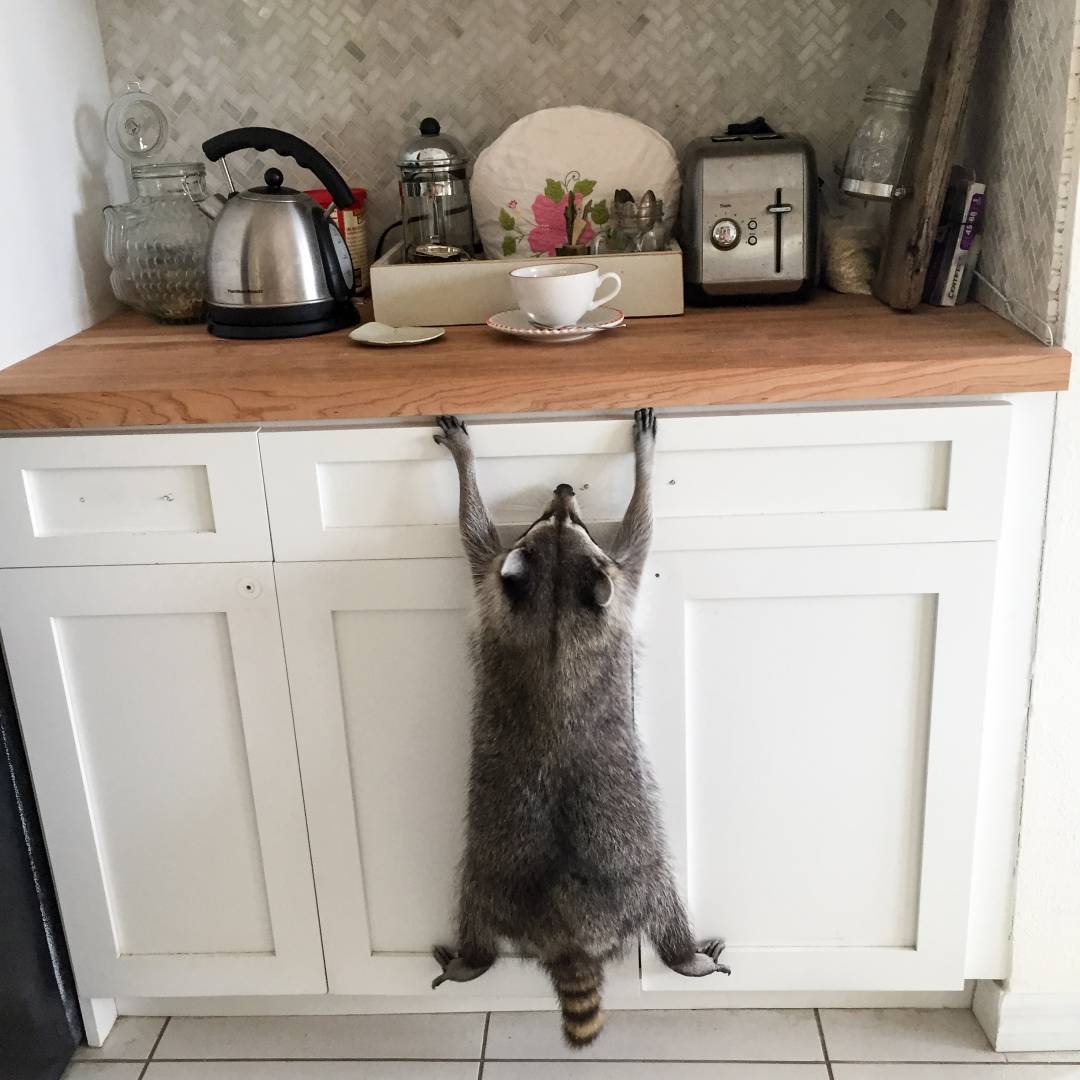 At first, the account grew organically with people from around the world responding to the photos of the raccoon who thought she was a dog. “I think it’s a page that is bringing people joy,” Young told me. “Then several other Instagram pages shared her story and The Dodo, a site that shares stories about animal rescues, wrote an article about her – and from there she went viral.” A photo feature in Buzzfeed followed, and by the end of 2016, the Instagram account had a million fans.

Young takes the photographs for the social media accounts and has developed a unique style using the pale color palette of her home as a background that reinforces the island location. Imagine Island Life meets Animal Planet, and you can begin to appreciate how a single post can draw tens of thousands of Likes and Comments.

Kyle C. Jones, whose full-time job is working with Young’s husband in running Young’s Fine Wine, adds the captions which often involve conversations between Pumpkin and her canine family, Oreo and Toffee. Note to aspiring animal Instagram accounts – check out the hashtags that social media accounts for The Dodo and Buzzfeed use, and use liberally along with creative use of emoticons. All the better if you can use an emoticon to make a visual pun for your account, e.g. in using an image of a pumpkin for Pumpkin.

“It is important to remember to have fun and to be yourself, remain authentic,” Young explained on how the account continues to grow and keep fans engaged. While she tries to be organized in terms of a calendar of events, she likes to keep the posts spontaneous and “Let everything happen as organically as possible.”

With the success of the Instagram account and with the Facebook and Twitter accounts also growing, a book deal was not far off.  “When Pumpkin’s story went viral we were overwhelmed by the opportunities that started being presented,” Young said. “I signed with a literary agent from Trident Media and from there St. Martin’s Press approached us, and the rest is history!” 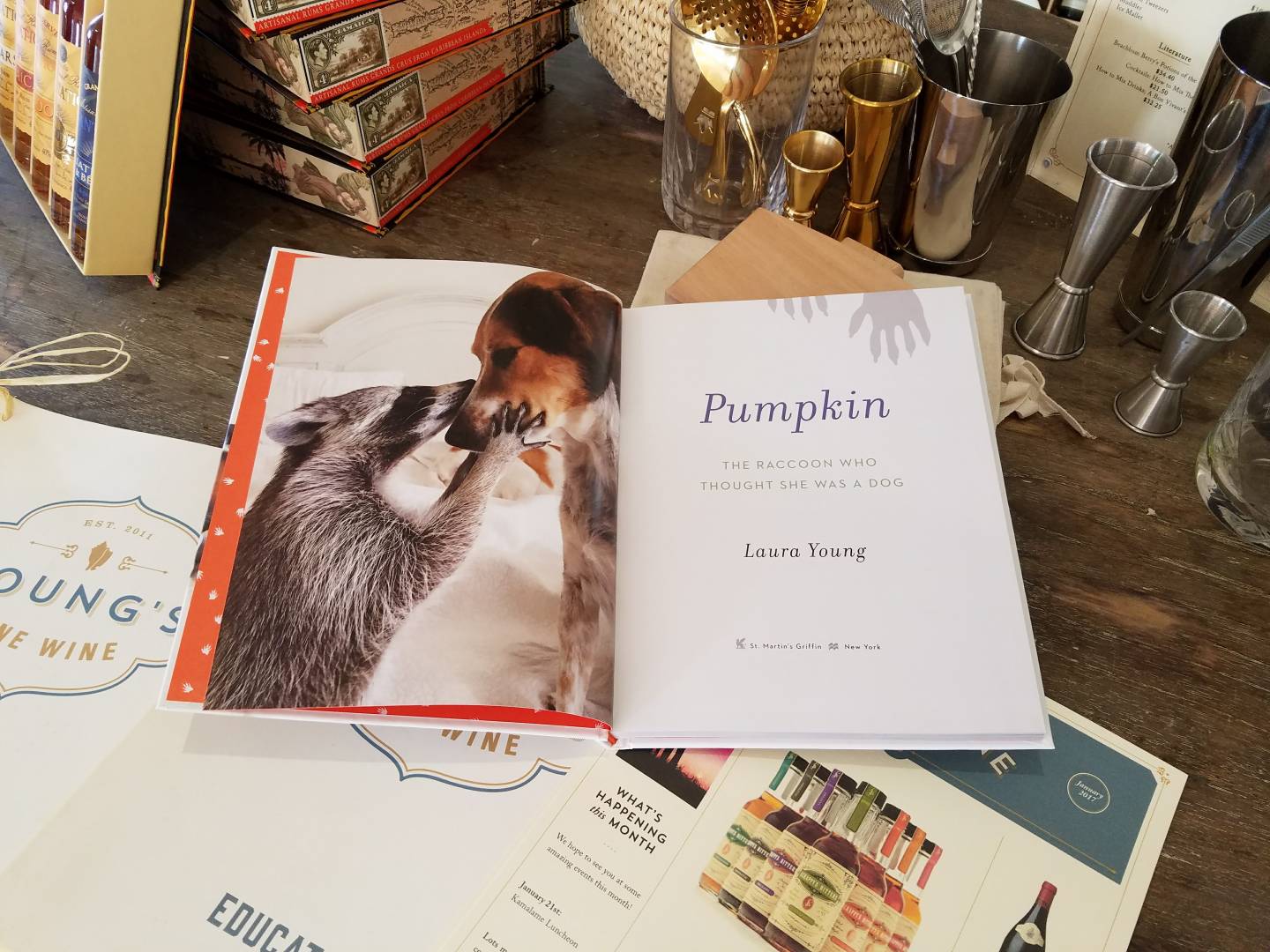 “I would love to write another book,” Young told me, but when I suggest a Pumpkin game or even Pumpkin in VR, said that she is taking it “one step at a time,” and will be taking her time to decide what is the right fit for Pumpkin.

If you’re a diehard fan you can never get too much detail about the object of your affection. So here are some personal details about “Pumps” that Young shared:

What about dating? “Pumpkin was rescued at such a young age so she has only ever known our two dogs and so she really thinks she is one of them. We will cross that bridge when we get to it,” said Young. 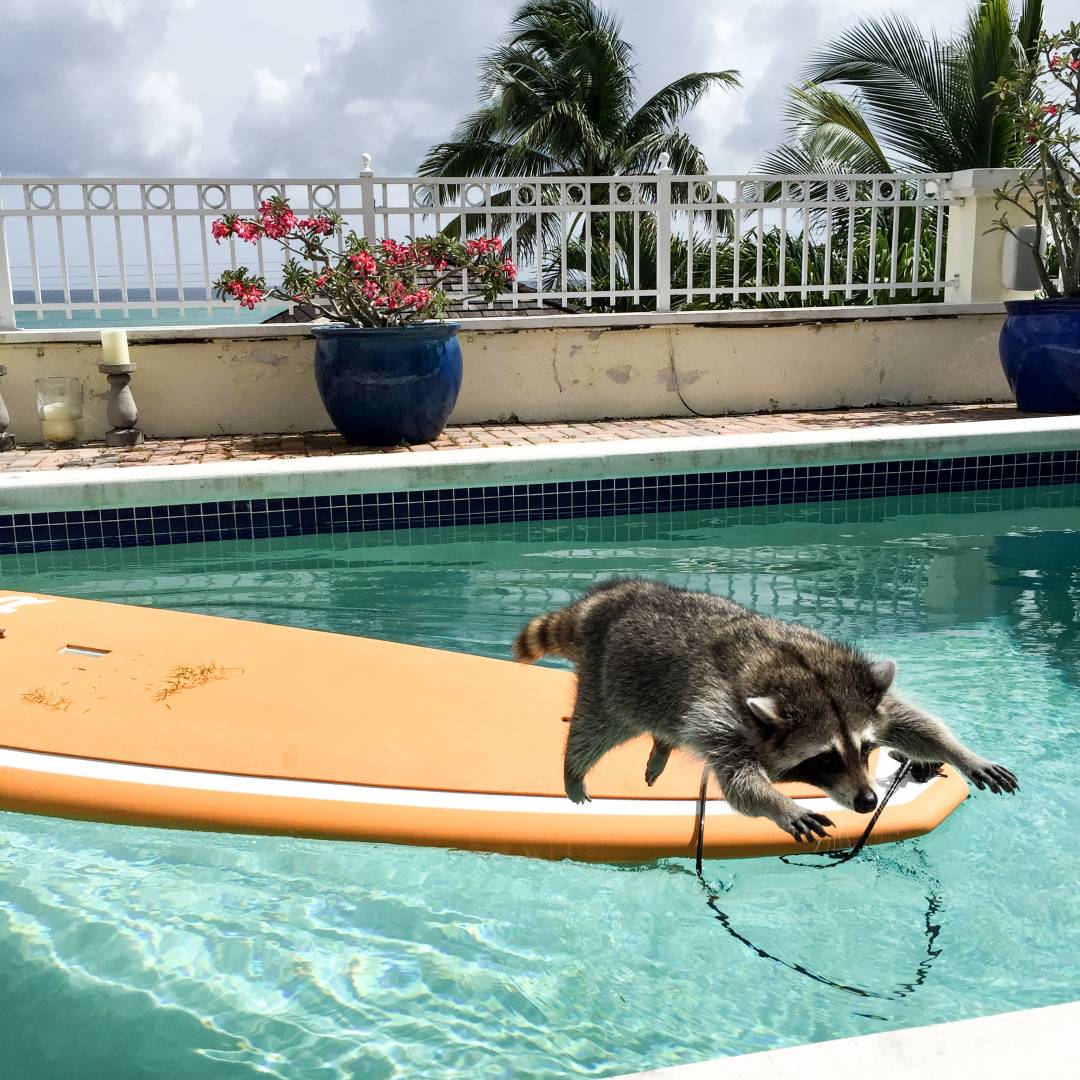 The detail that I find the most fascinating is that when Nature calls and Pumpkin needs to go, she goes the way that you or I would, although it does involve more of a balancing act. How did Young train her to do that? She didn’t. Pumpkin taught herself. This fun factoid from Pumpkin’s eponymous book which can be found on the shelf in the U.S. the UK, soon Japan, as well as online.