Can we realistically expect a generation that has grown up on instant gratification, easy validation (e.g., participation trophies) and touchscreen toys not to be entitled? With the emergence of apps to find proxies to stand in line for us, clear demand for apps that get someone else to clean up after our pets, and booming services through which you hire anyone to do anything, the forecast seems gloomier than ever. Can technology solve a problem that it helped create? Ourly is a parenting app that’s trying—by teaching kids to earn their keep and teaching parents how to not bathe their kids in complimentary cash.

Ourly is essentially the chore chart gone digital, with features to simplify assigning chores, tracking their completion, and rewarding kids…with real rewards. The first step is your kid wanting money for whatever reason; he/she probably already does, so that shouldn’t be a problem. Then instead of just handing over the moolah, you load it into Ourly via their web app (funds can be transferred using any major debit or credit card and Stripe is used to process payments securely).

Once the money is in the account, you can begin scheduling and assigning chores right in the parenting app. Parents pick a day by which a job needs to be completed, define whether it’s a recurring or one-time thing, and allocate a certain amount of money as a reward. There’s also the option of having a customer service rep from Ourly create a digital schedule based on an existing chore chart.

The app notifies kids each time a new chore is added, along with all the associated details. On completing chores, kids can submit a picture via the app as proof of their work. Parents can then reject or approve it based on what they see, with the latter resulting in the money being forked over to the kid’s account. 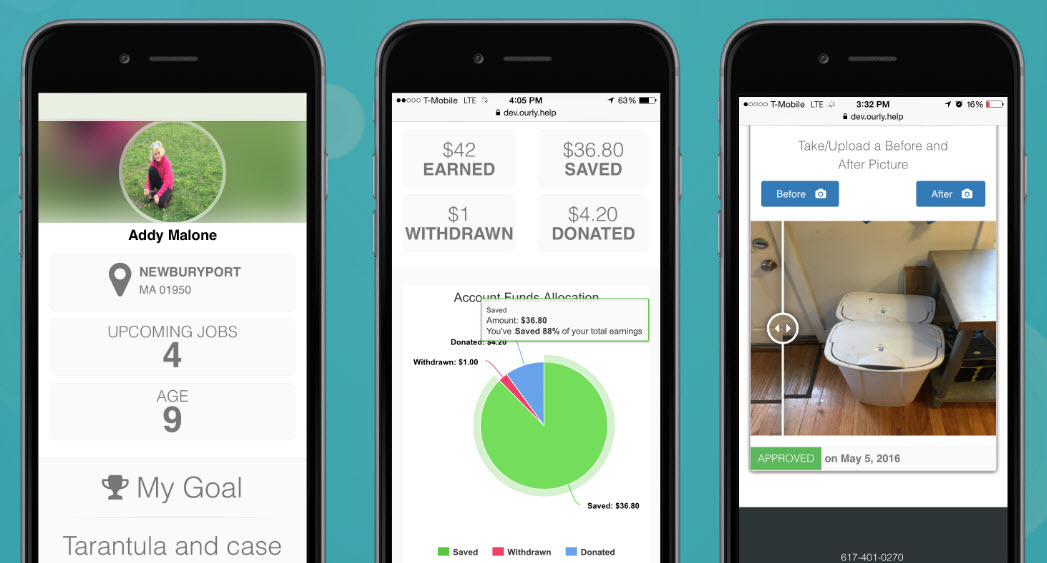 The average American parent gives away about $15 a week in pocket money, which amounts to $780 a year. Beyond driving a sense of at-home responsibility, Ourly uses all that money changing hands via their app as a chance to teach global responsibility through charitable giving. The service gives kids the option of donating to the American Red Cross, World Wildlife Fund, and Wounded Warriors Project. It’s left up to them to decide what part of their earnings are contributed to the charities.

The rest of the earnings can be redeemed in the form of digital gift cards. The cards are associated with over 50 brands including iTunes, Amazon, GooglePlay, etc. They are generally delivered digitally within about 10 seconds of kids deciding to cash out.

Do we really need a parenting app to facilitate the age-old tradition of assigning kids chores and rewarding them for it? Maybe. Maybe not. Is it nice to have the option of teaching kids responsibility and charity on a platform with which they’re so leisurely well-acquainted? Certainly. 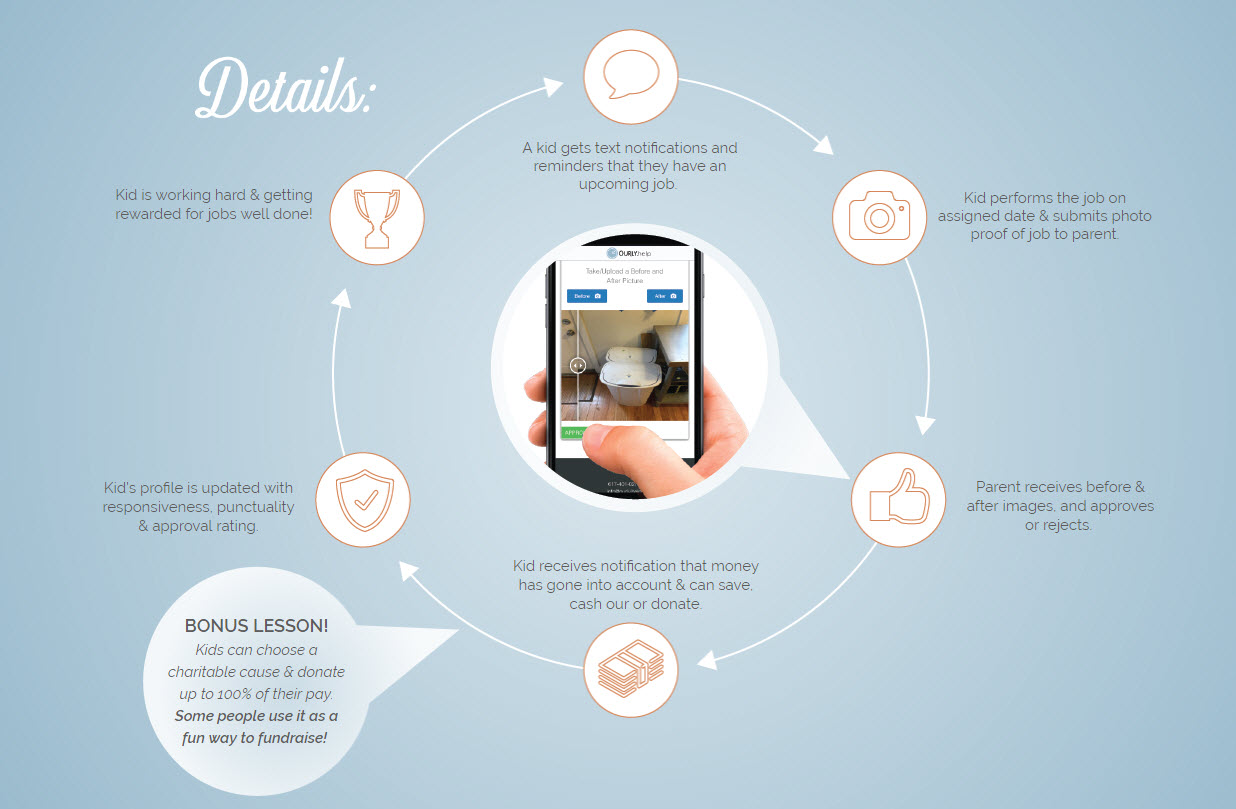