Self-driving technology is among the sexier technologies out there, but the sector has taken a mildly un-sexy (although still largely appealing) turn lately.

The future you envisioned where you sit back in a car as it weaves through traffic all by itself is a little more distant than you might have first thought. Or it might be just as distant as you thought, depending on how sanguine you were of the capabilities of the technology. Either way, it’s clear by now that cars won’t be doing the whole self-driving thing for a while–not unless we’re prepared to risk the lives of anyone who ventures out onto streets. What seems more likely is that the technology will be used to get us groceries and laundry and stuff like that, like a futuristic Postmates.

That’s right, it turns out self-driving vehicles will be just as interesting to Amazon and FedEx as they are to Uber and Lyft. Given the trends in the domain, deliveries and last-mile logistics might be the most practical starting point for the technology. David Silver, head of self driving cars at Udacity, says, “E-commerce delivery is an exciting field for autonomous vehicles; new startups like Nuro, Udelv, and Starship Technologies, highlight the different form factors and roles that vehicles can take when they no longer need a driver.”

The first of the startups he mentions, Nuro, is a company started by two former Google employees. According to the website, Nuro’s goal is to “accelerate the benefits of robotics for everyday life.” The initial step they’re taking towards that goal is a self-driving vehicle that can lug around about 250 pounds worth of cargo. The interior is customizable and modular, so different businesses can modify the vehicle for their own needs.

Clearly, Nuro is taking a decidedly different approach to applying autonomous technology to solving human problems. For starters, they didn’t simply soup up a car with autonomous driving hardware like Dominos did with Ford’s help. Instead, they built the vehicle from the ground up to do exactly what they had in mind for it. Nuro’s smart little mule was created for the express purpose of making deliveries, so much so that it doesn’t possess a steering wheel or a seat for a human driver. If things happen to go downhill, a remote operator can take over.

Nuro’s design choices showcase the benefits of using autonomous technology exclusively for deliveries rather than as a commuting tool for humans. The vehicle being much smaller and lighter than a car makes it a lot safer to put it out on roads. There are also no passengers within the car, so that’s more lives that don’t need to be put at risk in the process. 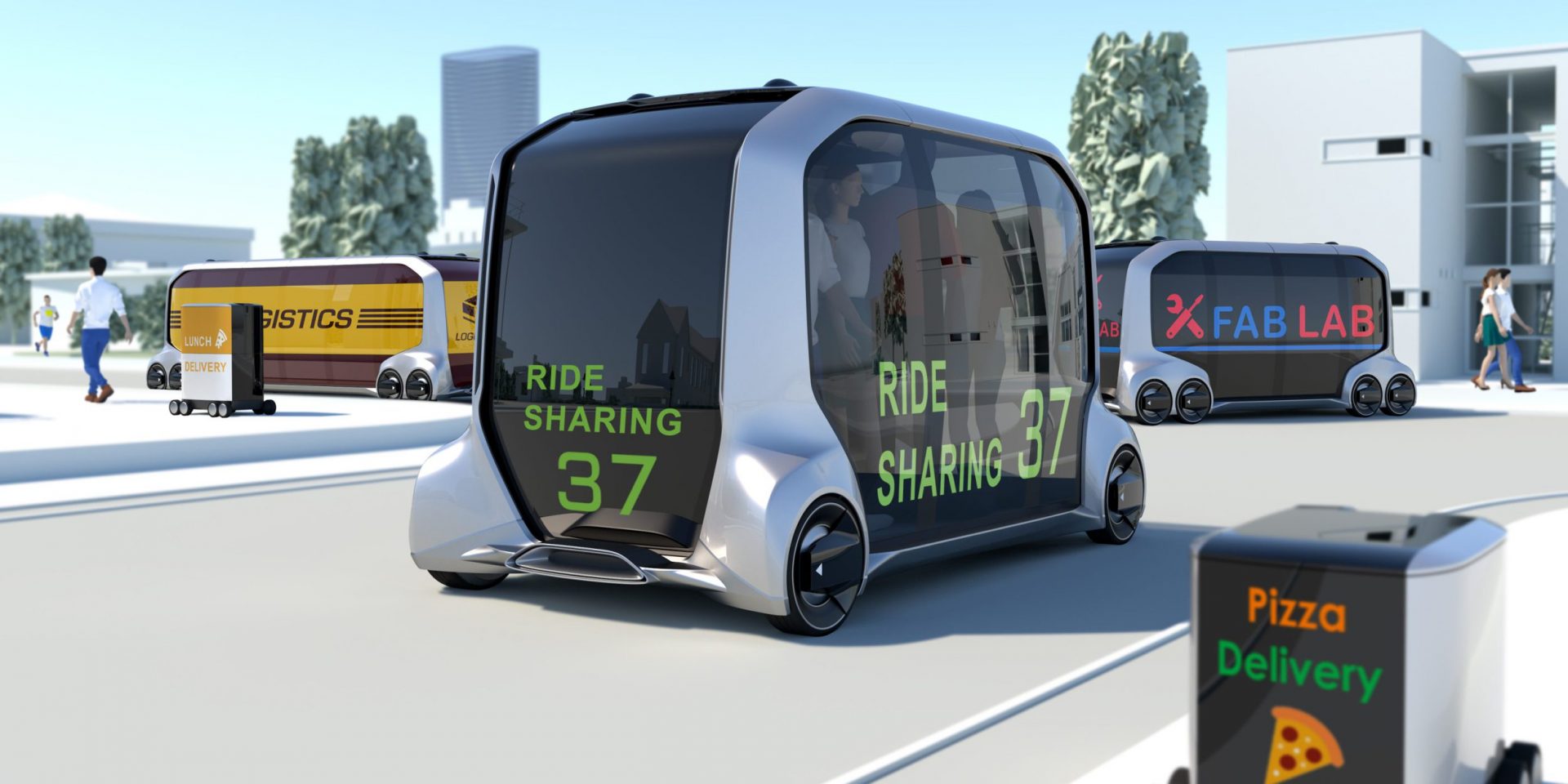 Another upside to using self-driving vehicles for deliveries is that they are a lot easier to train. A self-driving car on roads needs to be tested at a particular speeds and different times of day in order to determine its practicality. As Silver explains, “Autonomous vehicle companies need to drive lots of miles in lots of different situations in order to train their systems to handle everything they’ll encounter in the real world.” Delivery vehicles without passengers are subject to few restrictions while being tested.

All signs point to deliveries being an important stepping stone for autonomous vehicle technology. As much as it might seem like the first step towards self-driving cars, both domains will likely grow symbiotically. “It seems likely that the first frontier for autonomous mobility will be achieved by leading self-driving car technology companies, like NVIDIA, Mercedes-Benz, and Uber,” Silver says explaining his take on it. It doesn’t matter who gets their first if it means lesser traffic for everyone eventually.