Bagel is a reinvented, smart tape measure, complete with a companion smartphone app, that enables you to make pinpoint measurements, save measurements and record voice memos in a few simple steps. And it’s absolutely killing its Kickstarter campaign; as of the publish date of this article, Bagel is just shy of $600,000 from over 5,000 backers.

Users first select one of the three measuring modes: string, wheel, or remote. They can save and record a voice description of the project or item and once the measurement is taken–displayed on a digital screen–the figures are also synced to the smartphone app where they then can be organized, reviewed and stored. The internal memory of the device stores up to 100 measurements and voice memos, all of which can be recalled on the built-in OLED display.

String mode works just like a standard tape measure; you pull the end out and as the “tape” extends, the distance is displayed on the device. This mode can be used to measure up to 10ft (3 meters) and the line is made of Dyneema string that can withstand up to 112lb of weight and will never cut the skin. 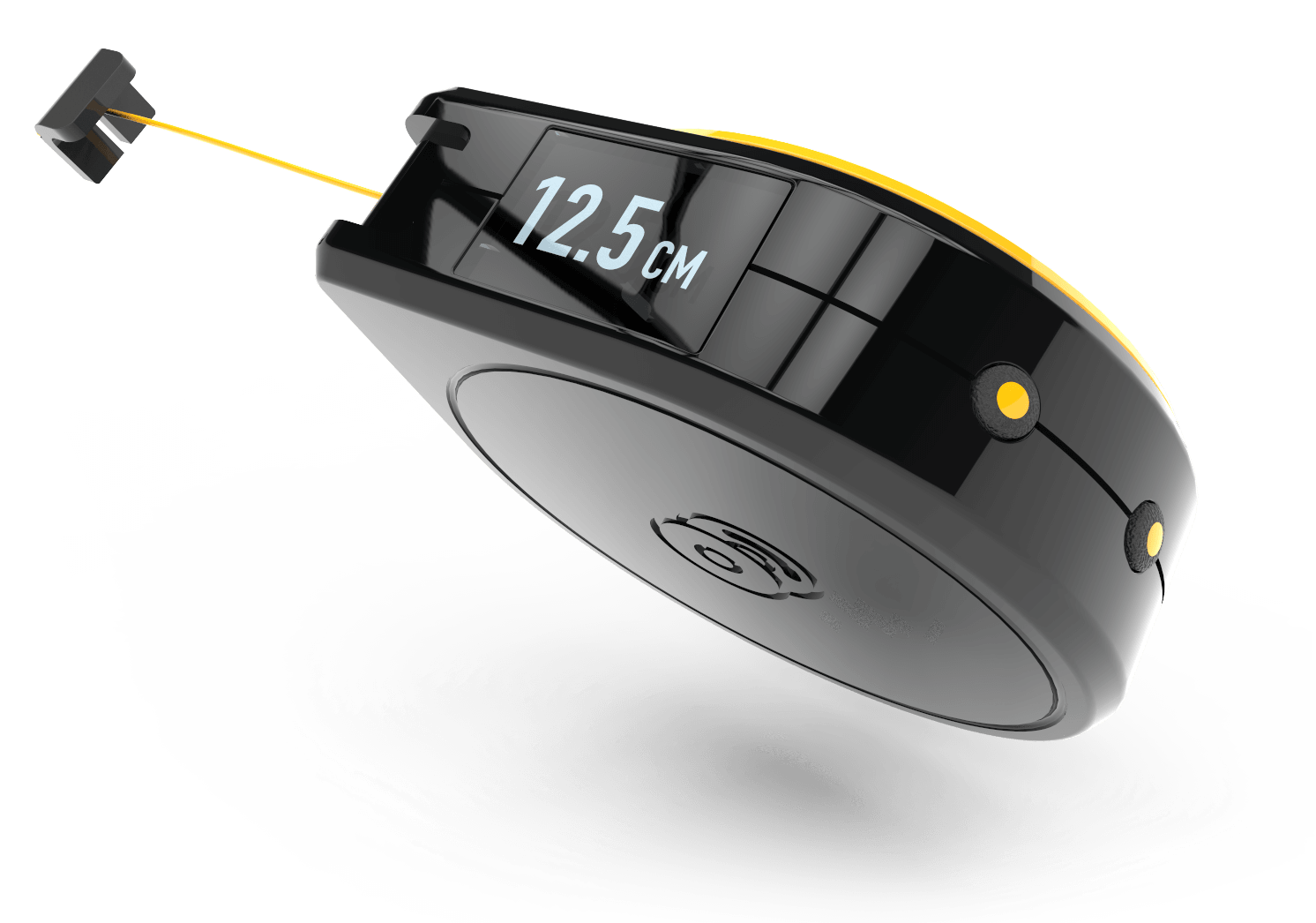 Wheel mode is available for times when you don’t have both hands available or you are measuring curved surfaces.

Finally, there’s remote mode which is designed to measure items which are far away or hard to reach. Users simply point the ultrasonic sensor at objects, walls, or ceilings and Bagel will tell them how far away they are. Remote mode can measure up to 16 feet 4 inches (5 meters). In addition to the built in laser pointer, Bagel also has built-in standing supports to perfectly measure horizontal and vertical objects.

Bagel is fairly small at 3.1” x 3.1” x 1.2” and only weighs 4.2oz (118g). It uses Bluetooth 4.0 BLE for smartphone connectivity and the built in 500mAh Li-Po rechargeable battery is rated to last up to 24 hours, with 8 hours of constant use. It can be recharged using a standard micro USB cable. 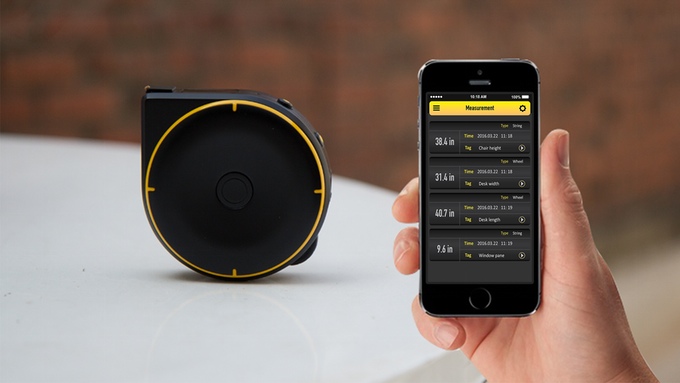 As mentioned earlier, the companion mobile app (compatible with Android and iOS devices) enables users to organize their measurements and even export the data to a CSV file for editing in standard spreadsheet software. The app also converts voice notes to text, and there’s graphing functionality built-in.

While the team originally tried using six different off-the-shelf sensors for the device, Bagel Labs eventually developed their own for the product, backing them with six patents. Bagel claims the device is accurate to within 0.5% as long as it is used under room temperature conditions. The team is working to reduce the error margin even further.

To date Bagel Labs has raised over $560,000 via their Kickstarter campaign and the product is estimated to ship in November 2016, anywhere in the world. The single pack of the tape measure sells for $79 while the double pack sells for $130 (a 12% and 27% discount off the retail price respectively).