Making the perfect cup of tea is a bit more complex than most think; there’s a lot more to it than just plunking a few bags in a venti cup and writing Arielle instead of Carol. At least 1,100 or so people are well aware of the value of finely brewed tea, as they just helped “The world’s first smart tea maker” earn more than double their Kickstarter goal.

Qi Aerista allows users to effortlessly strong brew and cold brew their favorite teas to perfection, all made possible by an innovative circulative infusion system that heats and maintains a consistent water temperature specific to the tea type.

“Tea is delicate and when brewed properly, makes a tremendous difference in taste,” said Rick Ha, Founder and CEO of Keyway Innovations in a press release last month. “That is why we created Qi Aerista to simplify the brewing process for all types of tea. Even someone new to tea can enjoy a perfect cup every time.”

The system comes with six preset brewing programs: floral, green, black, oolong, milk tea (strong brew), and Cold Brewing for all tea types. All types can be kicked off with just a press of a button (or two). There is, as you likely guessed, an accompanying app that enables a whole bunch of “smart” functionality–like scheduling a brew for the next morning when you wake up, tracking the entire process including time left and temperature, and of course, keeping a tea diary. Yes, keeping a tea diary.

Once a brew is complete users are sent an alert through the app and Qi Aerista keeps it warm for up to an hour. 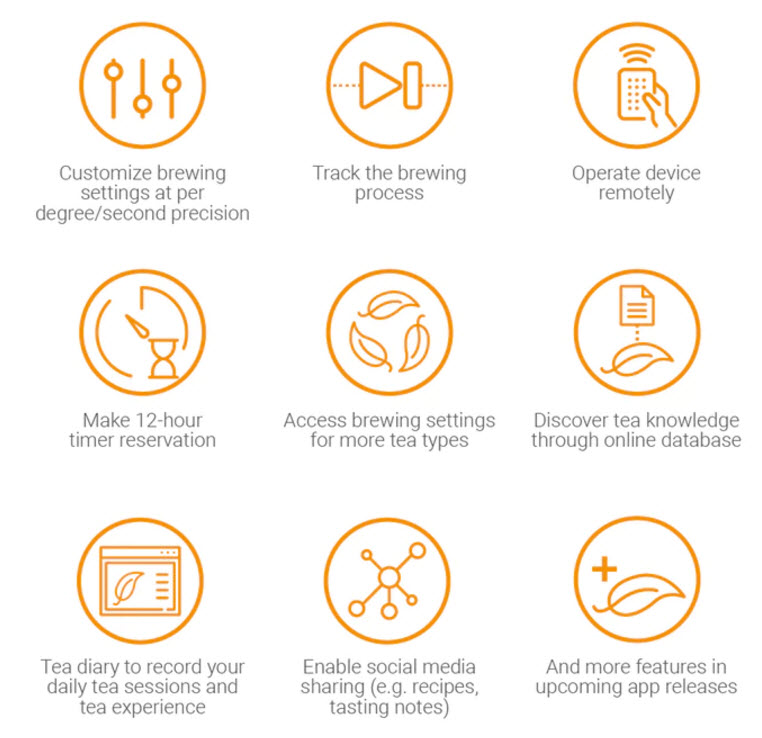 When the Qi Aerista Kickstarter campaign wraps up tonight (Dec 14), it will have raised over HK$ 1.25M, which is just past the $160K USD mark. Backers were able to snag the tea maker for as little as $149, which is 35% off the expected retail price of $239. The estimated shipping date of the first production units is June 2017. Biscuits not included.