Originally, the Apple Watch was supposed to come with a walkie-talkie messaging option, “for a fun alternative to a phone call… to trade spur-of-the-moment sound bites with friends.” We now know that the feature was nixed, probably because it would be annoying to have friends initiate communication unilaterally when you may not be ready for it. That doesn’t automatically make the walkie-talkie mode on a smartwatch a liability, though.

The folks at StarVox are showing just how a voice messaging feature that mimics a walkie-talkie can be a desirable feature. The device addresses a pretty specific use-case: outdoors communication with groups during hikes or treks, which is most often reliant on cellular reception or ponderous equipment. StarVox combines the convenient smartwatch form factor with the ability to communicate with those nearby in a manner similar to a two-way radio. That means no need to pray for the presence of a cell tower nearby, and no heavy equipment.

StarVox’s smartwatch has a range of 1.2 miles, or 2 kilometers. The walkie talkie operates between the 400 MHz and 470 MHz frequencies. To make use of it, users are required to raise their watch-wearing hand; that’s probably because the antenna is built into the watch strap and would result in clearer communication. They can then simply tap a button on the 1.54-inch touchscreen and speak into the mic to communicate with other StarVox users in the vicinity.

Although the unique close-range outdoors communication is the most obvious feature that sets StarVox apart from the average smartwatch, it also appears to hold its own as just a smartwatch. The device comes with a built-in barometer, hygrometer, altimeter, thermometer, and pedometer. These help track data such as distance covered, altitude gain, and temperature, all of which hikers generally like to keep tabs on. Also available to StarVox users is GPS, a compass, and dual-mode Bluetooth.

Communicating beyond the reach of cell towers is a challenge that has been addressed by innovators in different ways. The GoTenna, for example, establishes connections using ad-hoc networks, but is limited to text messages. Then there are devices like the Delorme inReach, which is meant for nothing but off-the-grid communication. The StarVox product stands out with its portability and audio messaging features. 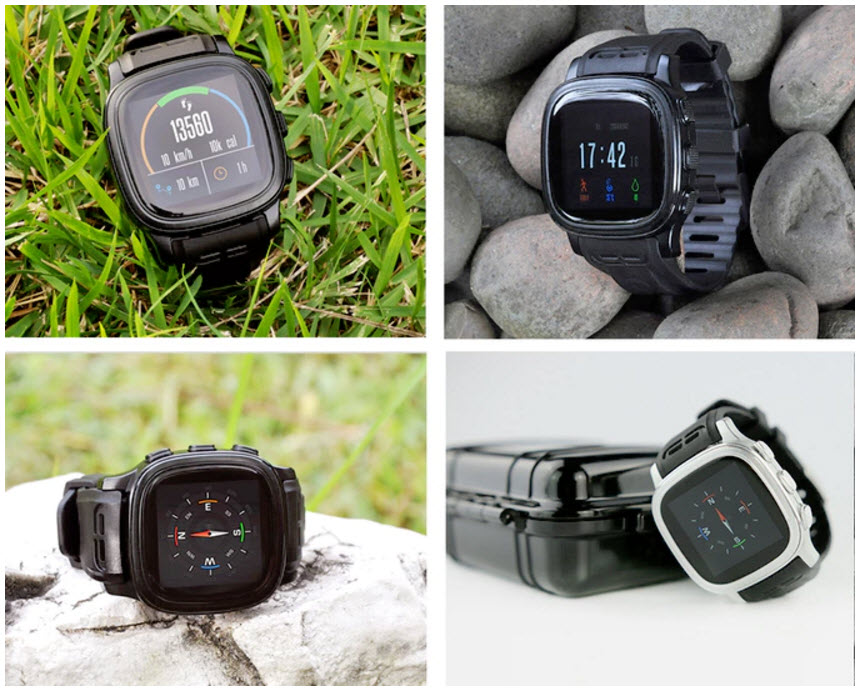 The Kickstarter crowd has been quick to see its benefits, endowing StarVox’s campaign with more than $35,000 on a $20,000 goal, more than three weeks still remaining for pledges. Super early bird units of the smartwatch are priced at $59 on Kickstarter which is more than 50% of the anticipated retail price of $109. The $99 pledge that offering two units seems to be the most popular (duh). The device is expected to ship in April 2017.