Available in the U.S. and Canada, Soylent was invented in 2013 and introduced in 2014 after a crowdfunding campaign that generated $1.5 million in preorders. The co-founders had met while working on separate startups but living in the same house. Frustrated with the cost, time-loss, and pain of food prep, CEO/Founder Rob Rhinehart, alongside co-founders Matt Cauble, John Coogan, and David Renteln, developed Soylent as an experiment. Technically it’s a meal replacement product – think ‘70’s SlimFast rebranded with a provocative brand name – positioned as proudly pro-GMO in packages with a pared-to-the-bone design. The ready to drink and powder formulations both provide 20% of daily nutritional requirements regarding calories and micronutrients, with fiber being lower in the drink – only 12% vs. 20% in the powder.

Appealing to the highly driven tech community and college students, L.A. based Soylent has just scored $50 million in fresh funding in a round that brings the company’s total funding to $74.5 million. The round was led by GV’s Andy Wheeler who has joined Soylent’s board of directors as part of the deal. Other participants include Tao Capital Partners and previous backers Lerer Hippeau Ventures and Andreessen Horowitz.

Soylent has sold its line of products exclusively on Amazon.com, but the new funding will in part go toward introducing the brand to grocery stores, convenience stores and “mass market” retailers. Rhinehart told an industry publication that it was too soon to give specific details about the timeframe or size of the retail launch, but said the company’s goal is to expand their consumer base as far as possible into the mainstream mass market. He declined to discuss the pricing strategy. Soylent’s 14 oz. Ready-To-Drink line is currently sold only in 12-pack multipacks for between $34 and $39 per bundle.

The new funding will go toward product innovation, adding new production facilities, and expanding the brand outside of the U.S. to Europe, Rhinehart said, adding that the company is currently is working on several “new innovations in product categories.” The company expects to release two or three new flavors this year to add to a lineup. Those flavors include a coffee-flavored, chocolate and fruity nectar varieties along with its chalky original flavor. It’s a smart move considering that when purchasing nutritional and performance drinks, the most important factors for U.S. consumers are favorite flavor (41%), the amount of protein (40%) and high fiber (33%). 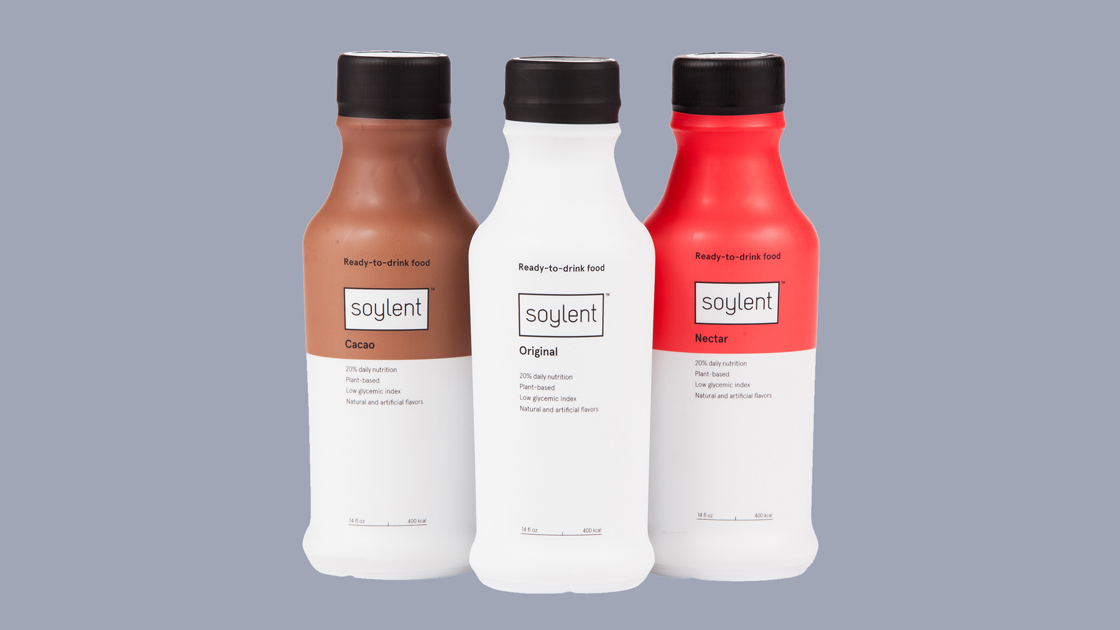 In 2016 consumers became ill after consuming Soylent’s powder mix and protein bars. The company, which determined the cause was algae-based ingredients, reformulated the powder, but to date, the bars do not show up for sale on Amazon.com. In April 2017, Soylent issued a voluntary recall after finding that a small amount of milk product may have contaminated batches of its Soylent 1.8 powder. “People who have an allergy or severe sensitivity to milk run the risk of serious or life-threatening allergic reaction if they consume these products,” an announcement of the voluntary recall on the Food and Drug Administration’s website noted, adding that the company had not received any reports of illnesses related to the undeclared dairy.

Analysts forecast that the global market for meal replacement products will grow at a CAGR of 7.1%, and will be worth $20B by 2020, driven by e-commerce and retailers increasingly shifting online to gain better visibility and offer purchasing convenience.

Products introduced by startups after Soylent include EU-based Joylent (now called Jimmy Joy), along with Mana, Keto Chow, 100% Low Carb Raw and KetoSoy. For those passionate about meal replacements, there is also several online communities for discussing and sharing homemade recipes.

Will Soylent ultimately feel the squeeze like Juicero, or is it a category-killer in the making? The association with Soylent Green casts brand-name shade, while the history of food safety issues is not optimal for a product set to enter a world where retailers will not appreciate repeated product recalls. 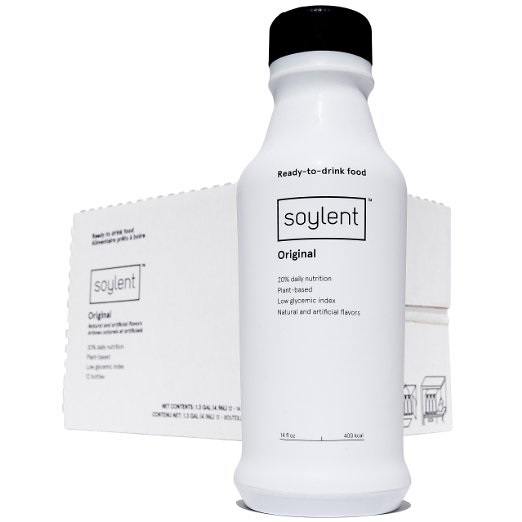 Even with its cult following, some reviews of current product variants, (e.g. the Cacao flavor) on r/Soylent are less than pleasant. Millennials are foodies and will expect flavor and taste appeal (mouthfeel) without the downside of flatulence or any other adverse digestive effects. The ‘Proudly Pro-GMO’ positioning precludes, at least perceptually if not scientifically, Soylent from the organic sector – the fastest growing sector of the U.S. food industry.

“Eating is a very social activity, one of the most enjoyable pleasures of the human experience,” comments Camille Sanandaji, the Founder, and CEO of Colorado-based startup Foodstems, a social marketplace for direct farm to restaurants, retailers, and consumer sales. “Some people place a lot of value on that versus others, who are looking for the most ‘efficient’ way of getting their needed calories. This is a cultural issue if anything. In France or Italy mealtimes are treated as a sacred ritual.”

“People are getting sick of fast, cheap, efficient food in America,” Sanandaji passionately explains. “Why do you think there is a growing interest in delivery meal-kits, cooking at home, spending larger amounts of income on restaurants and food in the millennial generation? Food is everything to me. It’s one of the sensual experiences that makes me feel alive.”