Simply aiming to fuck with people’s emotions on April Fools’ Day, the executives candidly expressed that they never intended the “design” to be taken seriously and introduced as long-term solutions by companies looking to retain employees and make money.

“It was sort of like when hipsters open up those home-made ice cream bodegas and serve a flavor like, ‘Burnt Cod-Semen Cappuccino’,” said Puj Pindergunt, former Head of Productivity Mitigation at eBay. “They don’t expect anyone to actually eat it – they just put it on the menu to fuck with people because they have rich parents and it doesn’t matter how the business performs. That’s how we thought of open concepts. They were the Burnt Cod-Semen Cappuccino flavor of work environments. For whatever reason, people actually ate the shit.”

Originally introduced in Germany in the 1950s to encourage and facilitate open communication, camaraderie and ideation, open concept layouts remained under the corporate radar during the latter half of the 20th Century due to their tendency to be fucking terrible.

Towards the end of the century however, spilling into the new Millennium, certain leaders amongst the booming deluge of North American tech companies began realizing that given their soaring profits, productivity and progress, it was likely that employees were being treated too well.

“It was getting a little out of hand with all the entitlement,” said Cornelius Fairscrotum, who has been VP of Stuff Things & Whatevs at Google since 2005. “Employees were walking around saying some really concerning things like, ‘The quiet really helps me work’, and ‘I find myself more productive when I’m not watching my coworkers eat porridge’. Obviously we needed some kind of course correction – you know, just a nudge. We didn’t think it would take off and become a thing. You know, we were used to working with brilliant engineers and designers – we didn’t expect people to be that fucking dumb.”

On April 1st, 2006, several prominent tech companies, including Google, eBay and Amazon rolled out their most elaborate April Fools’ joke yet. Offices were torn down and replaced with Feng Shui from Ikea, meeting rooms were converted into first-come-first-served shitshows, desks were smooshed together to resemble a mess hall in a Kibbutz, and everyone was given the flu. 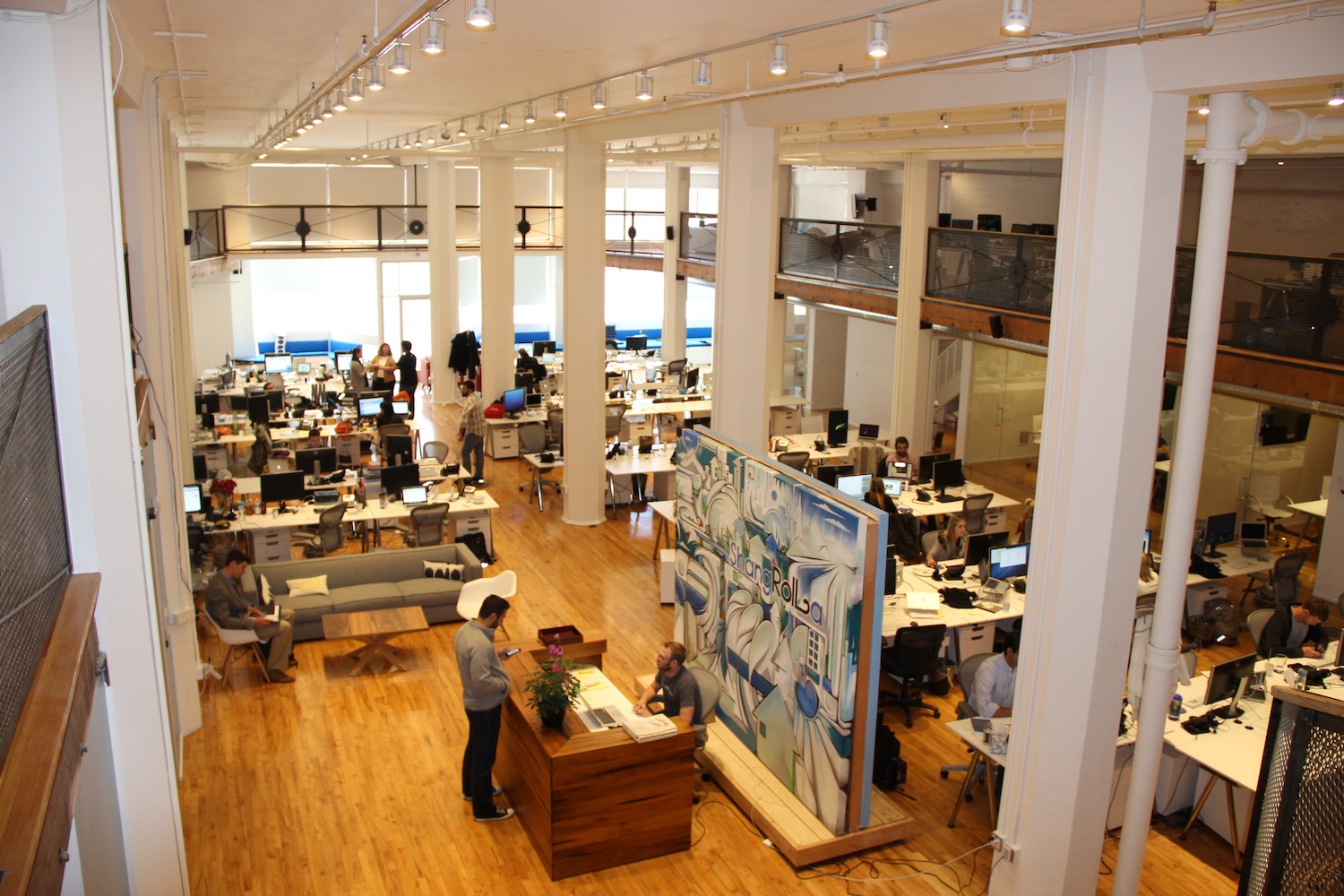 At the outset, colluding executives behind the prank were ecstatic with the results.

“You should have seen their faces when they walked in that morning,” reflects Tit Backgammon, current SVP of Annoying Emails at LinkedIn. “It was like someone had ripped out their colons and replaced them with moldy pineapples. It was hilarious. I even think a few of the really big nerds started crying.”

But then the unexpected happened; employees started pretending it was ok, embracing the access to petty distraction, and then within a matter of weeks, dozens of other tech firms were racing to adopt the layout strategy in earnest.

“It didn’t make any sense,” Chief Exaggeration Officer at Expedia, Pedronandezani Cho told the media today. “We totally fucked them and they just rolled with it. Then all of a sudden, all these other companies started hounding us wanting to replicate our space. They started calling us asking who we used for design and construction. We were like, ‘What design and construction? We just threw out a bunch of stuff, paid a few teenagers to tip over some bookshelves, and pretended like we spent a lot of money on chairs.’ And everyone was like, ‘This is the future, maaaan’. Ok, whatever – maybe for the plebes. It’s not the future for my office, dickheads.”

The viral spread of the prank-turned-plague has been staggering, especially given all the clear research pointing to a balance in favor of drawbacks to the open concept model.

“I mean, how good are you really going to be at your job when the only way you can focus is if you put on headphones, listen to Slayer, hide in a dark meeting room, wear a visor, and snort cocaine off an empty Monster can?” asks Pindergunt. “And as if someone was next to one of those assholes who screams out their private phone calls in public and thought, ‘We should have a bunch of these assholes around the office.’”

Fingrette Lichtenschlurpdt, Head of Endless Equality Complaints at Yahoo! remains shocked at the ubiquitous neglect towards the simple facts.

“Sure, there’s research, and that’s great. But isn’t this just common sense?” she said to reporters. “I mean, you have a bunch of people at home with their gross babies that are barfing their gross baby infections up their parents’ nostrils, and then those parents come in and sit 20 inches away from you with their shoes off and sneeze Raisin Bran and Zika onto your keyboard for eight hours. What the fuck did we think was going to happen?”

The more pertinent question is what we think will happen now that several high-profile executives have opened up about the real story behind open concepts.

With more than 70% of US employees now working in open office environments, a quick reversion seems unlikely, despite the industry’s reputation as “iterative” and “fast-paced”.  And while employees below the executive level are the ones suffering, a shift back to a more productive, closed-concept workplace ultimately depends on more open minds in the upper ranks.

“I mean, ya, when you look at the employee-level performance numbers, there’s just about zero benefit to anyone, except maybe the cleaning staff,” says Fairscrotum. “But so many dumb Millennials think it’s ‘dope’, or whatever, and it makes it a lot easier to see when other people are researching venereal diseases on their computers. So at this point, I’m not sure it’s worth the overhaul. Plus, it’s cheap as fuck.”