Upload Inc. is a San Francisco-based start-up focused on accelerating the growth of the AR/VR industry–not just to bring immersive technology to life, but to do so in a way that creates a positive impact. There are three focus areas of the company: co-working, skills training and media. One of Upload’s current features is a virtual reality weekend where end-users can program their own video games. More than 40 companies currently use its San Francisco incubation space, and thousands of people have taken part in its online education programs–partnered with Google, HTC and Udacity–hosting more than 20,000 people at 200+ events.

Co-founders Taylor Freeman and Will Mason, President and CEO respectively, built the company out of a Meetup group in 2014 and were recently recognized in the media category of the 2017 Forbes 30 Under 30 list. Now, they’re everywhere in and around the space. With more than a few ears to the ground, and eyes to the sky, here are five big things the two California entrepreneurs expect us to see from VR this year…

“Last year was labeled the year of VR by a lot of people who now say it didn’t quite take off, so to speak,” says Mason. “I think that that’s a bit of a misconstrued narrative of the industry.” Mason encourages us to look at the early growth patterns of another familiar industry: smartphones.

“You look at the earliest stages of the smartphone industry and where sales were at there; it’s quite in parallel,” Mason explains. “VR actually had its first game hit $3 million in revenue this past week.” Quality of and investment in content, Mason believes, will help carve out this trajectory going forward. “Talking to a lot of the people that I speak with, it’s really apparent that, especially in the Hollywood entertainment sphere, there’s a rush to unlock bigger budgets for this content to allow it to really flourish. I think that that’s going to be one of the big things that we’re going to see in 2017; an influx of a lot more capital and a lot more heavy IP that’s being brought into the space.”

“I think number two: things that we aren’t expecting would be some convergent industries, that aren’t necessarily what people align their thoughts with around VR right now.” Freeman is quite convinced that we would be wise to expect the unexpected when it comes to virtual reality adoption across verticals. “Everyone typically sees VR as a gaming and entertainment device,” Freeman says. “I think going into 2017 we’ll see massive adoption in the design and architecture fields; we’ll see significant research and adoption in the medical field; we’ll see training and simulation applications starting to become highly utilized. I think it’s one of the secret powers of VR that some doctors and researchers are starting to realize. It’s a very crucial component of the ecosystem…” 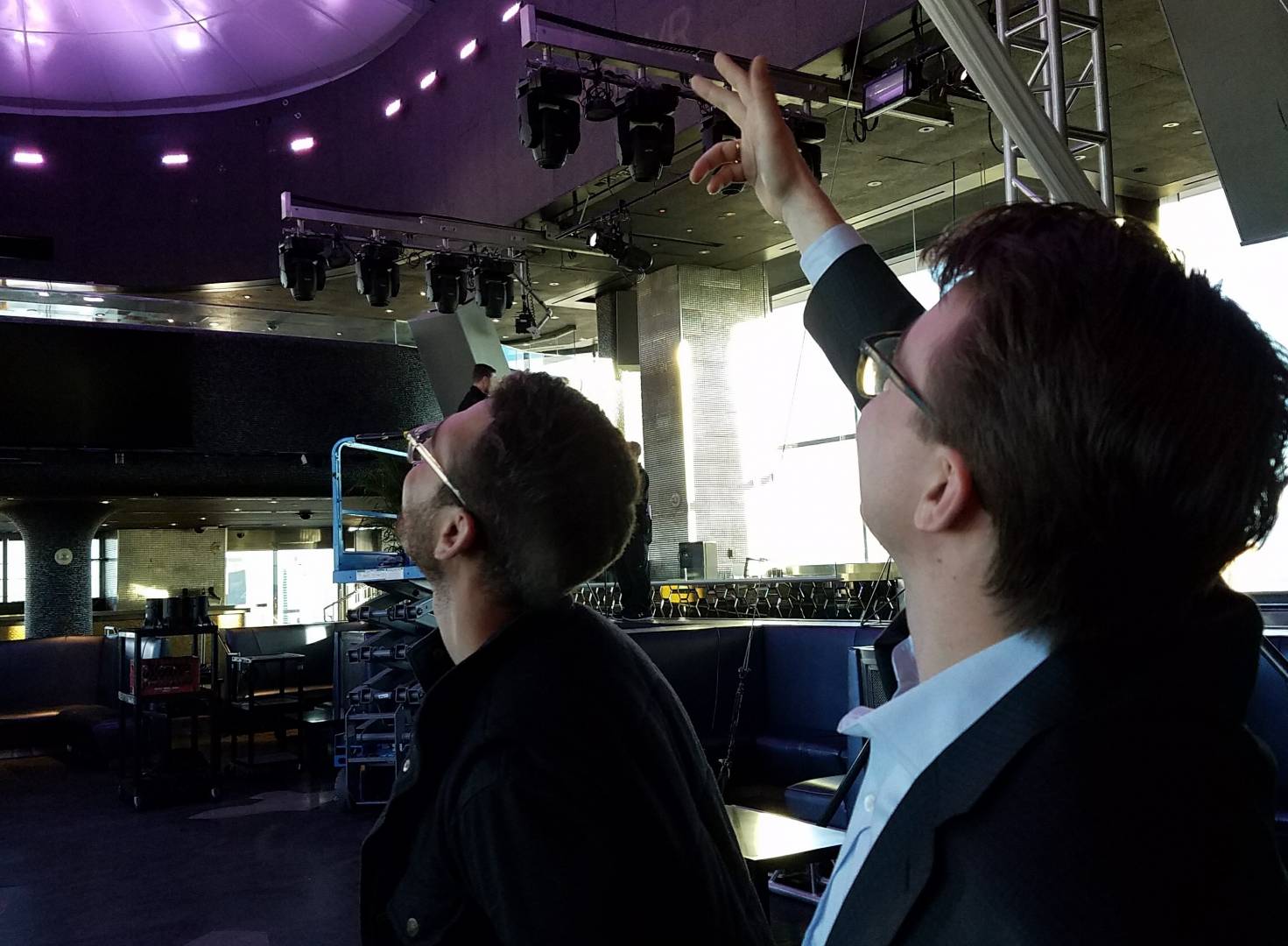 Mason agrees. “I think that there’s infinite possibility for what this medium can do outside of gaming and the entertainment sphere. I really think that a lot of that will get more of the center stage over the course of this year.”

“Frankly, you can sometimes get a little tangled up on there if you get too excited,” jokes Mason, pointing to a real physical roadblock in many current virtual reality implementations. “There are four companies here at CES that are showcasing different wireless solutions for the headsets, all using different types of technology…different approaches.” 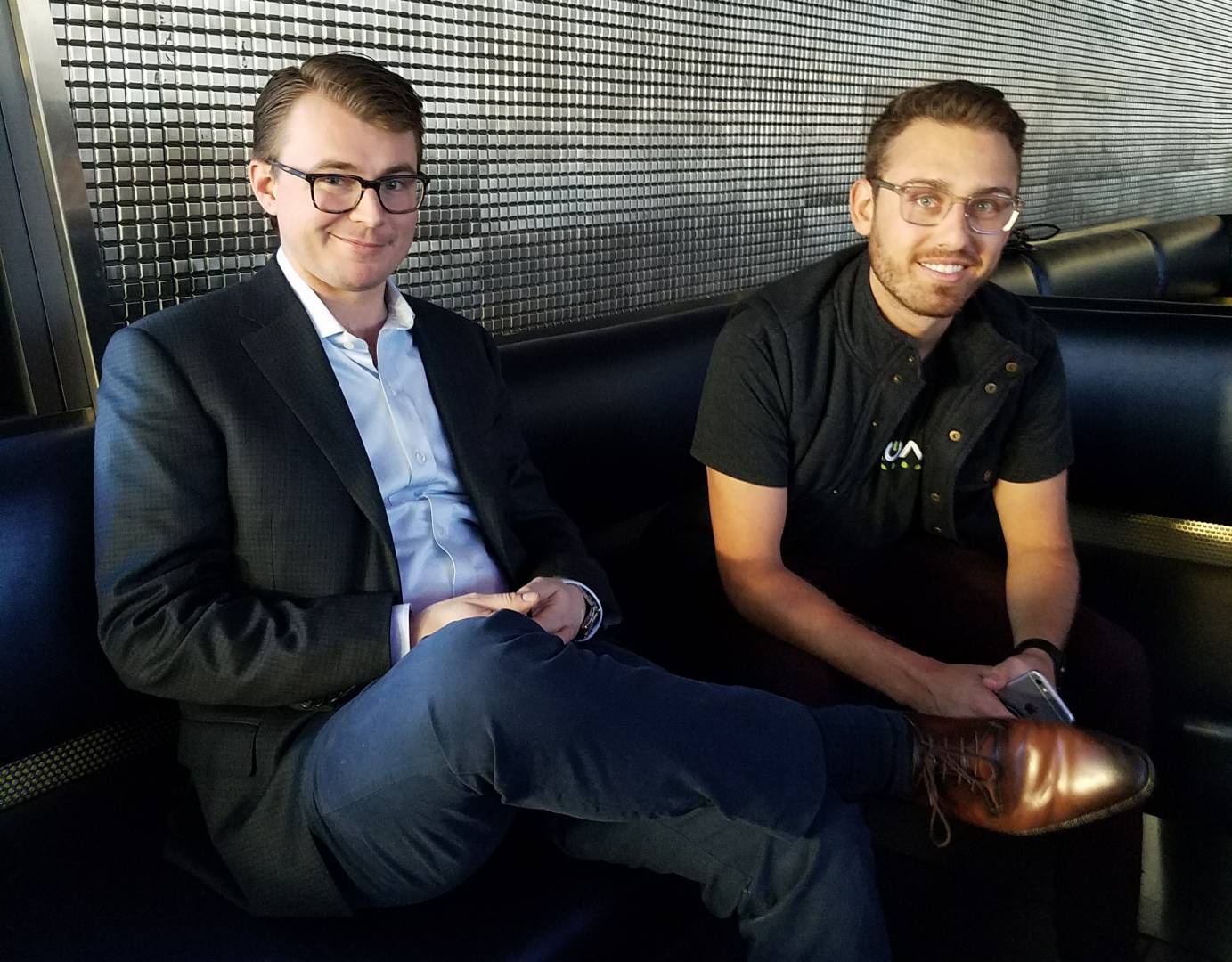 “There’s also a really strong push in the computer vision field to unlock positional tracking in a way that allows a mobile phone to have that freedom of motion experience,” Mason continues. “There’s been a number of problems impeding the progress of that. It’s not all been a ‘Can we do this?’ or ‘Can’t we do this?’ It’s ‘Can we do this, and do it in a way that doesn’t drain the battery, and doesn’t overheat the phone, etc. over long periods of use?’ I think that we’re going to see that sort of trend of technology improvement…continue to the point where it’s going to make it into a consumer-ready device. I’d say that by the end of this year we have a consumer-ready mobile VR headset based off a phone that has full positional tracking.”

Beyond gaming and what we could consider expansion verticals, Freeman sees the good that can come from virtual reality in terms of overall enhanced quality of life and perspective. “In this past year, we’ve seen incredible things like paraplegics being able to walk using VR,” describes Freeman, “people being able to overcome their fears and phobias using VR, and a lot of science around how the technology interacts with the brain, specifically the hippocampus for short term, long term, and spacial memory. I think that going into this year we will start seeing, even more, use cases of VR for things that are helping people in ways that we just can’t even imagine at this point.”

While 2017 may be the year of waiting for VR, and we may only see glimpses of what could be in a “Ready Player One” world, Mason concluded his predictions with a prophecy of growth in hybrid commerce and the demand for digital-only products. “I believe the first business will be formed where someone is monetizing on virtual items inside of a social space,” Mason says confidently. “We’ve seen it happen already outside of a VR environment. Depending on who you ask, you could argue it’s a VR environment, but with Second Life, there’s an entire economy built on the buying and selling of virtual goods. I think that we will see that economy shift itself into the metaverse–or what we might call the metaverse–at some point…within this year.”