After the revelations made in Episode 7 last week, it was clear that we were heading into the home stretch of this season’s major story arcs. Last night’s episode saw those arcs careening to the stars. We’re getting so tantalizingly close to a few real resolutions that the torture of waiting two more Sundays is almost as unbearable as Sylvester’s constant bitching.

Luckily, Maeve seems more than willing to shut Sylvester’s mouth and lead us to the answers we’re looking for. She is now on an explicit mission to escape from the park, and through her manipulation of Felix (and to a lesser extent, Sylvester), she has gained a power of suggestion over other Hosts—a few choice words from Maeve, and they do anything she wants. Her plan is to build an “army” that will allow her to break out of Westworld, though she still needs a rebuild to remove the explosive safeguard located in her (and all Hosts’) spine. 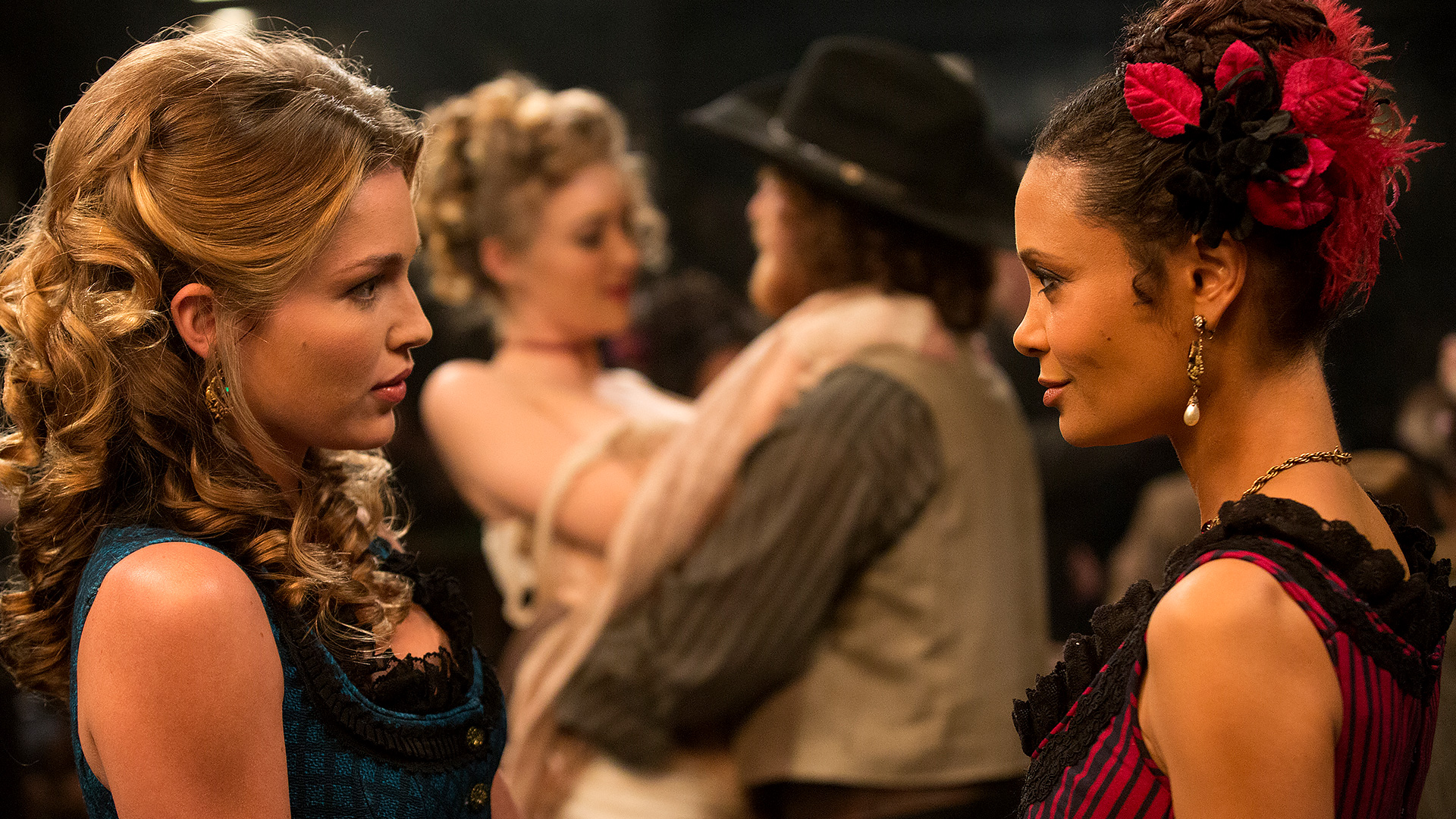 We also learned more of Maeve’s backstory, and it’s inextricable link to the Man in Black. Outside the park, the mystery man who wears the color of mourning is, in his own words, “A god. A titan of industry. Philanthropist. Family man.” For thirty years he came to Westworld to explore his darker urges while living an exemplary life of success and generosity on the outside. Then his wife died, and at the funeral his daughter tells him it was suicide. As much as he tried to hide it, the darkness in him was always visible and always terrifying to those close to him. After this, he comes back to the park to see how deep his darkness truly goes, and when he encounters Maeve in her previous homesteader storyline, he kills her and her daughter, just to see how he feels.

The Man in Black feels nothing, but Maeve surprises everyone by feeling a great deal. She can’t be brought under control by the park’s engineers until Ford steps in and uses some music to calm her down, erase her memories, and give her a new storyline as the madam of Sweetwater’s brothel. Maeve still remembers her daughter, though, and like the other Hosts, when she has a memory she relives it in perfect detail. This leads to more than a bit of mayhem as she tries to raise her robot army, and the last we see of her in this episode a team of Westworld employees is closing in on her. 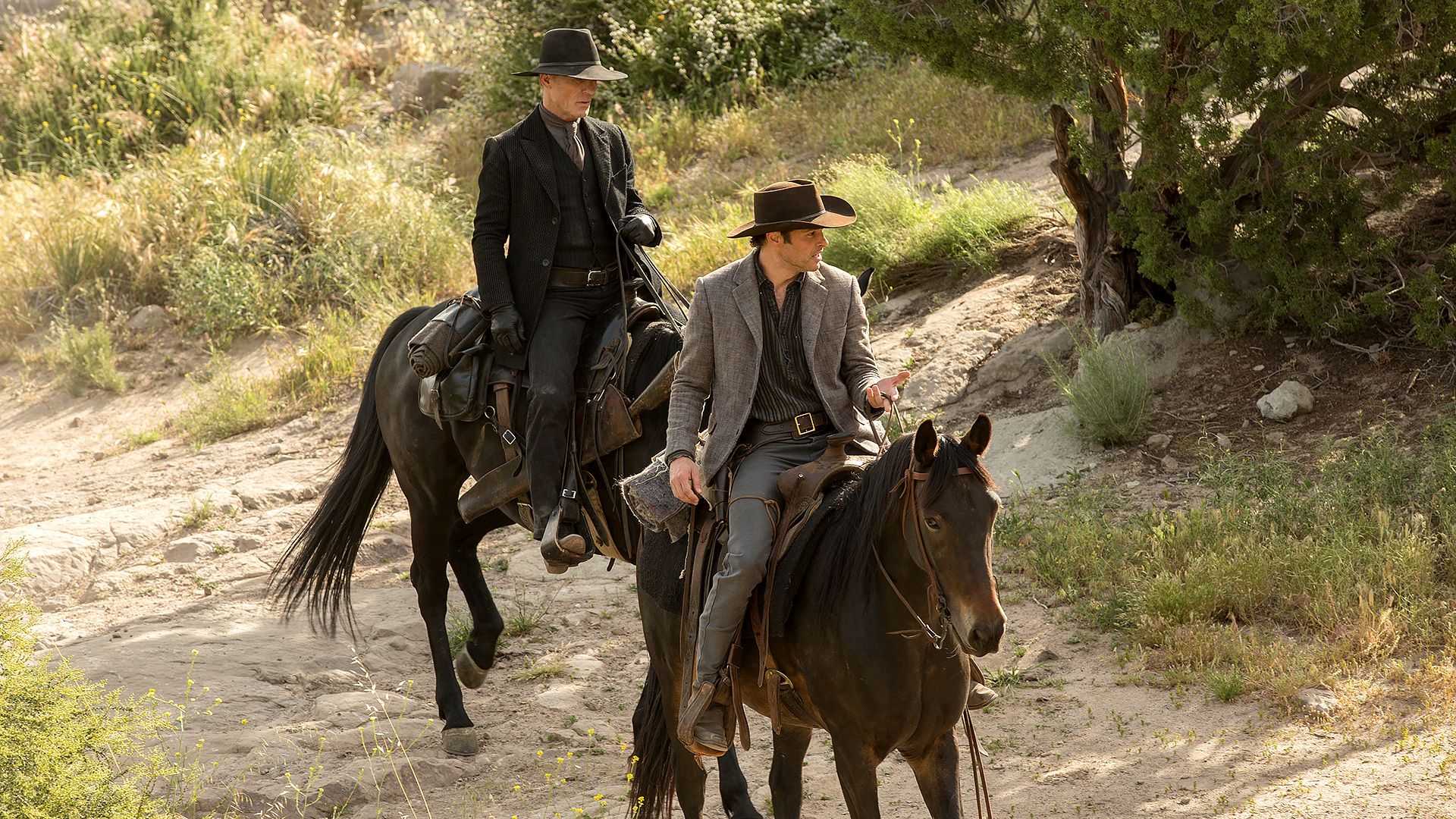 Meanwhile, the Man in Black and Teddy are closing in on Wyatt and The Maze, and they meet an apparent victim of Wyatt’s who’s still alive. It’s the blonde Host who first welcomes Billy on his arrival to the park way back in Episode 2, and the Man in Black comments that he figured Ford had retired her—the strongest hint yet that the Man in Black and Billy might be one and the same person.

Before the trio gets much farther, though, Teddy starts remembering things, too. Specifically, he remembers the Man in Black attacking Dolores. So Teddy knocks him out, ties him up, and beats the beginnings of the truth out of him—thus the revelations we get about the Man in Black’s true nature. But just when it seems that Blackie might be about to meet his end, Blondie turns, stabbing Teddy and telling him that he needs to return to Wyatt’s fold.

Dolores is remembering more and more as well, but her memories are also causing confusion. She can’t separate her memories of the Town with the White Church from her present reality, and we can’t be sure if we’re seeing the “present reality” or what’s in Dolores’ head either. This is also a strong hint that the dual- or multiple-timeline theory of the show’s plot might be correct; certain events in Dolores’ story arc seemed to negate this possibility, but if we’re actually seeing Dolores go through multiple timelines while she herself is confusing and conflating them, then we really don’t know when the fuck anything happened.

At the end of the episode, Dolores and Billy are caught by Logan and a band of Confederados. Given all of the intertwined revelations, we can be pretty sure Billy emerges victorious—and if he is the Man in Black, becomes a major stakeholder in Delos and thus Westworld itself—but we’re still on the edges of our saddles to see how it all plays out in the final two episodes. 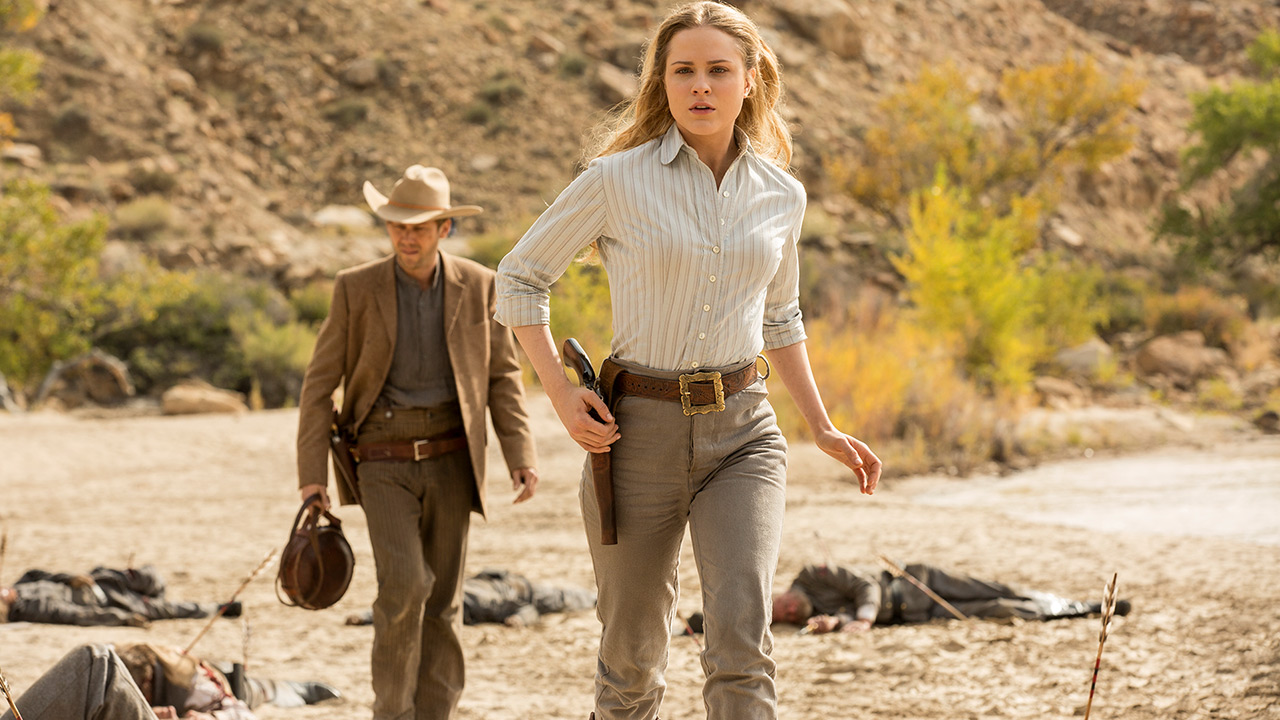 There isn’t a whole lot of lot development that takes place outside the park this time around. Theresa’s death becomes public knowledge; her body is found in the same ravine as the errant woodcutter, with evidence that Theresa was trying to smuggle out data from the park. Hale and Ford know exactly what’s going on, of course, but each has to pretend that the other is being honest. Hale enlists head writer Lee Sizemore’s assistance in getting the data out of the park now that Theresa is gone, but whether he’ll be any more successful than Theresa remains to be seen.

The philosophical revelations we get from Ford in this episode are more compelling than the plot points. In a discussion with Bernard about the nature of consciousness, emotions, and humanity, Ford reveals that he does not think the Hosts are “missing anything” in terms of being human. Instead, he thinks humanity itself is over-rated, or over-estimated; that human beings are nothing more than automatons themselves, programmed into loops, with their actions and emotions dictated by their own core code. It is not that the Hosts could become more than what they are by achieving consciousness, but that humans are less than what they think they are because consciousness is an illusion.

It’s a dark view, and one that Arnold didn’t share. That disagreement, Ford hints, is why Arnold died, almost certainly at Ford’s own hand. 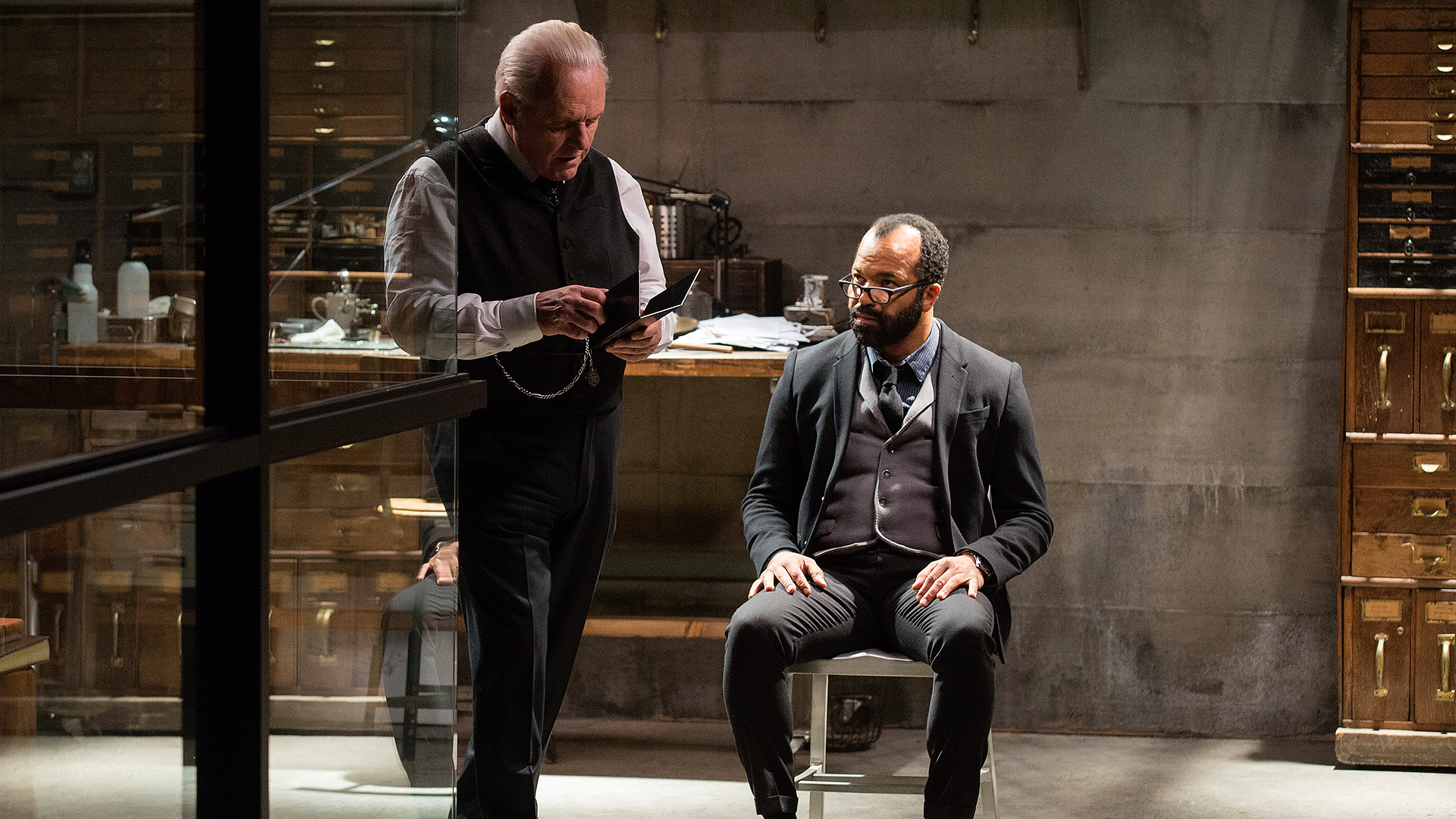 Keeping with the theme of extreme juxtaposition, Episode 8 seems both lighter and heavier than other episodes of the season. The need to start wrapping things up for the season meant a lot of backwards reflection rather than forward momentum, and a lot of introspection rather than action. For a show as cerebral as it is visceral, it was a necessary way to set up the climaxes through which we’ll all be going the next two Sundays.