Season 4 of Silicon Valley is still months away, and the return of Game of Thrones is even farther off. HBO’s hopes for keeping their claws in most of those shows’ viewers have been pinned on Westworld. For those unaware, the new series is a sci fi drama/action quasi-epic created by Jonathan Nolan (brother of Christopher Nolan and co-writer of The Dark Knight and The Dark Knight Rises, among other things) and his wife Lisa Joy (formerly a writer on Pushing Daisies and Burn Notice).

Though it doesn’t quite have GoT ratings yet, Westworld has over 3 million people tuning into each episode when they air on Sunday nights, and even more through HBO’s streaming services as the week wears on. A Season 2 renewal already looks likely, and I’m on board as long as this train’s a runnin’. You oughta be, too, pardner. It’s already 5 episodes in; if you haven’t done it already, you’ve got some addictin’ to be doin’.

First of all, this is fucking good television. We’re in the second decade of a TV drama Golden Age, with HBO hits like The Sopranos and The Wire largely responsible for its birth. Westworld keeps the tradition of top-notch storytelling—in the writing, the acting, the cinematography and visuals. It is a show that is yet more proof that big art can happen on the small screen, and that audiences don’t need to be pandered to (though working 100s of naked bodies onto the screen in a plot-supported, non-gratuitous manner is a nice touch).

Many moments are sheer poetry. White hats and black hats, for instance. This convention was present in TV and film Westerns of the 1950s—good guys wore white hats, bad guys wore black hats—and is now techspeak differentiating the good hackers/programmers from the less morally inclined ones. In Westworld, which straddles the fantasized Wild West and the world of cutting-edge technology, the literal and symbolic implications are openly embraced in a way that would make any English teacher cream themselves. It’s metaphor, it’s foreshadowing, it’s motif…

When I refer to my own coverage as “geeking out” (and it is geeky), that is the shit I’m talking about. You can keep your Star Wars and your Pokemon and your comic books. Give me something the Ph.D.s will be parsing a decade from now. Like Anthony Hopkins’ character says in Episode Two, the audience “come[s] back because they discover something they imagine no one else had ever noticed before.”

Hopkins isn’t talking about the shows audience, though. He’s talking about the Guests at his uber-expensive resort/amusement park; the eponymous Westworld, where AI-imbued flesh-and-blood robots (“Hosts”) serve to excite, titillate, and satisfy thrill-seeking patrons (“newcomers”) in their little world. Which brings us to the plot.

Based on a 1973 movie written and directed by Michael Crichton (yes, that Michael Crichton), Westworld takes place when the resort has been in operation for over thirty years. Founder Robert Ford (Hopkins) recently introduced something called “reveries” to the Hosts’ programming, which has inadvertently (or perhaps intentionally) allowed some of the robots to access memories that were supposed to be wiped out—previous characters they played in the resort, the shitty things Guests subject them to, etc. This is acting like a subconscious of a sort, and could be giving these robots consciousness and free will.

The first consequences of this change appear relatively innocuous; simple glitches that require tweaking or the decommissioning of a Host or two. Things start to get more sinister, though, and now some of the Hosts are talking to an unseen entity named Arnold—also the name of Ford’s now-deceased partner and fellow programmer/engineer. We’re being edging ever closer to a “critical failure,” where a Host causes the death of a Guest or one of the resort’s employees (the “real” human beings).

Meanwhile, there are individual storylines concerning Hosts, Guests, and the people behind the scenes. All of which leave us asking questions that have been central to sci-fi since Asimov: what does it mean to be human? What is the nature of consciousness? What ethics are owed to sentient automatons? What is reality, and would we know it if we saw it? Does free will exist at all?

There are more concrete and answerable questions in the show’s plot, too. Mysteries abound in Westworld, and every little detail could be a clue. And that’s true of Westworld the resort, too. Once you start noticing the self-referential, cyclical, ouroboros-like traps and references in the show—including an explicit mention of the ouroboros by the resort’s head writer/story creator—you start to see them everywhere. Several characters are trying to get to the deeper layers of the resort; each in their own way and with their own set of questions and expectations; all of them as fantastic as they are believable. 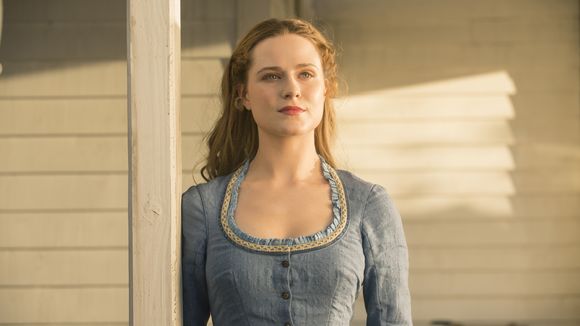 Dolores (Evan Rachel Wood) is the oldest Host still working in the resort and as such, has the deepest memory banks for potential delving. (Spoiler Alert) The end of Episode 1 sees her killing a fly with her signature wistful half-smile, despite the fact that Hosts aren’t supposed be able to kill a living thing. This “bug” in the works is a clear indication that she has evolved beyond her programming, but we don’t yet know what she’s capable of or how much she understands. She has a gun now—presumably one that can kill even the Guests (Westworld’s guns can only harm Hosts)—and is on a quest to free herself by finding the center of The Maze. Whatever further unraveling of the world happens as the season progresses, Dolores will be central to pulling out the threads. 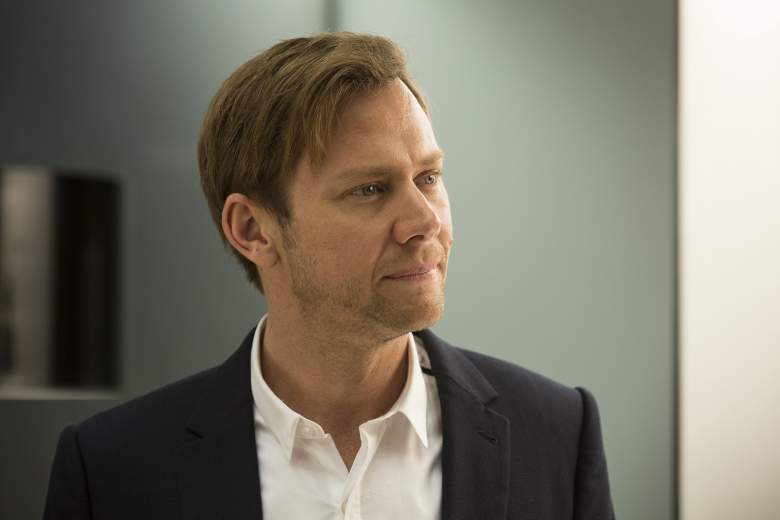 A sympathetic Guest introduced to the resort by his asshole coworker and soon-to-be brother-in-law—who also happens to be a major shareholder in the resort and is considering a buyout—Billy (Jimmi Simpson) falls in love with Dolores just like Teddy does (you’ll meet him next), and after rescuing each other a few times, it looks like Dolores feels the same. One popular fan theory holds that we’re watching multiple timelines, and that Billy is actually the Man in Black (you’ll also meet him shortly) on his first Westworld visit, after which his love for Dolores sets him on a 35-year quest to find the truth behind it all. Whether he finds true love with a robot or drives himself mad trying, this kid is going places. 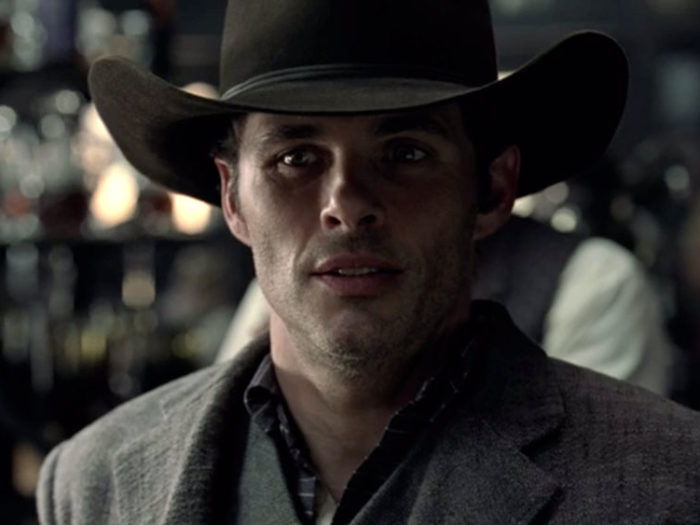 Dolores’ somewhat less interesting love interest, Teddy (James Marsden) is largely important (at least so far) as a way to develop Dolores and a few other characters. Way back in Episode One, we first think he’s a Guest, but he’s quickly revealed to be just another unaware Host—a trope the show sets up in the first fifteen minutes so it won’t seem cheap when major characters are revealed to be AIs in disguise (see my prediction for Bernard below). He gets a new backstory in Episode 3 that’s going to make him more central in the latter half of the season, though, so keep your eyes on this good-hearted cowboy with a troubled past.

The Man in Black 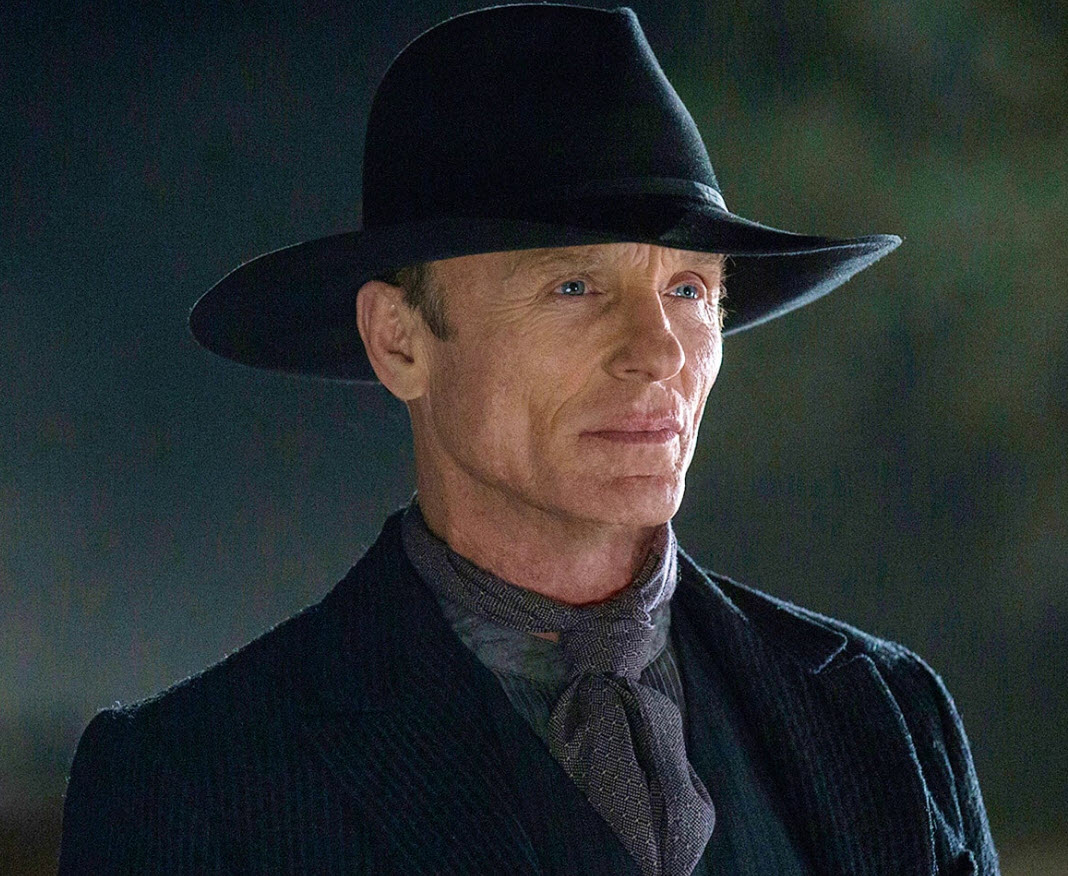 The mysterious and unnamed Man in Black is another Western trope, though he isn’t always a bad guy. In Westworld, Ed Harris’ black-clad gunslinger is a sadistic motherfucker, and he’s been coming to Westworld since the beginning to get his fill of killin’, rapin’, and God knows what else. Now he’s on a mission to play the deeper part of the game, and has already tortured and killed his way towards the mysterious Maze that promises to answer all questions and reveal all truths. This time, this Guest isn’t going back to the real world, and he’s determined to fuck shit up in the “fake” one. 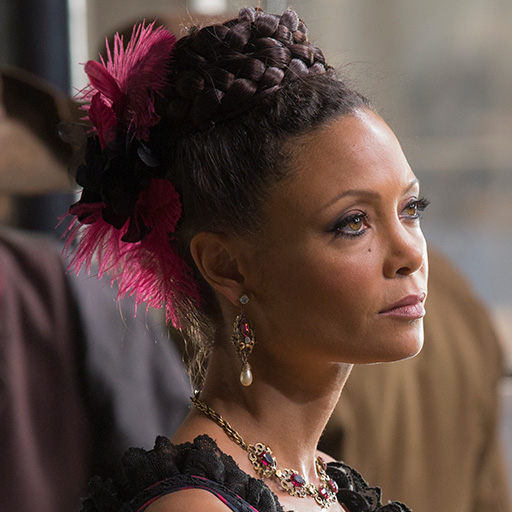 Head hooker, Maeve (Thandie Newton) runs Westworld’s brothel. A few choice words from Dolores has her head spinning though, and she begins having nightmarish memories of her more tortured moments as a Host (consciousness spreading like an infectious disease is directly borrowed from Crichton’s original). In Episode Two, she wakes up while undergoing maintenance in the resort’s underground facility, which leads to her eventual understanding of the artificiality of her world. With all of her knowledge and grit, she’s bound to be a key player in the robot wars to come. 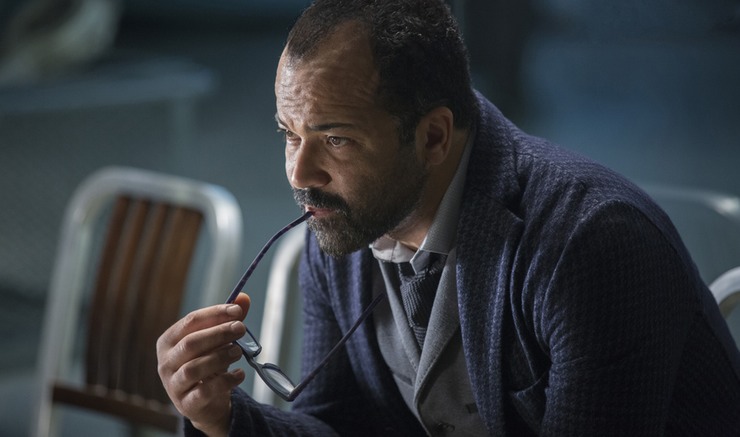 I’m not the only one suggesting that Bernard (Jeffrey Wright), head programmer at Westworld, is actually an unwitting AI passing as human. There have been more than a few hints in this direction, though the deft hands weaving the plot could have tossed those in as red herrings—they’re subtle enough to keep us guessing. Regardless, he’s been having secret chats with Dolores and is also privy to more of Ford’s thoughts and plans than anyone else. His pensive glasses-chewing makes him eminently watchable. 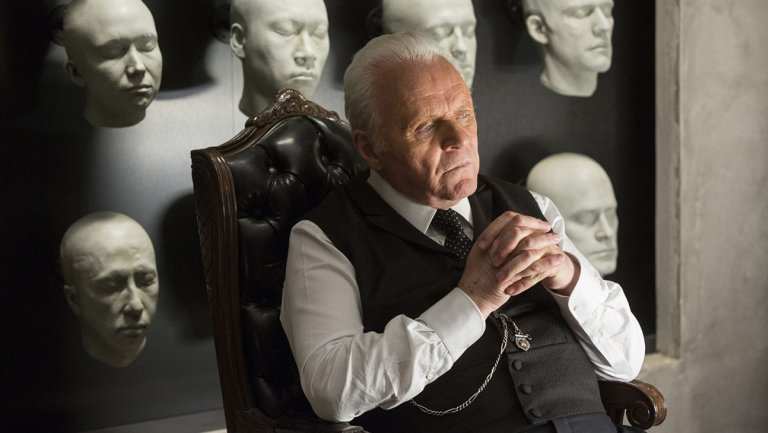 Westworld’s founder definitely has designs for the park that he’s not sharing with anyone else. He’s God, after all—at least as far as everyone connected to the resort is concerned. There’s reason to believe he’s out to wreak a little vengeance upon some folks. It’s benevolent vengeance, though, meant only with the kindest and most fatherly of intentions…maybe. He’s going up against the board, several high-ranking staff members, and the Hosts themselves with the new narrative he’s building, and ain’t nothin’ gonna stand in his way. 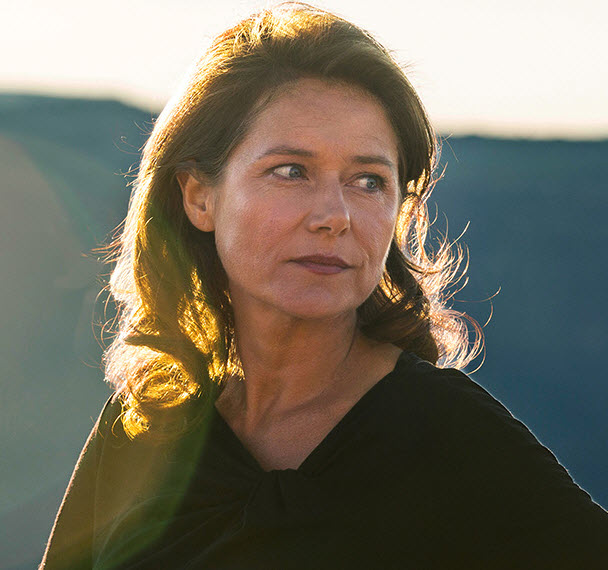 Head of operations hardly begins to describe Theresa’s (Sidse Babett Knudsen) importance to Westworld. She’s having a secret affair with Bernard, she affirms in Episode One that Westworld’s management has ulterior motives for running the resort that has nothing to do with the Guests or with the shareholders, and she’s a cynical real-world badass working with a bunch of tech geeks and torture-porn creators. If it was only the balance and attitude she brings to her scenes, she’d be well worth the addition, but her plot importance is growing, too, as she voices her opposition to Ford when he treats Westworld like his own private playground rather than the business she’s trying to run. 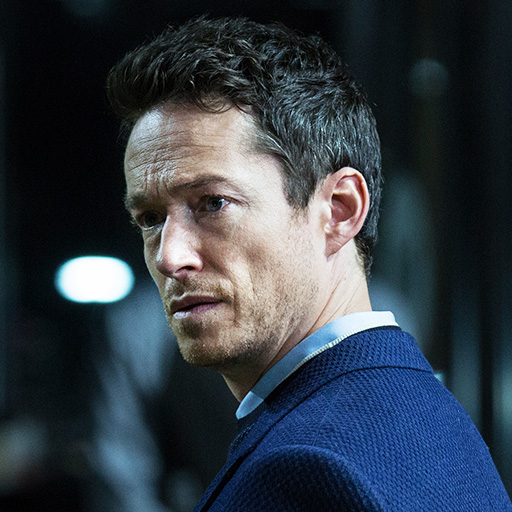 Lee (Simon Quarterman) is Westworld’s head writer; he oversees the intricately-intertwined plot tracks that each of the Hosts runs on, and makes sure each Guests always has a suitable adventure waiting. Ford shoots down his big new story in Episode Two, though, giving his ego a bit of a bruising in the process. We haven’t seen much of him since. My guess would be we see him killed at some point this season, but not before he makes trouble for Ford with Westworld’s board.

There are several other key characters we’re keeping our eyes on, but when it comes to unraveling the mysteries of Westworld, my money is on this part of the ensemble. Check in for the Episode Six recap on Monday and see how right I was.