Why? We’ll get to that. But first…

What Is A Blockchain?

“A blockchain is a magic computer that anyone can upload programs to and leave the programs to self-execute, where the current and all previous states of every program are always publicly visible, and which carries a very strong cryptoeconomically secured guarantee that programs running on the chain will continue to execute in exactly the way that the blockchain protocol specifies.”

It’s a bit of a hipster definition, but it does a great job of steering clear of all the extraneous elements that creep into discussions about blockchains. Now to break it down.

At its most fundamental level, a blockchain runs a program while recording every single update the involved data has ever undergone in a linear, timestamped,  chronological order. Each update is a block, and every block, from the first one until the most recent one, is joined to form of a chain. Think of it like a glued Lego tower that keeps growing taller every time a program runs causing a change in its state. You can’t remove any block that’s already part of the tower; you must add a new one every time an update is made. 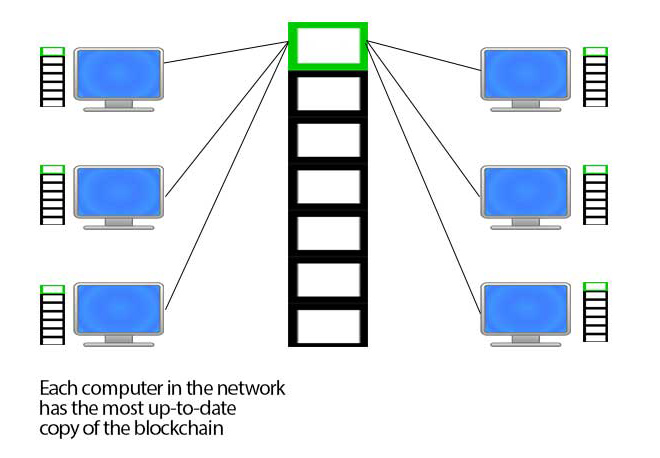 Not only do blockchains keep track of these updates, they’re publicly visible; every node or user can view the entire blockchain at any given time. Programs running on blockchains are protected by making them decentralized. This ensures that no one authority needs to approve information interchange or has permissions to modify protocols. The data written into each new block is irreversible and immutable.

To really understand what blockchains are – and to be able to comprehend all the far-reaching possibilities they spawn – we must first disentangle our perception of blockchains from how they’ve been applied to digital currency. The reason the two seem to be inextricably linked, of course, is Bitcoin.

Bitcoin is associated with blockchains in somewhat of the same way that WordPress and MySQL are related. WordPress is a software that requires the services of MySQL to do most of the cool things it does. You might even say WordPress can’t dispense its most basic functions if not for MySQL. This does not, however, mean that MySQL’s use is limited to WordPress.

In the same way, Bitcoin is software that runs on an underlying technology known as blockchains. While a blockchain is perfect for the complex requirements of running a (mostly) secure digital currency, it isn’t useful only in that context.

(Remember, the above is an analogy for the relationship between Bitcoin and its blockchain – not their individual qualities; in the same way that Bitcoin isn’t a content management system like WordPress, blockchains are not a database technology like MySQL – although they may exhibit some properties of databases.)

Terms like ‘mining’ and ‘hashrate’ come up a lot when blockchains are discussed; these serve to illustrate Bitcoin’s implementation of blockchains. But even the Bitcoin Wiki recognizes that there are applications for blockchains far outside of Bitcoin.

“Blockchains were invented specifically for the Bitcoin project but they can be applied anywhere a distributed consensus needs to be established in the presence of malicious or untrustworthy actors.”

Blockchains were originally created for the express purpose of making Bitcoin a tamper-proof system. In order to understand why it was fashioned the way it was, let’s first take a look at a simple Bitcoin transaction.

Imagine Al needs to send his friend Bob two bitcoins. He can’t remit the bitcoins to Al’s Bitcoin wallet through a direct transfer. Instead, Al needs to inform every other computer on the Bitcoin network about the transaction he wants to carry out.

The reason for this is that unlike physical currency, digital currency is extremely easy to duplicate – it’s what they call the double spending problem. To ensure Al isn’t using fraudulent copies of his bitcoins to pay Bob, Bitcoin keeps track of every transaction that’s ever been made in a public ledger called – you guessed it – a blockchain. The other computers in the network all have the most up-to-date copy of the blockchain, and can use it to verify transactions and prevent double-spends.

But verifying bitcoin transactions and forming new blocks isn’t as simple as flipping through the pages of a ledger – it takes a considerable amount of computing power, which in turn translates to electricity costs. This computing power is provided by the other computers on the Bitcoin network.

Why are people expending computing power to to verify transactions between other Bitcoin users? Because every time a computer in the Bitcoin network verifies a set of transactions to form a new block, it is bestowed with a certain number of freshly minted bitcoins. It is this process that is referred to as bitcoin mining. 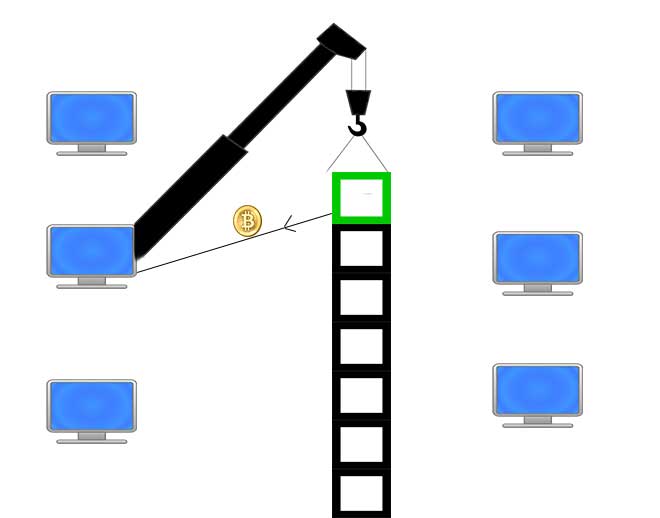 The economic incentives miners receive in the form of bitcoins represents what Vitalik Buterin refers to as “cryptoeconomic security.”

Technically, a user in the Bitcoin network could try to hack the blockchain to modify the data in a block. However, that would require rewriting the entire blockchain right from the first block that needs to be changed until the most recent one. While the hacker is working on updating multiple blocks, the rest of the network would be competing to add the newest block so one of them can win their bitcoin booty. If a computer in the network adds one new block before the hacker can rewrite every block from the one he’s attempting to modify to the latest one, he’d have to start again. Essentially, the greed of the majority of blockchain users fueled by economic incentives neutralizes any security threats posed by the subversive intentions of a small number of users.

Why Blockchain Has Banks Scrambling

Before putting the first release of Bitcoin on the Internet in 2009, its creator Satoshi Nakamoto published a white paper explaining his revolutionary new electronic cash system. He states Bitcoin’s raison d’être in the very first line of the abstract.

“A purely peer-to-peer version of electronic cash would allow online payments to be sent directly from one party to another without going through a financial institution.”

Nakamoto’s intention in inventing Bitcoin was to obviate the current arbitrators of global financial transactions, namely: banks, brokerages, credit unions, etc. Taking the middlemen out of the picture results in benefits like zero transaction fees. More importantly, it eliminates the need to repose trust in an entity that may not always have the best interests of its users in mind.

Trust is an important reason why the banking system works. Sure, the industry is kept in line by government regulations, but banks still do bad things (sometimes on government direction), like raid its customers to stay afloat, or raise overdraft fees as a means to generate revenue.

Nakamoto needed  a way to verify and record the various transactions that occur between the users of the system without the auspices of a trusted central authority – and he did that by creating blockchains.

Seeing as how blockchains were central to Nakamoto’s goal of making banks obsolete, the banking sector reacted with understandable panic. Since then – using the ‘if you can’t beat them, join them’ philosophy – a number of big names in the banking industry seem to have warmed up to the idea of using blockchains to optimize some of their systems. A big question they are asking themselves, however, is if decentralized digital wallets gain enough traction, how can they ensure that the average person still needs their systems?

Blockchains will change the world because they can be used as a medium for verifiable value exchanges between peers in a network without a central watchdog agency – whether that’s value in the form of money, stocks, bonds etc. The idea that we can set up self-governing systems that are actually tamper-proof is revolutionary, and it’s already being used to upend conventional practices in some domains.

One of the more significant units of value in the democratic world is a vote. Offline voting has been plagued by corrupt practices. Online voting is an idea that has been toyed with a lot, but hasn’t really taken off due to security concerns. Follow My Vote uses the blockchain to make online voting transparent and fair. The technology treats votes as transactions in a blockchain. Since blocks can’t be tampered with, the final blockchain serves as an audit trail that anybody can use to count each candidate’s votes. It can also be used to verify that illegitimate votes haven’t been recorded.

Block Verify is an anti-counterfeiting software built on a blockchain. In the same way that the Bitcoin blockchain spots and prevents bitcoin double-spends, Block Verify’s blockchain can recognize when a counterfeit product is introduced in a supply chain. Additionally, it can identify when a product has been redirected from its original destination and trace stolen merchandise, since the location history of every product is stored indelibly in a blockchain.

Cloud storage services are only just catching on with the masses, but they’re already being disrupted by blockchain technology. Storj taps into the decentralized nature of blockchains to make it possible for users to store their files on the hard drives of other users on the network in an encrypted format. So in this case, transactions occur to send or retrieve parts of files, and their owner is verified by the blockchain.

Evidently, blockchains are extremely versatile. They’re also getting more popular. The technology has already powered one revolution in the form of Bitcoin; it’s safe to say it will be the fuel for much more stuff to come. It’s probably safe to assume that that stuff will have a massive impact on how we do, well, almost everything.