In 2015, the number of unique video viewers in the U.S. surpassed 200 million, closing in just shy of 214 million sets of eyeballs. By April of 2016, that viewership had already been shattered. With all the new product launches, app enhancements and strategy execution from the major players in the space, this past year will go down as the time when digital video won the battle for our most precious resource in the modern marketing world: the time and attention of internet users.

YouTube’s blitzkrieg strategy for dealing with a saturated market has been to split up its content, divide its attention and grow à la calculated buckshot. They created a paid, ad-free channel called YouTube: Red, three different mobile app options, and a new live-streaming platform. They enhanced their mobile application and funneled out dedicated streams for children, gamers and music lovers.

So far, so good. YouTube now reaches more people than any cable network on its mobile app alone, and they’re far and ahead of the other online video platforms. As of April this year, Google and YouTube had garnered over 163 million unique video users. Facebook, it’s closest competition, had pulled around 77 million. That also happens to be the year when YouTube released the most significant changes to its platform since the early days. First among those changes was live video.

The question is, can they sustain this model forever and will the model sustain the growth to which they are accustomed? Are they losing the thing that brought them to the rodeo in the first place: the fact that they seemingly hold every video on the internet in one convenient place? Will they follow television off the cliff into thousands of niche channels that no one can keep track of, or will the customization allow them to deliver better, more refined content?

YouTube tried to become the first big leader in live video back in 2008, to limited success. They went back to the drawing board this year, and to compete with Twitch and Facebook, they enhanced their mobile app by adding an option to record live video. It’s a knockoff of Periscope, with comments from viewers appearing along the bottom of the screen, but traction has been notable; major contributors like The Young Turks have already started to use live streaming to reach the same massive fan base they built on YouTube’s desktop platform. The hope is that they can also go beyond that and reach a new audience that would never visit YouTube on their larger more stationary devices.

As for the people who do use their computers for video, YouTube Live has its own landing page now where you can find all of their crowd-sourced campaign coverage, sports analysis, and twitch-style video game streams. 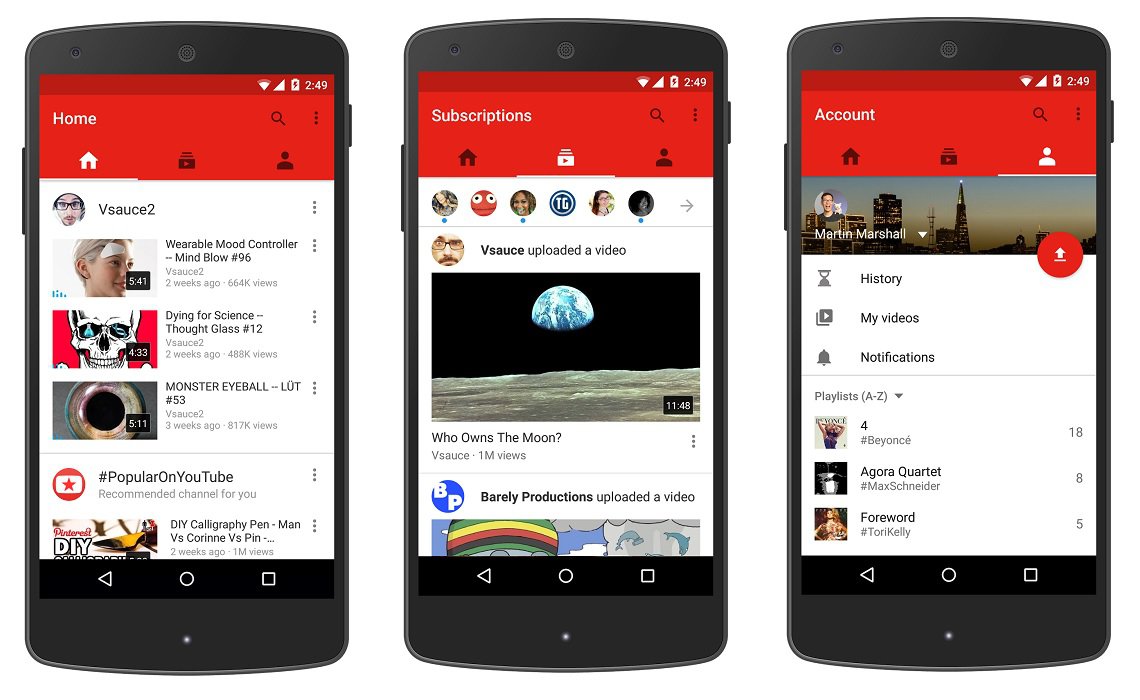 Last year was also the year that YouTube created distinct channels to ostensibly help different user segments more efficiently find what they want, when they want. The launching of YouTube: Kids, YouTube: Gaming, and YouTube: Music, was the biggest step in that direction.

YouTube: Kids is the most streamlined of all, with simple titles, audio functionality for “kids who can’t read good,” and a carefully curated content stream that doesn’t include any of the ISIS videos or twerk compilations that keep the rest of us coming back.

There have been a few hitches, as you might imagine. The Campaign for A Commercial-Free Childhood and the Center for Digital Democracy found links to videos with sexual content, adult discussions, and you guessed it: pedophile stuff. Trying to control the internet is a fool’s errand, even if it’s an errand that someone’s inevitably going to do.

Will A Segregated YouTube Work As A Long-Term Strategy?

One of the reasons YouTube was so successful to begin with was its democratic, anything-goes system and anarchist spirit. Unlike cable television, which races towards the common denominators of ESPN, American Idol knock-offs, and Duck Dynasty, the internet promised something weirder, and perhaps more honest. You could watch a lecture with Cornel West directly followed by a man eating a banana for 12 minutes.

If we keep siloing ourselves into thoughtless, end-of-the-work-day entertainment—protected from unfamiliar genres, voices and platforms—will people turn elsewhere for the new, the unexpected, the interactive, and the challenging? The fact that the informative and the inane existed in the same universe taught me a valuable lesson about why life shouldn’t be taken seriously. More importantly, it offered me balance, variety and a lot more reasons to stay in one place, in one app, for way too long.

Who Will Be Next?

Some new startups coming down the pipeline are looking to fill the demand for unique content. Given how competitive the space is, many are still limiting themselves to the same “safe” content categories. Beam Interactive and its teenage CEO Mass Salsamendi is one of them. The service allows gamers to upload streaming video with less lag time than twitch: 2/10s of a second verses 15-20 according to Salsamendi. YouTube can’t match that lag time either, at least not yet.

Beam also allows viewers to interact with their gamer idols by voting on a player’s weapon and controlling the environment of the game. YouTube has avoided potentially risky gambles like interactive gameplay to copy the well-tested strategies of its biggest competitors. Eventually, people will start wanting a different kind of media experience. Beam’s 80,000 monthly users can’t compete with YouTube’s millions, but they are scooping up people who might be alienated by the idea of YouTube becoming more like a cable TV package.

Such is the curse of the video company that tries, and at this stage arguably needs to be everything for everyone. YouTube remains the King for online video content. Not a bad throne to be sitting on, considering video content is now the most-watched thing on the internet. But the more the empire spreads from its capital, you can’t help but wonder how long the rule will run.