Every now and again a story will pop up about a cool new way someone’s discovered how to put virtual or augmented reality to use, as is the case with U.S. courtrooms adopting VR technology or the doctor who plans to use VR as a form of preparation for head transplant patients. There are definitely some crazy real-world applications for AR and VR floating around. But then Zappar comes along and promises to set everything right in our augmented realities by giving us the ability to create AR experiences.

Remember when Pokémon Go was the hottest craze and everyone was looking to cash in on this form of augmented reality? Then, as schools got back into session and all the hubbub around the game quieted down, we didn’t hear much about AR after that—at least not in that specific iteration.

Well, Zappar has re-entered the picture in a big way with the recent announcement of the $3.75 million they raised in funding through London investors Hargreave Hale, trade investors You & Mr. Jones, as well as China’s iDreamSky. Haven’t heard of this technology company formed in England back in 2011? Here’s how CEO & co-founder Caspar Thykier explained their contribution to the VR/AR space:

“Zappar is a world leader in developing augmented reality experiences and creative tools living on mobile devices. We specialize in creating AR-enabled products and infotainment experiences for brands, and tools for brands to create unique activations for their consumers.”

Basically, they help businesses take advantage of the growing proliferation of mobile devices around the world by equipping them with the tools to build their own AR experiences that integrate with their content. The setup of Zappar’s solution seems simple enough:

Thykier continued, “For a long time, in its first phase, AR/VR/MR was a highly advanced (and expensive) technology used only by the military or aerospace industry. In recent years, it has been used by global brands looking for a way to bring their products to life and engage their customers.”

ZapWorks—the augmented reality creation tools offered by Zappar—aren’t just for advanced level programmers either. There are three tools users can choose from depending on their skill set and familiarity with the app. According to Thykier, “Almost everyone can create an AR experience with Widget; however, Designer and Studio are for experienced 3D artists and developers.”

The Next Generation of Augmented Reality

Chances are good you’ve already seen ZapWorks in play as you’ve interacted with other brands. Zappar lists companies like Angry Birds, Nickelodeon, Coca-Cola, and Sega as customers. Despite that list of well-known brands that they share on their site, Zappar also has more practical use cases that demonstrate how businesses of all sizes and types can put their technology to use.

As you can see, it’s not always about creating big, showy video game or wholly immersive entertainment experiences. There are a variety of ways businesses have found uses for AR that give their content or products an edge over the competition. According to Thykier, the future of augmented reality as a business marketing tool is looking very good:

“AR/VR/MR is getting ready to enter a new phase with businesses. Mobile devices are becoming more powerful and more ubiquitous.” He continued, “Businesses will need to optimize their experiences for an audience that is mobile. The tech is rapidly improving and drag-and-drop interfaces are now so simple anyone can use them to create augmented reality content. While the QR code may be dead, scanning lives on and is thriving.”

Thykier also touched upon Zappar’s next venture, which will lean more toward mixed reality experiences (which are a mixture between augmented and virtual realities). ZapBox will be an affordably priced (at $30) mixed reality kit that people can use in conjunction with their smartphones and a Google cardboard. 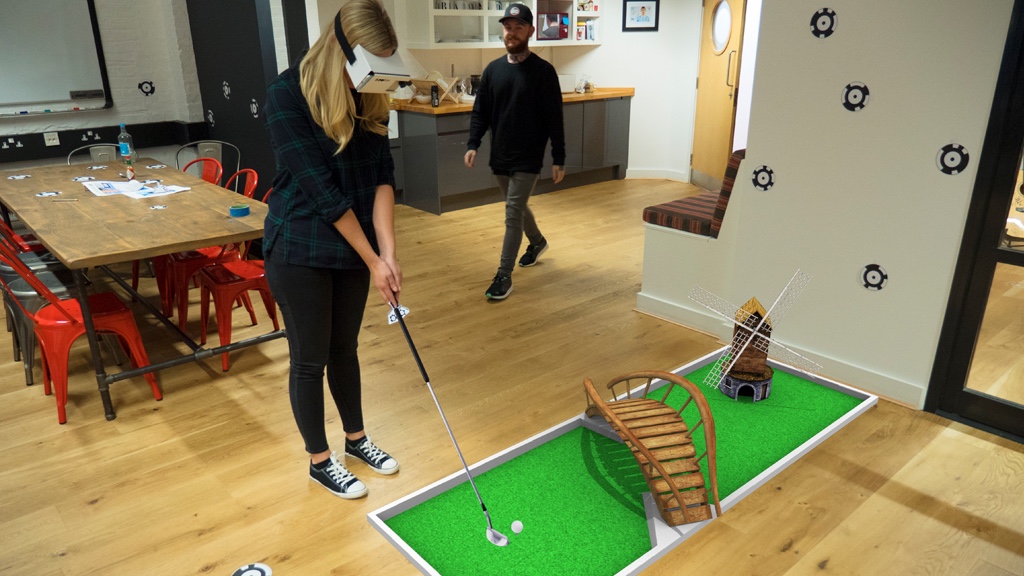 “ZapBox will allow anyone to get involved in mixed reality, whether as a consumer or a developer,” Thykier concluded. “Using the ZapWorks tools, creators can quickly build for the new creative canvas of MR and preview, publish and share their content with the community instantly. It’s a whole new ecosystem encouraging experimentation for developers of all abilities.”

Seeing as how Zappar has already made a good impression with big brands around the globe, it’s only a matter of time to see who’s next to jump on board.