Call them “on-demand mobile services”, call them “the concierge economy”, call them what you want. I’ll just keep calling them “Uber for [fill in the blank],” no matter how unimaginative, repetitive, and cliché it may be. If you don’t like it, go start an Uber for Writers and get off my back.

Also, I’d be happy to send you my portfolio.

But seriously, there’s plenty of great (and plenty of not-so-great) “Ubers for _____” out there, and I’ve rounded up four standouts for me that each bring a unique flavor to the Uber melting pot the tech world has become. There’s healing, healthy food, hovering video cameras, and hotels—it’s good to be alive in the age of Ubers.

Everything old is new again, and now that we have the tech, the sense of entitlement, and the off-kilter healthcare system, doctors are back to making housecalls. Heal‘s app lets you request a doctor and have one at your door in two hours or less (between 8am-8pm, 7 days a week). Those insured by most PPO/EPO plans from major providers can use the service for the same cost as their typical in-office copays; everyone else pays a flat $99 fee per visit.

There are obvious limitations: constrained diagnostic capabilities, access to advanced/non-portable equipment and, as of now, Heal is only operating in select California locales. It’s catching on, though, and soon this on-demand doctor service could be spreading like the flu.

The difference this could make for patients who find themselves housebound for any reason is significant. The rest of us get to be that much lazier, and isn’t that what the Uber model is all about? 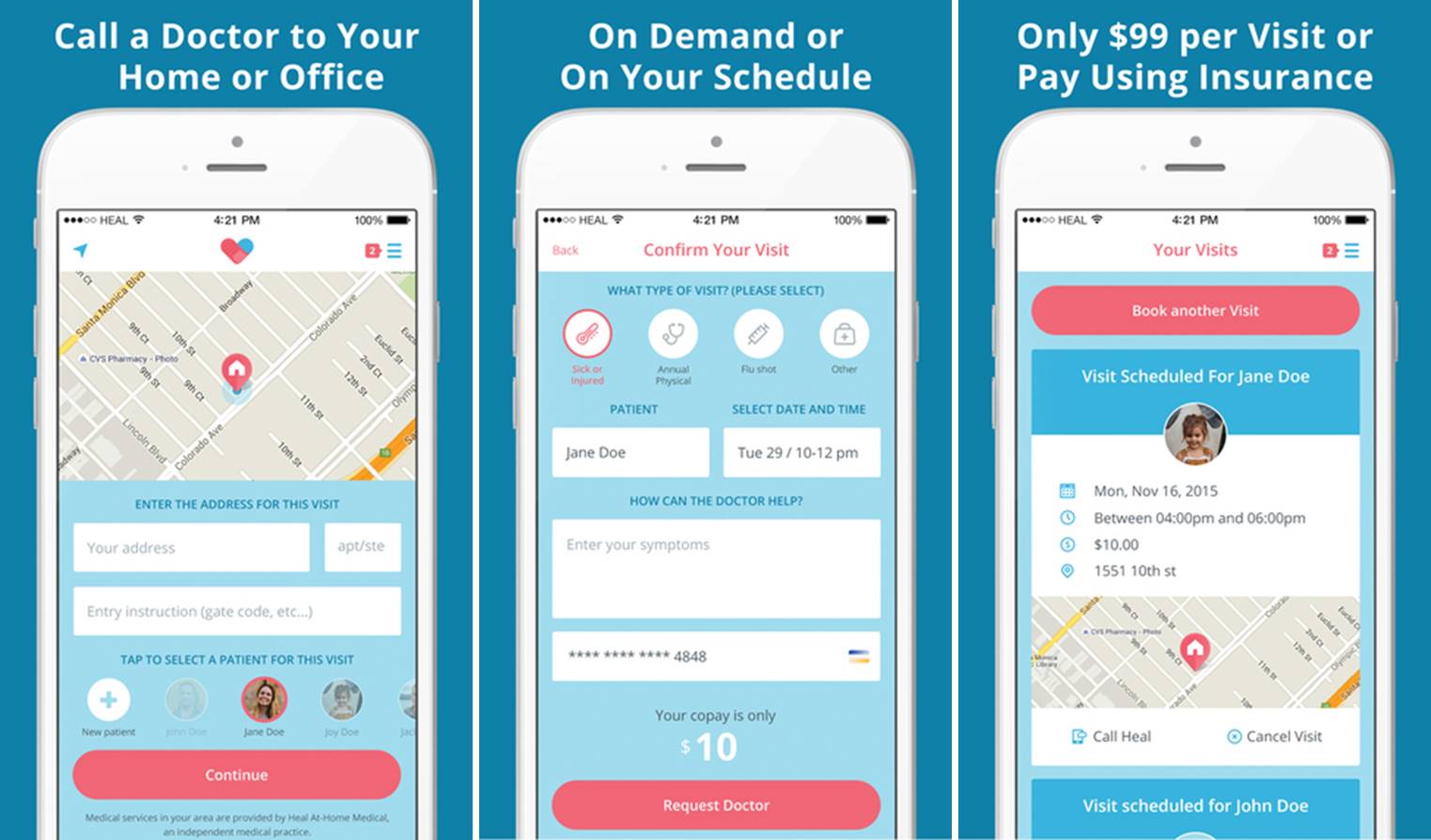 Want freshly prepared meals made with organic ingredients delivered straight to your door, for prices roughly equivalent to the drive-thru burger bagger down the block? Tap into Sprig! Founded in Spring 2013 in San Francisco (where else?) this meal-based Uberite has since spread as far afield as Chicago and…Palo Alto…and is hopefully going to grow a few more major branches sometime soon.

Sprig’s main obstacle to growth, like (one of) Heal’s, is the fact that it relies on skill; sourcing ingredients, planning menus and preparing meals on demand, involves a lot of know-how. Uber’s success is due in large part to the number of available drivers; they don’t have to be skilled, they just have to have a clean record and a car. Organizing the talent necessary to bring Sprig to other cities is going to slow this food revolution down, but slow food is good food, right? (Whatever that means) 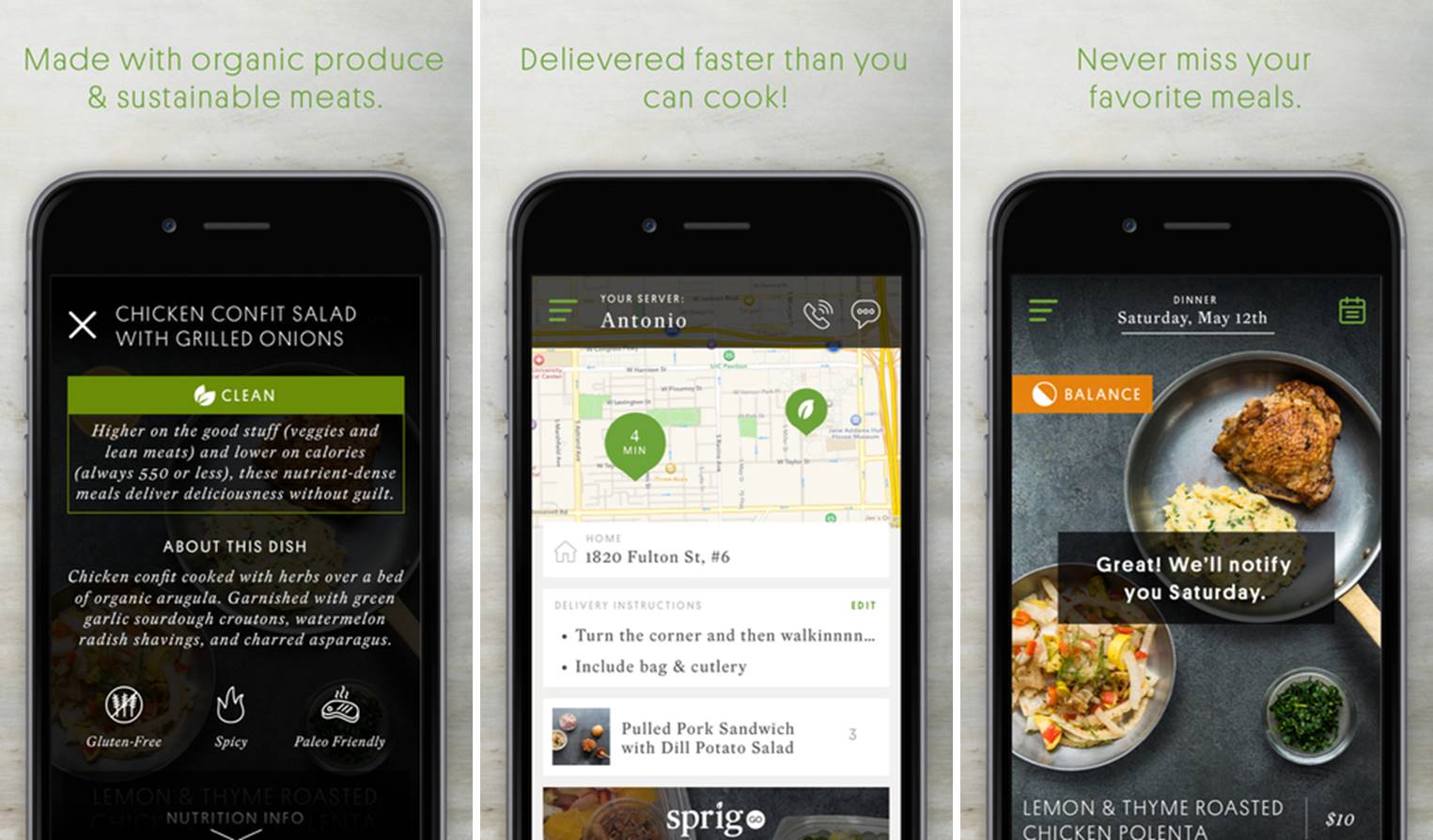 Growth doesn’t appear to be a problem for Droners, an app/site/community that lets anyone hire a drone and pilot for filming events, conducting remote agricultural inspections, creating real estate videos, and spying on penthouse dwellers (at least, that’s what I assume the “Other” option means).

It works just how you’d imagine: pick a service, pick a state, and pick from a list of pilots offering their drones and their services. Because services can vary—drone filming isn’t the simple A to B of an Uber ride—you have to request a quote from your selected drone video artist(s), but it sure beats putting an ad on craigslist.

Move over, Pricepedia, there’s a better money-saving app for travel-craving cheapskates, and its name is Hotel Tonight. This app is even better than the name-your-own-price feature of that Shatner-shilled discount travel behemoth: partner hotels load unsold rooms onto the app at a steep discount, and you actually get to pick the exact hotel you want to stay in for a fixed discount price you can see before you buy.

You can also track rates to try and snag the best deal for future travel, but only for check-in dates within the next week. It’s all about last minute deals, and some discounted rooms might not be made available until the day of a stay.

Hotel Tonight promises to only partner with hotels they know you’ll love—and at the prices they offer, there’s something for everyone. From value chains at a better-than-normal savings to luxury hotels at discounts of up to 50% or more, if you’re in the mood for spontaneous travel without spending big bucks, this is an app you need to have. 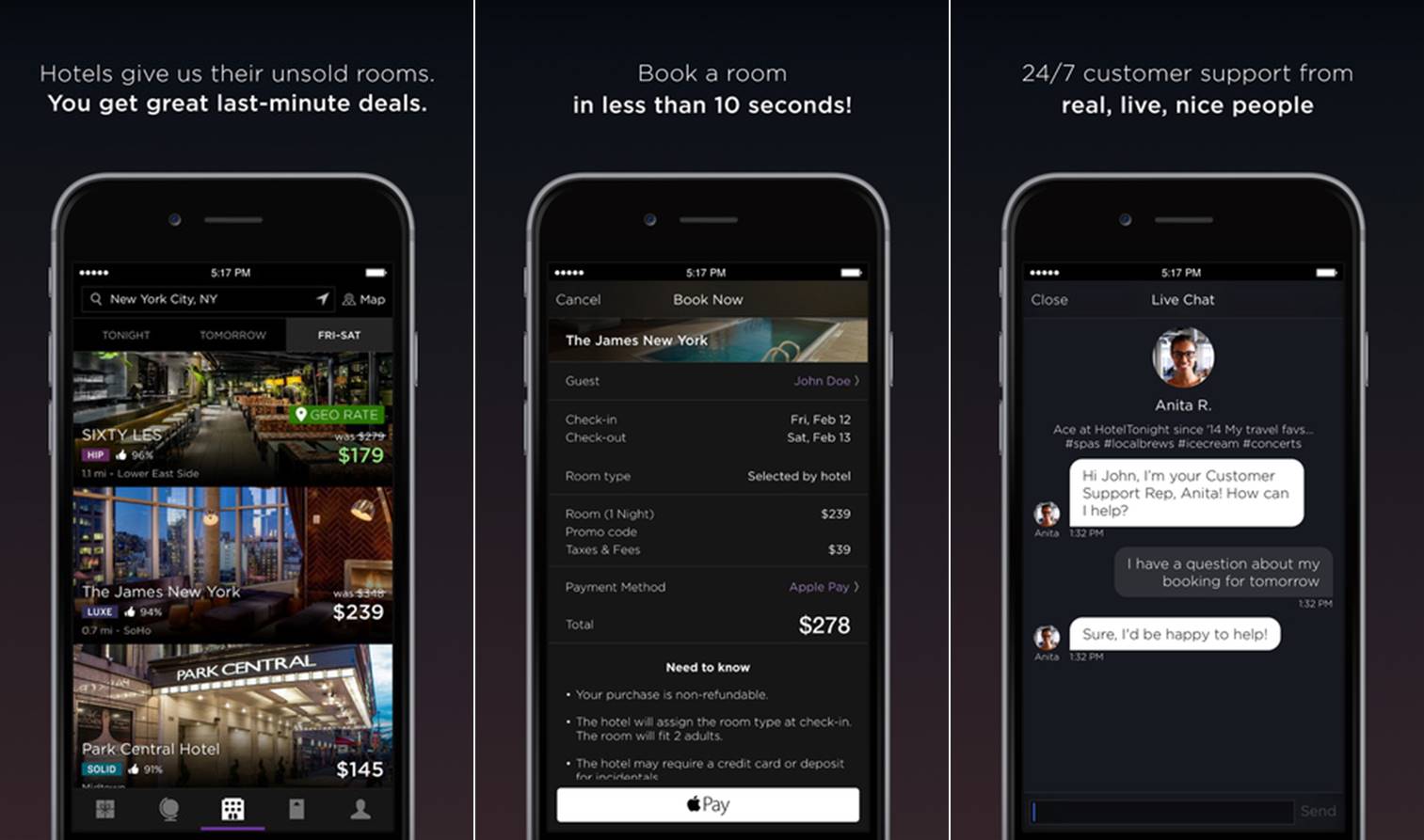 Those are my favorite Ubers—this week, at any rate. We’re bound to keep seeing more, and I can’t wait to see what else our extreme aversion to effort will lead to.

If only there were an Uber for the future, I could hire someone else to wait and see for me…