Let’s assume that you’ve started a crowdfunding campaign and let’s assume you’re not a scammer. Let’s also assume that you have the real ability to build a company – or at least an app, a game, a device, or something else semi-intelligent. That is all to say, let’s assume you have a legitimate reason to seek funds from a crowd, and the honest intention of following through to production and launch.

Congratulations! You’re already doing better than 75% of the crowdfunders out there. But that doesn’t mean your campaign will get funded. In fact, plenty of good ideas never earn a single dollar from a crowd. All because their campaign simply sucks. Here are five ways that can happen, illustrated by seven misguided crowdfunders in need of a critical eye.

Reminder: You’re asking strangers on the Internet to give you money. If you don’t tell them what you’re going to spend it on, you’re not inspiring a whole lot of trust. Leaving things vague is asking your viewers to abandon you, especially if you’re crowdfunding something like an app, which has about the lowest overhead you can find in a scaleable business.

Take Partyur. It’s an app the bros might love to make it rain for, but not when this is all they say about how they’ll use the money:

“With your pledge and support we will be able to launch the app in the major markets of Scottsdale, AZ and San Diego, CA.”

Ummm……k? Do they need to develop their app further? Marketing to get in the hands of initial users? Server space so the app works and scales? Another bulldog because the last one decided to get sober and get his life back on track? I dunno. By the time I finished asking all the questions, I lost interest in the entire thing.

Read What I Mean, Not What I Say

Many crowdfunders are developers and/or engineers, and that’s great. Cut out the marketers entirely if you can. But if you do, you’d better be able to do their job; much of that means knowing your audience and knowing how to speak to them. Being able to type out a coherent, meaningful description of your product/service and the benefits it will bring to consumers is a big part of successful crowdfunding.

And successful businessing in general.

You can’t jump too heavily into techno babble. You can’t simply throw out thoughts you’ve had about your company like a cat vomiting up Scrabble tiles. You need to compose and arrange your thoughts in a way that makes sense to people who don’t have the first clue what you’re making. Lead them into the idea, and explain it in a way that they understand and find exciting.

SunDialer is an example of a campaign speaking a language of its own. They claim to have the best smarthome hub around, and I’m willing to take them at their word…sort of. But I don’t know what makes their hub better except that it’s “more reliable.” They give me a few “tech specs” (to put it generously) that sound more like a sleepwalking soundtrack, they’ve inserted buzzwords like they were playing digital marketing MadLibs, and they keep calling their hub the “World’s First Electric SunDial” without ever explaining what the fuck that means or why I would want an electric-powered solar-path-calibrated timepiece – OR WHAT THAT HAS TO DO WITH MANAGING A SMARTHOME. They sound more high than high-tech, and it’s reflected in their lack of funding.

“SunDialer LLC Makes the World’s First Electronic SunDial, a fully autonomous, IoT 3.0 smart hub that connects and works with your existing Internet of Things. Simply, securely, reliably and on time.” 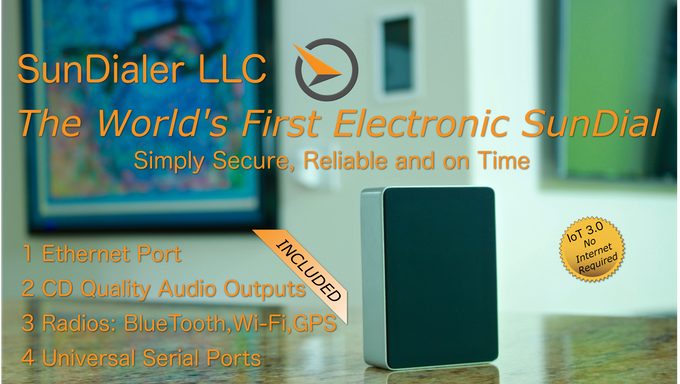 Give Me ALL the Money

Sure, there are some campaigns that score multi-million dollar funding deals through their crowdfunding efforts. They usually start with a reasonably sized ask and get funding in multiples of what they were asking because they were so good at pitching exciting tech to the masses. Few early-stage ideas need more than a million dollars to get to a working prototype; if your idea is one of those rare gems you probably ought to be turning to real investors rather than a crowd of hopeful consumers.

OMNI‘s crowdfunding was doomed from the start, even before the Swede behind the idea set a campaign ask of more than $4M USD. He wants to make heavy-terrain construction robots powered by AI. His idea is actually pretty damn cool, but it’s not something that’s going to whip the crowd into a frenzy. His buyer pool will be very shallow and 100% industrial, and neither Caterpillar nor Komatsu are scouting Kickstarter for their next innovation.

Most successfully-funded campaigns on Kickstarter raise less than $10,000, and only 176 out of more than 100,000 successful campaigns have raised more than $1M. With OMNI’s inordinately large price tag, I doubt many potential backers have even scrolled down to see how disinterested they were.

For the love of God and all that is holy, proofread the text in your campaigns. Then have someone who knows what they’re doing proofread it again. If English isn’t your first language, that’s totally cool, but if you’re asking English speakers (and readers) for their money you want to come off at least a little bit professional.

Crowdfunding might technically be a form of social media, but think of it more like LinkedIn and less like SnapChat. You’re looking for professional connections and career advancement, not STDs and a distraction from heroine withdrawal. The language on your page ought to reflect that difference.

So, sorry, Click Chat in Real Time. Your app’s Soviet-era chat recreation is a nifty bit of nostalgia, but your Eastern European English freestylings have the grammar KGB saying “NYET” like it was going out of style.

You Don’t Know Me, Bro

Let people know who you are. Yes, the real you. Otherwise you seem like a scammer. If you have a business idea so great that you’re willing to ask complete strangers for money, you need to be willing to introduce yourself as part of the bargain.

Don’t think your current resume is too impressive? Haven’t successfully built an app, started a company, or moved out of your parents’ house even once? It doesn’t matter. Paint the details in the right light and you’ll be fine. Give us a blank slate and no idea at all who you are, and the blankest slate of all will be the bottom line on your crowdfunding profits.

They’ve created a profile for “#slctvst Team,” and the full bio reads:

“A team of progressive millennials trying to make the world a better place. Positive thoughts, and your contributions, can make positive change.”

I’m a millennial trying (ostensibly) to make the world a better place. I could use your contributions, too. You can find my name on this very page if you’d like to contact me about making a donation.