It’s that time of the year, ladies and gentleman, when we take a step back, ponder the year gone by, and compile ‘Best of’ lists. To start you off, here are some of the most notable Android applications launched in 2015.

Apps that solve math equations are nothing new. WolframAlpha has been around for a while and can be used to solve some complex equations. But if you’ve ever tried an app like that, you’ll know that typing math equations out is almost as irksome as solving them.

PhotoMath makes it possible to get the solution to an equation by simply taking a picture of it with your phone. We’re not just talking simple operations here; the app supports more advanced math like inequalities and quadratic equations. And to avoid having to contrive an excuse for how you arrived at the solution to a problem without the requisite procedure, PhotoMath even shows you the steps to get to the solution.

The app rocketed to the top of the Play Store as soon as it was launched, proving that solving problems (sometimes literally) is the way to create a successful app.

3D printing and mobile are two technologies that are shaping our futures in indelible ways. So when Makerbot combined the two with its iOS application, it was an important step forward for both.

Makerbot finally brought its mobile application to Android this year, making it possible to operate and monitor your 3D printer from the comfort of your smartphone. The app works in conjunction with Makerbot’s other mobile tool Thingiverse, a platform where users can make and share designs of 3D-printable objects.

Users can access designs from the community on Thingiverse or upload their own design to the Makerbot app. Once scaling and other adjustments have been made, you can send it to the printer to initiate the printing process. Users can monitor progress through the camera on the printer and pause and resume printing through the app.

By itself the app is for the niche market of Makerbot owners, but it is an important step towards making 3D printing more mobile-friendly and more widely accessible. 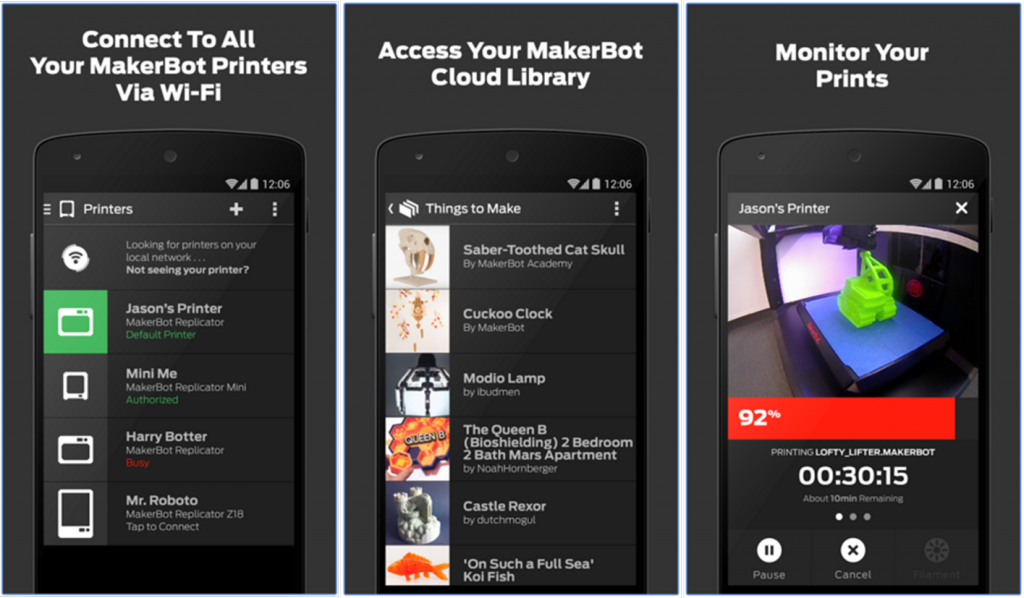 2015 has been the year of the live-streaming app with Periscope and Meerkat leading the pack in terms of user numbers. However, there were other more innovative takes on live-streaming that didn’t get quite as much attention.

Mirrative, from Japanese gaming company DeNa, offers a novel twist on conventional live-streaming. The app makes it possible for users to livestream their phone screen (the app is positioned primarily for Game streaming) along with whatever is on the front-facing camera, which is most likely your mug. So far there hasn’t quite been an equivalent to Twitch on mobile. Mirrative might just be that alternative on Android.

When Instagram’s Hyperlapse app came out, people went gaga over it. Wired went so far as to call it the equivalent of having $15,000 worth of video equipment in your phone. But we’re talking about Hyperlapse by Microsoft, not Instagram. Why?

Because although many didn’t think it was possible, Microsoft did it better.

Microsoft even made this post going into the nuances of why its timelapse technology is better than the one Instragram uses.

Hyperlapse has just two buttons on its home screen: one to import video and the other to record video. Once you’re done either importing or recording a video, you choose at what speed you want to play the video (between 2 times and 32 times faster than normal), and  then you just sit back and let the app take over. You’re not going to see it being used on movie sets, but Hyperlapse is a fun app that makes the technique simple to pull of on a smartphone.

Yes, an email client — because when it seemed like we’d reached the final form of mobile email, the folks at Gmail came up with Inbox, an innovative, slightly unconventional take on the whole thing.

The Inbox features can be hard to wrap your head around if you keep trying to understand them terms of the traditional elements used in Gmail. But it’s the things that make Inbox initially confusing that also make it the most efficient way to wrangle email. This is similar to how Android casino app works when playing slot machine on and android phone using slot machine android app.

After making it available to everybody in May of this year, Google has been at work constantly making Inbox more efficient. Most recently, they came out with the Smart Reply feature which parses the contents of messages and starts you off on a reply to each one. Features such as that make Inbox so good at making email a less cumbersome chore (and its clutter-reduction is excellent as well).

So there you have it folks – some of the best the Android Play Store had to offer in 2015. See you in 2016, possibly with a list full of virtual reality and IoT apps.