I don’t harbor any illusions of creating this platform myself. I don’t have the technical know-how or the deep pockets necessary to get something off the ground. But within our population of beloved SnapMunk readers are plenty of VCs and techies that know how to make moves. Consider this an open letter of sorts to the next Mark Zuckerberg among you.

Here are 7 things I want from the next social media platform.

THE OPTION TO PAY FOR NO ADS

My Facebook and Twitter feeds are absolutely overrun with ads. Ads on the sidebar, ads in the primary feed, video ads, photo ads. It’s absurd, and it turns the annoying level up to 11.

In the next social network, I want the option to pay for an ad-free experience. Hulu gives me this option. For an additional $9 per month, I can watch all my favorite shows completely ad free. Online music streaming services have also been doing this for years.

I want the same out of my social media platform.

A “NO ASSHOLE” ALGORITHM

If Google can develop an incredibly smart search algorithm that makes sense of trillions of terabytes of data, surely a social network can devise a No Asshole algorithm.

The algorithm would begin with input from me, in which I select characteristics that constitute an asshole. The social network would then use these characteristics to identify and block asshole-generated content from my newsfeed. The end result would be a peaceful social media experience that doesn’t leave me wanting to set my laptop on fire.

A possible paid option would be allowing me to infect the hard drives of assholes identified by the algorithm.

PUTTING EVERY STATUS UPDATE IN A “CHANNEL”

A massive problem with social media now is that everything is dumped into a single stream. GIFs are cheek to cheek with political rants. Kickstarter projects compete with Grumpy Cat memes. Buzzfeed quizzes are given the same priority as Code Orange terrorist alerts.

As a user, I have the option of selecting which channels I want to see and which I want excluded. 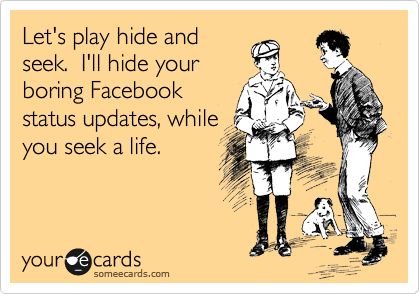 A SINGLE APP TO INSTALL

I don’t want to install 9 different apps to use the new social network (I’m looking at you Facebook). If you’re going to give me a chat option, you sure as heck had better just keep it in the main app. Same goes for live video and any other primary function.

90% of people (including your mom) don’t use hashtags correctly. Too often I see status updates with utterly nonsensical hashtags. “Just landed in Chicago! Looking forward to seeing friends! #Watermelon”

Let’s make everyone’s life simpler by simply eliminating the things. If it’s a search thing, start by taking my “Channel” suggestion above and watch things get a lot easier.

Back in the day, Twitter was awesome. It was only text updates, they didn’t mess around with any sort of algorithms, and you showed your appreciation for something by giving it a gold star (just like in Kindergarten).

But over time, Twitter has tried to become more and more like Facebook. Now I find myself hip-deep in old Tweets, hearts, and videos that autoplay. It won’t be long before Twitter becomes completely unusable.

This new social network needs to be committed to NOT being Facebook. Ever.

A BAN ON ALL EMAIL INVITES TO THE NETWORK

No matter where you hide, no matter how far you run, LinkedIn email invites will ALWAYS find you. They have a very special set of skills, perfect for bringing you endless annoyance and bloating your inbox. 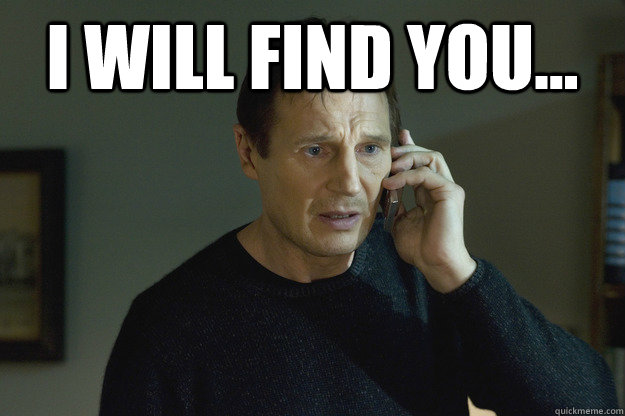 This new social network will have a complete and total ban on all email invites. If you try to invite a friend to join via email, a team of men dressed in black will crash through your windows and confiscate your computer. You will be led away in handcuffs, locked in a small room, and forced to read various Terms of Agreement for 18 hours per day.

As you can see, this is very important to me.

The market is ready. Millennials are moving on from traditional social media platforms and are ready to dump their time and money into the next big thing. But it has to be different. If you’re interested in taking these ideas to the next level, I’m available for consulting. Just don’t email-invite me to a forum to discuss it or I will give my email Black Ops team the order…