The impending release of Apple Watch 2 has been received with the same tepid fanfare as many of Hollywood’s unimaginative yet “reimagined” sequels and remakes. On first glance, the watch appears to be just as (un)innovative. Adding a blood oxygen sensor and blood pressure sensor will be great for all the Baby Boomers buying wearables…so that one guy will be happy…but for your typical Millennial consumer there are other smartwatch options that offer more, for less, without all the Apple hype.

By all appearances, Apple’s hype stopped serving the brand a long time ago. Growth in iPhone sales has slowed substantially as market saturation has become a very real thing. Competition has also been a problem. As soon as Apple wasn’t the only smartphone hanging from the tree, consumers were quick to pluck the lower hanging fruits—recent numbers show that Android has now snagged 65.5% market share in the U.S (7.3% increase YOY), not to mention 77% market share in major Chinese urban areas (6% increase YOY), and 75.6% in the largest European markets (7.1% increase YOY). Samsung sold nearly 150% the number of smartphones as Apple in 2015. 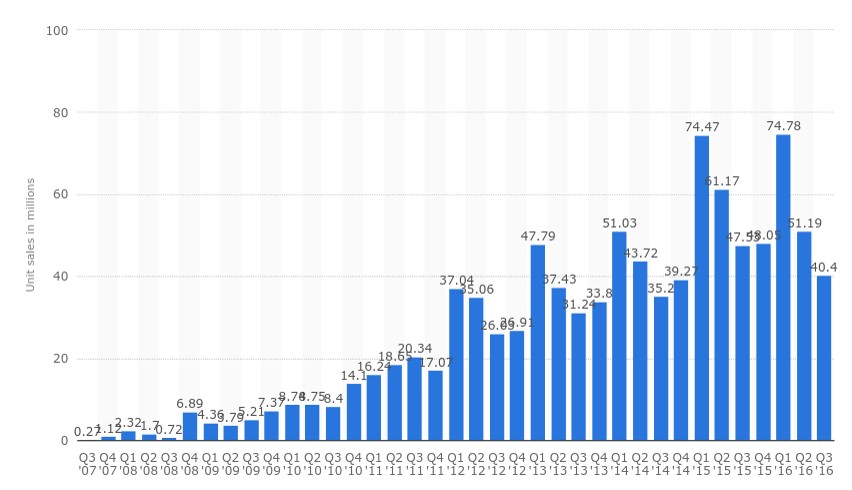 Apple is still holding its own when it comes to laptop sales, hovering around a 10% market share for a while now (and trouncing Samsung, it should be noted). They are 4th among desktop sellers with a 7.4% market share. Overall, though, desktop sales are falling as mobile devices gain in popularity (and, again, as saturation becomes a more significant issue for manufacturers). Laptop sales, too, have fallen substantially, and there isn’t a whole lot of hope for their resurgence in light of ever-more-capable tablets, phones, and….erm, watches?

‘Newer, greater, and more amazing’ was always Apple’s bread and butter. The company found its first commercial success in making the world’s first personal computer—something designed for the typical consumer to use in their home, at a time when few people saw the potential of computers in our day to day lives. After some stumbles, it found success again with the release of the iMac G3—18 years ago this month—which carried it through the dot-com bust, followed by its Macbooks, iPods, and of course with the release of the first iPhone in 2007. Don’t forget that it managed to build what was for a time the world’s largest music and media store, too.

For a few generations, Apple has been the brand of innovative consumer tech, dreaming up and delivering products that changed the direction of the industry and, it is no exaggeration to say, our world. 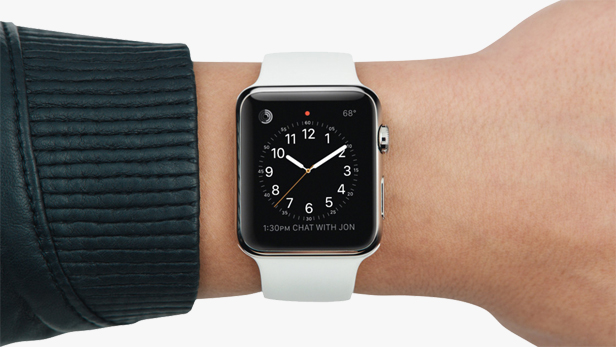 Now, however, we live in a world saturated by tech. We have, in our pockets, devices capable of everything short of teleportation. The Apple Watch was the company’s first major new product since the iPhone, and neither enthusiasm nor adoption reached anywhere near the numbers of the iPhone. That’s because the watch doesn’t really add new capabilities that excite the average consumer. It simply takes a few of the things a smartphone can do and puts them on your wrist. And it doesn’t even do that impressively.

If the Apple Watch 2 lives up to its even less impressive expectations, Apple’s downward trend in the public consciousness and the stock market will only continue. In a market where smartphones are approaching commodity status, almost everything is beautiful (and highly functional), and being “new” is nearly never enough, we may be about to watch the Apple fall far from the tree.