At some point before Google existed, Benjamin Franklin was under the impression that “In this world nothing can be said to be certain, except death and taxes.” For someone who had never met Keith Richards or opened a checking account in Panama, the analysis wasn’t totally asinine. Since then though, most of us have come to appreciate a much more comprehensive list of certainties.

That list ranges from fake tits in Texas to rush hour in Los Angeles, and all the way to annual “superfood” unveilings, racist people assuring everyone they have “a black friend”, and profanely irritating child support payments as a result of one fucking mistake you make in St. Barthes while you’re drunk. The inventory is extensive, but perhaps no one certainty is more certain than the inescapable gravity of aesthetic beauty.

People love pretty stuff. It doesn’t matter what it is or where it is, people love it when it’s beautiful. This holds true for cars, kittens, paintings, people and certainly now, software products.

Apple hit hard in 2007. Then “Windows ‘95” sarcasm quickly became second nature, photo-grid layouts accosted us and dethroned iconography and labels (fuck you, fashion blogs), big bright topography and wide-screen video backgrounds caused a boner epidemic, and all of a sudden product teams and software engineers were all like, “Wait, people want their software to work perfectly AND have sex with it??? I need more Coke Zero. And we definitely need more designers.”

So we got them, and now they’re everywhere. Around the world, there are somewhere in the ballpark of 150,000 companies in the field of “Web Design Services”, a sector which now runs the gamut of all things digital design. In San Francisco alone there are about 1,100 web design shops and in New York another 2,600 – and according to LinkedIn, those fields are looking to hire about 1,000 more people right now in each city (including specialized internal positions at firms in other industries).

If I search LinkedIn for people currently listed as a “Web Designer”, I get 871,000 results; I get 3,452,455 if I expand the search to just, “Designer”. I even get over 30,000 hits with a more granular search of, “User Experience Designer”. To put that in perspective, my search for people listed as a “Software Developer” yields 1,194,207 results – and those are the people we actually need to build the stuff.

I’m not saying that the design field is full of talent, but it is certainly full of people. To put it lightly, the space is saturated, and probably has been since 2010. And I haven’t even touched on the real leap in commoditization: themes, templates and automated “app makers”.

Forget WordPress and Squarespace; now you have dead-simple platforms like GoodBarber that provide over 50 app themes that not only include gorgeous off-the-shelf structural designs, but even click-to-select navigation frameworks and tools for custom launch screens and icons. Their most expensive package is $60 per month. DWNLD is another similar platform and it’s only $30 per month. Not even the loneliest farmers in North Carolina thought it would ever get this easy to put lipstick on a pig.

No, these tools won’t help you build a true “product” of any significant intelligence, but my point is this: whether you like it or not, being beautiful is now par for the course. It’s not that you don’t have to worry about it; it’s that if you really want your product and your experience to stand out in the pageant, you’ll probably need to make that happen somewhere other than the makeup booth.

Through proximity and emotional osmosis, this kind of commoditization even eats away at the relative value of effective UX as a whole.

Based on what I have seen in my time and what I continue to see as I watch people today literally shit software after eating a bran muffin, here are the four key things you should do, aside from solving a relevant problem, to give your product a better chance at more distinction and more success.

For our second episode of UnCorked, I interviewed Rodney Rice, cofounder of HomeAdvisor and most recently, Waldo; the former was eventually purchased by Barry Diller and the latter just recently raised $5 million in seed capital. Here’s one of my favorite parts of the interview. It couldn’t be simpler and more significant all at the same time:

Rodney: “I mentioned the six to nine month process – really probably nine month process that we went through to choose it [the concept of HomeAdvisor as their startup]. We chose a business that we knew was going to be very hard to build, but if we did it, it would have durable, sustainable value. Same exact thing we’re going with Waldo…I’ll never do anything that three guys in a basement can get done, you know, in a month.

Rodney: “Probably can’t do. Ya, exactly.”

Barriers to entry are harder to come by than ever and the popular narrative isn’t helping: “Just go do it, maaaan. Don’t waste any time. Just take ten or twenty grand and make it happen, duuuuuude.” Like we’re talking about painting a fucking ice cream truck.

Of course you could just go knock out an app with 15Gs and a few months of handholding, but the odds of that product making a real difference is pretty low. And it doesn’t stop after launch; at each major turn and evolutionary milestone, you are ideally making things and doing things that are not very doable by most other people.

Despite what a bunch of overly philosophical silver-spooners might tell you, if your product is going to be a home run, it should probably be a massive chore to get it over the fence. Realistically, you probably shouldn’t even be able to see third base.

Easier said than done, but hey, someone has gotta say it.

It starts with Google Chrome saying, “Oh, snap!” when it chokes on a plugin and then it spreads from there. Walt Disney Co. now owns more than 10% of Vice Media along with all their shows like “Fuck, That’s Delicious” and “Party Legends: An Oral History of Absolute Insanity”; Carl’s Jr’s, a burger chain, makes commercials about women in bikinis slapping each other on the ass, and they work; shortly after Cee-Lo Green released a song called “Fuck You” in 2010, he was asked to be a judge on one of the world’s most popular television shows, and the track was nominated for a Grammy and named the #1 song of the year by Time Magazine – yes, the same Time Magazine that does exclusive interviews with The President.

In the last five to six years, every rule of company-to-consumer conduct has been busted wide open, except one: if you don’t speak their language, they won’t listen to what you’re saying. When you launch a software product these days, especially in the B2C market, you’re not trying to impress your boyfriend’s dad; you’re trying to get in his kid’s pants. Forget polite, forget professional, forget precedent.

It’s not just about curse words and text; its letters, pictures, colors, sounds, screens, emails, options, updates, whatever. It’s the entire “conversation” you’re having with your users in all dimensions. You want your product and all that it entails to be best friends with its users – make it interact with them like they’re pals. The walls have all been torn down, so don’t get standardized or get careful; just get real. If you do that, relationships with your product will earn the opportunity for substantial growth.

I fought against this for the longest time but I lost: if you want your product to get into everyone’s hands, it needs to be everywhere. Websites, Facebook Pages and Twitter accounts are barely the beginning these days. People’s attention is all over the map – social media, blogs, events, conferences, etc. – so you need to lay out that map and go to all those places. Even if it’s only for a quick trip to shake a few hands and kiss a few babies, and even if it’s to places you thought you would never have to go. Like Snapchat. Like God-have-mercy-on-our-fucking-souls Snapchat. 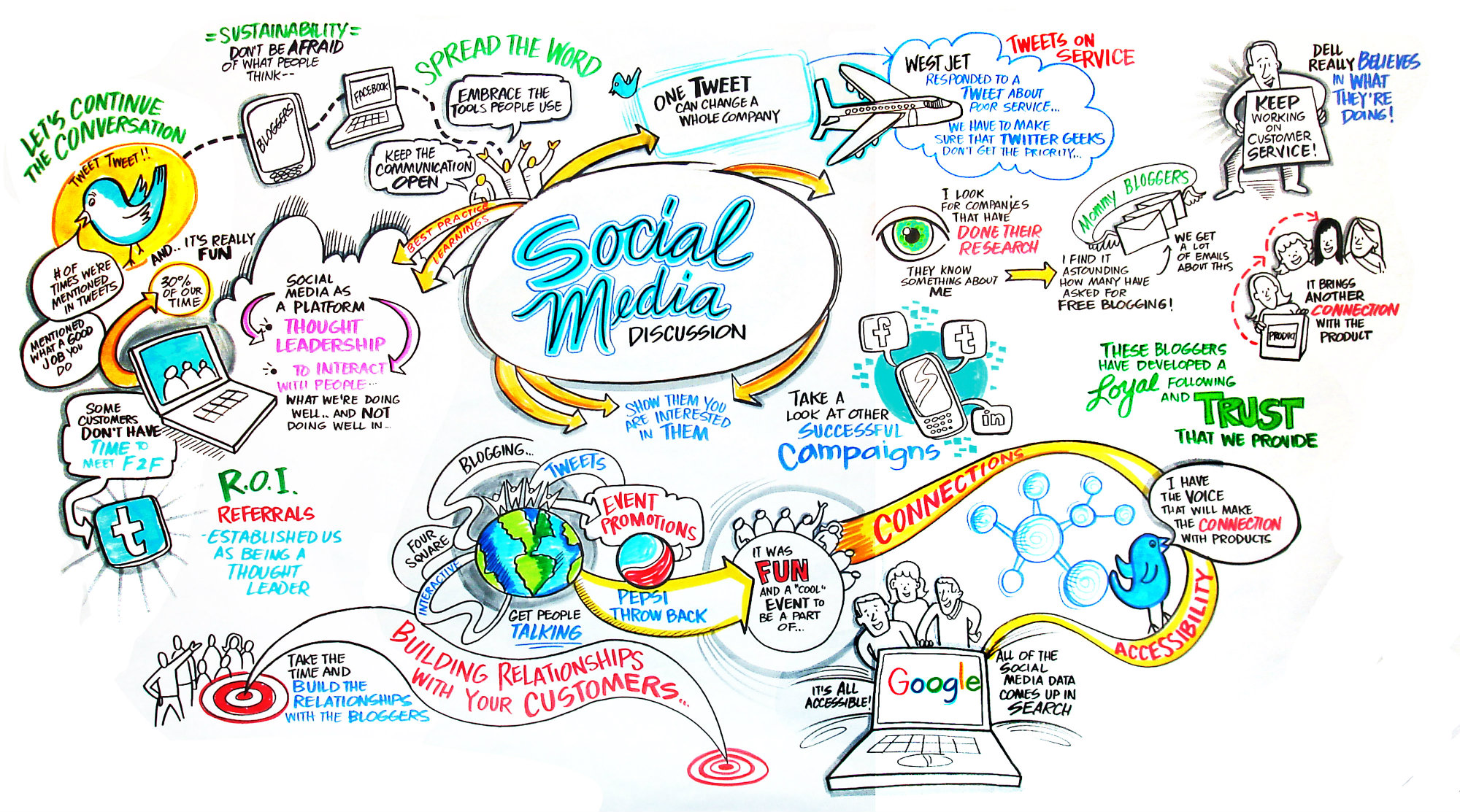 The difficulty here is focus and resourcing; you don’t want to undermine the core messaging strategy around your fundamental value prop, and despite the abbreviated, ephemeral nature of many platform formats, any extension of a tight brand takes a lot of time to create, manage and track. Luckily though, as I mentioned earlier, the rules have loosened up so you don’t have to be quite as “careful” about exactly how you get out there, as long as it shows quality and distinction.

The point is, a lot of software companies still haven’t figured out how to effectively present themselves to a broad audience beyond standard channels and boring communications. 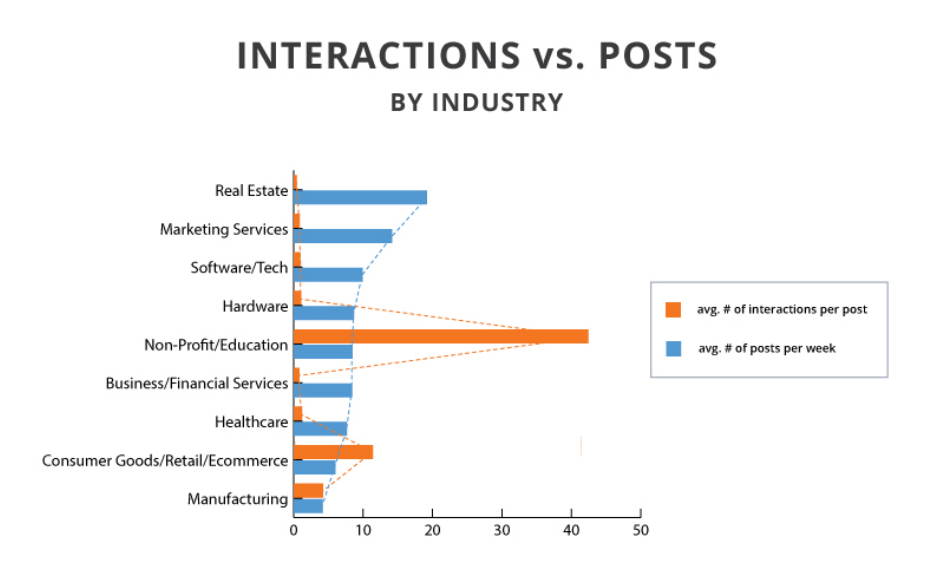 In other words, there’s an angle here; be the company with a great product and an even better, more extensive brand presence. You may not be Nike or Old Spice, but you can try to emulate the essence of their reach. Make a very specific plan for your spread and don’t be afraid to put resources behind it. If it’s a cash issue, there are companies out there like Aprenita and Lendvo who specialize in getting ramp-up funds to teams in the mobile and web-based business space – it might be worth checking them out.

Here’s the catch in this climate though: if you’re super lame when you put yourself out there and you present your brand/product as some flat, impersonal gizmo, there’s only so much attention you’re going to get and even less that you’re going to retain.

We’ve long known the power of reviews, referrals and testimonials. There’s a reason why Influencer Marketing is just exploding, why people like Kylie Jenner can charge over $100,000 for a single sponsored Instagram post, and why something like Snapchat is actually the future of brand engagement; it’s people connecting with people.

Whether it’s reviews, chats, photos, logos, a sponsor, a client, a charismatic founder or a quirky employee, one thing that will help your product make a name for itself is some variation of anthropomorphism; having a personality associated with the product that allows an audience to either directly or indirectly “connect” with humans behind the hi-tech. Some kind of bridge between software and soul, if you will. And going back to the second point in this piece, the more authentic, the better.

If you don’t have an individual personality available, consider the personalities of your users and their ability to speak on behalf of the brand. Or perhaps a persona for the entire office. One of my favorite examples of this was executed back in 2012 by Smule when they put together their own band at the office to perform “Call Me Maybe”, and since then have published tons of videos of their users expressing themselves while using the product.

Beautiful? Not necessarily. But one thing people love almost as much as looking at something, is connecting with it. Ideally, the “it” comes with a “them”.