I love talking to chicks. The problem is, if my calculations are right, they don’t always love talking to me. For a long time that presented quite a problem because, despite my best efforts, talking to yourself never took off like other popular unaccompanied activities, like hacky sack, or solitaire, or crying while you watch Nashville.

Thankfully, really smart smartphones came along and gave way to the rise of the virtual assistant. All of a sudden people yapping at their phones when they weren’t on a call became more normal than yapping at them when they were. Getting sweaty palms from speaking to a girl took on a whole new meaning and the film Her quickly became my favourite documentary.

As fate would of course have it, most of us were fighting for the same gal. Her name: Siri.

Oh, what a marvelous woman; quick, wise, agreeable, infinitely supportive and thrillingly monotone in that, “You’re so calm when you talk dirty that it feels even dirtier” kind of way. It is hardly a mystery why millions flock to the melody of her song. Virtual assistant? Virtual Siren is more like it.

But to my great delight I discovered that behind the gal, is another gal. A real gal. And her name is not Siri. 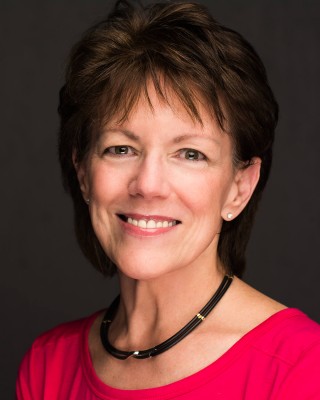 Her name is Susan Bennett. She doesn’t live in a phone. She lives in Atlanta. Since getting global recognition in 2013 as one of the globe’s most recognizable voices, she has read a Top 10 List for Letterman, has been on programs like The Queen Latifah Show and CNN New Day, and has been the voice for big brands like Coca-Cola, McDonald’s and AT&T to name few.

Obviously, I had to ask the real Siri some questions.

So I did. As usual, she answered.

What sort of training or background got you into “voice” work?

Actually, I started out as a singer.  I used to do a lot of jingle work in Atlanta, and one day the voice talent for the commercial didn’t show up, so the studio owner asked me to read the copy because I didn’t have an accent!  I discovered I could do it pretty well naturally, so I got some voice coaching, then an agent, and started to work.

How did you land Siri? Was it some crazy, covert, blood-shedding process? Or did you just get a call, audition, and then like any other situation, land the part as the world’s most recognizable virtual assistant?

Yes, much blood was involved!  Actually, I don’t really know.  First of all, Apple didn’t create Siri; Norwegian inventor, Dag Kittlaus, did.  So, I don’t know if Dag or Apple chose my voice.  I’d done digital voice work for text-to-speech (TTS) company, Nuance, so I was part of a bank of voices from which someone chose me. But I don’t know who!

So you had NO CLUE as to the extent of what you were getting into and how loud your voice would become when you were recording??

I had no idea.  I was told that what we were recording would be used in phone systems.  But, that was 10 years ago, way before Smart Phones, so only Steve Jobs and other techie uber-brains knew where the voices would end up.  It was hard to imagine the iPhone in 2005!

I don’t think about it much anymore because Siri’s been around for four years now, but you’re right.  It’s very personal.  It took some time to adjust to the fact that it was my voice coming out of a machine, and not necessarily saying things I would say.

Are all the Siris secretly competitive with one other? Do you ever think, “Whatever, Mandarin Siri – that shit was weak”? Do you think French Siri thinks she’s better than you because she gives prettier-sounding directions to The Louvre?

No, we’re buddies!  We get together at least once a month and trash-talk the people who curse at us all day.  So beware: we know where you live!!

How do you feel about the idea of a Male Siri? Maybe a guy with a deep, sexy, masculine voice like maybe, Leonard Cohen or Vin Diesel, or me?

I think it’s great! Yes, your voice would be perfect. (Editor’s Note: Sarcasm highly likely) Actually, the original Siris in England and France were both male.  In the future, I bet there’ll be lots of different voices to choose from.

Siri is known for some funny and even snarky answers. Are there any that you’ve done that you’ve LOVED but ended up on the cutting room floor? 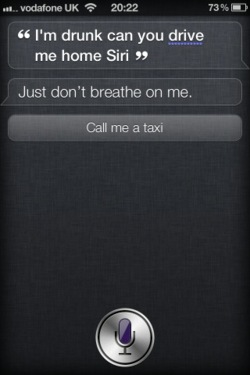 Well, I didn’t actually record Siri’s answers!  The scripts I read that became Siri’s vocabulary were phrases and sentences created solely to get all of the sound combinations in the language.  Then, technician/programmers and computers went into the recordings and extracted sounds, and reformed new sentences which became Siri’s answers.  I only contributed the sound of my voice, not the content.

Ok, so now that that’s all been done, do you have a favorite or favorites of the more unique answers that were constructed with your voice?

When Siri first came out, my husband got the new iPhone.  Somehow it was programmed so that Siri started talking every time he picked up the phone.  Finally, he told her to go away – in much more colorful language – and she said, “What did I do to deserve this?”

I also once asked her what she was doing and she very disgustedly answered, “I’m talking to YOU!”  Yup. I dissed me.

Do you now regularly use…well, yourself? If so, what are the most common things you ask….you…to do?

Have you ever gotten hate mail?? I feel like there would be people crazy enough out there to hate Siri / you…

Oh, I’m sure there are lots of haters out there who don’t like Siri or me, but I’ve been fortunate enough not to hear from many of them.  I mostly hear positive comments, and I also hear from a lot of people who want to get into the voiceover business.  If anyone takes the trouble to write me via my personal email, I’ll always respond….unless they hate me!!

What’s the best perk about being Siri?

I’ve gotten to do a lot of fun projects I would never have been asked to do if I weren’t Siri. Lots of TV shows like CNN, HLN, Queen Latifah, Showbiz Tonight, The Jack & Triumph Show, and The Meredith Vieira Show.

What’s the most annoying thing about being Siri?

Well, probably just the fact of being accidentally famous.  It’s kind of weird.

Tell us something that few people would know about Siri; the process, the technology, your experience. Anything interesting that’s probably news to most people…

Okay, as I mentioned earlier, Apple didn’t create Siri, Norwegian Dag Kittlaus did.  He and his wife were expecting a baby girl at the time, and wanted to name her Siri.  However, the baby turned out to be a boy, so Dag gave the name to his app.  Siri, in Norwegian, means “beautiful woman who guides you on your way!”  (Or tells you where to go!!)

When Susan Bennett is NOT being Siri, what is she doing professionally?

I still do lots of voiceovers; messaging, commercials, narrations, promos.  I’m also involved in a couple of bands, most recently, “Siri Sings.”  Our big debut is in November!

What is she doing personally?

I hang with my fabulous guitar player husband, Rick Hinkle, a lot.  He’s in both bands that I’m in as well.   Because my recording booth is in my home, I do spend a good bit of time here, and I love it. 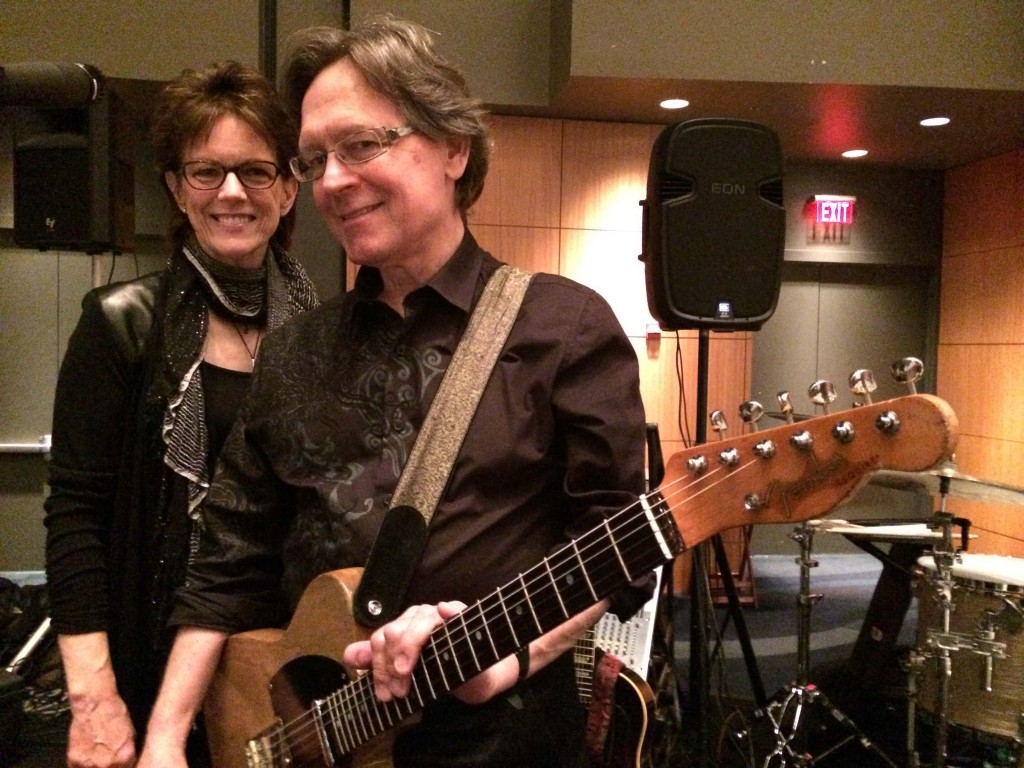 If you could be doing anything you want in 5 years from now, what would it be?

Since I love what I do, I’d be happy just doing more of that; voice work, singing, and playing keyboard.  But, I’d also like to do a lot more traveling.

Who is your favorite voice in the world? Male and Female.

It’s impossible to pick just one, and there are many great voices I hear on documentaries or commercials whose names I don’t even know.  Morgan Freeman comes to mind as a favorite male voice.  A favorite female singing voice would be Mariah Carey.  She’s incredible!

What’s the funniest movie in the world?

Of course that’s a very subjective question, but I’d have to say a great contender would be Mel Brooks’s “High Anxiety.”  If you’ve never seen it, treat yourself.  It’s a parody of Alfred Hitchcock movies, and it’s classic. Also, “Spinal Tap” and “Waiting for Guffman”, both by Christopher Guest and friends.

Do you ever fuck with people in voicemails? You probably should…

Here are a few things you definitely need to ask Siri: