Many of you may recall, years ago, your parents telling you something like, “Honey, you can be whatever you want to be when you grow up.” Just as many of you, I would hope, have come to the realization that when they said that, they were lying. Aggressively.

I’m not saying you shouldn’t pursue your passions and be flush with ambition. I’m just saying that there are some things you’re better off not picking in life. And in business.

Something around 500,000 new business are started each month in the United States. 90% of those businesses fail. The number one reason they fail is because not enough people actually want or need the stuff they decide to offer. Or if you’ve read my Codeless Conduct piece about the most important factor in startup success, it is because they don’t “Fix A Fuck This”.

I don’t want you to fail. I want you to succeed. I want you to create something that people need, that people want and that people can’t wait to use. If we share the same aspirations for your life and your commercial prosperity, then for the love of sweet Christ and all that is good and pure, do not start a company that does one of these things…

It is not a scarcity of adequate software tools that still stands in the way of effective collaboration in the workplace; it is an abundance of lazy, unorganized idiots. Design a product or service that either fixes idiots or legally catapults them into space, and maybe your business will have a chance. Otherwise, Dropbox, Trello, Skype, Citrix, whiteboards and email will continue to do the trick. Speaking of which…

You know how everyone is obsessed with “iterations” and “incremental enhancements” because they think you “never get it right the first time”? Well, email and messaging software is the exception – it’s perfect. Nobody needs a revolution here, so piss off.

Outlook fucking nailed it like 20 years ago. So did MSN Messenger. Shit, Hotmail even nailed it, but inboxes full of cock pill discounts made everyone hate the software by involuntary association, so they started signing up for other stuff like intentionally unintuitive Gmail, or if they’d never seen someone else’s genitals, they used Thunderbird.

All What’s App really did was bridge OS platforms and they’re at over 1 billion monthly active users now. There’s nothing left, ok? It’s all been done. You will not make money here. Somehow fucking Slack snuck its way up in our grills, but let’s just all agree that someone probably got blackmailed, accept the anomaly, and roll with what’s already out there.

Congratulations, we did it; we managed to make a monthly subscription box for absolutely fucking everything except orphans; cologne, treats for your dog, treats for your bunny rabbit, date nights, weed, stationary, lego mini-figures, and the list never ends. Fun idea, easy to execute, but totally maxed out. Plus, the big retailers with huge inventory hooks and massive distribution channels will eventually take over this space. Unless of course you’re planning to convert the “literally send someone shit in a box” business into a subscription model – then I have money to give you.

Oh, you’re finding it difficult to get your friends to be organized with their planning and social schedules? They’re unreliable and unpredictable? Then what the shit makes you think you can convince all of them to download and use the same obscure app for only a small portion of their time management efforts since they will never stop using text messaging and calendars?? The people willing to download this product don’t need software, they need new friends. Or just any friends. And those are not the kind of people on which you want to build a business. There are endless graveyards full of corpses that tried to solve this problem. None of them came close and nobody misses them. If you’re going to risk your life in the grim game of startups, at least plan to die with some dignity.

I respectfully request that you fuck off and stop fighting the planet because you think liking old stuff makes you look unique and “real”. In 2015, vinyl sales jumped 32% from pretty much nothing to a bit more than diddly-squat – it accounted for about 6% of total industry revenue. And when people cite stats about vinyl “outselling streaming” in Q1, they’re omitting sales numbers from teensy weensy paid subscription services like Spotify, Apple Music and Google Play. It died once, it will die again – it’s impractical and unconvincing. Go ahead and love it for whatever righteous reasons you may have, but please don’t bother trying to sell the stuff. 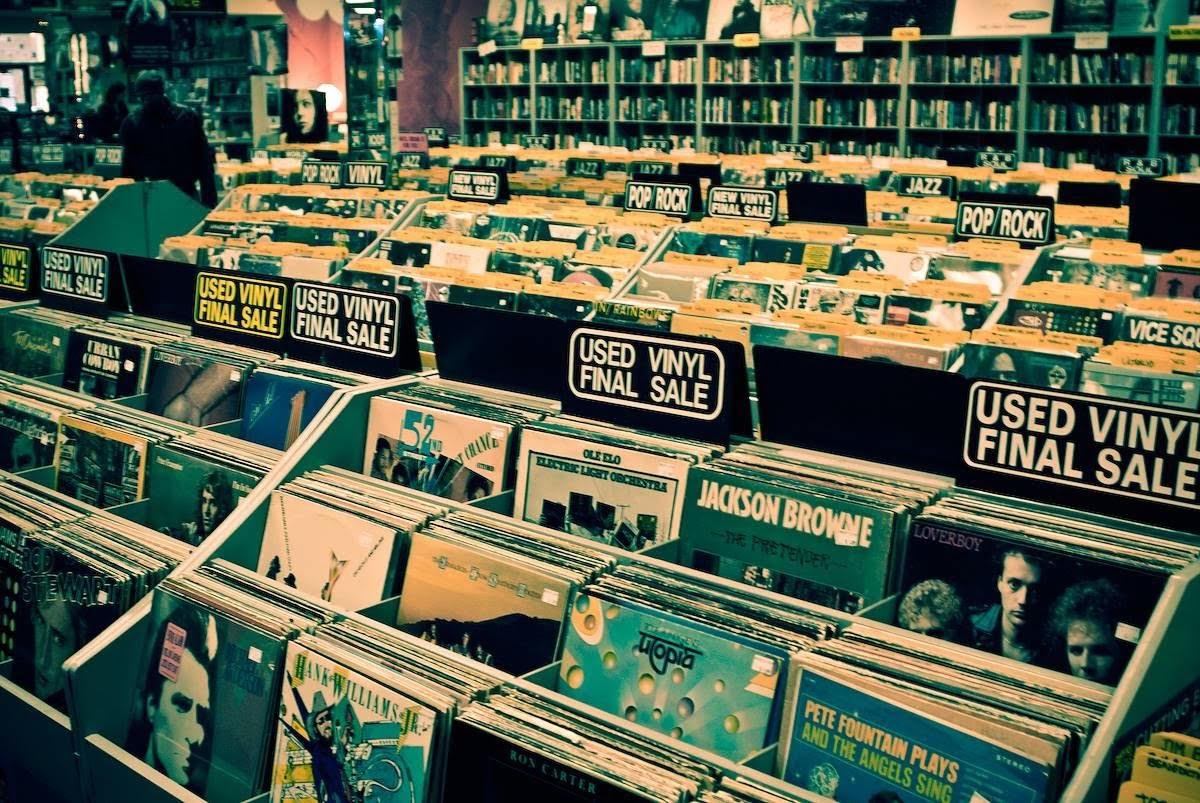 Everyone and their mother now makes speakers. I’m pretty sure the last box of Trojans I bought had a subwoofer in it. So you want to make one that’s waterproof, or has a clock in it, or tells you the weather, or is solar powered, or sounds like Morgan Freeman every three months – whatever. Enough people are on it. Unless you’re that guy we interviewed at SXSW who invented that speaker that displays song lyrics like artwork. If you’re that guy, you should keep doing what you’re doing.

Over 50% of money transactions are not done with cash, smart countries like Canada, Israel and Spain are well on their way with phasing out their smallest coin-based denominations, and with eight year olds getting their hands on debit cards, it won’t be long before the tooth fairy is leaving Cisco stock under pillows. So why am I still finding piggy banks on Etsy and in Toys “R” Us stores?

Ok, most vendors on Etsy are estranged lunatics, so I get that one, but with the digital trends the way they are and all the bowls, Tupperware containers and flat surfaces lying around already, piggy banks / coin storage devices are about as commercially apropos as a phone book. Listen, agriculture is fucked and the planet is starving to death, so if you’re really keen on the pig thing, I encourage you to help make a few real ones.

(Admittedly this was a weird entry given the context, but I had to include it. Plus, if you really think about it, my sentiments have a much broader monetary application that simple swine-and-dimes)

Any Food-Related Software (That Isn’t Somehow Saving the Planet)

If I see one more recipe app, or food-finding app, or foodie app, or food photo frenzy, I will lose my shit – there are already over 40,000 of them in Apple’s App Store alone. If you want to try to get rid of food waste with local deals and charity donations, or design an app that funnels money for food to third world countries, then you have my full support. But if you’re working on a restaurant finder for cost-sensitive color-blind vegans, or an app that tells me twelve hundred ways to cook quinoa in a bidet, hit the brakes and make a few blog posts on Bon Apétit instead. I promise you it’s the smarter move. For everyone.

This industry is now officially software’s biggest Race to the Bottom. In 2 years it will be as shitty a scene as display ads. It doesn’t matter if you’re casting a wide net, focused on syncing, or specializing in sensitive documents and dick pics; this party is at capacity and soon enough, it’s gonna run out of booze or anyone who isn’t an early player or a major player. You’re better off joining the hipsters in the record business and selling organic free-range file cabinets.

Toys That Talk To Children and Tell Them Stories

Ok, I admit, this is an emotional complaint rather than an economic one – companies that do this well will do well and I am certainly not against educational toys. But come on, farming out story time and socialization to dusty unicorns and ducks named Edwin? Can’t we just have a few startups focused on distributing money to shitty parents if they promise not to have kids instead (also please see reference to “space catapult” concept above). Don’t let a stuffed whale read your kids Pinocchio, or rely on a smart-toy to help them do math – do that yourself. Unless you have one of those really annoying kids that loves making explosion noises or always thinks it’s cute when they dance. Then I guess leave it to the toy. Or the social worker. 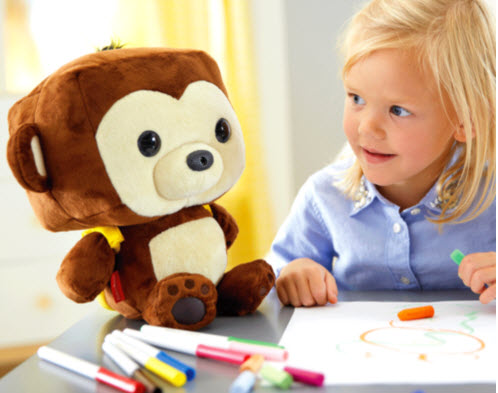 If you’re not Google, Apple or Microsoft, you’re not going to pull this off. Much like the Friend Planning stuff, anything that requires people to manage personal data and communications in a system only designed for that purpose and beyond the walls of email, social media and the native mobile OS is doomed to failure. Really intelligent stuff on the enterprise side has a shot, but that’s a lot of work and a lot of mathematics. And let’s be honest; that’s not why you’re getting into the startup game, is it. No. You’re getting into the startup game for the three-day weekends and the tax evasion. Don’t make this harder on yourself than you have to.

Ah, yes – the one product on this list that the more of which we have, the worse it becomes for the people it’s supposed to be helping. When you spread postings and applications across tons of separate sites, all you end up doing is driving applicant fatigue; they hit the fifth site that requires a search + bio write-up + pile o’ lies + resume + whatever, they don’t get a job from any of them, and they end up saying, “Fuck it, I’m sticking to Indeed, LinkedIn and weed brownies.”

Pick whatever gimmick you want; the employer bids on the employee, there’s a matching algorithm, the interface looks like Tinder, the app displays “LOL” when someone applies for a job that’s way out of their league, it doesn’t matter. People will always get on the platforms with the biggest exposure, which means that unless your platform drives a 100% conversion rate, you’re just going to piss people off for making them spend ten hours instead of eight reaffirming their unemployment.

There’s no way this was escaping this list. Selfies are just about the worst thing to ever happen to our world, behind only a few things like cancer, fossil fuels and Coldplay’s fourth album. If you get into the selfie business, know that you will not only be facilitating the rapid deterioration of our civilization, but you will also be entering an overcrowded commercial space with little to no room for profits or moral redemption. Honestly, I never believed in hell until selfie sticks were invented, and then I was like, “Woa, people this horrible must end up somewhere involving 3rd degree burns on the sensitive areas of their rectum.”

It’s a terrible game and you’re probably too late getting into it, especially with SnapChat taking over the world. Before you take this step, I urge you to look yourselfie in the mirror and say, “<InsertYourIrritatingName>, you don’t have to be terrible and broke. You can just be terrible.” Trust me, you’ll thank me in four years when you make your first million running an “experiential marketing agency.” 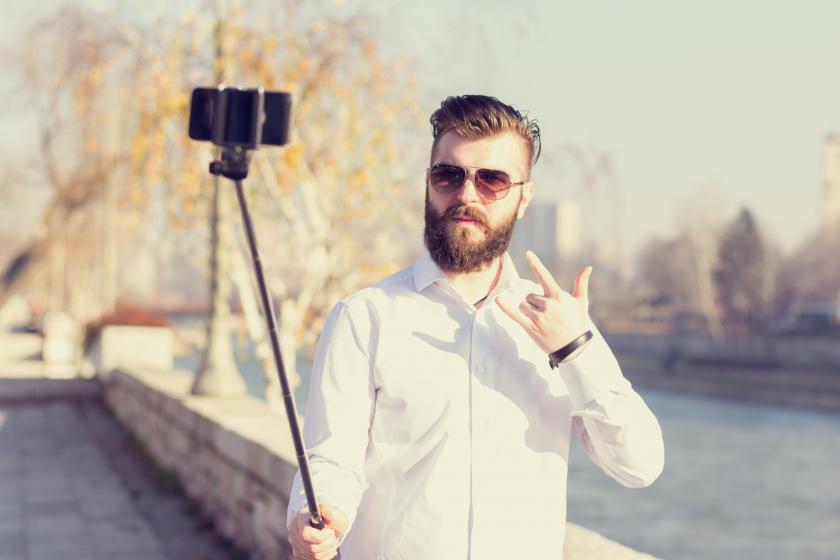