Amazon announced its $2.5 million Alexa Prize last month to foster artificial intelligence innovation around its digital voice assistant, Alexa. In a similar vein last month, Telegram instated the $1 million BotPrize. Telegram founder Pavel Durov will hand out one million dollars worth of prizes in grants valued between $25,000 and $50,000 to the developers who design the most creative and the most useful bots. For the contest, each of the bots are made specifically for Telegram, presumably for the company to eventually implement into their all-devices-synced, business-friendly messaging platform.

The first batch of winners of the competition were announced last week. Here’s what each of them does:

The Icon8 AI bot is based on an app called, Icon that is available on Android and iOS. Offering features similar to Prisma, which has skyrocketed to super-viral popularity since launching earlier this year, Icon AI transforms selfies into artwork-like images. Machine learning and neural networks are used to study images and apply transformations in a manner that mimics the brushstrokes and contours characteristic to paintings. Similar to Snapchat, the filters on offer are updated every few days.

ChatRoulette was once called the “Holy Grail of all internet fun” for the way in which it made socializing with strangers over the Internet an exciting and serendipitous process. ChatRoulette is now well past its glory days, but connecting with random Internet denizens will never not be fun. Stranger bot attempts to make that possible for users part of the Telegram ecosystem. With a few simple commands, the bot connects people from all over the world in an anonymous conversation. Users can add each other on Telegram following the interaction if they so please, or leave just as easily with the ‘/bye’ command. 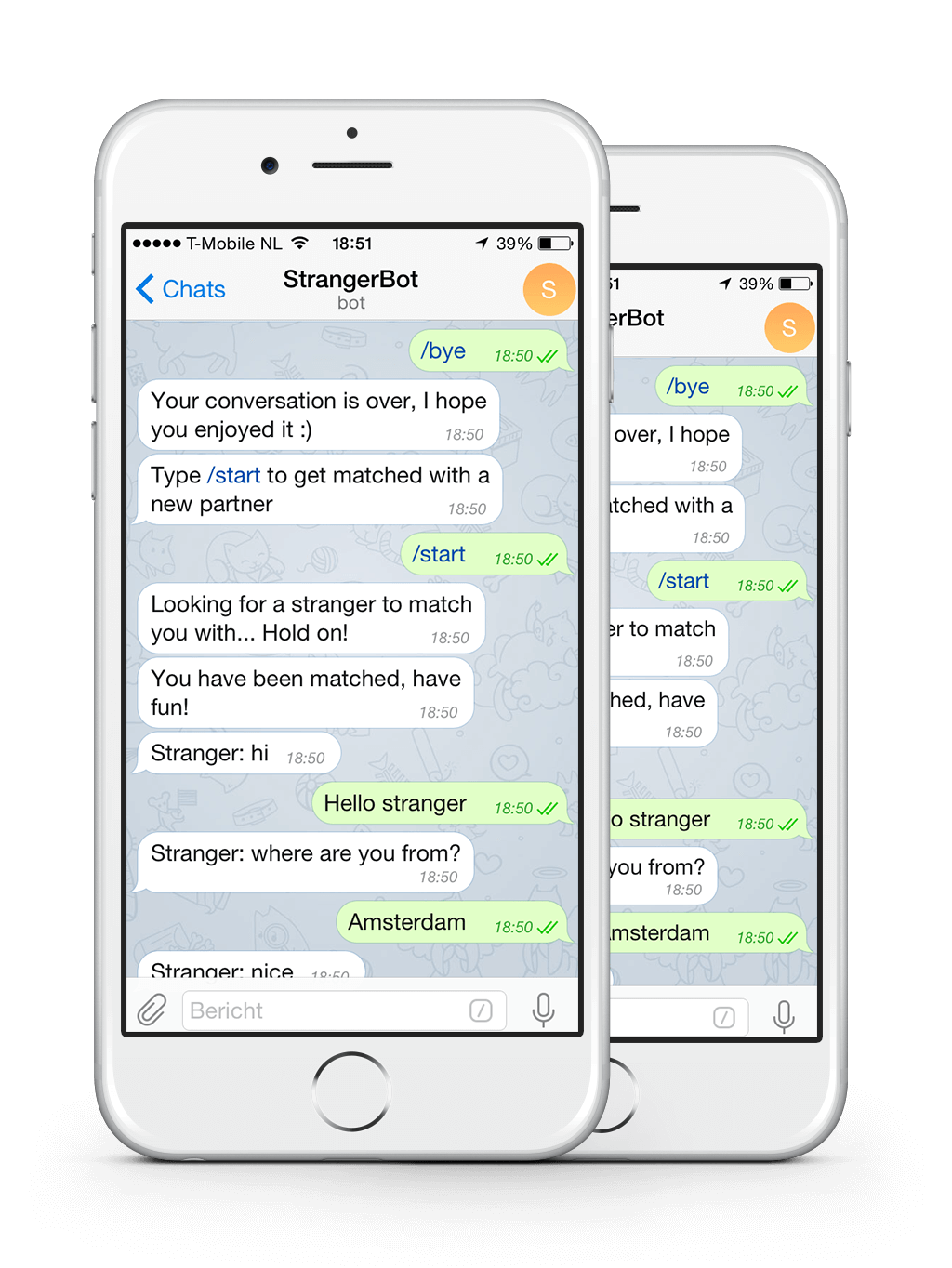 The inclusion of a gaming bot category was made possible by the launch of Telegram’s gaming platform last month. Werewolf is a game meant for group play in which the roles of each player (such as detective, cultist, hunter, etc) are initially a secret. The object of the game is to identify the role with which each player is associated and eliminate members of the opposing team. It’s a simple premise that’s also quite catchy–a fact to which the whopping 953,000 players already recorded on the game’s database will attest.

No, the bot’s name is not a misspelling of Instagram–it does something very different, in fact. Integram is a fully open source application that allows the integration of Telegram’s messaging features into third-party apps. The services that can currently be linked by Integram include Trello, BitBucket, and GitLab. The bot supports rich integrations and not just standard notifications, which means that it can be used to do things like create a Trello card or commit code to GitLab from within Telegram.

The final bot that makes the list is from the finance category. OctoPocket is an app that brings the simplicity of digital payments to Telegram’s messaging platform. The bot lets users send and request money directly, or send and withdraw money from ATMs. All the transactions carried out using it are free and no fees are imposed. OctoPocket is currently active in the EU, and has its services linked to over 10,000 ATMs in Spain.

Here’s one of their demo video…IN SPANISH (de nada)