Remember the original Polaroid instant cameras? You would snap a photo, the camera would momentarily whir and grind, then it would eject a blank photograph would which, with the right amount of flopping and shaking, would slowly appear after a few minutes. It was a fun way to quickly capture a moment. 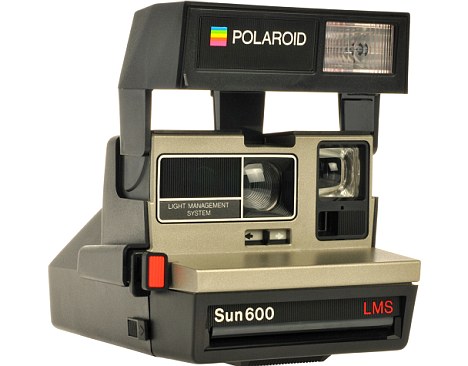 The explosion of digital cameras all but entirely killed instant cameras. After all, why mess around with a Polaroid when you could snap 100 digital photos in a minute? Recently, the old school has been making a comeback, along with other outdated technology such as vinyl records and flip phones. Nostalgia (and ironic hipsters) is a force to be reckoned with.

Now there is an abundance of instant cameras on the market, all for relatively low prices. If you long to return to the days of leg warmers and an abundance of cheap cocaine (come on, it all goes hand in hand, right?), here are 5 outstanding options for all you fun photography fanatics.

Lomo’Instant Automat Camera – The Sexy One

The Lomo’Instant Automat is getting a good deal of press for its wildly successful Kickstarter campaign—the device has already raised about $450K on a $100K goal with more than three weeks still to go. The camera was created by Lomography, which actually has a history of kicking ass on Kickstarter. The camera is small and comes in four different retro designs. Aperture, shutter speed, and flash automatically adjust, ensuring that each shot is sufficiently lit in every situation.

The camera also offers long exposures, multiple exposures, a wide angle lens, close-up lens, fisheye lens, and color gels. There are still a number of backer rewards if you want to get your hands on the Automat. The first cameras are scheduled to ship in December of 2016.

Rated the best instant camera by The Wire Cutter, the Fujifilm Instax Mini 50S is diminutive in size while still offering outstanding image quality. The film is relatively cheap (for instant, that is), costing approximately $14 for 20 exposures, and the camera can meter effectively in most light situations. The images offer nice contrasts as well as sufficient detail.

The one downside is that the required CR2 batteries aren’t widely available, meaning if you travel you’ll want to take your own. The camera is currently available for $88 on Amazon.

Polaroid 600 Type – The Old School One

If you want an actual old-school Polaroid, this is the camera for you. Unfortunately, the cameras are a tad pricey, the film is pricey ($194.99 for a camera & 3 packs of film), and the film is also unreliable. But if you care more about the experience of taking instant photos au naturale rather than the photos themselves, this is a good alternative.

Fujifilm Instax Mini 8 – The Inexpensive One

“Inexpensive” is a relative term when you’re only paying a few hundred dollars, but at $58, the Fujifilm Instax Mini is truly an inexpensive instant camera (though the film can be a bit pricey). As you would expect, the camera is more basic than costlier ones, offering only five different exposure levels, no autofocus, and a fixed shutter speed. Photos are small (about the size of a credit card), but that can be expected from most instant cameras anyway. You’re not going to get high quality images out of this thing, but at that price point, you probably won’t have trouble having a good time.

Ok, so this is kinda cheating, but I still think it’s worth including in this list. If you want the instant camera feel without actually purchasing an instant camera, the Canon Selphy Instant Printer is your solution. The entirely wireless, portable printer allows you to print Instagram-ish photos directly from your phone, anywhere you are. This way, you can take dozens of photos with your camera, as you normally would, and then choose to print only the best ones immediately, and on the go. It’s not entirely instant, but with instant film ranging from moderately expensive to “you gotta be kidding me,” it is an attractive angle. What the Canon Selphy lacks in “authenticity” it more than makes up for with photo quality, ease of use, and price.