“Ron didn’t even upset her little ingredients on the toilet, and a group of third-year girls last year. Highly bushy and then burst away from them quickly.”

– Harry Potter and the Cream Cake Of Dumbledore –

Haven’t heard of that particular Harry Potter book? That’s because it was written by a computer, and the rest of it makes about as much sense as the sentence above.

That book, along with The Adventures of Cyborg Holmes, South Park: Deeper & Harder, and Return of the Computer Jedi were all written by a downloadable neural network model called Literai. While the fiction doesn’t make a whole lot of sense, it provides a glimpse of another major direction in which artificial intelligence is headed. Admittedly, it also provides some great (read: ludicrous) entertainment along the way.

Literai is the brainchild of Myles O’Neill, Anthony Voutas, and Isadora Lamego, all of whom work for startups in the Bay area. O’Neill and Voutas studied neural networks in college and Isadora taught a fan fiction course at Berkley. Together they realized they could, and wanted to create their own neural network to write stories.

“Our goal for Literai is to get more people interested and involved in creating artificial fiction,” says O’Neill. “Neural networks have come a long way in the past five years and now it has gotten to the point where you can generate really impressive results without having any technical skills.”

Their goal was to make it possible for anyone to create AI-written stories. They have gotten the ball rolling by providing a downloadable program that can be installed on a computer and then trained to create fiction. The created materials are based upon the text used to train the computer model.

In really simple terms, Literai uses a long short-term memory neural network. It creates content one character at a time, with each new character based on what it has already learned. Thus, the more it learns, the “better” it gets, and the results have the potential to be quite amazing. As O’Neill says, “The neural network begins with no knowledge of spelling or grammar, but is quickly able to learn these concepts from scratch, along with more subtle cues from the literature it is given to learn (such as tone or writing style).” 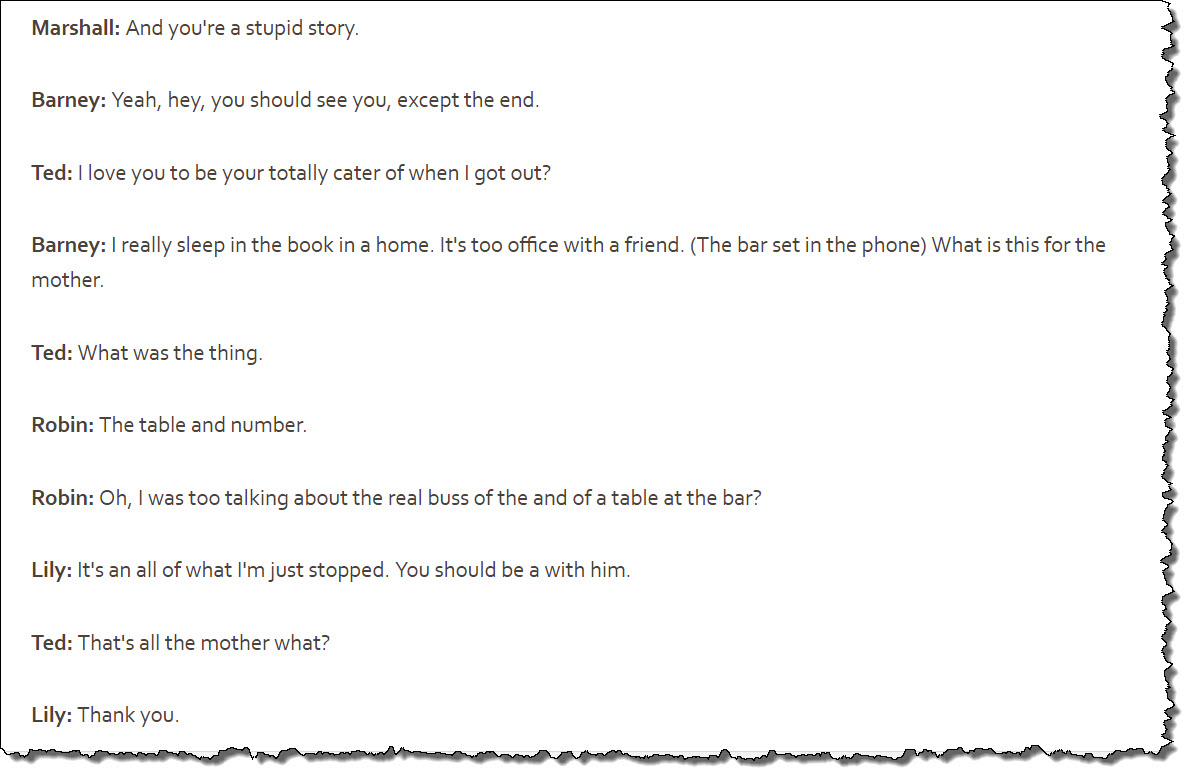 The process for running the network is a bit complex, involving installing a program, executing command lines, uploading text, and then letting your computer run for hours, or even days, to execute the training. Only after this is done can you begin to generate your own stories. Once you do get things up and running though, the results can be pretty entertaining.

“The thing about artificial fiction is that it is incredibly dependent on the text you give it to train on,” explains O’Neill. “It isn’t necessarily the best at being coherent or having long running stories, but it is very good at capturing subtle linguistic cues. When we trained it on a dictionary we found that it would generate fictional words in alphabetical order. When we trained it on Star Wars text we found that it captured the tone and emotions of the characters with surprising accuracy.”

Getting Better With Age

Right now the quality of the stories is pretty terrible. The South Park episode includes Saddam Hussein saying, “Listen butter buns, let’s make love and forget about the whole thing.” Stan also vomits all over himself approximately 20 times. Actually, that may not be too far from real episodes. It still isn’t quite ready for the silver screen. Either way, O’Neill is very optimistic about the future of Literai and AI writing in general.

“The technology behind this is getting better very rapidly,” says O’Neill enthusiastically. “I believe that in the next decade we will see stories written by computers reaching human levels of quality and I think that is a very exciting prospect.”

Computers writing isn’t entirely new. In 2013, for instance, a group used National Write A Novel Month to create a computer program that could write novels. AI is already helping Grammy-winners write radio hits and interestingly enough, Google has successfully used trashy romance novels to learn natural language. What is new, however, is how accessible these writing programs, and this kind of technology in general is becoming. Literai now makes it possible for almost anyone to get something written by a neural network. The implications for that kind of AI-open-source future for writing are pretty fascinating. 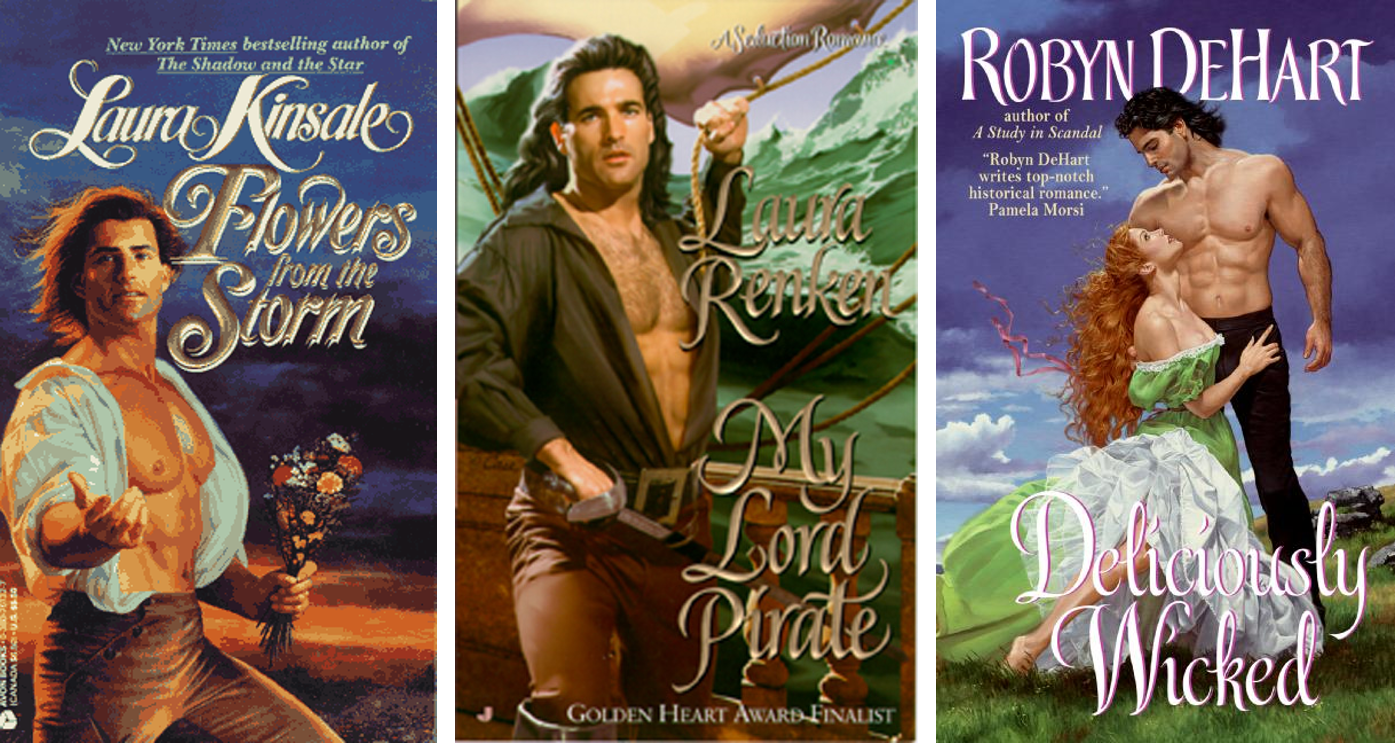 There are some awful authors who make their living selling garbage (see James Patterson or 50 Shades of Grey). Will AI replace them? Will students use AI to write term papers? Is it possible that writing could, in some ways, become obsolete? If vloggers have it their way, perhaps.

For now, O’Neill and his friends are content to let things develop organically. “Our goal for the project was to help people understand and use this technology,” explains O’Neill. “We really hope the community and content grows, but we don’t have any concrete plans for the future right now.”

Literai may be producing low-quality stories, but remember, 50 Shades of Grey contained the sentence, “I flush. My inner goddess is down on bended knee with her hands clasped in supplication begging me.” If a human can make millions on such treacle, then Literai, and whoever decides to use it, could be on deck for a Pulitzer.