Although we live in an age filled with the evidence of our relentless technological progress, there are still aspects of our culture that have not evolved nearly as much. Gender gaps in pay and under-representation in several occupational fields are just two examples of how our society continues to struggle with the concept of equality. Ironically, even the tech industry, which has become almost synonymous with progress and social responsibility, exhibits the same kinds of gender disparity found throughout the workforce. A new documentary film, CodeGirl, takes a closer look into gender disparity in the tech industry by following several teams of high school girls competing in the Global Technovation Challenge to create an app that solves a problem within their community with the winning team receiving $10,000 to help launch their app.

The film was promoted across numerous channels as an amazing showcase of young female empowerment within technology, but ultimately falls short of adding anything new to the gender gap discussion. For example, Google’s initiative to encourage coding amongst girls, Made With Code, features it on their homepage yet touched very minimally upon any facts about the gender gap in tech or even how these teams of girls became involved in programming in the first place. The contest claims that participants need not have coding experience but it’s clear that the teams came from a range of programming backgrounds. This was my biggest issue with the documentary. If CodeGirl wanted to spark inspiration within viewers with minimal exposure to programming, it would have been awesome to emphasize how these real-life role models got their start.

In actuality though, very little programming is shown. Most of the footage focuses on team conversations, pitch practices, and prototype creation. To be fair, it is arguably difficult to make sitting in front of a computer look thrilling and a good part of the documentary was probably focused on softening the stereotype of programmers being a solitary, socially disengaged lot. That said, I would have liked to have seen more of the girls firing up the terminal and overcoming some of the technical and strategic challenges of being a good coder. Instead, the film delivers shot after shot of them sketching out buttons on their prototypes, which wasn’t nearly as impactful or inspiring.

Sadly, CodeGirl provides you with very little opportunity to become emotionally involved with the girls you meet. In fact, nearly all of them are eliminated from the competition in the first half of the documentary. By the time the final winner is announced, you have maybe only seen them for a tenth of the entire 108 minutes. You know just as much about their backgrounds as you know about their coding skills before they started this competition—nothing.

The most moving parts of the documentary for me were the team eliminations. The clasped hands and devastated faces of the kids as they got the news broke my heart. However, what was truly tragic wasn’t that they didn’t win the $10,000 prize, but that in looking at all those disappointed faces, I could see that many of them would not be continuing in their coding journey after the competition. While CodeGirl promises that “every girl discovers something valuable along the way,” during the Global Technovation Challenge, the look on those faces made it difficult for me to figure out what that “something” was. 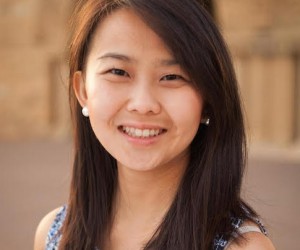 Lindsey Txakeeyang recently graduated from college and is now trying to figure out how to be an adult in San Francisco. While she does love Silicon Valley and entrepreneurship, she is also intrigued by fashion, photography, and creative writing. She misses the beaches of her hometown Honolulu.

Follow Me
Latest posts by Lindsey Txakeeyang (see all)