If you watched TV in the 90s, there’s no way you don’t remember The Clapper:

With a few simple slaps of one arthritic hand against the other, you could control your lights, your stereo or your blender, and even protect your home from cartoon burglars. But alas, the Clapper was ahead of its time. While it anticipated the age of smart lamps and smart appliances, the device—much like the commercials that hocked it—was kind of dumb. The concept, though; that’s a different story. While today’s smart appliances are more sophisticated, they’re also more complicated. And keeping track of all those apps is a first world problem of child army proportions.

I mean, really, if I have to look through dozens of apps on my phone to find the one that drops the lights, then another get my disco ball turning, then ANOTHER to get my Sony PS HX500 to drop the needle and start blasting my mint-condition original 1993 pressing of the BeeGee’s Size Isn’t Everything, I might as well pay my coke dealer a little extra to hang out and do it all for me.

But with Knocki, I can tell Fredo to clear out and still enjoy a relaxing, amphetamine-addled evening without ever getting up from the glass, gold-rimmed coffee table.

Opportunity is Knocki, As Many Times As You’d Like

The Clapper’s downfall, in addition only being able to turn appliances on and off, was its auditory sensors. It “listened” for a loud enough noise, and when it heard one it either stopped or started the flow of current to whatever you had plugged into it. False triggers were common and the tech was weak.

Knocki, however, is built on some stellar science and according to its founders holds several patents, including at least one related to its recognition of user signals. A mechanical accelerometer, not an acoustic sensor, detects vibrations in whatever surface the Knocki device is attached to – it can be programmed to recognize up to ten unique “knocking” or tapping patterns.

Once the device senses an incoming trigger, it turns on its WiFi (keeping WiFi off saves battery life; four AAA batteries should power the device for over a year) and communicates with the relevant smart device, based on the pattern recognized. Turn things on or off, turn the volume up and down, shift the lighting to suit your mood, and a whole lot more, all by knocking on your table, wall, counter, door, or other surface. As their video says, “The true beauty of our technology is that what it can do is only limited by your imagination.” 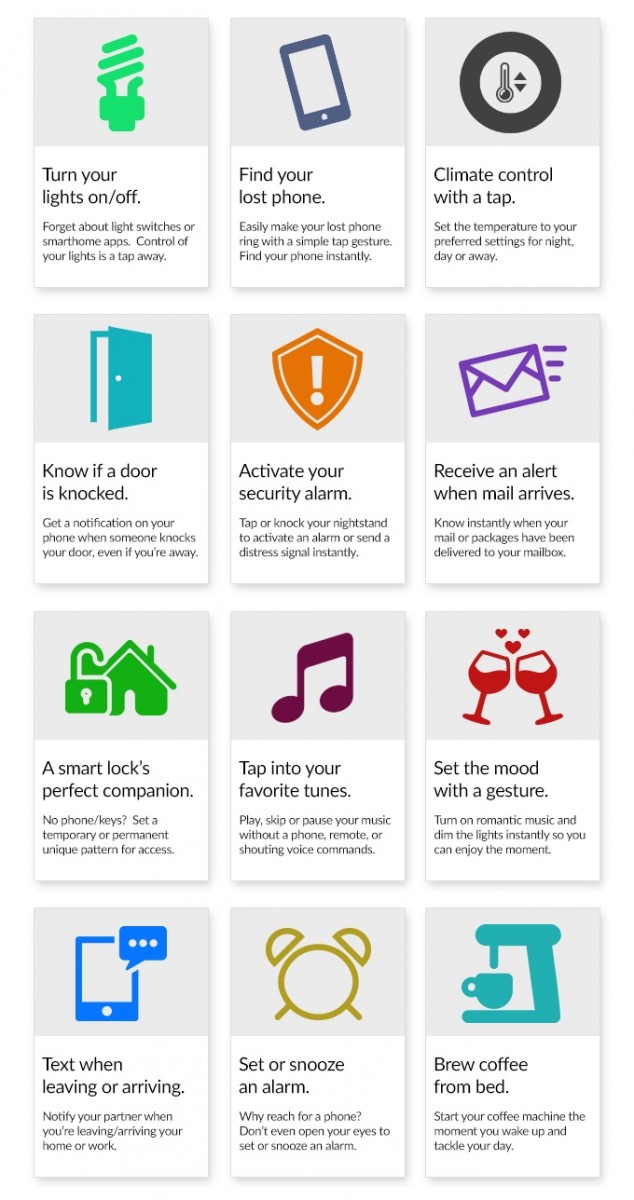 With announced partners including Philips Hue, Nest, WeMo Coffee Maker, and tons of Internet-only platforms (Facebook, Twitter, Gmail, and my hands-down favorite, IFTTT), you can use Knocki to directly control tons of smart devices and trigger almost any smartphone, social media, or online action you want.

There’s no question that Knocki has arrived in a major way. One of Seed Sumo‘s more recent accelerees, the company has hit beyond 2o00% of its Kickstarter goal with  almost a full month left in its campaign – they’re closing in on $800K of a meager $35K goal and are on track to easily pass the $1 million mark. If the product actually does what it says when it ships in December (and if it actually ships in December—forgive me, Knocki, but I’m not knaive enough to take an estimated ship date from Kickstarter to heart), they won’t have any trouble tapping investors to help them scale up production.

The “them” is one of the most intriguing parts about Knocki, too. There’s “Social Media Padawan” Maja Brenna (if you believe this Norwegian lass’s LinkedIn page, the Jedi-inspired term of endearment is predictable tech-speak for “Intern”), and only four principals in the company (aside from the Seed Sumo investors/advisers). Knocki is founder and CFO’s Ohar Nezer first time with a startup, and though founder and CEO Jake Boshernitzan has seen a fair amount of success with projects like Draggo and Ridester.com there’s nothing in his background to suggest expertise in the engineering capabilities Knocki is laying claim to—and nothing suggesting physical prot duct manufacturing, scaling, and selling, either. Director of Design Jaime Raijman has only been with the company since January, and elusive young upstart John Boyd appears to have just finished his Master’s in Electrical Engineering at Texas A&M, and is still listed as an employee at Cirrus Logic.

He also hasn’t been mentioned in any previous Knocki press that I can find, and appears to be lying quite low for someone behind such multi-patented, potentially game-changing tech. Maybe he’s just shy, or maybe he had help from the company’s other Norwegian intern, Filip Thorhus.

Whoever is behind it, it’s turning me on, and soon it will be doing the same to smart stuff all over the globe…knock on wood. 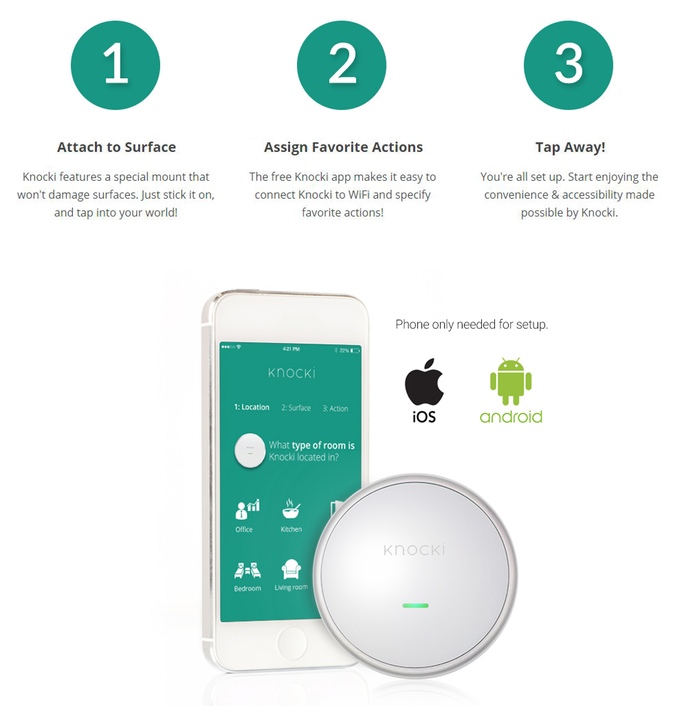