A short while ago, I brought you a taste of the new tech that will keep us from growing old. Now I come bearing tech news of a different sort: innovations that bring old junk into the digital age, or in some cases marry the strengths of the old with the efficiencies of the new. In at least one case it sort of makes the old both newer and older at the same time…

It’s old meets new, it’s classic and full of drama, and you’re going to read it and like it.

I freely acknowledge that my handwriting has gone to shit. I eat with chopsticks more frequently than I am called upon to even hold, let alone write with a pen or pencil, and I am now far more graceful digging into a pile of chow mein than struggling with a ruled line. But modern times haven’t made handwriting heathens of everyone, and Punkpost is here to prove it.

After all, why use your phone to communicate freely, effortlessly, and instantly with anyone around the world when you could use it to purchase a handwriting and hand-posting service to send a message for you? Thank You notes, Christmas letters, ransom demands—they all just mean so much more with that physical touch. There really is a growing trend of the physical card and note-sending in response to the era of Instagram and Snapchat, making old school the new cool.

If anyone wants to start a dickpic sketching service, now’s the time.

Richard Counts likes old cars. He doesn’t like simple problems causing major damage simply because they went unnoticed, though—after the failure of a ten-cent indicator light nearly cost Counts a classic engine, he decided there had to be a better way. If there’s one thing today’s computerized automobiles have over their more full-throated cousins of yesteryear, it’s their self-diagnostics and reporting capabilities.  Thus, EngineStat was born to bridge the two worlds.

Now funding on Kickstarter, Counts’s company has patents pending on a small black box that clips onto your older car’s existing wiring and reads various critical engine parameters—oil pressure, temperature, voltage battery and harness, vacuum, and RPM—and transmits the data to your Android phone via the accompanying app. The prototype works and is ready to go, Counts says; he just needs funding for the first production run, with an expected delivery date in September of this year.

Also currently kickstarting is the Wooting one keyboard, which gives you all the pleasure of a century-old analog keyboard and loads of potential twenty-first century applications. Pitched heavily towards the gaming community, this keyboard means you can finally control how fast and far you move through Castle Wolfenstein by altering the pressure you put on each key.

Digital keyboards register two states for each key: pressed and not pressed (technically, they only register “pressed,” but you get the idea). This analog keyboard registers how hard a key is pressed and can, given the appropriate software interface, alter the outcome of a key press accordingly; press harder to move faster or farther, or apply more visual emphasis, etc. Applications abound for graphic design, e-medicine, and even writing. Old school typewriters let the passion of your typing show through in the saturation level of ink on paper; bringing analog back to the world of words might not be a terrible idea.

In decidedly non-Kickstarter/startup territory, Sony is joining the vinyl resurgence with some new tech that promises to preserve the old sound of your (and your grandparents’) LPs. The PS HX500 isn’t the first turntable to enable digital recording of your big, bendy, analog CDs, but it boasts of high-res preservation that keeps all the nuance of the records audiophiles love, outputting WAV files via USB to the storage device of your choice.

It isn’t just quality that makes this new tech good news for old farts and steampunk audio fanboys. This is one of the first true plug-and-play analog-to-digital recorders, with no tech savvy necessary at all to get top-notch recordings you can play anywhere. For Baby Boomers especially, this turntable turned up just in the nick of time—those few retirement years when they’ll be able to sit back and enjoy the music before they go entirely deaf. 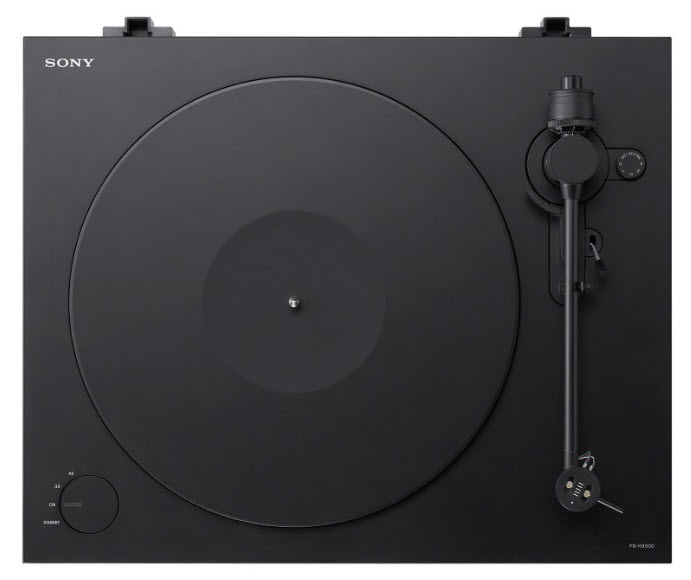 Finally, there’s the team in Uruguay who took the world’s first video game, mashed it up with the slightly older game of air hockey (which was itself based on the much older game of billiards), and paired that stunning vision with modern computerized controls, mechanics, and design software to produce a real-world working game of Pong. Whether this is new tech making old tech relevant or old tech dragging new tech into never-before-seen levels of uselessness, I want one in my living room. Yesterday. Or tomorrow.

Seriously just watch the video. You can skip to the four-minute mark if you want to see the finished prototype in action. Two player, player vs. computer…I imagine it could even be set to go computer vs. computer, and with a big enough bong load I could watch that shit for hours.