With some of the recent analysis swirling around about funding in the tech and startup space, things may seem a little like cloud cover. But now that spring is soon upon us, the final hints of a silver lining are filling in.

Title III of the JOBS Act in Full Effect This Month

It was back in 2012 that President Obama signed the JOBS Act (that’s the Jumpstart Our Business Startups Act, for you acronym aficionados). Regulation A went into effect a year ago, and allowed a certain amount of equity-based online crowdfunding, but you still have to be a “qualified purchaser” to invest in Regulation A offerings. Title III of the Act contained a provision meant to open up early-stage equity- and interest-based investment to non-accredited investors (or, less appealingly though perhaps more appropriately, “unqualified purchasers”) through crowdfunding.

Accredited investors/qualified purchasers are currently defined as those with more than $1 million in assets and/or $200,000 or more in annual income. Because of their “accreditation”, they were the only ones who could legally invest in most startups in exchange for equity (with crowdfunding now, you’re just buying access to product). The laws in the JOBS Act change that, in theory, allowing “online portals” to register with the SEC and non-accredited investors to purchase startup equity through these portals. 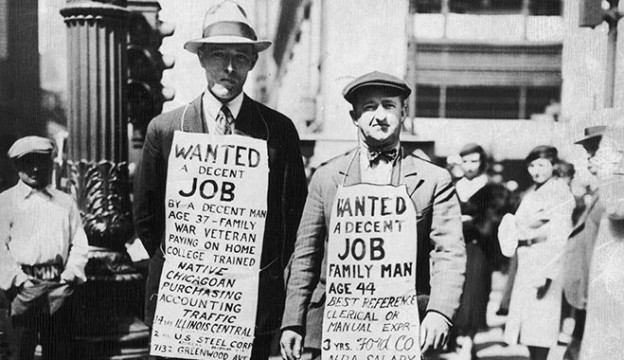 80 years ago, of course, puts us smack dab in the middle of the 1930s. A decade in which speculation by all manner of investors led to fantastic gains for the average American family. As a result, the economy grew like a freshly-sprained ankle…or something…

There’s been surprisingly little press about this outside business circles, even though the idea is that the law is good for average investors as well as for startups. With this law in place, the typical middle-class worker gets a chance to roll the dice on backing the next billion-dollar business and startups don’t have to go door to door begging from the same VCs as everyone else.

Three years after the bill was signed into law the SEC had yet to finalize the new crowdfunding rules. Those rules were finalized last November, and this month (or maybe spilling into June), they’re finally going into effect.

The Rules & Stuff of the Crowdfunding

According to the adopted rules, startups can only raise $1 million via crowdfunding in a 12-month period. Investors are capped at $100,000 in crowdfund-purchased securities each year, and that’s only for investors making $1 million or more per year. Others are capped at 10% of annual income for incomes greater than $100,000, and the greater of 5% or $2,000 for everyone else.

Choosing the crowdfunding option also requires startups to open up a little more to the SEC, including filing some additional regulatory paperwork. There is still some uncertainty around interstate advertising of securities sales that could impact crowdfunding feasibility in the first stretch.

The startup funding landscape isn’t going to change overnight, but you can bet we’ll start seeing a trickle of startups backed by regular old joes in the coming months. After a few test cases in the courts help clarify the course, the floodgates are bound to open—let’s hope that rising tide lifts all our boats.