Another edition of Facebook’s F8 conference is in the books. This was the first one since a new 10-year blueprint was laid out by Mark Zuckerberg last year. In that sense, the Facebook F8 was an opportunity to take stock of what progress had been made at the company. As you’d expect, they’ve doubled down on technologies such as augmented and virtual reality, while picking up a few new obsessions. Here are all the highlights from this year’s Facebook Ef It…erm…F8.

Text Messages Typed With Your Brain

Facebook wants to, literally, read your thoughts. They’re being blatant about it because they believe the technology can turn that neural activity directly into typed text, or at least a binary choice like a yes/no response. 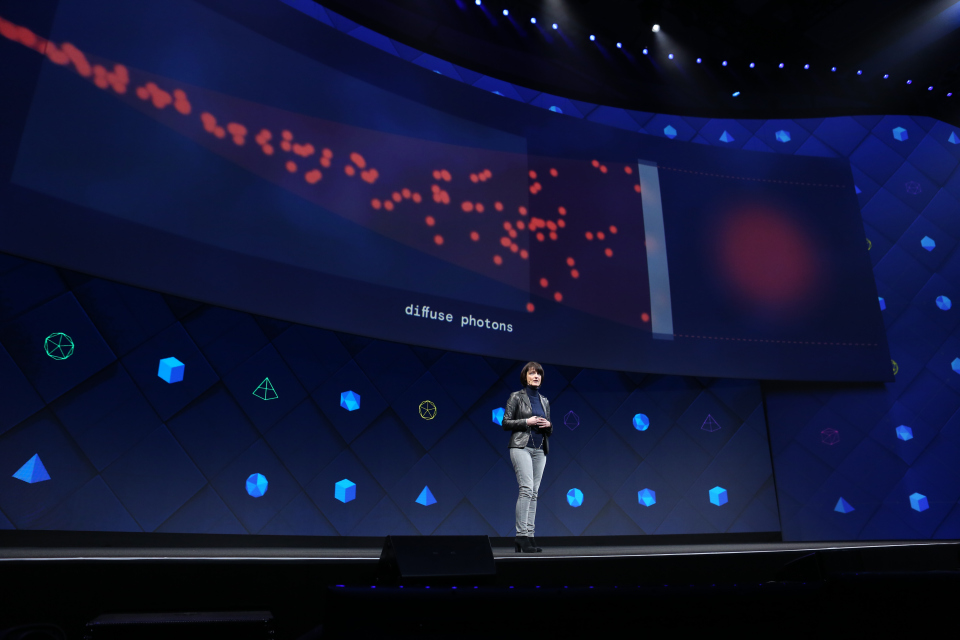 That’s exactly the kind of project you would expect to be in the works at Building 8, Facebook’s secretive new hardware products division. Building 8 project head Regina Dugan emphasized that the brain-computer interface capable of decoding and transcribing thoughts is totally not invasive; it’s meant only to access the information you have already chosen to share by channeling to the brain’s speech center. Sure, Regina. Sure.

Skin that Can Hear

More news out of Building 8. Another one of their little experiments is a device to equip your skin with the ability to hear. It’s basically a hardware version of the cochlea, a part of the ear that receives sound waves and then separates them into frequency groups before transmitting them to the brain. Facebook’s product would work the same way, except using the skin to do the cochlea’s job.

Why use one sense to do a job that is already being carried out by another? The most obvious reason is to help people with hearing impairments. Facebook also foresees a future where the technology could be used to translate between languages in real-time conversation. They were a little vague on the details of how such a feature would work.

Facebook exhibited a new app which provides a virtual environment for you to hang out with friends. Facebook Spaces is sort of like The Sims, except in this game your avatar gets to invite Facebook friends and manifest anything you can draw in the virtual world. 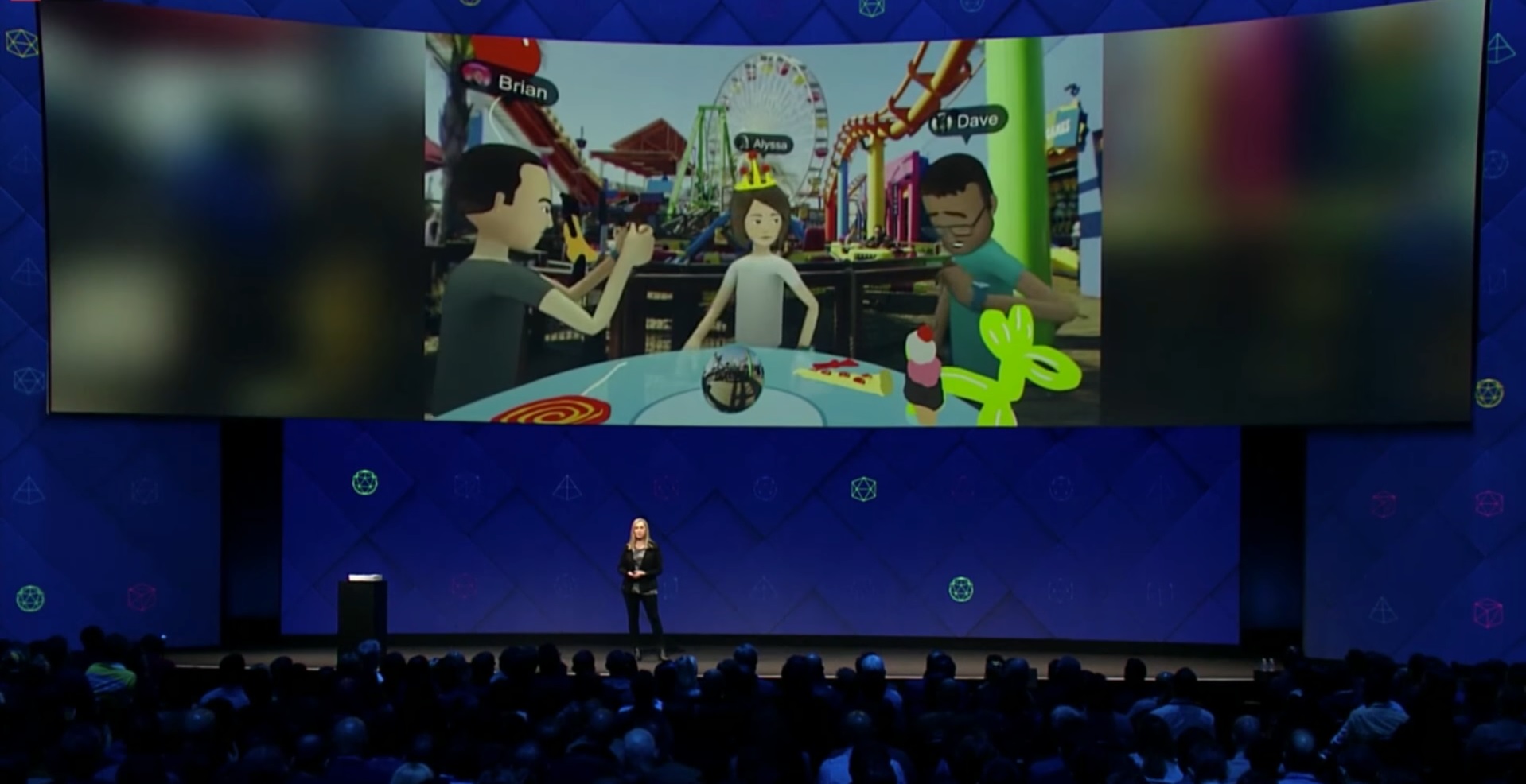 They explain that the technology could be used to show a friend a 3D drawing live in a virtual 3D world or turn video chats into something a lot more immersive and fun. And of course, you can access a selfie stick at any time to immortalize moments from your escapist jaunts.

Tether-tenna is a lightweight helicopter that’s meant to serve as Internet infrastructure during times of emergency. Specifically, it comes into play when cellular towers and other infrastructure are incapacitated, but fiber lines are still functioning. At such a time, the helicopter is capable of tapping a fiber line to broadcast its signal from its perch hundreds of feet in the air. Facebook’s Yael Maguire said the device had operated successfully for an entire day in tests. Eventually, they hope to extend that uptime to a few months.

Facebook believes that the first major augmented reality hardware is something we all own right now: our phones. That’s at odds with the convictions some other major companies have displayed by investing in AR-specific devices such as glasses. 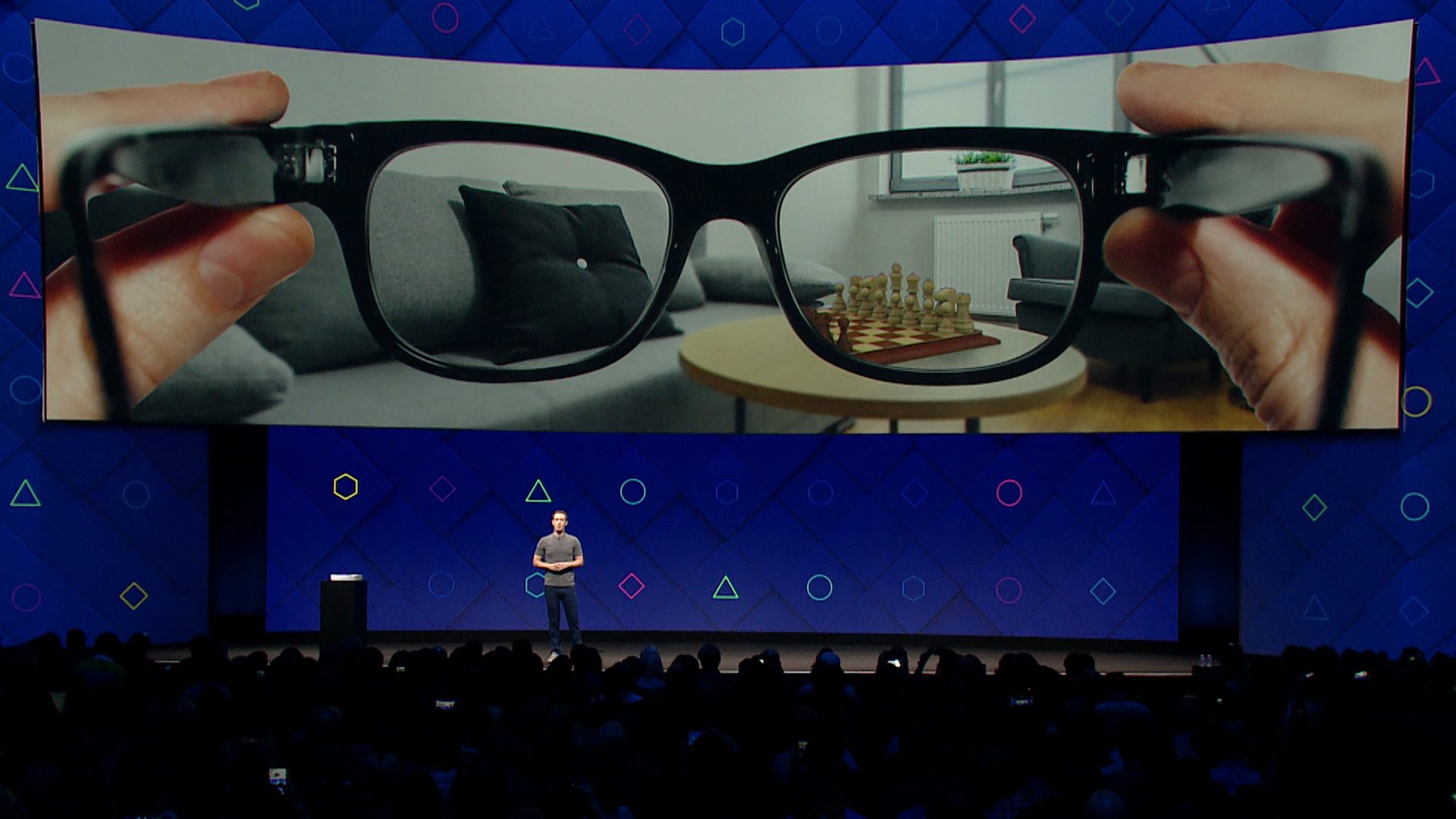 Camera Effects is a platform using which developers from around the world can contribute AR filters and other interactive experiences for Facebook’s camera. Developers will be able to make use of depth detection, object recognition and other features to create immersive AR experiences or fun overlays. For people who aren’t developers, there’s Frame Studio, a tool to add basic frames and other graphics to images.

Remember when Facebook Messenger used to be a simple messaging app? The app has over time become the focus of many of the company’s business and bot-based pursuits, and that was evident with the latest updates announced for version 2.0 of the platform.

There will now be a whole store for bots that can be used via Messenger. That includes a Spotify bot that can play songs within chats, a MasterCard bot to pay for Subway, and Aeromexico’s customer service bot. Also part of the update is a bigger role for M, which now functions as a digital concierge. The AI assistant will be listening from the background to see how it can help, whether that’s by booking a cab or reserving seats at an event.

The Focus is on the Camera

Facebook is betting big on camera technology–both hardware and software.

At F8 this year, they unveiled an update to the Surround 360 video cameras which debuted at last year’s conference. The x24 model has an array of 24 cameras, while the smaller x6 has six cameras. The cameras capture video in 8K with six degrees of freedom. What that means is that if you have a headset like the Oculus Rift, you can move to the left, right, up, down, and forward and backward inside live-actions shots. 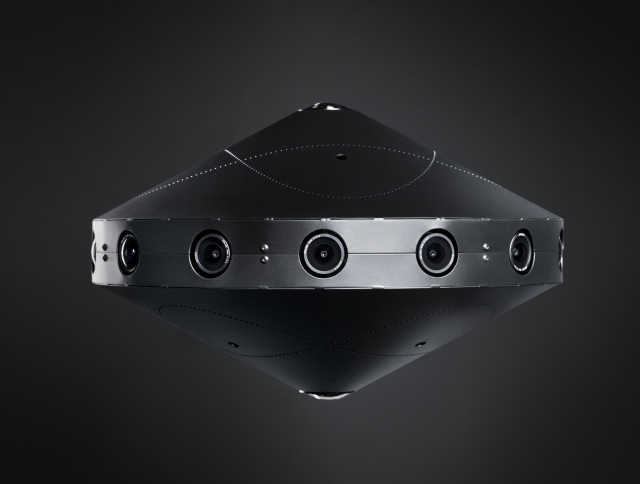 Facebook also revealed AI-powered software capable of blurring out backgrounds similar to the bokeh effect. This technology is a far cry from texting with your brain, but hey, it may mean more Likes for your next selfie, and that’s still what Facebook is about for most of us.