Although they differ significantly in size, the Hero 5 Black and Hero 5 Session share a few similarities (besides their name). Both shoot 4k footage up to 30 frames per second, both are water resistant up to 33 feet without a housing, and both have electronic image stabilization built-in for the first time. Both cameras have voice control capabilities (i.e., start filming with voice commands) with support for several languages built in. They also support one-button controls, have advanced noise cancellation, and of course Bluetooth and Wi-Fi connectivity. 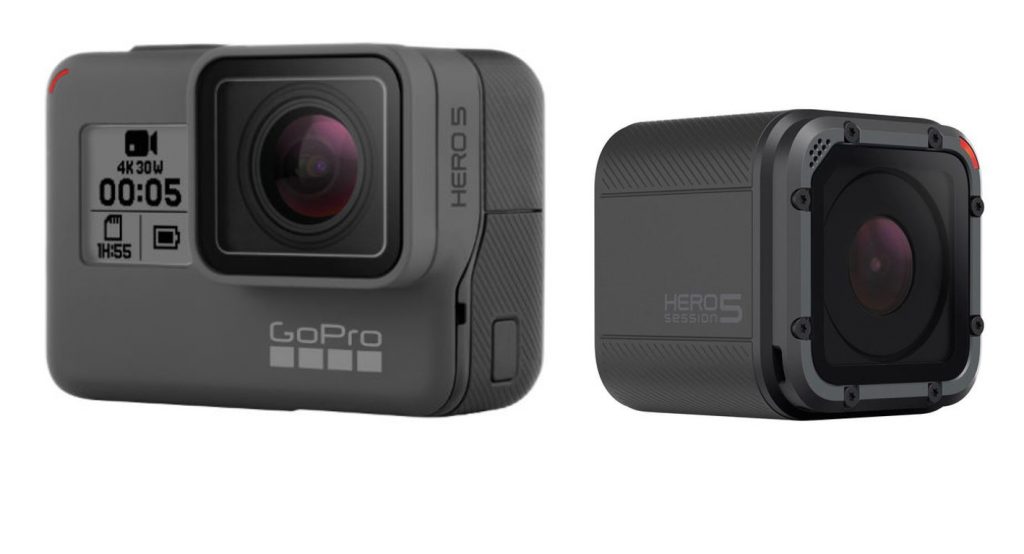 The cameras also have built-in GPS, enabling users to tag the location of videos in real time. GoPro is working on adding the ability to overlay stats such as MPH and maps in a future update.

There are a few key differences between the GoPro models. The GoPro Hero 5  Black, for example, features a 12MP camera, a touch display, location capture, and support for RAW + WDR photos. The GoPro Hero Session instead features a 10MP camera and does not support the aforementioned photo types.

There’s also a new offering called GoPro Plus; a cloud storage platform available for a $4.99/month subscription fee. Working through a laptop or using the WiFi / Bluetooth connectivity, the footage and photos from user devices will automatically upload to the cloud making the content immediately accessible from additional devices and immediately sharable. The files can also be quickly accessed and edited via the GoPro editing apps, Quik and Splice.

One of the major drawbacks of the app are that files can only be edited locally, meaning users can’t seamlessly start editing on one device and pick up the project on another. The subscription does include a library of loyalty-free music along with 20% discount off any camera mount and accessories.

GoPro is also trying to make it easier to transfer and edit videos with the soon-to-be-launched Quik Key. The device is simply a small microUSB reader which transfers footage directly between the GoPro Hero and a user’s smartphone. The device actually is intended to be worn on a keychain so users always have it on hand.

Although GoPro made some improvements to their hardware, overall the company appears to be shifting their focus towards software. As The Verge discussed recently, revenue for the company dropped 31% between the fourth quarters of 2014 and 2015.

To help overcome this, the company now has over 100 employees devoted to developing software. At the moment, it’s unknown how much revenue this will bring to the company, but it does signal that despite the recent improvements, their hardware alone is no longer enough to sustain growth. That being said, the hardware is still pretty rad. 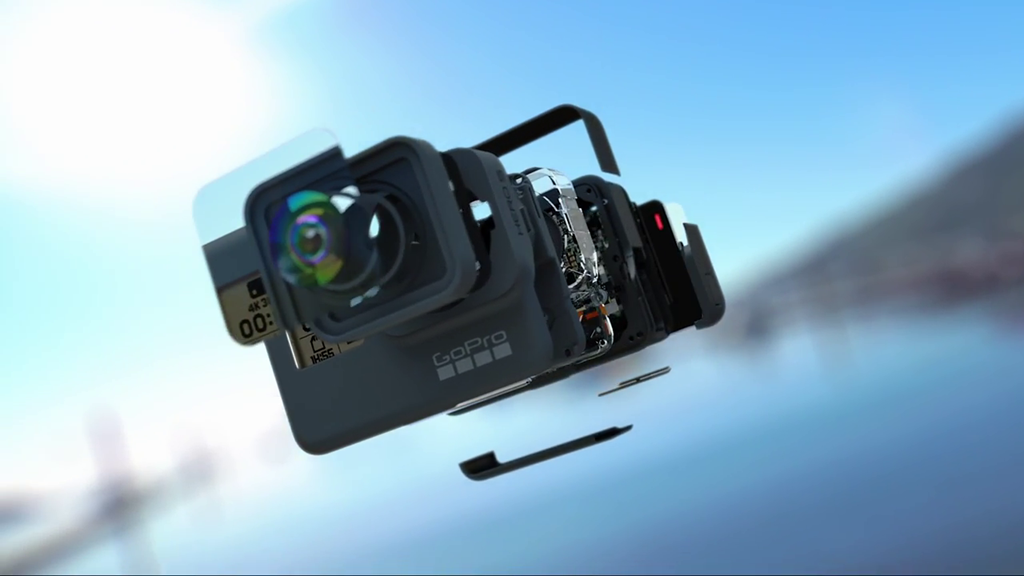