The average person spends around a third of their life sleeping. Just as you try to work efficiently, why not sleep efficiently? A company called Intelclinic aims to disrupt (in the best sense of the word) the way people sleep with their NeuroOn smart sleep mask. According to the product website, it’s “the world’s first personal sleep architect”.

Based on the concept of Polyphasic Sleep (sleeping more than twice a day), the Neuroon helps users survive on just 2-6 hours of sleep daily. While it might sound a bit crazy, it has been reported that biphasic sleep (five to six hours during the night with a 90 minute nap during the day) is popular among college students and residents of Latin American countries. The concept has also been discussed in depth within the Journal of Sleep research, which contains reports from researchers who found it’s very possible for humans to operate effectively on polyphasic schedules – many other animals already do.

The NeuroOn uses sensors to monitor user EEG and EOG waves (brain and eye activity), pulse, motion, and temperature. From there it determines the best sleep patterns to fit your personal lifestyle and biology. The Neuroon continues to work while you travel, hoping to end the pains of jet lag. It also comes with an alarm that allows for multi-nap scheduling and one day exceptions.

Due to safety concerns the mask only syncs with the users’ smartphone when it’s not being worn. While there’s no shortage of sleep monitoring tools on the market, existing solutions rely on accelerometers to monitor movement. The Neuroon goes beyond those solutions by providing more comprehensive analysis and data through its electrical wave monitoring.

Unfortunately, you can’t just pair the device with any smartphone. At the moment it’s limited to the iPhone 5 and 6 series, running iOS 7 and with Bluetooth 4.0 or later. As far as Android devices go, you’ll need to use a Galaxy S 4/5/6 which have Bluetooth 4.0 support and are running Jelly Bean or newer.

The batteries are rated for two to three days, and the NeuroOn can be recharged via Micro USB port.

According to their Kickstarter campaign the San Francisco based company raised $438,573 from 1,944 backers. While the original promised delivery date was July 2014, their latest update from December 31st says they started their first round of shipments near the end of the year.

The NeuroOn is currently available to all from the company website for $299 and the estimated shipping date is at 8 weeks.

Before you start sleeping less, you’ll want to avoid a lot of driving or operating heavy machinery until you determine how the fewer hours affect your body. The product specs also point out:

The Neuroon is not a medical device and should not be used to diagnose or treat any medical conditions. Consult your doctor for prevention, diagnosis and treatment of any medical issues.

Better get those napping pods set up at the office. The only question is whether or not the Neuroon fits snugly inside one of those super-cool head pillows… 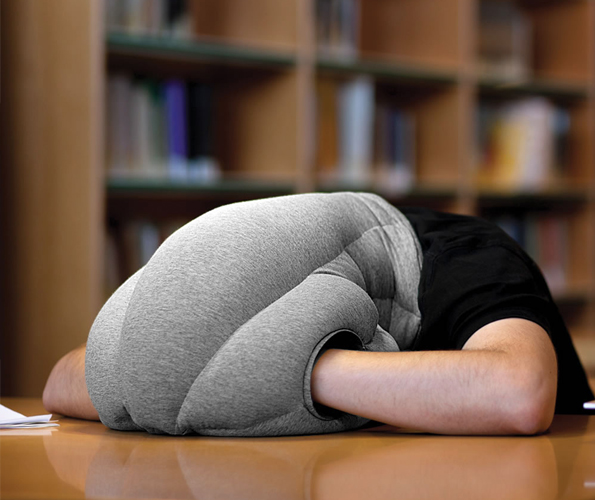