If you are a heterosexual male (that’s still what we’re called, right?) then chances are, at some point in your life, you have wanted to have sex with a teacher, a friend’s mom, and a hot cartoon character. No, not at the same time, you jizz-grenades. Ok, maybe at the same time. But I just mean independently, in general.

AND THERE ARE SOME PAINFULLY PREPOSTEROUS ABSENCES. We need to talk about it.

Before we go any further, can I just point out the obvious and somewhat disturbing trend so far?

It would appear that, in the foundation of their fantasy frameworks, men are turned on by women who can, and probably will, beat the living shit out of them. Will you just look at that lineup of bruisers?! Lara Croft looks like she literally invented skull-fucking, Kitana could probably choke a shark with her groin muscles, and I’m pretty sure Blanche is holding a scrotum. Tracer is what happens when a CrossFit instructor boinks The Terminator, and Tifa Lockhart looks like she just spent 16 years choking out junkies in an orphanage. There’s your starting lineup, folks; the security detail for Dan Bilzerian’s drug dealer. 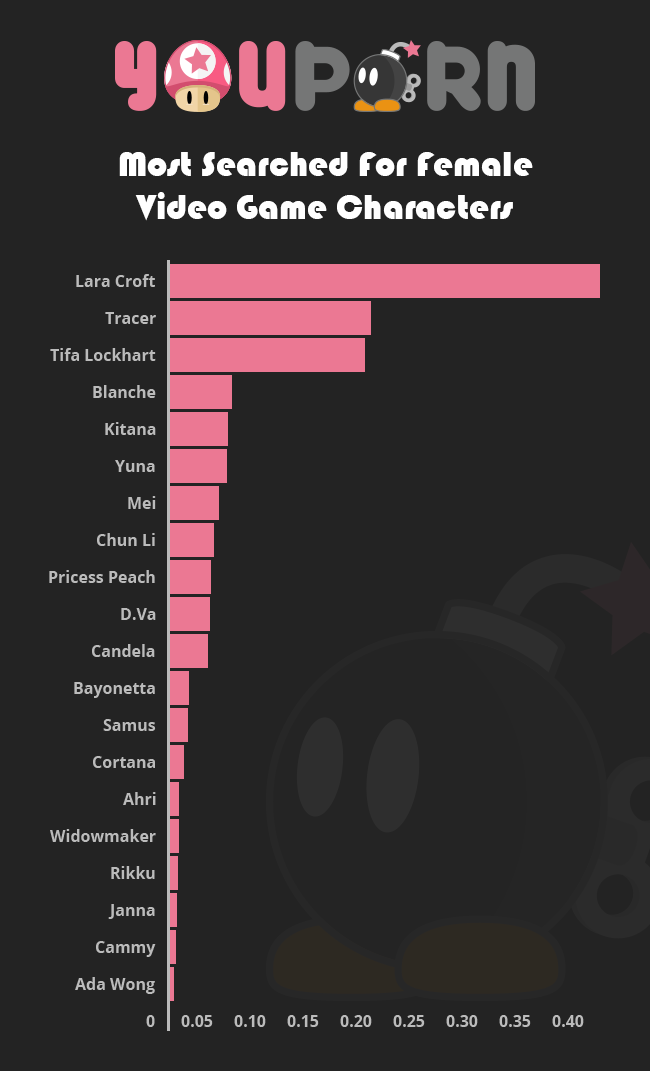 Now I’m not saying that some of these female video game characters aren’t acceptable, understandable or even commendable selections. I can allow for bizarre tastes and even a few charity picks (I’ve dealt with Mila Kunis and Cameron Diaz for this long). What I cannot stand for, however, is gross oversight and not giving credit where credit is due.

Here are the video game vixens that these rusty-palmed perverts forgot to fawn over: 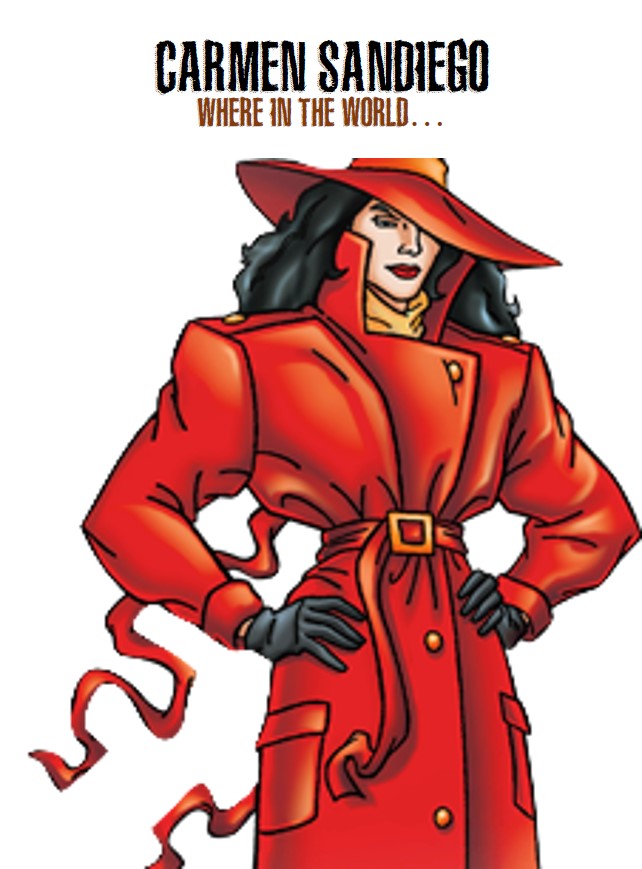 Um HELLO?! Talk about the total package: she’s hot, she’s smart, she’s well-traveled and worldly, she’s just elusive enough to be exciting, she doesn’t dress like a hooker, and who knows what she’s got under that trench coat. Is it stolen diamonds? Is it a rare vicuna garter from the cobblestone markets of Istanbul? Is it super-comfy travel leggings from Lulu Lemon?! Is it a vagina???? IS IT ALL OF THOSE THINGS?!?!?!?! I need a cigarette.

“Charles, what in the world happened to the front of your pants??”

“Oh, there was house fire in Baltimore.”

(It is worth noting that “April O’Neil is actually the “stage name” of a real life pornographic actress. She knows what’s up.) 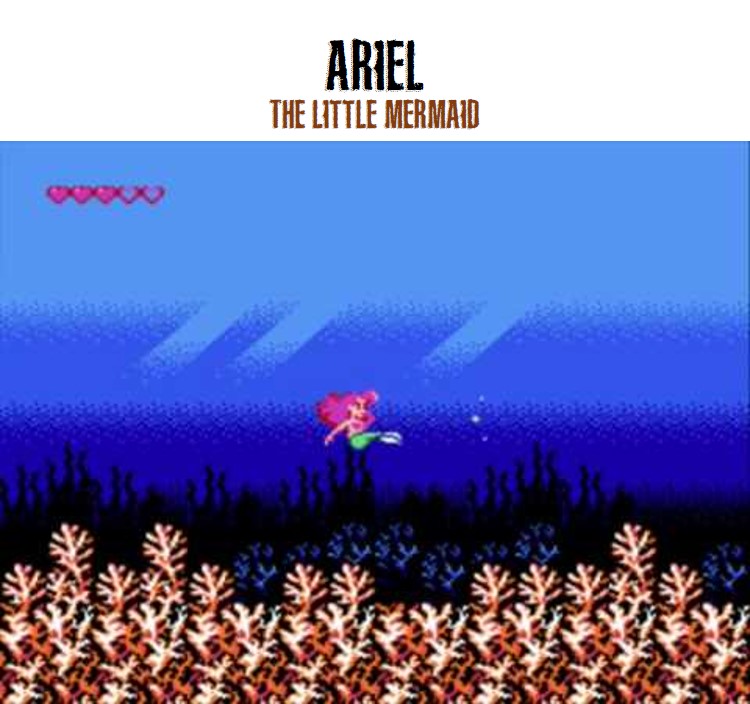 Yes, there was a Little Mermaid video game, and yes, Ariel was insanely hot in it. Real or fake, there has never been a sexier girl with crabs. Oh, you can’t really see her in that screenshot? Ok, how’s this: 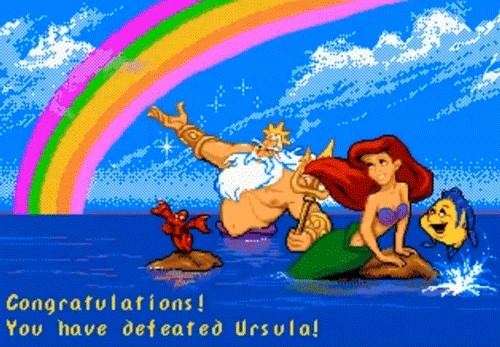 Ya, I know where that fish is headed. Wait, still a little too far out and pixelated?? Ok, what about now: 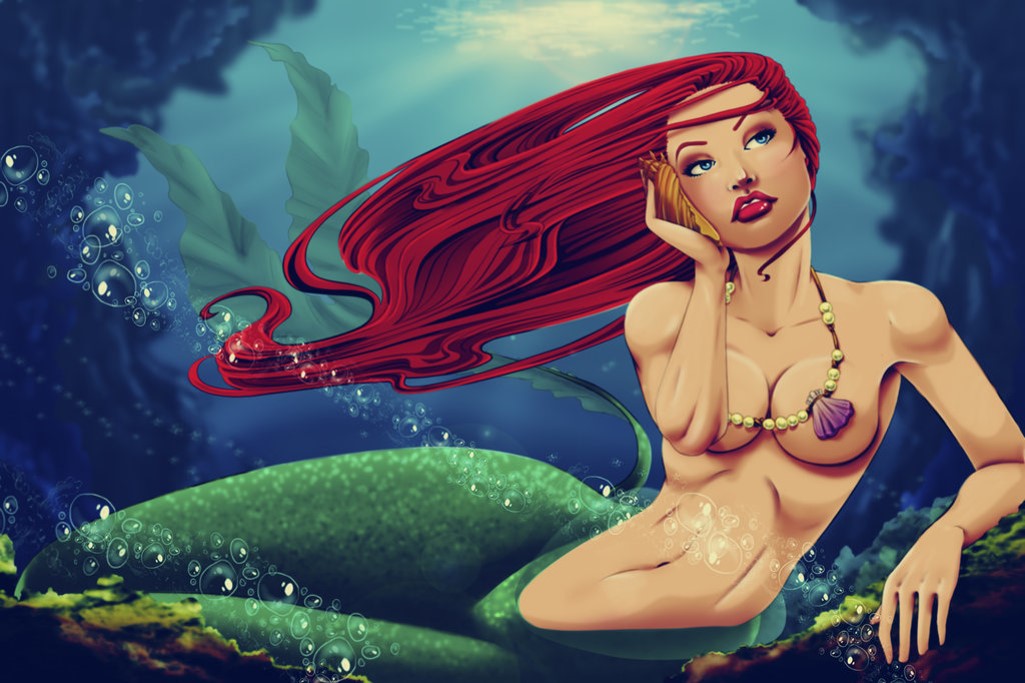 There is no doubt in my mind that in that particular instance, she is calling me. 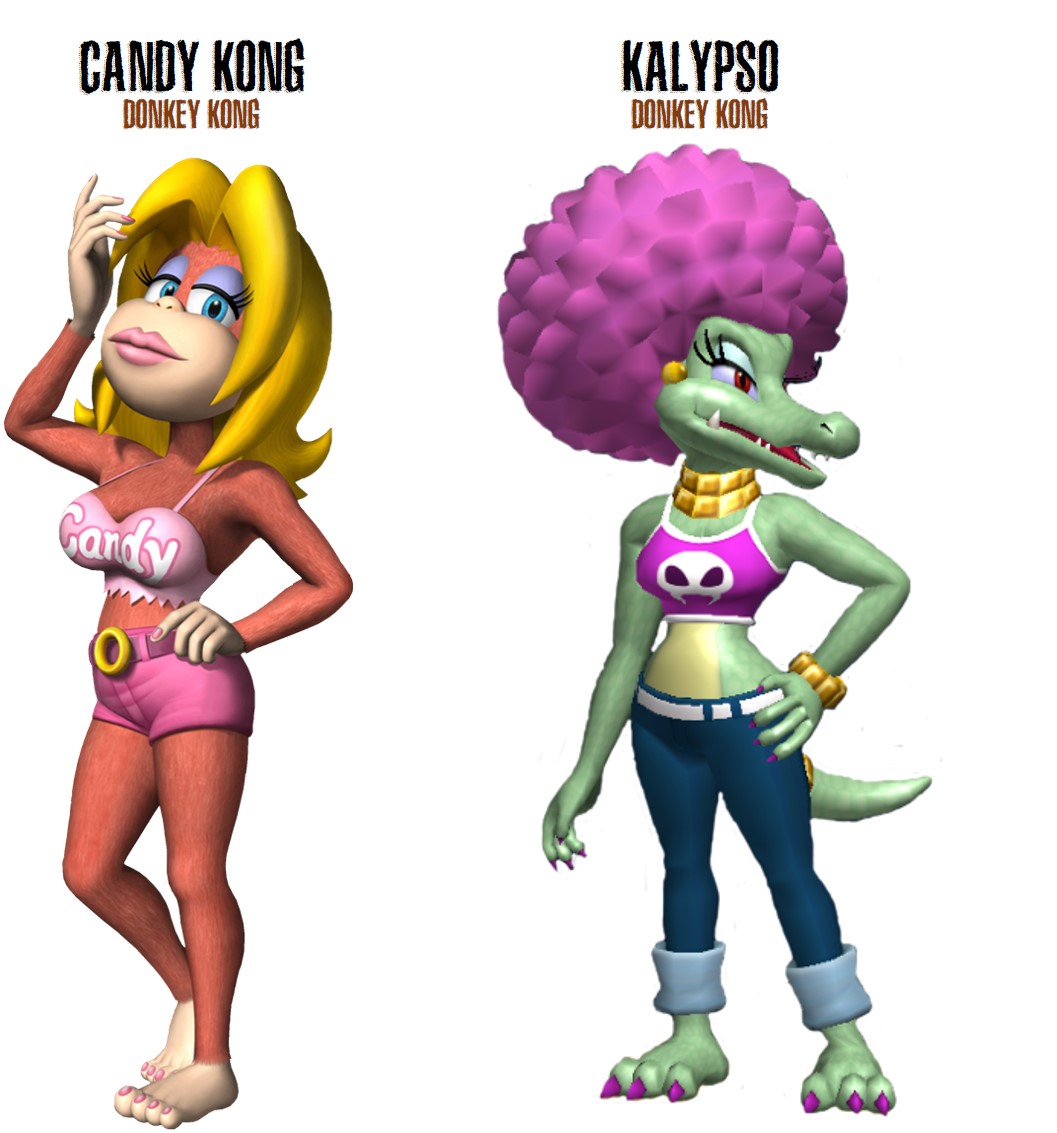 The only thing worse than cartoon perverts are racist cartoon perverts. Sure there are a few Japanese women in the list, and Cortana has some fucked up mineral deficiency that makes her look like a blue freeze pop, but where the hell is the real ethnic diversity? Why do we have to be all Full House all the time? Can’t we get a little more Family Matters up in this piece? Candy and Kalypso may not be white, but they are insanely hot. A little high maintenance maybe, but still oozing with sex appeal. And look at those figures! Natural, voluptuous, fabulous. Also, they literally live in the jungle and they still dress like that; Donkey Kong babes have the perfect balance of fight and femininity. And they are most definitely D.T.F. 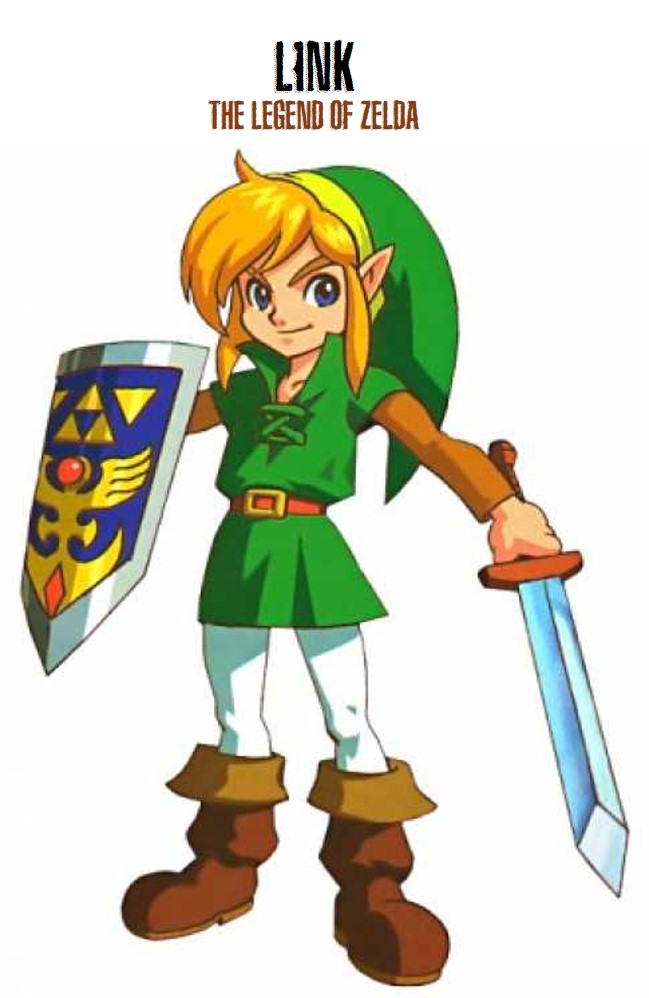 First of all, even if this is a dude, it’s still the same as when Jonathan Brandis put on that wig and a women’s soccer uniform in the movie, Ladybugs and all the 10-year-old boys in the audience shrugged and were like, “If he keeps the hair, I’ll hit it.” Second of all, Link is not a dude. Maybe it’s the emergence of more liberal sensibilities, maybe it’s the surge in female gamers, or maybe it’s just plain old puberty. I don’t know, but if you look at any timeline of Link over the years, you can see the clear transition: 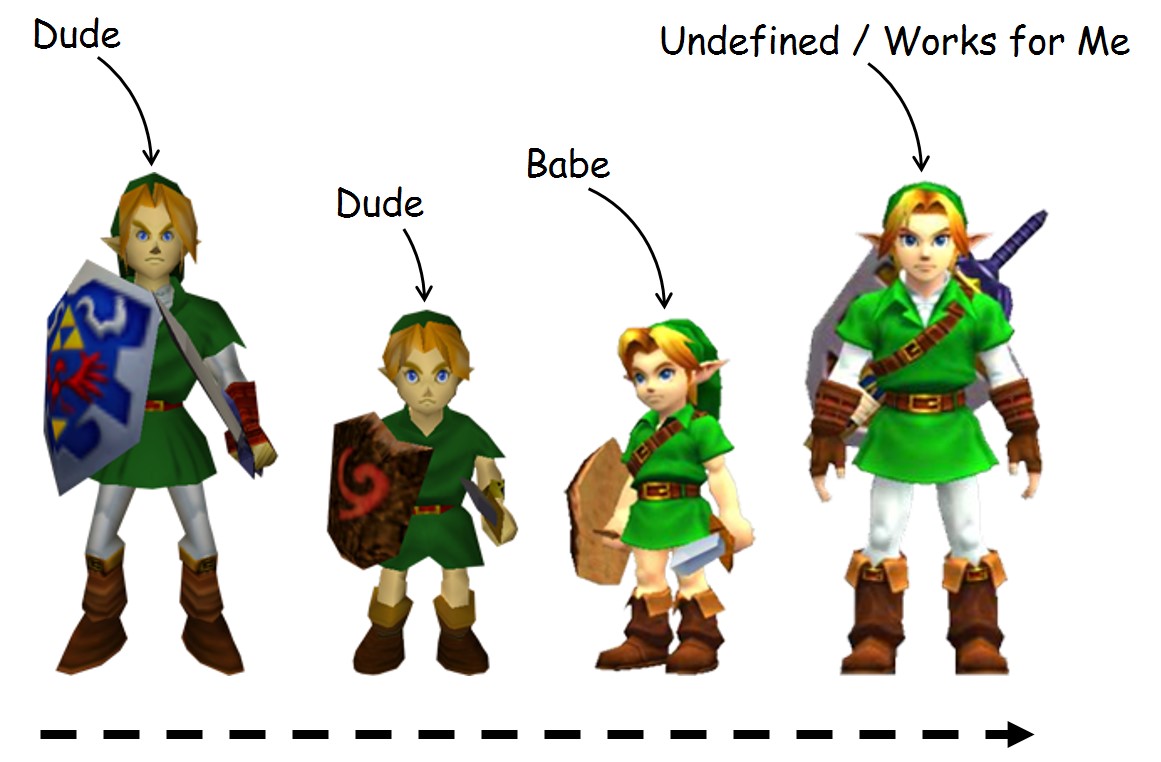 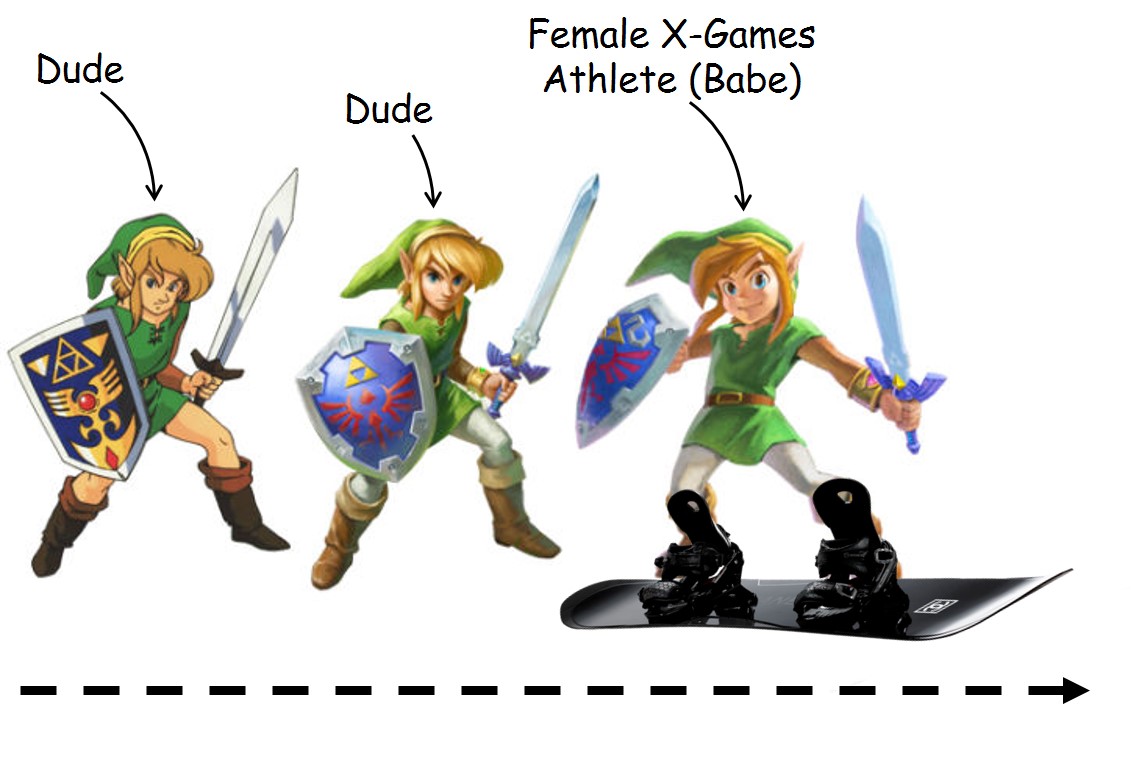 and just look at this recent depiction I found: 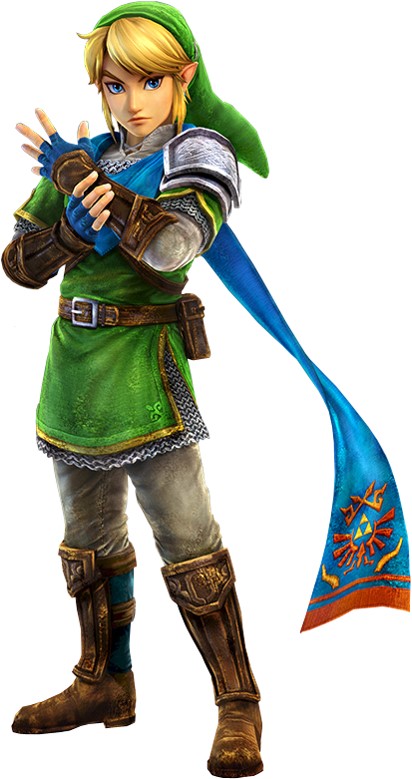