There’s (practically) no gravity in space, but you still need to deal with stuff dropping. Or sticking around where it isn’t supposed to.

The expulsion of bodily wastes is a problem that has had the folks at NASA scratching their heads for a while now. Spacesuits do well to keep astronauts alive in hostile conditions, but their waste-elimination capabilities are not what you’d consider ideal – unless wearing a diaper in 12-hour stretches sounds like an acceptable way to deal with the problem. Seeing an opportunity to crowdsource solutions, NASA created the ‘Space Poop Challenge,’ the objective of which is described as follows:

“The US National Aeronautics and Space Administration (NASA) seeks proposed solutions for fecal, urine, and menstrual management systems to be used in the crew’s launch and entry suits over a continuous duration of up to 144 hours. An in-suit waste management system would be beneficial for contingency scenarios or for any long duration tasks.”

Or if you prefer the shorter paraphrased version: “Astronauts need to poop without making a mess. Help!”

The proposed solution would need to route waste away from spacesuits and into a collection system of some kind. An uptime of up to 144 hours would be required, which is how long an astronaut might have to remain in the same suit in the event of a catastrophic occurrence. That’s just 6 days worth of waste per astronaut that needs to be sequestered safely while the closest plumbing system is possibly thousands of miles away. Easy-peasy.

The competition kicked off in October last year and came to a close in December. Winners were announced last week. 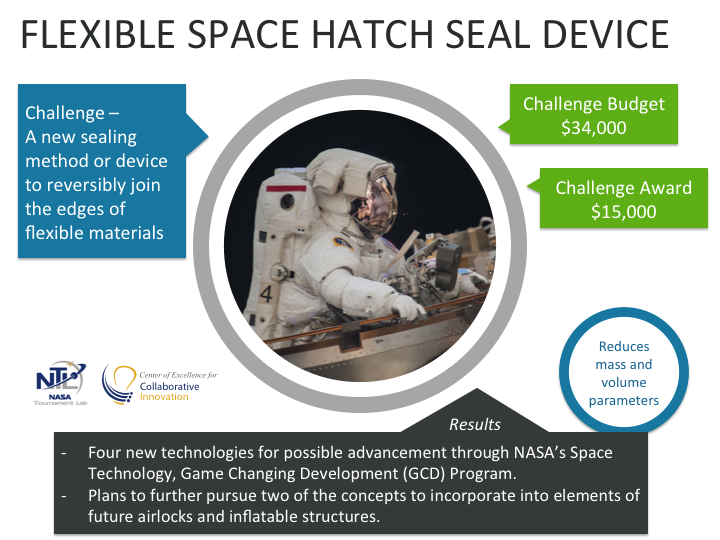 The winning entry was made by Thatcher Cardon, a flight surgeon and physician from Texas. Cardon calls his solution M-PACS, short for MACES Perineal Access and Toileting System. The main component is an air lock called the ‘perineal access port’ that sits over the crotch region. It is positioned in the front rather than the back so that astronauts don’t have to lean back in order to use it.

Whenever an astronaut needs to “go to the toilet,” they start by removing the airlock cap. Then, a valve is attached and a tube inserted into the port. These two components equalize the pressure and prevent gasses from getting out. Once those are in place, astronauts can use specific contraptions like an inflatable bedpan combined with a bidet spray to get the job done.

Cardon was awarded $15,000 by NASA for his potentially revolutionary creation. The second and third place contestants walked away with $10,000 and $5,000 respectively. Clearly, it pays to know your shit.