Last night, at the San Francisco War Memorial Opera House, TechCrunch hosted the 9th Annual Crunchies, also known to some as The Oscars of Startups and Technology. As you probably know, or at least would guess, the purpose of the ceremony is to celebrate the world’s most exciting, most successful and most game-changing startups, technology innovations and individual contributors.

As with your average awards ceremony, there were surprises, foregone conclusions, and in almost all respects, much well-earned recognition. These were the winners of the 2016 Crunchies:

Best New Startup: Honor
This startup is part service, part app, and all heart. Their goal is to help people connect seniors with top quality personal caregivers. Their app enables efficient application and real-time monitoring / communication, they offer a flexible pricing system with hourly rates as low as $19, and according to the company, only the top 5% of applicants on the caregiver side are approved and become Honor-qualified. Currently the service is available in the Bay Area and Los Angeles. In April of 2015, the startup raised $20 million in Series A funding. 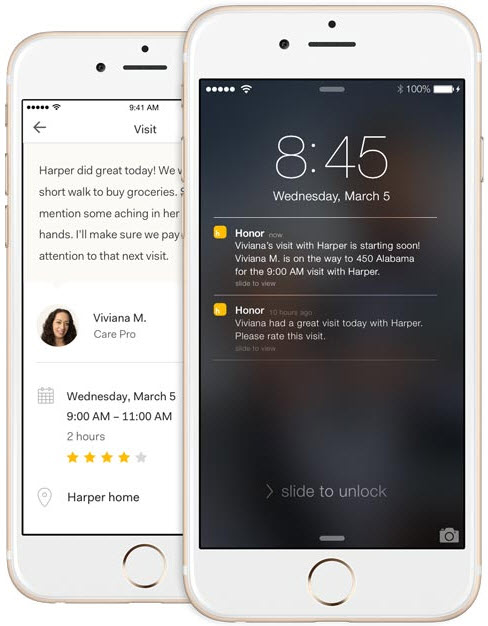 Fastest Rising Startup: Slack
MSN Messenger had a threesome with Gmail and Dropbox, and as a result, Slack was born. Now, it’s all growns up. Well, that isn’t exactly the story, but it’s pretty close. This web-based communication and collaboration tool was launched in August of 2013 and by the end of last year, already had over 2 million daily active users, facilitating collaboration across more than 60,000 teams. If someone in the world hasn’t already tried to convince you to use Slack, you might be a fisherman. Even then, I’d be surprised. In seven rounds of funding, Slack has raised just under $340 million and earned around $30 million in revenue last year, all of which is annual reoccurring revenue.

Best Overall Startup: Uber
You know who they are; they’re the Uber of Taxis. Hell, they’re the Uber of Ubers. They have officially made “Disruptive” the new table steaks and by the end of 2015, they were pulling in valuations of almost $70 billion – which is actually more than some of the companies that supply the vehicles to its drivers, like Honda, Ford, GM and Nissan. With almost $10 billion raised in funds over 13 rounds, the term “Startup” seems to be stretching a little thin, but without question, they’re killing it. They just need to be careful with this surge pricing stuff… 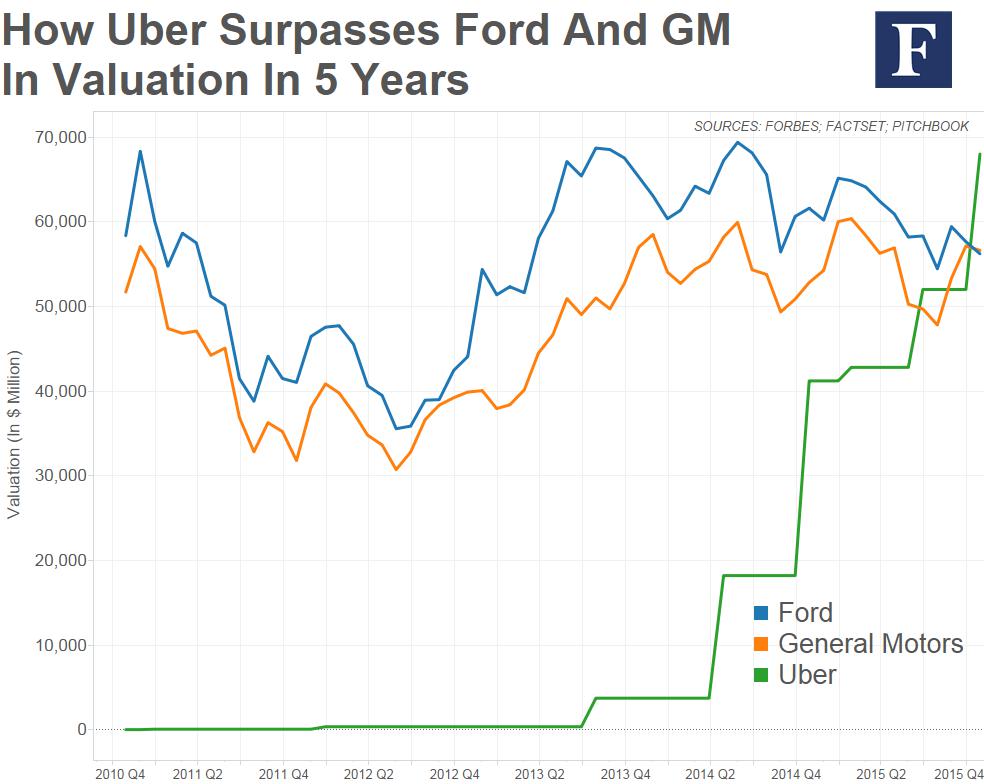 Founder of the Year: Stewart Butterfield
In 2002, along with two others, Butterfield founded Ludicorp with the intention of releasing a MMRPG called Game Neverending. That game didn’t launch, but instead the company founded Flickr. In 2005, Flickr was acquired by Yahoo!. Butterfield took a swing at gaming again by founding a company called Tiny Speck in 2009 looking to launch another MMRPG called Glitch. That game launched and failed. Instead, the team took the internally-built collaboration tool they were using while working on Glitch, and in 2013 launched that as its own product. That was Slack. This guy is amazing at fucking up. Which, from what I can tell, is the number one requirement of an entrepreneur and founder.

Best Technology Achievement: SpaceX Falcon 9
After five unsuccessful attempts, the 15-story rocket finally launched, reached sub-orbit flight, and then returned for landing without exploding. The ship is designed to run cargo into orbit (in this case it was carrying 11 satellites) and has the capability to get 124 miles off the ground. The feat earned the initiative top spot of the 2015 technology achievements, beating out the runner up, Tesla Autopilot. Elon Musk is acting CEO for both.

CEO of the Year: Mark Zuckerberg (A.K.A., Not Elon Musk)
Well, he’s not trying to save the world, but you have to give the guy credit; despite how many times you’ll hear people say they don’t use Facebook because “that’s what my mom uses”, the social network most recently reported over 1.5 billion monthly active users, earning over $4 billion in quarterly ad revenue in 2015. Facebook Messenger, which won the Crunchie for Best Messaging App, is approaching 1 billion users. Zuckerberg is reported to be worth almost $36 billion.