On this day something like a thousand years ago, a kid named Jesus was born in a place called Bethlehem. Or depending on who you ask, maybe it was Nazareth. Either way, he was born, and like most significant events, it definitely didn’t happen in Cleveland.

What’s most important is that on this day, every year, to celebrate the birth and life of Jesus, the miracle of pregnancy, and the value of discrete, socially coerced gratitude, we all give each other stuff for free. If there’s one thing that rivals the popularity of the teachings of Jesus and the emoji apps of Kim Kardashian (both certainly made the most of “self-employment”), it’s free stuff.

This Christmas, I could have gotten you anything. I could have gotten you a drone, a video game, a nice bottle of wine or even a contribution to your child’s University tuition. The problem with those gifts though, is that they all cost money. At the end of the day, I’m not that generous and realistically, I’m not convinced that your kids are going to make it past high school; they have more of that “informal tradesperson” aura about them, you know? Like a glass-blower, or a G4S guard armed with soapy water instead of pepper spray.

Plus, people love life hacks and so few of them are actually useful. Baking a quiche with a blow-dryer, cutting bologna into half-circles, brushing your teeth and all kinds of other whacky nonsense floats around under the guise of enhancement. I sincerely want your life to improve. In fact, I’m so committed to that goal that for the first time, I am sharing the four most useful life hacks I have ever discovered. Until this day it has only been me and a few privileged others who have had access to these gems of efficiency. In the spirit of giving, I now pass them along to you.

Use them often and under no circumstances use them without explicitly giving me credit. If I’m going to give something away for free, naturally I expect something in return.

There is no reason why a few steel walls and a couple of awkward strangers needs to come between you and your cell phone conversations. What if you’re discussing something important? Ok, you’re probably not, but honestly, what’s worse than playing that awful game of Phone-Back-After-a-Dropped-Call Chicken? Is it the person who originally made the call that calls back? Is it the person most convinced it was their fault the call was dropped? Is it always just the person who looks worse naked? WHAT IF YOU CALL BACK AT THE EXACT SAME TIME?!? Impossible. Luckily, it’s a problem with which you will no longer have to deal.

Just take the top left corner of your phone and press it against the elevator door for the duration of your ride. Resume the call when the doors open or throw it on speaker to bask in the obnoxious glory of your new favorite life-hack. 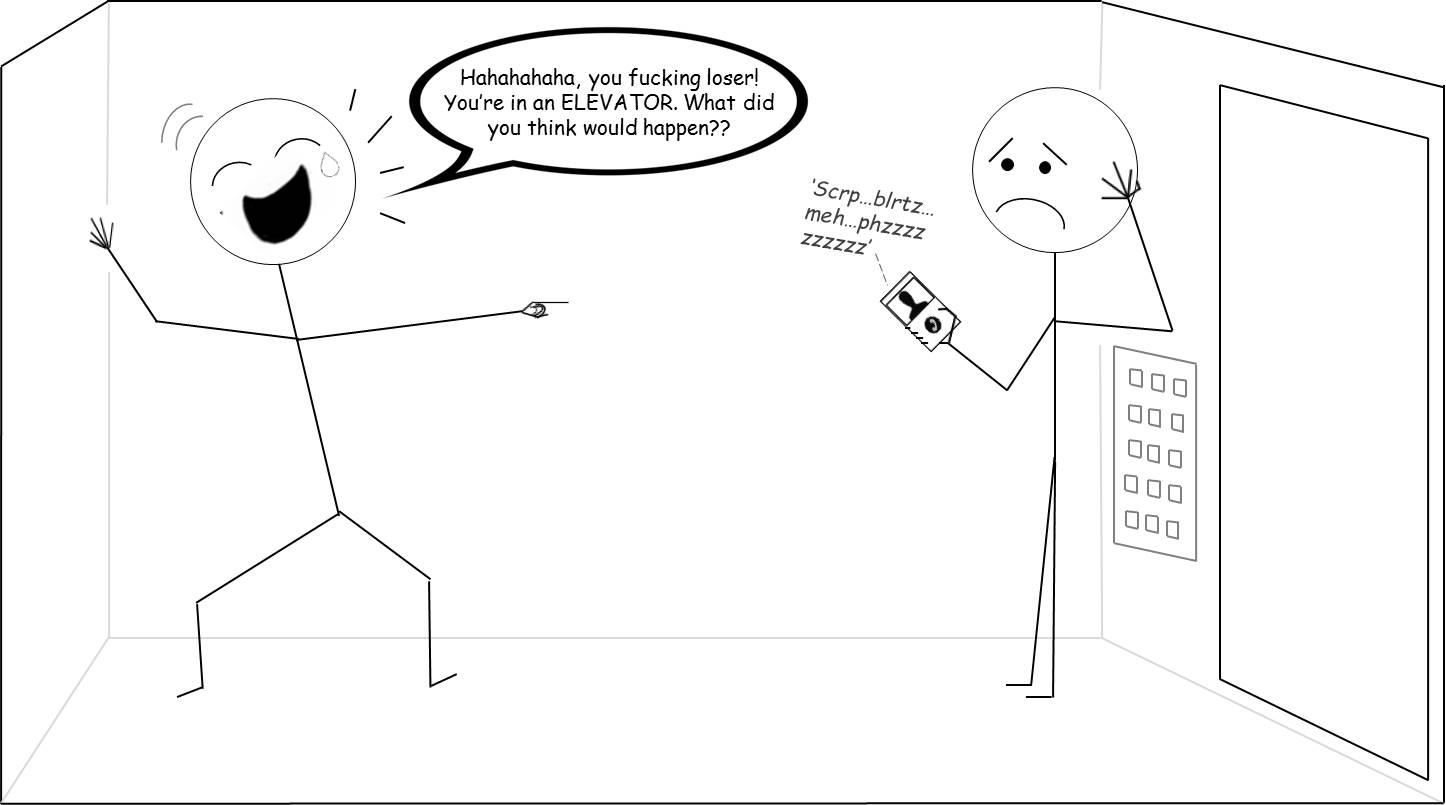 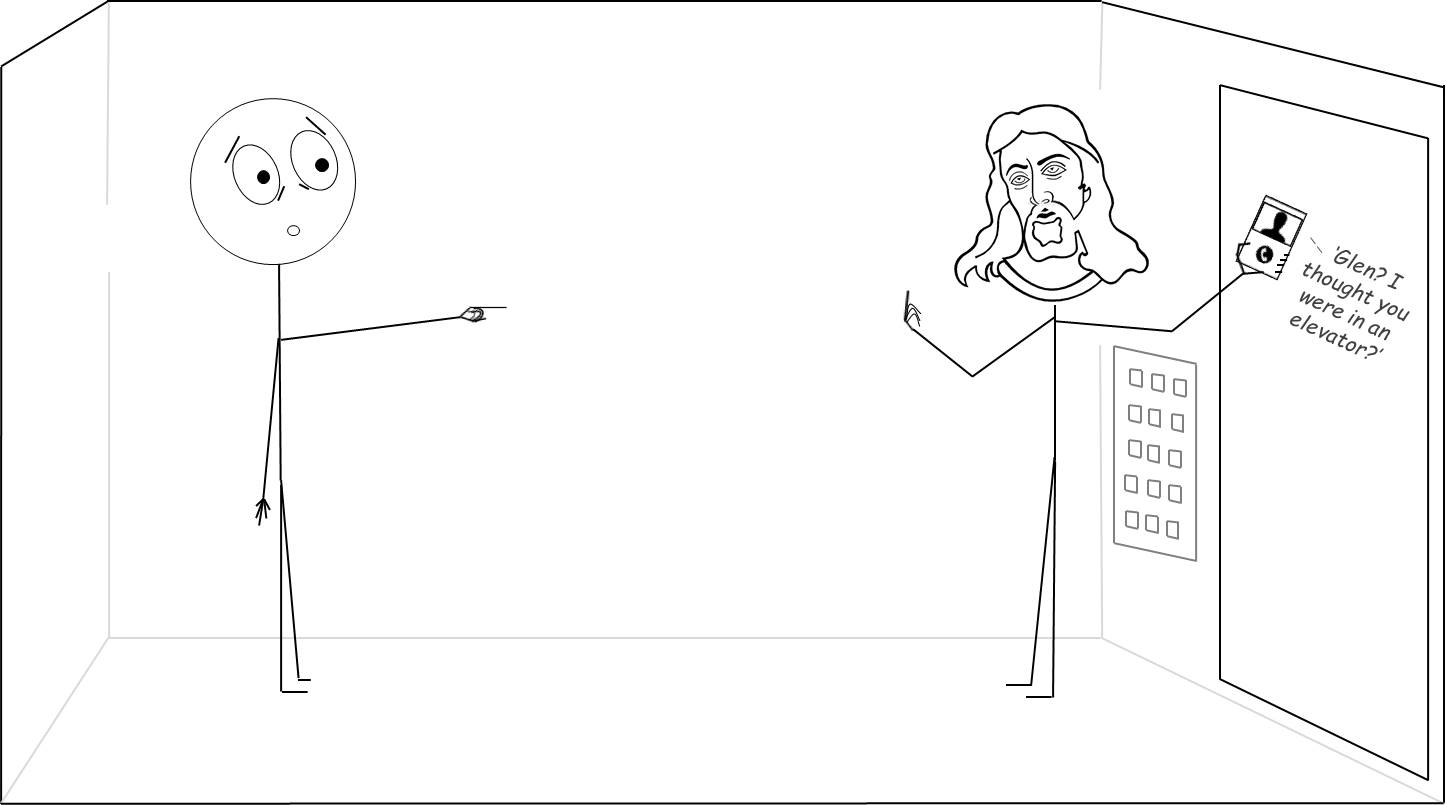 Instead of using obscure project names and other infinite, relatively ambiguous distinctions, do the following to get your email management game to the next level:

Trust me, this framework makes email life easier in so many ways.

It might feel weird at first, but over time you will see the enormous gains. Unless you use Gmail. In that case, email will always be a filthy, gut-wrenching nightmare and I can do nothing to help but pray that you are given the luxury of a quick and painless death. 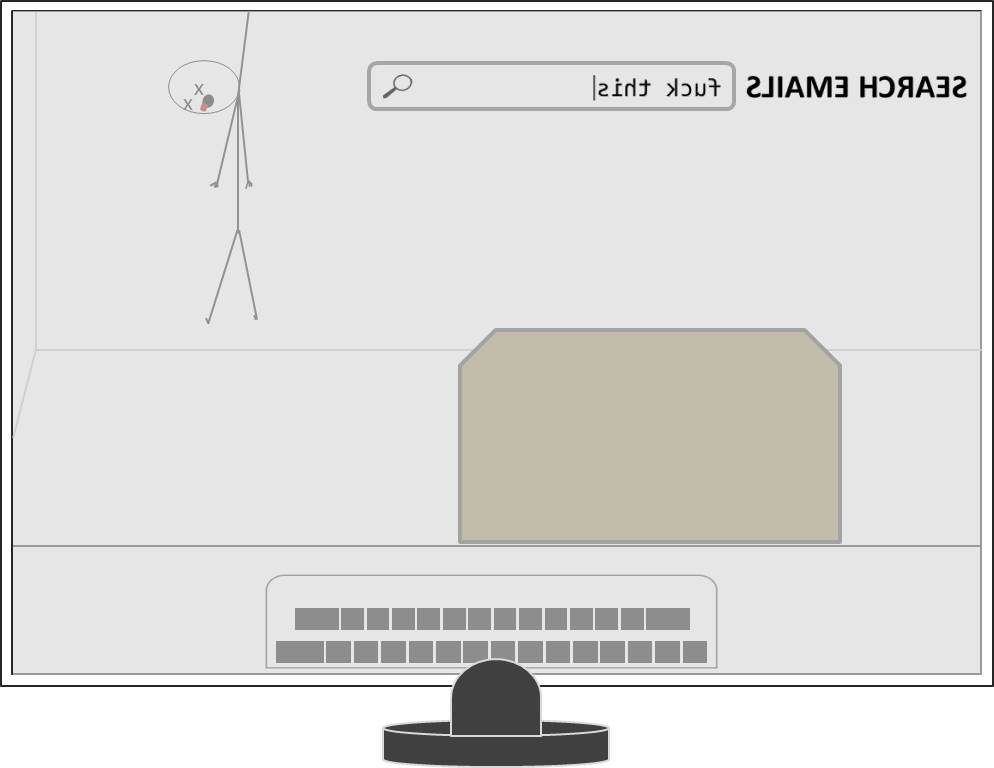 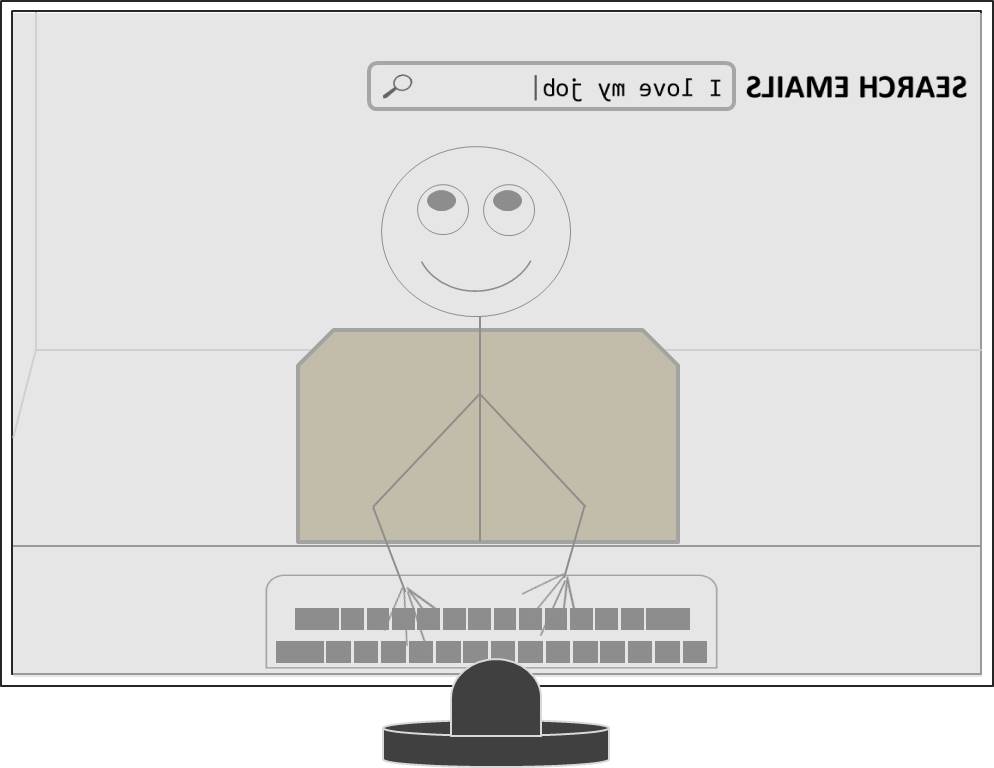 I would estimate that about 64% of all hot dog toppings applied end up on floors, napkins and people’s faces. Only 34% end up where they’re supposed to: in people’s stomachs. The other 2%, I assure you, you don’t want to know.

This method requires a little more effort and you will get a few confused looks, but when we’re talking about bacon bits, pickles, onions and shredded cheese, we must adopt a zero casualty policy.

Once the bun has been heated (if that’s what you’re into) politely ask the wiener-maid, “May I please have the bun now so that I can place the ‘toppings’ (feel free to use air quotes) underneath the hot dog?” Layer the bun with the fun, hand it back to the friendly sausager, watch them slip in the meat, pay them for their services, and then enjoy the entirety of your aggressively unhealthy meal. 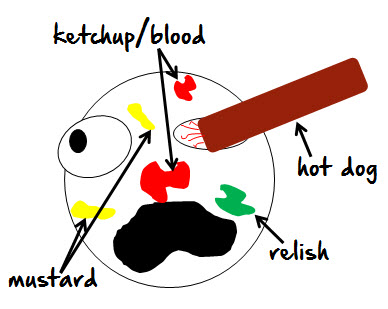 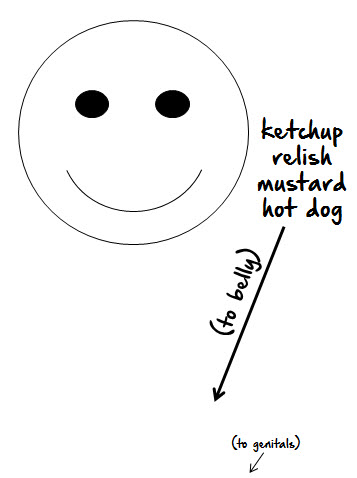 Squeeze The Juice Out By Biting the Thing

The human bite, using the front set of teeth (the incisors), can generate up to 55 pounds of force – it’s around 200 pounds if you work in the molars. Forget spiralled contraptions that could easily be confused for “adult” toys, re-purposed BBQ tongs and frail hands that couldn’t squeeze an egg out of its shell. As the 90s rapper Akinyele wisely advised us in his debut EP, just put it in your mouth.

Yes, for a few minutes afterwards you’ll be fighting off a bitter, barfy taste but it’s no worse than watching a Presidential Debate on Fox, and you’ll be so happy with the amount of juice you extract, you won’t even care about the more than manageable side-effects.

Over the holidays, you may also refer to “Teeth” for things like opening gifts, cutting tape, attacking tall burglars and making fun of Hilary Swank. 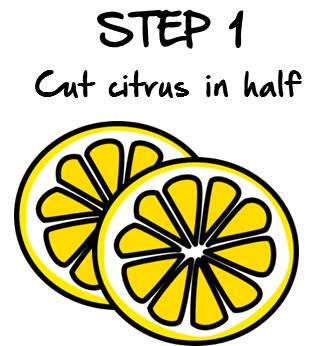 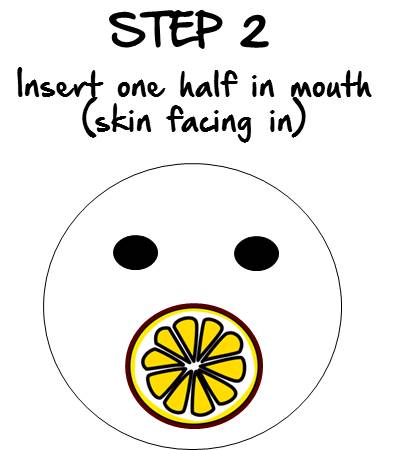 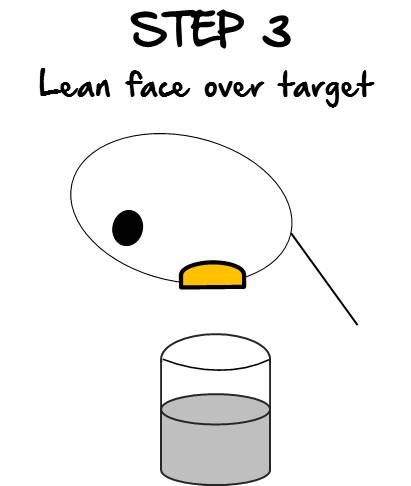 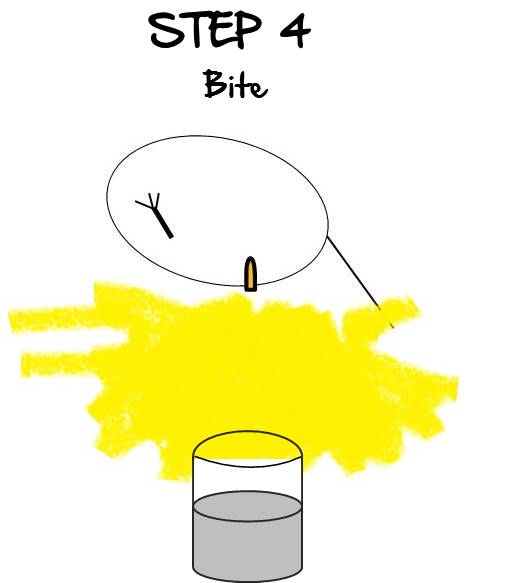