Fidget toys have apparently become a thing ever since this one raised way too much money on Kickstarter. Close on the heels of that success comes MoonDrop, a toy that promises to keep fidgety fingers engaged with a neat little “anti-gravity” trick. The slider on the device is designed to behave like it is under the effect of the Moon’s or Martian gravity.

MoonDrop, like the name suggests, was originally designed to imitate Lunar gravity. As middle school physics taught us, gravitational acceleration on the Moon is only about a sixth of what it is on Earth. Basically, nothing falls with a sudden loud crash on our lone natural satellite. It’s that muted effect of gravity that the Lunar version of the fidget toy demonstrates.

The slider for Moondrop Lunar is made from aerospace-grade aluminum. Take it all the way to the top of the body, and it will take 0.22 seconds to drop 38mm to the bottom. 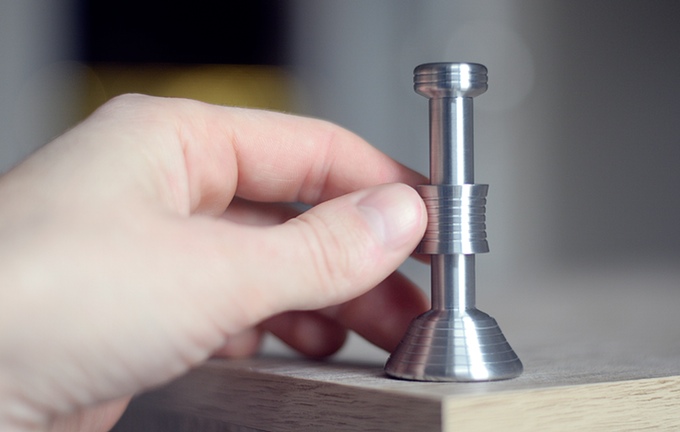 With all the hype behind Mars lately (plans to colonize it, testing designs for colonies there, et al), the makers decided to create a ‘Mars’ version of MoonDrop as well. This one has a copper slider which moves at the same rate as any free-falling object on Mars. To be precise (precise up to three decimal places, that is), the acceleration due to gravity on Mars is 3.711 m/s². Since it mimics that rate of acceleration, the slider takes 0.13 seconds to fall 38mm. Moondrop does not simulate the harsh Martian atmosphere or its rugged terrain, but other projects are attempting to do that. 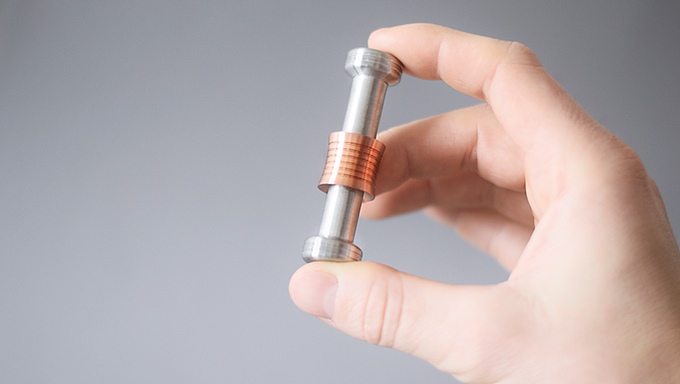 There’s also a secret Earth version of Moondrop within the aforementioned two varieties. All you need to do is remove the magnets inside the device, and objects will begin behaving like their normal selves during free falls.

MoonDrop does its apparent physics-defying trick by adhering to some basic laws of electromagnetism. Within its aluminum body, the toy holds neodymium magnets, which are considered the strongest permanent magnets in the world. The reason the slider falls at a slower rate than expected is because its own magnetic field opposes that of the magnets inside the device. This resistance is fine-tuned so that the rate of the fall is the same as the effect gravity has on falling objects on the Moon and Mars.

MoonDrop has had a stellar run on Kickstarter so far, making its original $6,000 goal look modest by raising $93,000. About three weeks remain in the campaign, so expect that number to go up significantly. You can have your very own Moondrop by pledging $25. Deliveries are expected to commence June 2017.